Bye, Edwin.  Hopefully Cleveland is good to you.

– In our top story, Dave reviews Clash XV, which ended up being a victim of trying to do too much in too short of a time.  There was nothing WRONG with the show, but they were trying to be everything to everyone and it was all rushed.  Dave thinks that perhaps they should have aired the first 90 minutes live and then taped the remainder of the show for TV in the following weeks.  It failed at everything but filling up TV time, which is pretty much WCW in a nutshell. 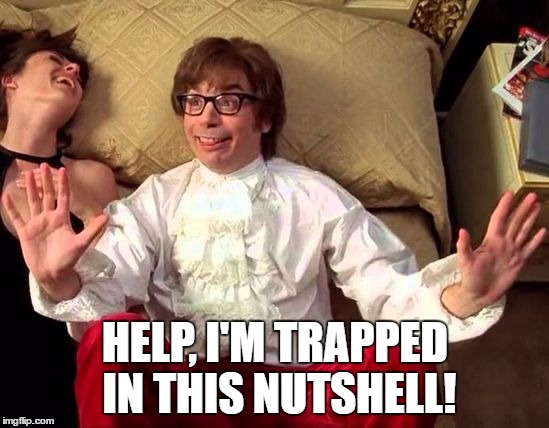 1. Tom Zenk & The Young Pistols beat the Freebirds & Badstreet in 4:54 when all three babyfaces used sunset flips on the heels.  About as good as could be expected given the very limited time. *3/4  It was so rushed that DDP couldn’t even tell the crowd that they were a bunch of coupon-clipping, Copenhagen-dipping rednecks, good God!

3. Dan Spivey pinned Big Josh in 2:48.  Dave notes it’s particularly insulting that they emphasize how inexperienced Big Josh is supposed to be when everyone knows it’s Matt Borne.  Also, he’s never seen any Japanese wrestler ever use the move that Jim Ross calls a “Japanese arm drag”  (THANK YOU!  I thought I was the only one that bugged.)  Spivey pinned Josh with a german suplex after Kevin Sullivan interfered.  1/4*

Paul E. Dangerously interviewed Jason Hervey, doing a shortened version of the Brother Love gag with Hogan from a few years back where he’d ask a question and then cut him off.  And of course he whacked Hervey with the phone and knocked him out.  The segment was good, but then never referenced again for the rest of the night.

4. Dustin Rhodes beat Terrence Taylor via DQ in 4:27.  Dave notes that the computer told Taylor “You’ve only got 4 minutes to get him over tonight.”  The match was so short that they went to near-falls right away, and then Ricky Morton came out for the DQ, as the ref just assumed that he was interfering on Taylor’s behalf.  Good while it lasted.  *3/4

5. Sting pinned Nikita Koloff in 9:32 with a rollup, in the only match on the show that had enough time.  Dave thought it wasn’t a good match and exposed Nikita as a worker.  *1/2

PN News did an interview with “Salt and Peppah” (in Dave’s words) until Johnny B. Badd interrupted.  Badd might not be able to work, but he’s hilarious walking to the ring at least.

6. Barry Windham & Arn Anderson beat Brian Pillman & El Gigante in a loser leaves town match in a ridiculously 3:07.  “They were already going into the finish during ring introductions” notes Dave.  Match was all hot action, until Windham kicked Pillman in the face and pinned him.  He’s already six feet under, might as well throw some dirt on him too.  The announcers immediately brushed off the supposed retirement of Pillman and no one believes it anyway, plus Windham didn’t even screw him!  *

7. Rick & Scott Steiner beat Hase & Chono in 8:14 to retain the IWGP titles.  Just a super match.  Chono broke Rick’s headgear with a Yakuza kick, so Rick tried to break Chono’s neck with clotheslines.  Give WCW credit for basically making it Japan-style with both teams as faces.  Scott pinned Hase with the Frankensteiner, and then the Hardliners attacked both teams.  ****

Next up, Sting met the winner of a fictitious lookalike contest (in reality Kevin Sullivan’s son Ben) (Hey, why isn’t HE in developmental by now? ) and then Nikita attacked him.  Ben’s mom on the show was Ben’s legit mom as well.  It was a great angle.

9. Lex Luger pinned Great Muta in 3:43 with a powerslam.  The length of the match kind of doomed it from the start.  They showed Bill Kazmaier in the audience and Dave is dreading that they’re bringing him in next.  Dave thought Muta doing the quick job here was a waste of a great talent and too quick to give Luger any momentum heading into the PPV.  DUD

10. Steve Austin pinned Joey Maggs with the stungun in 25 seconds.  Lady Blossom probably got over from the aerial camera shot alone.  DUD

Ricky Morton came out for the announcement of his joining the York Foundation in another incredibly rushed angle, and then turned on Robert Gibson and gave him a piledriver.  Could have been an awesome emotional angle, but they tried to squeeze it into two minutes.

11.  Ric Flair retained the WCW World title over Bobby Eaton in two out of three falls in 14:25, in another rush job.  Live crowd didn’t get into the match or buy that Eaton had any chance at winning.  Dave thinks that Flair has lost his magic from years of putting guys over, and the WCW title is getting close to worthless now.  (Oh, it’s about to get even more worthless.)  Match was technically good, however.  ***1/2

– The show drew a 3.9 rating, tying for second-lowest of all Clashes.  Basically they got killed by an NBA game, but even without it there was still going to be low ratings for this one.

– Scott Steiner suffered a major tricep tear at the WCW house show in St. Louis, ripping the muscle while skinning the cat during a battle royale.  (Huh, and I always thought it was the Hardliners attack that did it.)  So he’ll be out of the Bash PPV, which is more bad news for a show that already looks lackluster.

– Now, onto the story that gained strange amounts of momentum this past week, as Derrick Dukes took a dive in a boxing match against Mark Gastineau and became a celebrity.  The footage of the knockout became a laughingstock for news reporters in the days following. Not only that, but when reporters wanted to speak to Dukes after the fight, they were told by promoter Rick “Elvis” Parker and manager Rob Russen that Dukes was in the hospital with “spasms and shivers and was out of control”.

And then the next morning, a reporter from the National ran into Dukes at the airport, who was walking around without a mark on his face.  At this point Dukes apparently confessed to taking a dive and the paper ran with the story, but then Dukes denied ever speaking to the reporter.  The promoter noted that Dukes was paid $600 for the fight and “it would take a lot more than $600 to get somebody to take a dive.”

– The boxing commission reviewed the tape and thought it was a legit shot, but after talking to the reporter the next day, they suddenly weren’t so sure.  (Do they not have EYES?  He practically did a Marty Jannetty clothesline bump off it.) Further controversy erupted when someone actually checked the records for Dukes’ supposed 3 professional fights where he went 2-1, and discovered that no such fights occurred.  And no one in the media was aware of Dukes being a pro wrestler until Zane Bresloff of the WWF outed him.  Rob Russen is claiming that the whole thing is a New York media grudge against Mark Gastineau.

– In sad news, The National went out of business after losing $100 million in 16 months.  Dave was with it from the start, although the ending came abruptly, without warning.  (Dave retooling his writing style for the paper, and being mentored by Frank DeFord, was the combination of circumstances that really turned the Observer from a bunch of house show results with snarky comments into what it is today.)

– Vince McMahon’s WBF opened with a rousing success in Atlantic City, drawing 4.200 people to the Taj Mahal.  Really, it doesn’t matter if it was actually a success or not, because the point was to make everyone THINK it was.  Gary Strydom won the inaugural contest, which wasn’t exactly a secret in the weeks leading up to the show.  It was presented more like a Broadway show than a traditional bodybuilding exhibition, with guys doing “characters”.

– Dave finally did watch UWF Beach Brawl and thought it was a good first try.  The main event was a solid ***1/2 match, and the rest was OK.  It did 2000 buys nationally, which makes it by far the least-bought show in wrestling history.  (Until TNA.)

– Jushin Liger finally regained the IWGP title from Norio Honaga on 6/12 in the best match of the Budokan Hall show.

– Yet another splinter promotion is forming in Japan, and Dave thinks it’s an angle but everyone assures him it’s legit, as Mr. Pogo is splitting from FMW to form “Wings”.  (W*ING, to be exact) Pogo and others are jealous of the success that Onita is having, while not sharing in the wealth.  Pogo wants to use Jose Gonzales as the lead heel in his promotion.

– Tenryu has taken over operations of SWS and interest is picking up as a result.  Yatsu & Haku as the top heels appears to be catching fire.

– Randy Savage is trying to work out a deal with All Japan so that he can work there while staying with the WWF in the US.  Unfortunately he doesn’t appear to understand the political landscape and this probably won’t go well for him.

– Joe Pedicino’s takeover of the ESPN timeslot was finalized on Monday and they’ll be taping a shitload of stuff, including a tournament for the first GWF TV title.  ESPN was denying everything up until the moment they pulled the plug on Jarrett.

– Jerry Lawler’s return to Memphis unfortunately only juiced the crowd to 465 people, which is an incredibly sad state of affairs.

– Terry Funk is going to test his back for a potential comeback match against Bob Backlund in August, but if it doesn’t hold up, then that’s probably it for his wrestling career.  (This was written TWENTY FIVE YEARS AGO.  He’s still wrestling today!)

– To WCW, where Dusty Rhodes is definitely off TV due to orders from on high.

– The St. Louis show drew 1700 people to the arena, which pretty much means the end of their deal already.  They paid Sam Muchnick $2000 to come out and greet the fans in a desperate attempt to buy respect in the city.  They promoted it hard, but people just don’t want to see the product right now.

– To the WWF, where Dave discovered that the Summerslam main events will be the wedding of Savage and Liz (after only 7 years of marriage in real life) and Hogan & Warrior v. Slaughter & Mustafa & Adnan.  The latter could be setting up Warrior turning on Hogan, Sid Justice turning on Hogan, or Mustafa & Adnan turning on Slaughter.  (Or absolutely nothing could come of it, which is what happened.)

– Haku is pretty much being sent to Japan full-time now, which makes everyone involved happier.

– Coach John Tolos is already flopping as a manager.

– And finally, the Legends of Wrestling theme for the stadium show in St. Louis has been dropped, since literally everyone they asked has turned them down.

Next time:  ALL HELL BREAKS LOOSE.  I am not exaggerating in the least.