Trials Fusion is an unholy marriage of Sonic The Hedgehog and Tony Hawk’s Pro Skater. While masquerading as an over-the-top motorcycle racing game, in reality it’s a tough-as-nails platformer.

Seriously. Between the flips, jumps, spikes, flame pits, loop-d-loops and bounce pads, I half expected Doctor Robotnic to swing a giant wrecking ball at me at the end of the first world.

It’s also a game I’d never buy. When the kind folks at Ubisoft graciously gave me a review code thanks to this blog’s surprisingly pungent demographic, I figured I’d see if the title was worth a go for people who wouldn’t normally seek this kind of thing out.

In more words? It depends. I
played the first two Trials games with friends, loved the multiplayer,
and found much joy in the nearly endless number of free downloadable
levels.

So playing the game by myself makes first impressions strange. The title menu is a strange techno / EDM / Sci-fi infused vomit of color and options, and the vibrancy is striking compared to the understated nature of the first games. In fact it seems bigger and brighter is theme of Fusion, and by the end of the tutorial mission I had already performed more jumps over bigger gaps doing more flips than I could ever pull off in the previous titles.

But while jumps and flips are nice, in reality Trials
Fusion takes the unsung hero of motocross – balance, and applies it to
videogame platforming. you’ll be adjusting your weight from the front to the back of the bike in order to change your spin and angle upon approaching the ground. Land too slanted you’ll topple over, land too flat and you’ll lose all your momentum.

As a result, going as fast as you can in this game isn’t
always the best course of action. When you have a motorcycle between
your digital legs, that’s a hard ball-bearing to swallow. Much like how Sonic the Hedgehog promotes its speed, but also requires great reflexes and even occasionally patience, Trials Fusion promotes its insanity but requires deliberate thinking.

But, if
you’re willing to suppress your inner speed demon, you’ll find a
challenging experience with a rewarding aftertaste (if your mouth isn’t
filled with dirt or snow). There are times you’ll come across a seemingly insurmountable wall, only to adjust your balance juuusttttt enough to make it over – and in that moment you’ll feel more accomplished than all the triple back-flips in the world can offer.

Each level features objectives to complete in order to unlock more stuff, and while some are simple – do X number of flips, don’t crash, and so on – some of them are downright insane – including one that requires you to crash your bike in a way that launches you, ass-first, onto a flag pole. This is not only possible, but by the time you reach this point in the game you’ll be so comfortable with the controls you’ll be excited to see if you can do it the first try.

There’s dozens of tracks available after you make progress in the campaign mode – unlocking new bikes (and an ATV), gear, and assorted goodies along the way – but the real showcase is in the absolutely bizarre stuff folks online come up with.

There’s a level that involves you toppling ass over bike for roughly two solid minutes down a stairway, completely without control, only for the game to ask you to stick the landing after this dizzying display.

Thus you would think Trials Fusion offers infinite repeatability, and if you don’t have any IRL friends, it does. Getting gold medals on tracks and trying to top leaderboards are the kinds of challenges that can make a person play this game for years if they so choose.

But if you’re looking to sit down and play with like, a real human being, you might be a little bummed. There were only 8 relatively sedate levels to partake in, and with races only being a couple of minutes long, we had seen and done it all in no-time flat. There was nothing new to discover in that mode.

Ubisoft has said all kinds of new content is coming to the game to sure up the multiplayer experience – but that has yet to materialize.

Ultimately I’m not super stoked about Trials Fusion – it’s a weird title when you think about, a platformer with no jump button, and a motorcycle game that requires more strategy than reflexes. But that also makes it unique and something worth coming back too when other titles fail to scratch whatever itch it is you have.

Because it’s so weird, because it’s so unique, because it’s so not what you think it would be – you kind of have to applaud it for the effort, even if the result isn’t up everyone’s alley – kind of like that not-action-movie with Ryan Gosling, Drive. 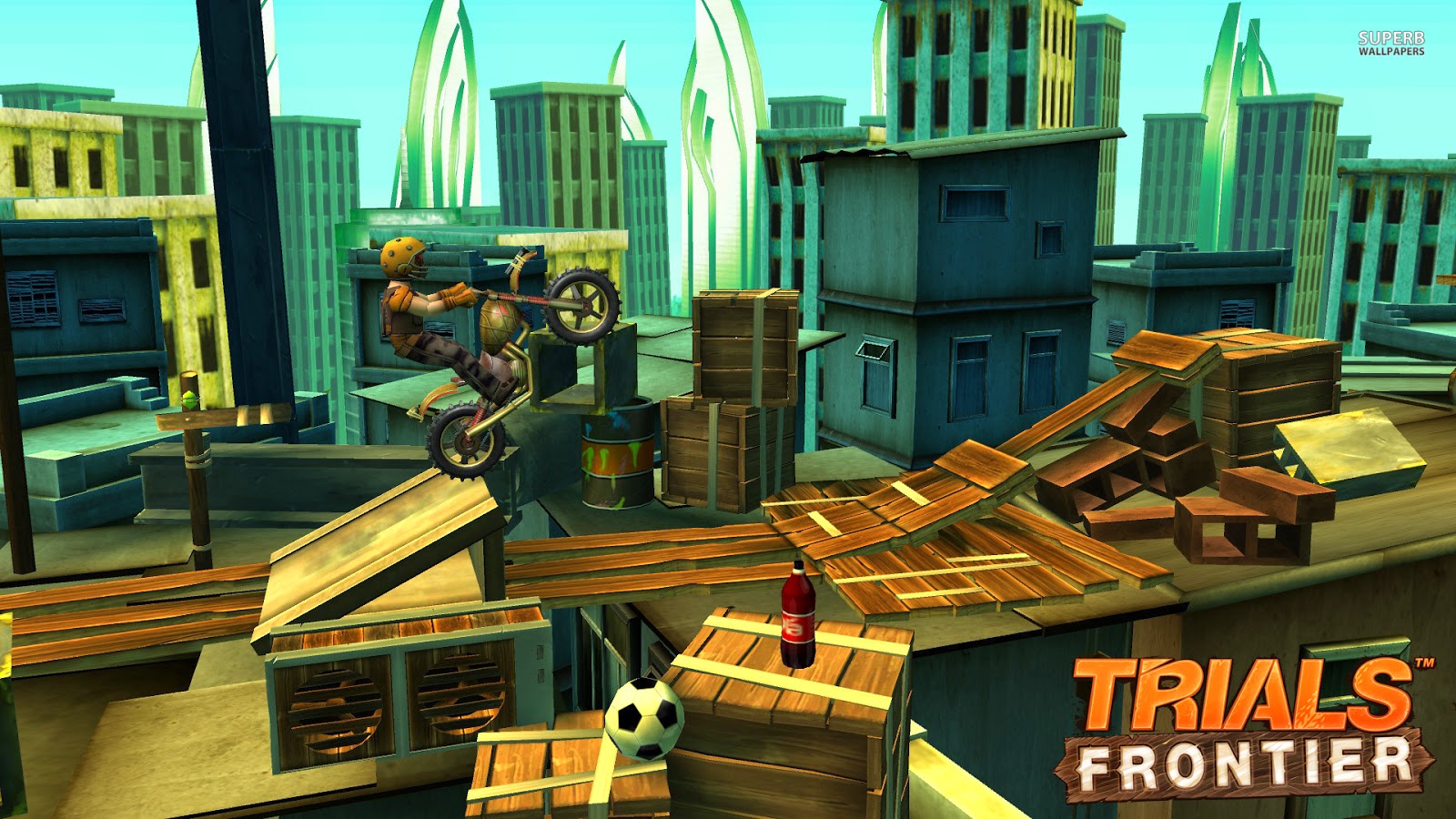 HOWEVER, because you guys are Blog Otters for life, I will say that this game’s wild-west themed iOS / Tablet cousin, Trials: Frontier, is completely free and perfectly suited to the platform where you’ll be playing in 10-15 minute bursts, as opposed to the hours you’d want to invest in a given console play session – and I like that version quite a bit more than this one, simply because a game that’s ‘pretty good’ on consoles can quickly become ‘really great’ when you have it everywhere you go. Trials Frontier is free-to-play so it’ll occasionally bug you to sign up for X or Y, but the gameplay is so sold and such a blast on mobile that you forgive it immediately.

Anyway, Trials is a franchise that I’m happy exists, even if it’s not what I personally seek out when it comes to games – I’m happy I played it, have it, and can encourage others to enjoy it if they think they will (and you would), but for whatever reason, Fusion didn’t gel the way I though it would.


Is the whole Zahorian 'Steroid Trial' thing overstated?  It's been said that Hogan and Warrior were out of favor because they were obvious 'roid guys carrying the company banner.  Yet we had Hogan & Sid headlining Wrestlemania and a returning Ultimate Warrior facing the WWF Champion (Savage) at SummerSlam '92 (and, supposedly, slated to win the title & go heel if I remember your previous words correctly).  Flair, Hart, and Yokozuna took it away from the 'muscle man' image a bit, but the undercard was still littered with them, they went out and signed Lex Luger, brought back Hogan for Wrestlemania IX, etc.

So my question is: was the impact of the Steroid Trials overstated or was it just a convenient excuse for pushing Hogan's act and Warrior's unpredictable nature out of the title picture?  The whole "no obvious steroid guys as champion" thing just doesn't seem like a reality.

Oh no, it was definitely eating Vince alive from the moment it started.  There was very real fear on his part that he was going to end up in prison and it's absolutely the reasoning behind the main event talent purges in late 92.  You'll notice that Hogan was a skinny shadow of himself in 93 without the gas, as were quite a few other guys like Savage.  Panicked Vince gets RESULTS.