Who will win the vacant American tag team titles? How will Hercules fare against the nefarious yet beloved Adams? And just who in God’s name is wrestling Kevin tonight? 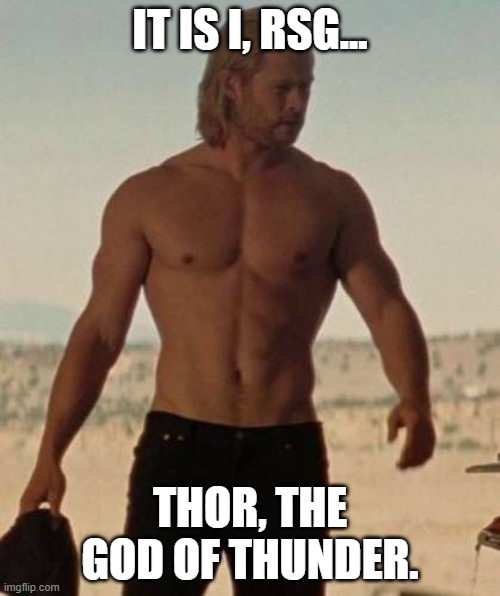 Waiting for the Trade
by Bill Miller

Why I Bought This: This
was in the discount bin of my favorite comic shop and as I love me some
Avengers and this premise could be interesting (see below), why not?
The Plot: Released
in conjunction with the first Avengers movie,
this is not so much a plot as a collection of stories over the years that focus
on the relationship of the Avengers “Big Three” of Captain America, Thor and Iron Man.

Chapter 1 – After the resolution of the Secret Empire
storyline in which the President of the United
States was revealed to be a traitor and killed himself in
front of Cap to prevent capture, Steve is disillusioned with America. He
considers giving up the Captain America identity and talks to Thor and Iron Man
about it first (and later to Falcon, Peggy Carter, Vision and Sharon Carter).
He ultimately decides to give up the name and mask.

Why I Bought This: I
love me some Liefeld art and I love me some Avengers. So even though Heroes
Reborn is notoriously bad I grabbed it off Amazon after I had previously found
issue one in a $1 bin and thought this is a promising start and the art is
terrific so maybe it’s better than its reputation. Alas Liefeld only draws two
chapters and as for the writing, read on.
The Plot – The
Avengers died fighting Onslaught only to be reborn in a pocket universe where
basically their origin starts from scratch thus allowing us to see what the
Marvel Universe would be like if it had been created by Image in the 90s
instead.
(spoilers below)

Chapter 1 – Loki arrives in the Reborn Universe and notices
there is no Asgard here. Meanwhile Donald Blake is an archeologist and he finds
Thor frozen in a block of ice. Loki’s astral form peaks in on the Avengers
although he does not recognize any of them and through him we meet Scarlet
Witch, Swordsman, Hawkeye, Hellcat (looking a lot like Tigra), Vision and Cap.
Also years before the ultimate universe and movies we have Nick Fury and SHIELD
in charge of assembling the Avengers. The team is sent to Blake’s location and
frees Thor from the ice. Loki then appears and tells his brother the Avengers
are responsible for his fate and we get a fight scene. But when Cap saves Thor
from Loki’s backstab and Thor picks up his hammer he sees the truth (and almost
remembers Onslaught but takes it to have been Ragnarok instead). Thor decides
to join the Avengers. Loki retreats and recruits Enchantress who reveals
Scarlet Witch is her daughter.

Critical Thoughts:
The Heroes Reborn arc is a notoriously bad era for the Avengers and for the
most part this trade lives down to that reputation. Look at how many writers
and artists thing has for a one year stint. No wonder it never gels into a
solid story. The one thing I will say in its defense is Liefeld’s original
vision for this title is actually better than the jumbled throwing everything
at the sink with a side of meta commentary abomination that Simonson turns it
into when he takes over from chapter 8 on. Don’t misunderstand: I am not
arguing that Liefeld is a better writer than Simonson. What I am saying is that
Liefeld at least presented a coherent vision of a superhero team book even if
that vision was a mostly bland retread. Simonson on the other hand is bending
himself into pretzels to undo Liefeld’s story while also finishing it up and
preparing for a larger crossover to get the characters back home. Look at the
chapter recaps: Liefeld’s chapters are more or less short and to the point,
Simonson’s are big unwieldy things because he has so many random tangents in
them.

Why I Bought This:
It was in the discount bin of my favorite local comic shop and has a hell of an
intriguing cover of the Avengers big three taking on Juggernaut, Crossbones and
Ghost. Those first two villains can usually both be counted on for a good
story, and even though he hasn’t been used since the 80’s Ghost was presented
as a serious threat back in the day during Michelene’s Iron Man run. Throw in The
Avengers have always been my favorite title and sometimes you just buy a
book because the cover looks like it promises a fun fight.
The Plot: The
Thunderbolts, now a group of inmates working towards parole by taking
government missions under the supervision of Luke Cage, are sent into the
Shadowland. Then in the main event for issue 150 three of the most unrepentant
members of the team: Crossbones, Juggernaut and Ghost escape and have a throw
down with the Avengers big three.

Also Mark Bagley’s art is fabulous with lots of beautiful splash pages. And he draws a heck of Thanos,

Grade: B-. A
pretty fun story if you don’t mind the cosmic continuity gaps.
Waiting for the Trade
by Bill Miller
Fear Itself

by Matt Fraction and
Stuart Immonen