Skip to content
Bad day for Seth Rollins. How long do you give it until he's jobbing to Fandango on Main Event?
​What, for this?  Honestly I don't see the big deal… 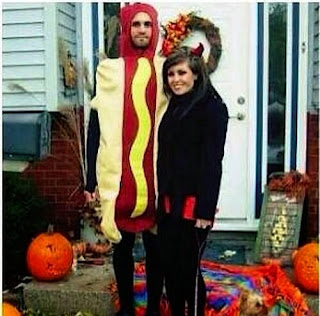 Only three months until he gets to main event Wrestlemania!  Sufferin’ succotash!

Scott,
Seth Rollins' theme sounds like the musical version of clip art. Did WWE cut back on the budget for entrance music, too?
Howard
Yeah, ever since Jim Johnston moved into the movie division the entrance music has gone to SHIT.  Their in-house ripoff band does a decent job pumping out crap for them to sell on iTunes, but really what was the last memorable theme that they came up with as a company?  Ziggler's maybe?
Would this make him the first openly gay main eventer in WWE history?

​Well that’s quite the headline for a post. Although I will say that Seth’s personal life is his own business and to date he’s never made any statements about his leanings one way or the other.
But to answer the question, Pat Patterson was openly gay in the 70s and headlined for years.  So no.  ​
Scott,

Where do you go with Seth Rollins now that they pulled the trigger on the Shield breakup? Wouldn't it make sense for him to win Money in the Bank, cash in on a prone injured Bryan and hold it strong till Wrestlemania? Then you could have Roman win the rumble, beat him in a hopefully incredible match and you'd have 2 made guys as single stars.
​Hey, whoa, I like Seth Rollins as much as anyone, but let's not get crazy here.  If Hulk Hogan time-traveled from 1984 to sign with WWE today even he wouldn't get that kind of push.  Let's just see if he can get over as a heel before booking WM main events around the guy.  ​
http://camelclutchblog.com/former-wwe-writer-seth-mates/

Seth always makes for a good read
Yup.  Plus he retweets my stuff all the time.

I don’t know why the announcers keep calling them by the wrong names here.  Very amateurish and distracting.

On the subject of Hogan at Summerslam 2002 and whether Edge was rumored to win the RAW chamber as a surprise at Survivor Series, I shot a quick Tweet to Seth Mates and here’s what he said:

We first got word the Vince wanted to the put titles on Shawn and Big Show at Survivor Series while on tour in Europe, which was late October. The only alternative for HBK I heard about was RVD, which was pitched hard. Big Show was still a punchline then, so we pitched a million scenarios, Edge & Benoit among them. It was originally supposed to be Brock beating Hogan, but Hogan said that he wanted the title and Vince told him off.  Also – no idea what the plan for Austin would have been for Summerslam, but he’d been programmed with Guerrero & Benoit at the time and wanted to work with them.

I did some translation from Twitter to English there, by the way.  Thanks, Seth, you rule as always!