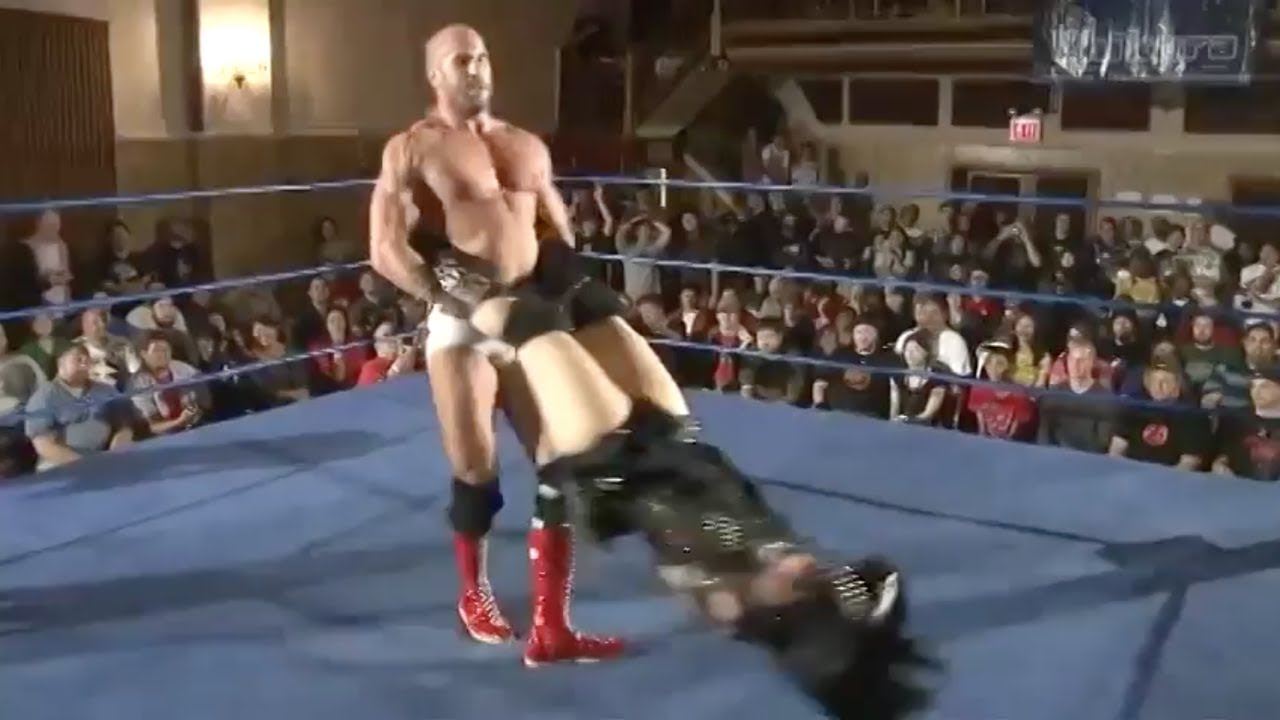 We live in a world where Manami Toyota gave Cesaro the rolling cradle. Life is so weird.

Welcome back to another Dream Matches column! This time, I have a wild CHIKARA match- MANAMI TOYOTA vs. CESARO!! With Mike Quackenbush and Sara Del Rey as their partners! I’ve had my eyes on for a while but was avoiding because of the length, but it turns out it’s really goddamn awesome!

And we follow that up with a very “Before They Were Stars” showdown, as John Cena as the super-lean, roided to the gills “Prototype” takes on WCW reject Chase Tatum, who has to lead the match! Back to All Japan, as John Tenta’s “oddly-skinny rookie run” has him teaming with Yoshiaki Yatsu against… Bruiser Brody and Jimmy Snuka!?! Then we cap it off with some WCW Saturday Night goodness, as Barry Darsow & John Nord take on Disorderly Conduct.

LUCHA RULES (leaving the ring counts as a tag):
MIKE QUACKENBUSH & MANAMI TOYOTA vs. CLAUDIO CASTAGNOLI & SARA DEL REY:
(CHIKARA, 19.09.2010)
* Okay, now THIS is an interest mix of characters- friggin’ CESARO vs. TOYOTA?!? I’m there, dude. This is CHIKARA owner Mike Quackenbush teaming up with Manami again, but in a tag team match, and their opponents are the future Cesaro as an indie darling under his real name- long, lean and already bald, in white trunks. His partner is Sara Del Rey, who… okay I don’t know jack shit about modern women’s wrestling, but I’ve heard she’s respected. She was big in Shimmer, a women’s promotion that I always found to have a very clutzy-looking style of wrestling (but I’m a puro snob when it comes to women’s stuff, and ’90s AJW casts a WIDE shadow over low-budget American indies). She also went to ROH, CHIKARA and has been a WWE trainer since 2012.