Well thank Jebus. We almost had a bunch of wrong-sounding Muppets.

http://www.f4wonline.com/more/more-top-stories/96-wwe-news/42760-wwe-news-brock-lesnar-advertised-for-june-22-raw
I guess they finally figured out that actually using or at least mentioning the guy they're paying 5 trillion a year for might be a sound business strategy.
hi scott,

How much different would the last two years be if the return of Batista wasnt spoiled and he was just an uber surprise entrant in the royal rumble who won?  i understand why they announce returns ahead of time trying to spike ratings, but it gives fans too much time to pick things apart instead of just being generally surprised and you know let things play out and see where they go.  would fans have booed Batista if they weren't prepared for him? and IIRC he was spoiled by some arena marketing his return was wwe original plan have him be a surprise or were they going to announce? thanks

​The problem is that you can have an "uber surprise" entrant in the Rumble and even have him win (like Edge) but at some point if you're factoring a guy into Wrestlemania plans and making him World champion, there are people who need to know well in advance for marketing and merch purposes.  And then it becomes extremely difficult to cover that up.  Not to mention that you're already wasting the entire point of bringing him back if you don't tell people about it.
Yeah, the dynamic was really messed up, but the problem was that Daniel Bryan was too popular and the promotion wouldn't acknowledge it, not that Batista wasn't a good choice to win and go to WM.  He was just the wrong guy in that particular unique situation.​
On Episode 23 of The Kevin Kelly Show, Kevin welcomes back PTBN favorite Dr. Tom Prichard. Tom talks about what he is thankful for, booking styles in the past in contrast to modern day, his favorites bookers to work with, his thoughts on John Laurinaitis, whether or not he would purchase WWE if he had the chance and much more!
Kevin & JR then discuss Thanksgiving wrestling memories, Survivor Series, TNA and more before hitting up the always popular trending topics! They then close things out with a couple of Turkey Day themed games!
So please join us for another great episode of the Kevin Kelly Show!
The Kevin Kelly Show Episode 23 – Dr. Tom Returns 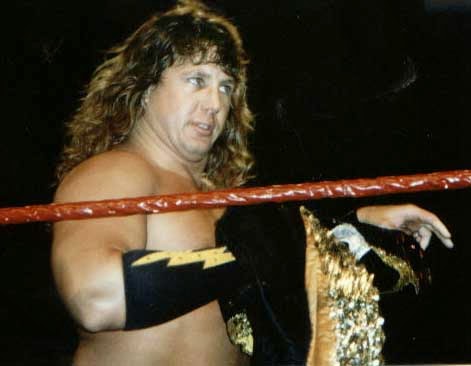 After what seems like a decade on the shelf, the former Evan Bourne returns to television tonight, teaming with CIMA against Masato Yoshino and one of the only men with a true case to win WOTY this year, that being Ricochet. It’ll be interesting to see how much he still has left in the tank. The card also has a main event that’ll serve as the climax to a great storyline arc, a tag title match that will steal the show, and breakout high flyer Flamita defending against perennial o.g. Dragon Kid. Dragon Gate’s big pay-per-views always deliver big time, both from a match quality standpoint as well as top-of-the-line presentation.

Straight from WWE.  I have no problem with Hogan being a part of the show and him acting as host to fire up the crowd is the best option for him.

Was reading a lot of the comments in your last RAW review and it got me wondering:  When Cena returns what happens?  Does he get his top face spot back and Daniel Bryan is put a notch below him(kind of like CM Punk was after his 'summer')?  Or do you think Daniel Bryan will eventually remain the top face with Cena?  I'm worried cause this whole storyline screams of all the babyfaces being defeated and Cena returning as the final hope and getting the revenge for the locker room against the 'evil empire'  I don't see Bryan ever getting his revenge payoff…plus you just know he's gonna be the scapegoat for the ratings drop too.

On another note, with all the emails he sends you, have you ever considered releasing a 'Best of Jesse Baker' compilation for purchase on the Kindle?  Scott you may be sitting on a gold mine!
Jesse's obsession with me waxes and wanes.  I'll get a bunch of e-mails from him sometimes then he'll go months without contacting me again.  He's a tough one to figure.
As for Cena, yes, I think they're going to panic over the freefalling ratings and dropping buyrates and plug him in as the savior.  And here's the irony of the whole situation:  This Bryan storyline was built on HHH and Stephanie demeaning him for being a "B+" guy who can't draw money on top and is too small to be champion, and that's exactly what we're seeing in real life.  There's a weird faith in Wrestlemania being the ultimate payoff for stuff, when that hasn't been the case at all for anything outside of Rock-Cena in years.  The show this year is clearly gearing up for Cena-Undertaker and Rock-Brock in some combination (assuming Rock can/will work the show) and you think HHH is going to get his comeuppance six spots down on the card?  I think not.  Plus really, the Corporation storyline doesn't have legs for much longer without adding some new top guys to the mix.  The announcers are all "OMG, Daniel Bryan is the new locker room leader!" but who really joins him in standing up?  Everyone else just kind of passively does what HHH & Steph demand of them and takes the matches assigned at their assigned times, and hell even Bryan does it too.  And now we're getting Boobless Bella added into things in the most misguided audience reading in a good long while.  Note to WWE:  Total Divas is a hit with teenage girls and housewives and John Orquiola, not anyone actually watching the product that people pay money for.
Others have said it before, but I'll say it again:  I do not watch wrestling to see real life job frustrations portrayed by people making millions of dollars a year.  Being forced to work for the owner's idiot daughter and doofus asskissing son-in-law and never being able to get any revenge is hitting way too close to home for people.  Austin v. McMahon worked because was two people playing cartoon exaggerations of archetypes (the rogueish Everyman and the Evil Boss), and the audience could project themselves through Austin's revenge on Vince because the morality play was SO broad.  This storyline is frighteningly specific, with the babyface side cow-towed because they're afraid to speak up for fear of losing their tenuous employment while working for a monopoly in a bad economy (ala Big Show) and being having to answer to the guy who never wants to look bad and his wife who can't ever look bad because she's the owner's daughter and everyone knows it.  The only guy who's ever been portrayed as having the balls to say anything is off in some bizarre parallel universe of walruses marrying silverbacks that never intersects with the main storyline for some reason.  I mean, really, no one ever stops to ask Punk "Hey, isn't HHH a dick?" and let him talk for 15 minutes about it?  It's like, the storyline is Bryan being backed up by a group of misfits and losers, who are then portrayed in storyline as a bunch of misfits and losers, so why do I care about any of this?  Dolph Ziggler stood up for himself, got beat down repeatedly by the Shield and now he's headlining the pre-game show against Damien Sandow and MIGHT ACTUALLY LOSE THAT MATCH TOO.  Why do I want to invest anything in these characters?
So yeah, Cena's coming back and probably wrestling Orton again.
http://www.f4wonline.com/more/more-top-stories/96-wwe/29933-wwe-undertaker-house-show-waco-texas-damien-sandow-wade-barrett-wrestlemania-cm-punk
Well there you have it then.  Bet that crowd was going crazy.

It appears that Mark Henry has finally returned to save us.

The issue, of course, is that Mizark is a monster heel, and they have like 100 upper-level heels right now, with Orton set to go heel also. So where do they go with a guy who was one of their hottest acts? There are logical answers (Sheamus, Ryback), but they're about telling stories, not logic.

Yeah, my first thought would be Ryback as well if they want to do an unstoppable v. immovable type match at Wrestlemania.  I'm just hoping that Henry can keep up his motivation and quality when he's back from injury, because he can EASILY be slotted into the main event again now with so little depth on top.