Over the next three weeks all the reviews are going to have a theme, in that all of the events I will be reviewing will have all taken part in the summer of 1996. We’ll be journeying to the WWF, stopping off in WCW and then finishing our trip by paying a visit to ECW.

This week we’re starting off with the WWF and their King of the Ring event from June 1996. I went with KOTR over the other two pay per view events the WWF put on that summer because it’s probably the overall best of the three and we also get to see Stone Cold Steve Austin taking a step to becoming the biggest star in the entire industry, which should give us an interesting angle to view the show from if nothing else.

I’ll be watching the Silver Vision Tagged Classics version of the show over the WWE Network cut, mainly because I think the Silver Vision version doesn’t dub out “Don’t Go Messin’ Wit A Country Boy”, and if I’m going to suffer through a Godwinn’s match then I at least want to enjoy the only part of their act that I actually liked.

This show was originally supposed to be a real coming out party for Triple H, as he’d win the tournament and no doubt go on to get a sizeable push for the rest of the summer as a result. However, The Curtain Call incident at MSG put a stop to that, as Triple H was the only one of the four that Vince McMahon could actually punish for it, so poor Tri saw his reign as King snuffed out before it could even start. And thus, the wrestling world never heard of Triple H ever again…

Aside from the tournament itself, we’ve got a wacky storyline in the Main Event where Davey Boy Smith’s is challenging Shawn Michaels, Goldust is defending the IC Title against an enraged Ahmed Johnson and Mankind is having his first ever pay per view encounter with The Undertaker. So yeah, there’s a lot on the docket, so let’s stop chatting wham and watch some chuffing wrestling!

Let’s finish off these King of the Ring reviews. I’m not especially looking forward to this part, mainly because I don’t have particularly fond memories of KOTR as an event during the Attitude Era. Anyone who has had to live through the fresh heck that was KOTR 1999 will know what I mean.

However, there’s at least one match on the docket today that I remember being decent, so hopefully it is and I’ve not just imagined it.

Back to the WWF this week, as we look at an event that for nearly a decade was their regular June offering. KOTR was always the lesser of the “Big Five” pay per view events, mainly because it fell between WrestleMania and Summer Slam, which are the two biggest. By 2002 they finally decided that the KOTR Tournament winner would earn themselves a Title match at Summer Slam, which gave the tournament some much needed importance once again, but then they jacked the event in following that one, so it’s new importance lasted for all of one show.

Shunting the actual tournament to the side following the 93 event ultimately meant that people cared less about the show as a whole, as KOTR often felt like quite a missable event with throwaway matches up and down the card. That will likely come across when you see some of the Main Events. Even the bigger more well-known matches from some of the Attitude Era KOTR shows felt like they were thrown together with a napkins worth of planning to them.

Anyway, that’s enough rambling from me, to the chuffing wrestling that we shall now watch!

Kerry and Gordy go toe-to-toe in a lumberjack match. A familiar reptile-like wrestler debuts, and a very familiar face returns. How will it all play out? And who will join me for this surreal episode? 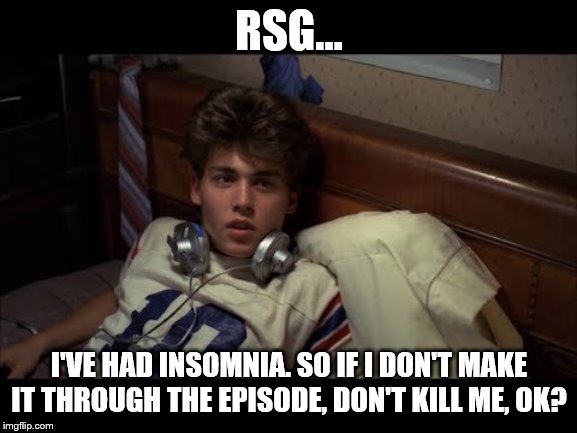 So we’re back again with another Six of the Best, this time looking at what was, for a while, the fifth biggest pay per view event of the WWF/E calendar in the form of King of the Ring. KOTR as an event ran from 1993 until being discontinued in 2002.

I will be looking at just the KOTR PPV’s themselves for this and not the times WWE brought back the tournament for television purposes. I also won’t be covering any of the tournaments prior to the first PPV version of the event in 1993, as I have actually never seen any of the matches from them and couldn’t even tell you if footage of the matches actually existed or not. If they do then please feel free to confirm that in the comments section.

This one was difficult in the sense that I really didn’t know whether to include one particular match and only eventually decided to go with it after watching it again. We’ll get to that when we get to it. Aside from that particular match, the rest of the list wasn’t too difficult for me to narrow down, as KOTR events tended to be a bit meh when compared to the likes of Royal Rumble, WrestleMania and Summer Slam. As a result, narrowing the list down to Six didn’t take too long as the really good matches from these events stand out quite clearly.

As always, these are just my own personal picks. This isn’t supposed to be some sort of objective list or anything. If I leave out a match that you think warrants inclusion, then please feel free to put it down in the comments section below. As with previous lists, I’ll be listing the matches in chronological order.

So without further to do, let’s take a look at Six of the Best for King of the Ring!

It’s time for WWF King of the Ring with a unique main event match that was unlike anything we had ever seen before. That wasn’t necessarily a good thing!

The synopsis from WWE Network: “The Rock, Kane, and The Undertaker vs. Triple H, Vince and Shane McMahon to determine the WWE Champion. King of The Ring Tournament Matches.”

I haven’t been looking forward to this one and I have a feeling that’s going to be proven right. The triple main event is Hulk Hogan vs. Kurt Angle, HHH vs. Undertaker for the World Title and the tournament final, none of which would be interesting in the first place but here they’re getting a ton of focus. Let’s get to it.