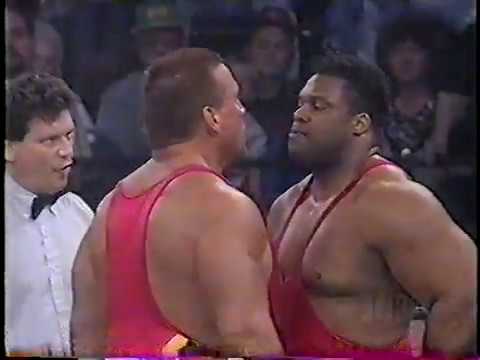 WCW’s manliest tag team in a pairing that would probably have gotten a lot more love in today’s era than 1996- Fire & Ice!

Welcome back to more Dream Matches! This time, we have the beginnings of the Fire & Ice tag team, as Scott Norton & Ice Train wrestle a match on the D-show and are suddenly filled with manly feelings of respect! Also, the time Jerry Lawler cuts a horrific promo about Goldust in a King of the Ring Qualifying Match… and gets a face reaction for it! Plus after the oddly-good Henry Godwinn vs. Bradshaw match I was compelled to watch their later matches in 1997… and immediately regretted that compulsion! Also since those matches sucked, I added an extra bout- Sid & The 1-2-3 Kid vs. Aldo Montoya… and AVATAR! He’s back! Read on!

As always, these matches are all available on YouTube.

SCOTT NORTON vs. ICE TRAIN:
(WCW Pro, 1996-02-24)
* So weirdly enough we have the future Fire & Ice wrestling on the WCW show even *I* didn’t watch, even at the peak of my “watch EVERYTHING in wrestling” fandom. Norton’s in a red & black singlet, while Train’s in… kind of the same gear, making the Mirror Match even more obvious. Train’s looking more slender than I remember seeing him- he obviously got more swole later. Both guys nave near-identical builds, though Train is puffier and Norton more of a solid barrel. 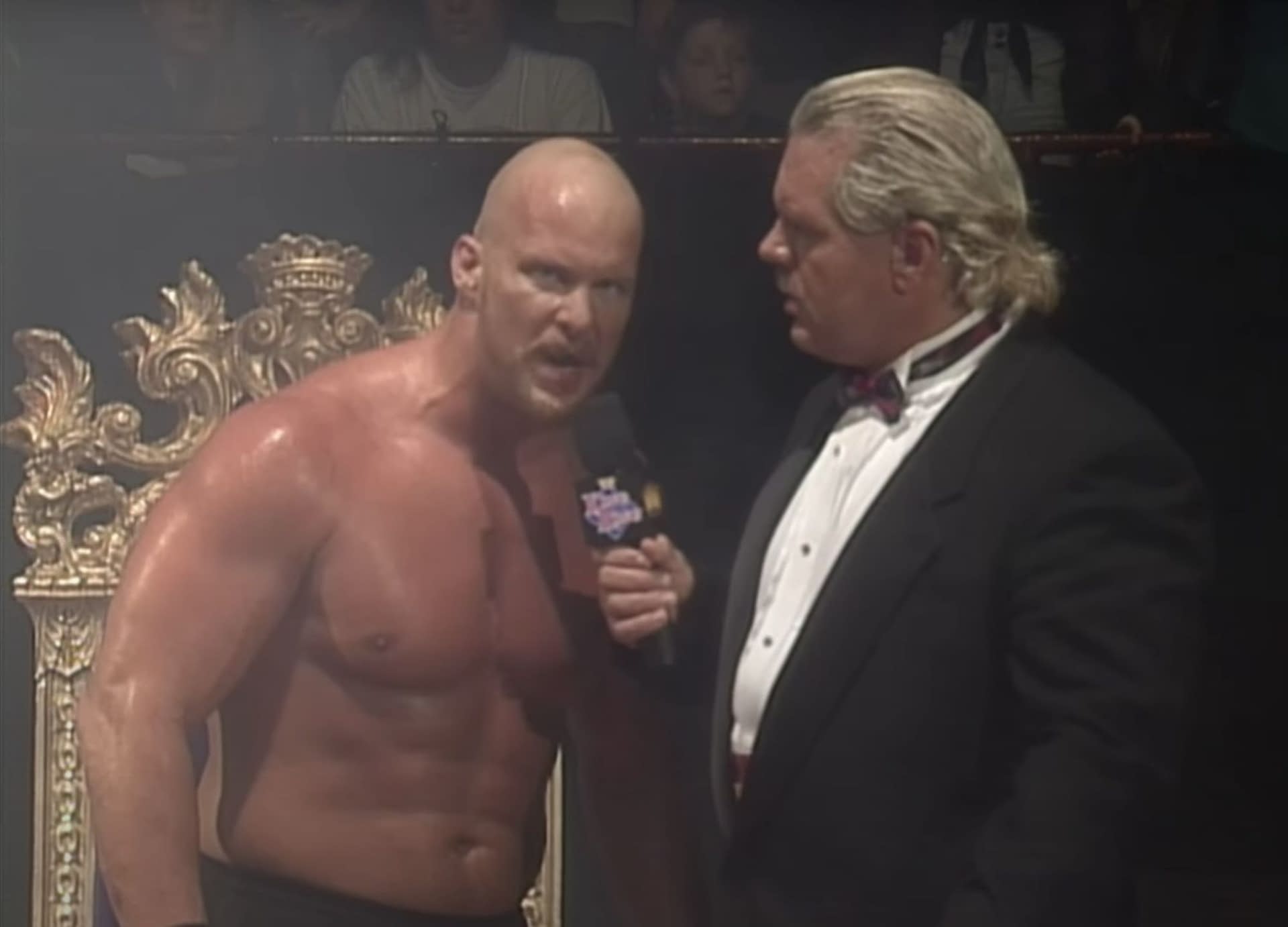 Beating a bunch of midcarders and you change the business forever. Wrestling is weird.

WWF KING OF THE RING QUALIFYING MATCHES (1996):
* You might have heard of this tournament before. So by this point, the tourney was kind of up in the air after Mabel’s failed Main Event push. It could have even poisoned the “King” title, in fact. Hopefully THIS year’s winner makes more of a go of it.

So the backstory here was that the crown was meant to go to the “Next Big Midcarder”, more or less- mid-tier heel Hunter Hearts-Helmsley was expected to win it. But instead, he was one of the few guys the WWF could punish for doing the infamous “Curtain Call” (the Kliq members all coming out for a group hug in the ring, “exposing the business” by confusing fans at an MSG house show). And so he had his big push taken away and they threw it on some other guy. Thus giving HHH a lifelong persecution complex and an obsessive need to look smarter and better than everyone else, covering his own ass at every opportunity. But who knows what effect THAT had on the business?

This review is comparatively massive, because I decided to put the trio of Quarterfinals in the same review instead of splitting them up. Easier to look at the tourney as a whole that way! Hopefully it’s not too long, haha.

HENRY O. GODWINN (w/ Hillbilly Jim) vs. JUSTIN “HAWK” BRADHSAW (w/ Uncle Zebekiah):
(WWF Superstars)
* Weirdness abounds as tag wrestler Godwinn is out there with absolutely ZERO chance, taking on rising midcard guy Bradshaw, then a super-green Stan Hansen wannabe in red trunks and a ponytail managed by Zebekiah. At this point, the future JBL was nowhere near as protected as he would be even as part of the Acolytes, but he was protected enough.