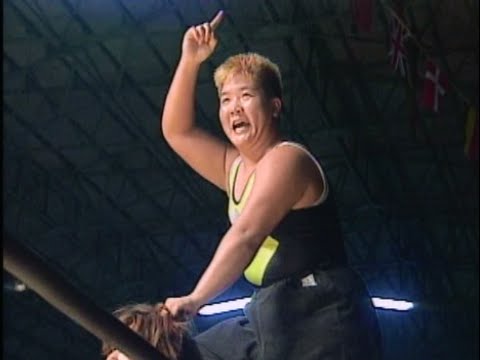 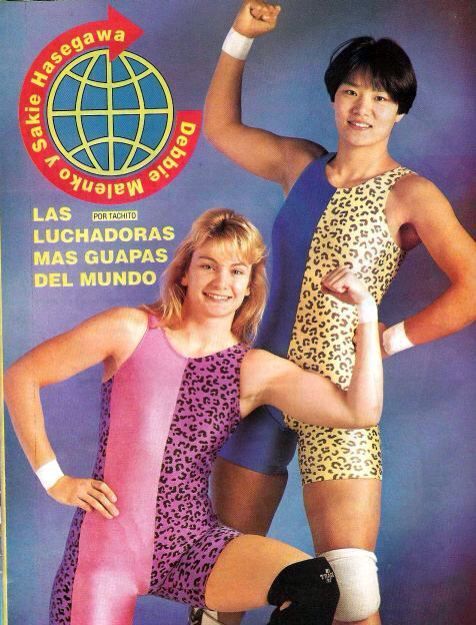 -So one of the few bad things during AJW’s rise in the early 1990s was the very short career of the promising Debbie Malenko, who was the sole foreigner on many AJW shows of the time period. She had formed a spunky undercard tag team with Sakie Hasegawa, and was utilizing some very unique stuff for the “GO GO GO!” joshi style (being more of an American-style technical wrestler with precision offense taught by Boris Malenko, who let her use his worked surname). Hitting big-time STFs and stuff as major offense was typically not done around this point, as AJW’s style was more “you sit on them for stretching to kill time between major periods and to take a rest”, save a few exceptions. Best of all was the duo dressing like the Steiner Brothers in distinctive multicolored amateur-wrestling singlets and even doing the “Rick Steiner barking run” and Debbie crawling under Sakie for the “Steiner Pose”. Great midcard tag stuff.