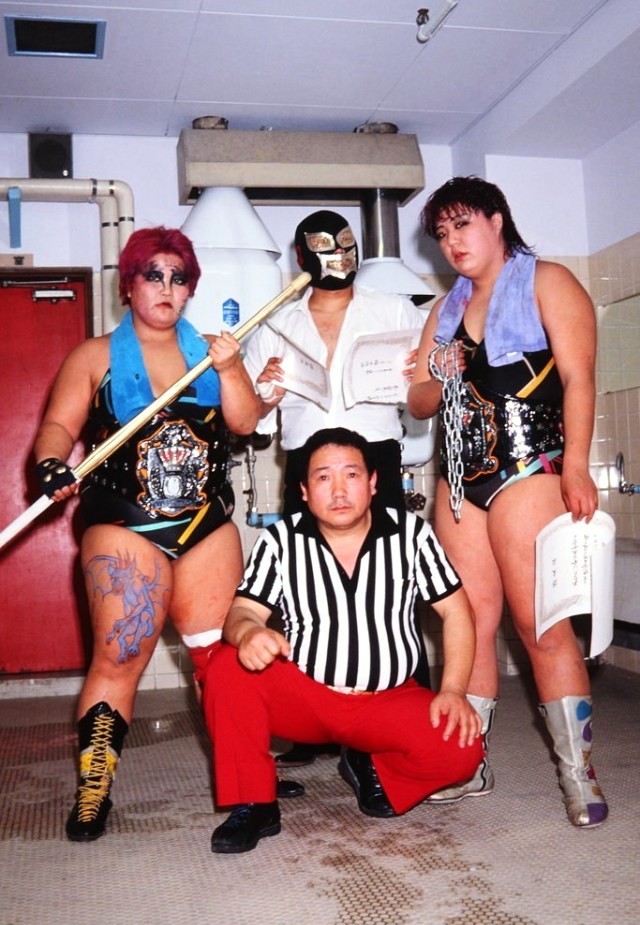 Crane is on the right, Dump Matsumoto on the left.

-So on the famous Atrocious Alliance bouts of the 1980s, you’ll see a pretty wild assortment of punk rock girl characters backing up the legendary Dump Matsumoto. Most notable of these is a baby Bull Nakano, but there’s also this HUGE, muscular woman with curly hair, and one that’s effectively a “Clone Buddy” of Dump (like how WWF would add Typhoon to Earthquake and Phineas to Henry Godwinn). That’d be Crane Yu, the former “Masked Yu”, who continues to befuddle Westerners as to the naming theme of the group, as according to our own Manjiimortal, they are named after CONSTRUCTION VEHICLES, not animals- Dump Truck, Bulldozer and Crane. So the “Crane” in her name isn’t the animal, nor is Bull’s “Bull”. That there is a Grizzly on the team confuses this further, though.