Skip to content
Howdy Scott,
On the Daily thread we were talking about how WWE keeps trotting out celebrities to try to get some mainstream press.

However, there's really been only a handful of celebrities who have made a difference in ratings or buys in the history of wrestling: Mr. T, Cyndi Lauper, Donald Trump, Mike Tyson, and Floyd Mayweather. Maria Menonous, Dennis Rodman and Lawrence Taylor are debatable, but probably didn't do anything to move the needle much. (If there are others we're missing, let us know). Most are abject failures that produce embarrassing segments.

The ENTIRE guest host era didn't increase ratings as far as I know. Honestly, celebrity involvement has something like a 5% success right at best. So what's the point in keeping doing it, or is Vince (and Stephanie) SO desperate for mainstream attention they'll pretty much try to use anyone? Because it isn't working any better than Billy Gunn's singles push.

​The guest host stuff did to a certain degree help the ratings, but eventually it wasn't enough to justify the paydays they were getting.
Rodman ABSOLUTELY moved the needle for WCW in that stupid basketball player tag match he was in.  That show did a giant buyrate, something like the second or third highest in their history I believe.
But as far as celebrities now, it's just their desperate cries for mainstream attention.  Nothing is really moving the needle for them because the product is ice cold and has been since Wrestlemania.  ​ 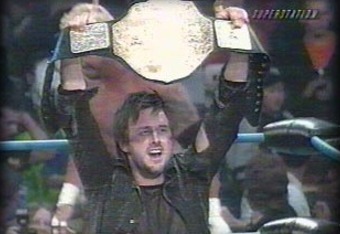 What’s the best match by a non-wrestling celebrity you’ve ever seen? Which celebrity has ‘moved the needle’ in terms of pro-wrestling popularity? Who is your favorite Raw Guest Host?

I won’t lie, I liked it when David Arquette won the world title. I thought it was cheesy and silly and dumb and stupid, but it was totally unexpected and got me to tune into Nitro for the first time in forever after it happened.

I always thought that Coachman would make a good wrestler. There was a moment on a PPV where he showed up and whalloped someone and he seemed pretty jacked, but I guess it didn’t pan out.

Requisite applause for Lawrence Taylor / Bam Bam, and for K-Fed taking that FU a few years ago, too.