Skip to content
Scott,
Given the thoughts on ‘new gimmick matches’, another thought from wintry Australia :   Next time there is some kind of ‘faction vs faction’ feud going on, it could be settled as follows :   1.       Each ‘team’ gets a fixed number of members (let’s say seven) with a ‘captain’ such as Heyman, HHH, Bryan (given his injury) etc.. 2.       At the PPV, there are seven (or however many) matches.  Certain matches in advance can be designated with particular stips eg.  one ladder match, one tag match, a final cage match etc.  Team with the most wins gets whatever prize or wins the kayfabe dispute in issue. 3.       Taking in turns to go first, each team ‘captain’ selects their team’s individual wrestler (sorry, ‘WWE Superstar’) for the next match, which is then stated by the ring announcer.  So, with a similar gimmick to Royal Rumble, you could have the countdown clock and the speculation before each participant is announced. 4.       One or both ‘captains’ could then be guest commentators, talking through the reasons for their selection during the match. 5.       It gives massive scope for creative booking, with many possibilities for new feuds and angles starting, the drama of an injury angle, and a ‘twist’ (for example) of someone unexpectedly wrestling a couple of times to cover for a (kayfabe) injured team-mate.
​Sort of like a SERIES of CHALLENGES between TEAMS, you're saying?
i see no downside whatsoever.​
A few of us have been talking about how a playlist feature you can share with other users would be a great addition to The Network. Of course with that you'll get many "Best of (wrestler)" or "Best of (PPV)" and so on. But what about creating an entire eight match card through a playlist? Set up a wrestling card but using all the matches throughout the years from WWE, WCW and ECW. Have:

Of course, try not to use the same wrestler twice. The formula above can be changed but it should still resemble a wrestling card. What would you put together? 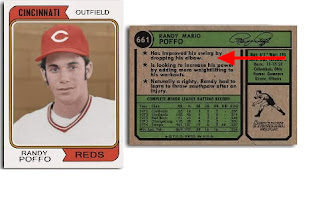 I've been laughing for an hour.  Please read the text near the red arrow:
Someone knew he was gonna be the man.

suspect some photoshoppery, but that's still awesome if real.

I’m already feeling the power. The best stuff comes in the first 40 minutes and the last 10 minutes with the national television debut of Koko B. Ware’s hit single “Piledriver”.

Even after the Hogan match there’s a decent little Orndorff-King Kong Bundy match if you’re interested.

Andre vs. Warrior
Hogan vs. Genius
Dusty vs. Bossman
Perfect vs. Rooster
Arn/Tully vs. Rockers

R Truth would disagree with improvement in the ring….. ————- At least he was on the receiving end of the last injury this time…

Hey Scott, I'm a long time reader and fan, going back to 2001 when I got my first home computer. I particularly loved reading your old WCW rants and I'm dying to get your archives one of these days when I can actually afford it.
Anyway, a friend of mine has started a sports card website focusing mostly on group breaks. Group breaks for those who don't know are when a bunch of people chip in to buy a case of cards and they're usually assigned a random slot. The most common one is a random team break, in which you get all of the cards associated with that team. So, for instance if it was a case of Hockey cards and someone got randomized the Penguins, they'd get all the Penguins cards from that case. It's a nice way to cheaply add to your collection and breaks are done live on camera which usually allows everyone to chat and goof off and just have a good old dorky time.
Here's the link to the website:
http://houdinishouseofcards.com/forums/forumdisplay.php?1-Group-Breaks
I'd really appreciate the plug.