Can the Midnight Rockers deal Rose and Somers some comeuppance? Will Hennig dethrone Bockwinkel on his second opportunity? How will Snuka exact revenge against DeBeers? Open the door and go inside to find out!

Summary: Showcase match for Ferris as a young Knobbs gets knocked off his hinges.

Summary: Showcase match for Zhukov that was so boring that the St. Paul faithful at ringside were more entertaining.

Prior to the next match, Zbyszko read the St. Paul faithful the riot act. He must not have gotten new golf clubs for Christmas.

Summary: Wild six-man match that gave everyone involved a chance to shine. This White kid might amount to something, no?

Immediately following the pinfall, Scott LeDoux jumps into the ring to the objection of Zbyszko. LeDoux removes his shirt and chases Zbyszko from the ring as the babyfaces stand tall. Methinks Saganowich’s days as a referee are numbered as White manhandles and slams him on the concrete floor.

Summary: Obviously not as great as their Las Vegas encounter, but it gave the St. Paul faithful a glimmer of hope that Hennig could become champion…just not tonight.

After the match, the St. Paul faithful boos the finish out of the Civic Center as Hennig claims injustice and yells B-------. 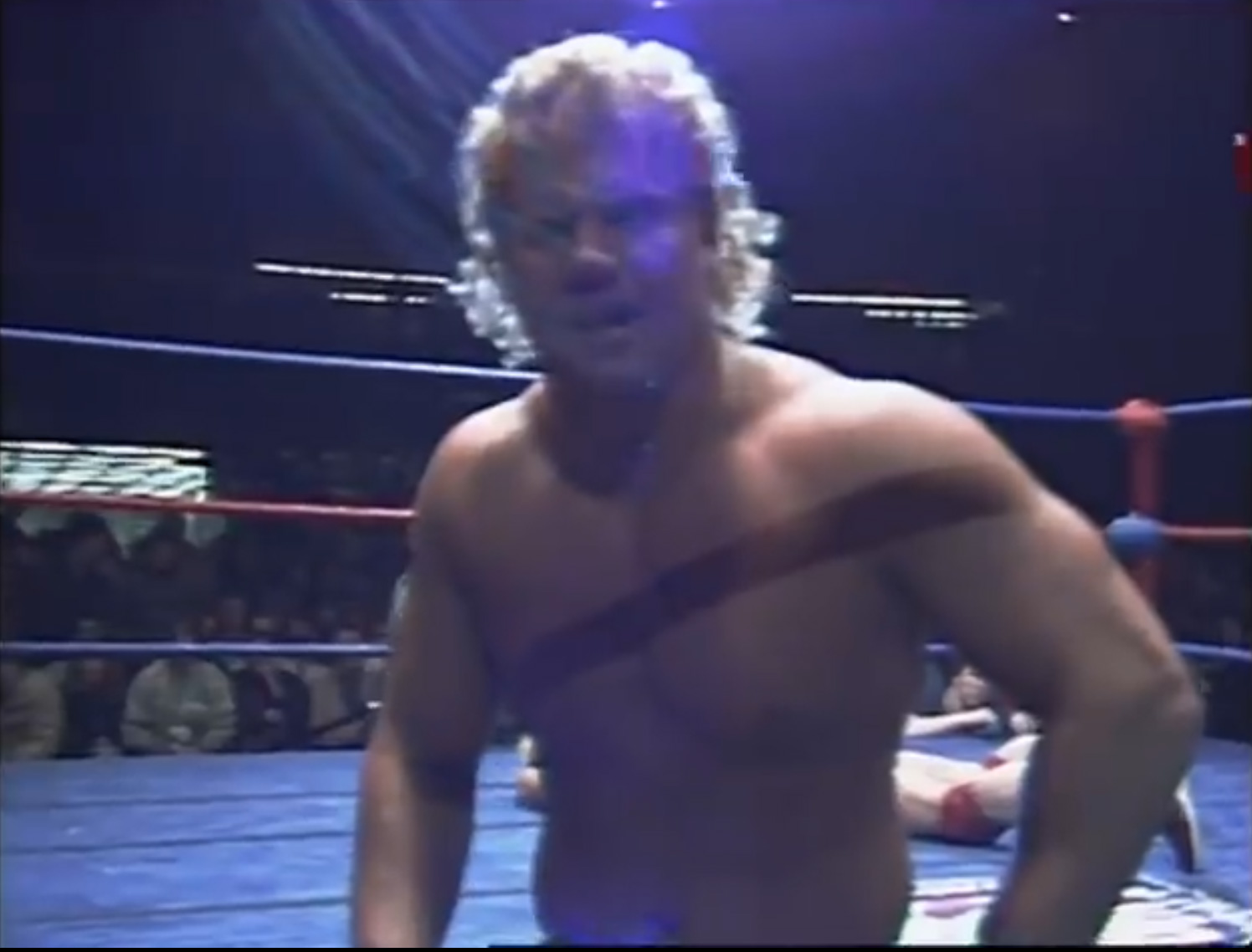 Hennig cuts a “frustrated” promo and feels “ripped off.” As Verne joins them, he questions the disqualification, but the referee’s decision is FINAL. 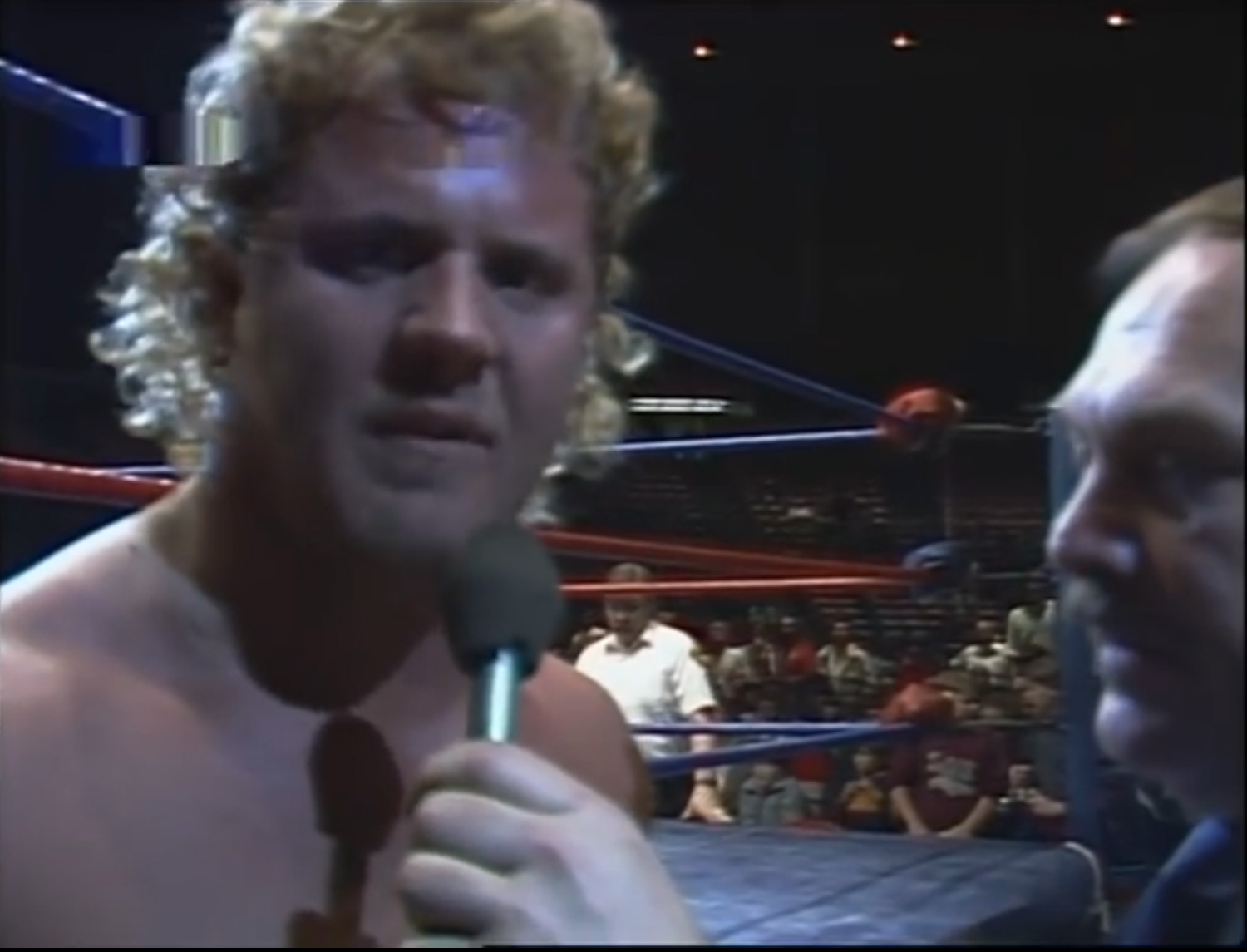 Bockwinkel gives kudos to Hennig for the match and informs him to “learn (his) lessons.” 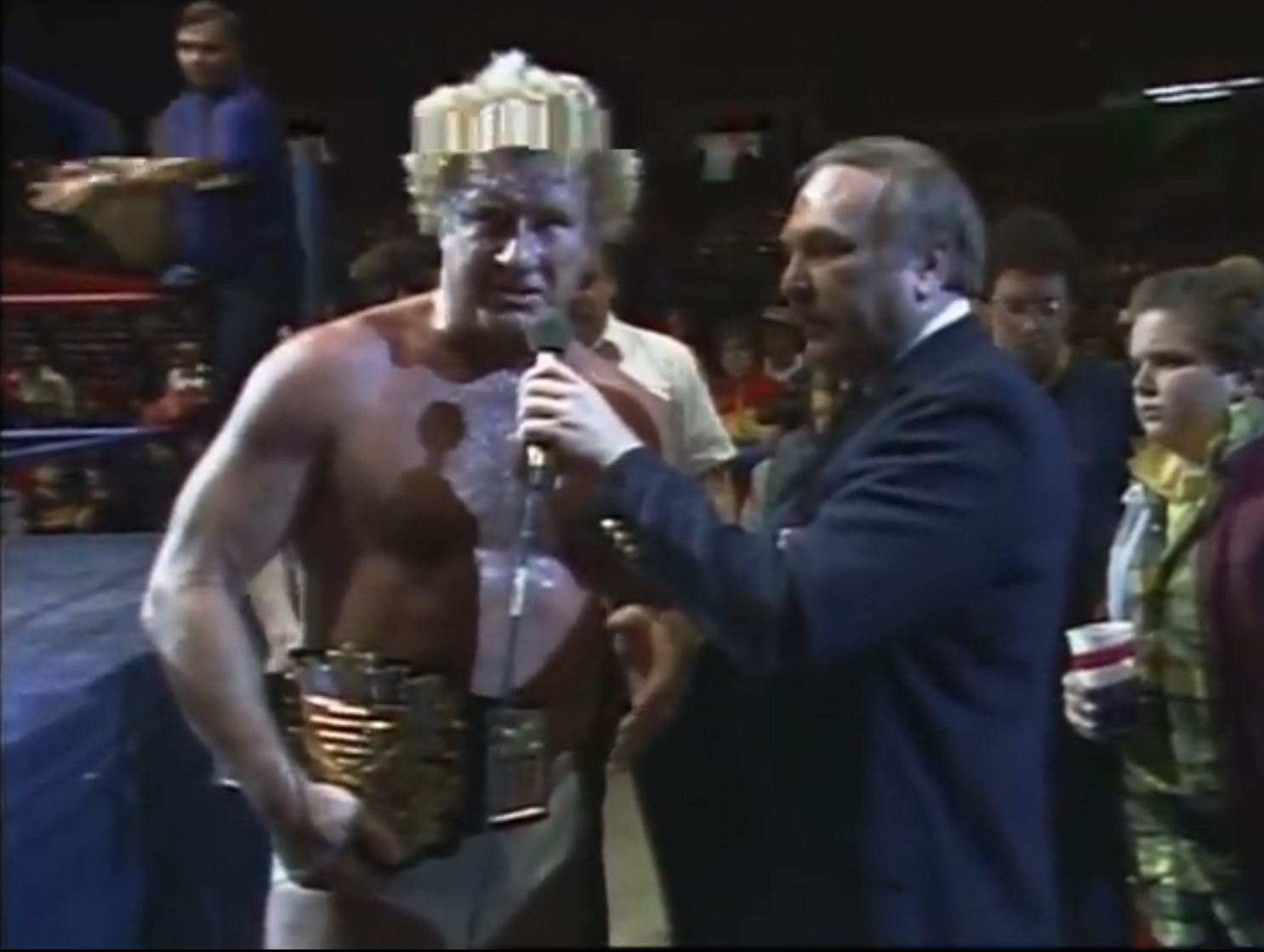 Summary: Nasty feud with an abrupt finish to the match. Obviously, the feud wasn’t over, but when’s the rematch? According to cagematch, they battled through numerous house shows with various gimmick matches including a cage match on March 28, 1987 in Wausau, WI. As you’d expect, Snuka won.

After the match, Snuka shoves LeDoux away again, slams DeBeers, mounts the top turnbuckle, and forcibly moves LeDoux away. Snuka makes DeBeers HIT THE POLE before DeBeers runs away scared out of his wits.

Summary: Hot crowd with a gory, energy-packed match where the Midnight Rockers deal some payback to Rose and Somers for their bloody massacre back in September.

After the match, Rose ejects Michaels from the cage, and the champs double-team Jannetty. Despite Michaels’ best efforts to return, the champs annihilate a BUSTED OPEN Jannetty. Ultimately, Michaels regains access to save Jannetty’s bacon and sends the champs packing. Rose screams on the microphone claiming, “it’s over with the Midnight Rockers,” but Michaels refutes his claim. 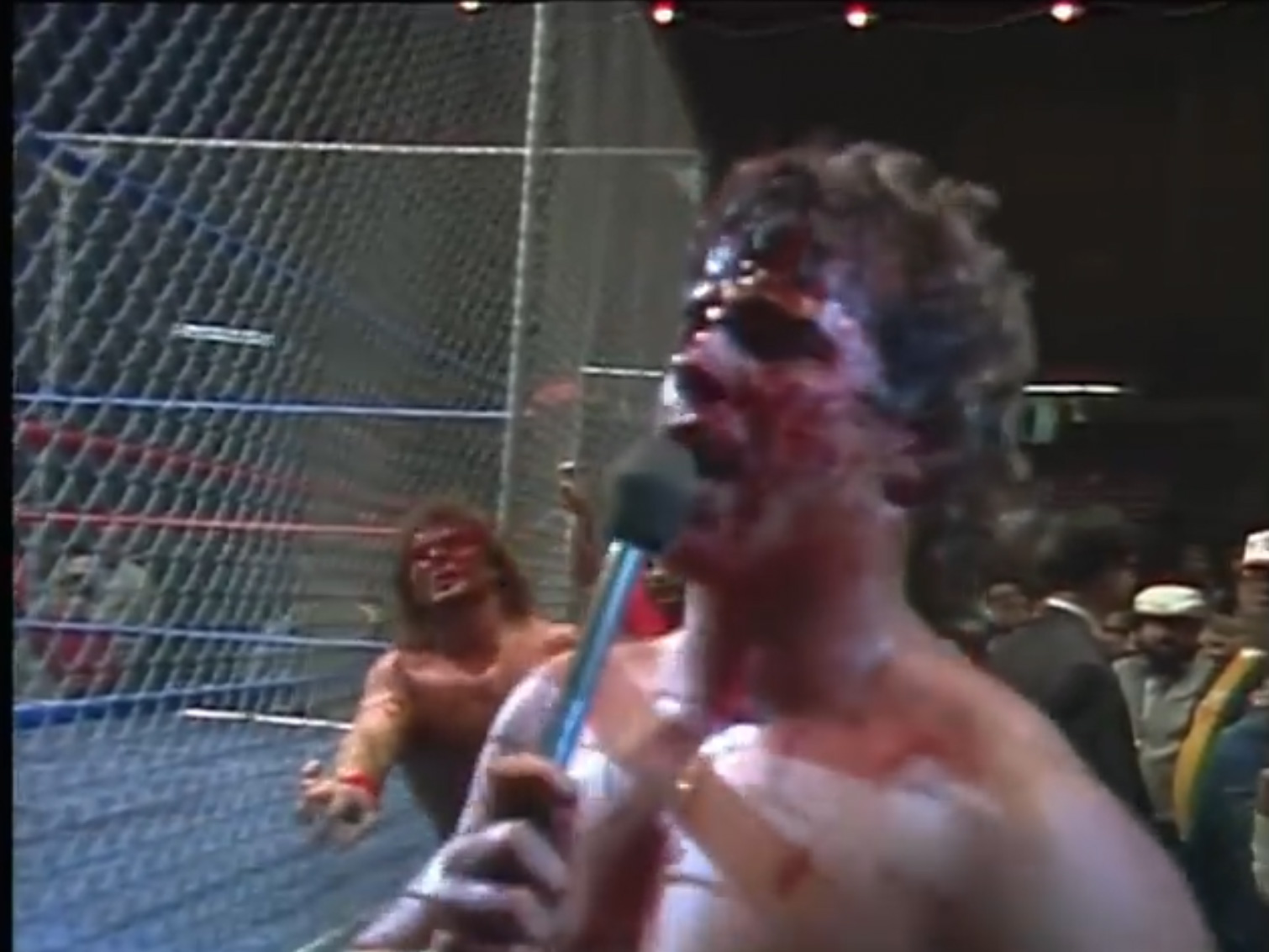 Conclusion:  What can ya say? Both the cage and title matches make this show a no-brainer for a recommendation. Hennig and the Midnight Rockers are STARS heading into 1987. Also, Snuka fed DeBeers some much needed payback, heel shenanigans helped Zbyszko’s team win, Ferris won, and the future Nasty Boys made their presence felt.

Please feel free to enlighten me with your thoughts.