It’s the last set of tapings from the Penta Hotel so Rick Rude, Honky Tonk Man and Greg Valentine will…not be appearing due to legal threats. But we are getting the most-hyped match in the brief history of the company: Orndorff vs. Williams, the Joe vs. Angle of UWF.

Steve Ray shows up looking like Ultimate Warrior: The College Years, wearing all tassels, colours and a cap (in case Louie has a portrait to smash over his head). Crowd’s still full but you can tell the heat and length of the taping is getting to them because they’re having none of Ray’s white meat babyface schtick and cheer when Louie takes him out with a flying clothesline. Louie maybe realises his overselling would get him cheered and sticks to simply being a dick, but it’s NYC so when Louie counters a crossbody off the top into a pin attempt the crowd goes “AWWWW” when he kicks out. Louie misses a Stinger Splash and nearly lands out the ring in the process before turning around and taking another cross body for the Wild Thing Win. Then we immediately cut to a David Sammartino promo so we don’t hear the boos from the crowd, because if there’s one thing that’ll stop any kind of reaction it’s David.

David is a house on fire to start, meaning everyone in the building wants to leave immediately. They start off with a mat wrestling sequence which is the last thing this crowd wants six hours into a taping. Ivan misses a charge in the corner which means it’s time for David’s trademark: Competent But Unremarkable Wrestling. David handstands out of a scissors hold and you can hear the crowd talking about The Mets. Ivan gives up being subtle and starts choking David after a back-rake. Ivan tries a Dirty Pin using the ropes and the crowd aren’t impressed when the ref spots it. Both men brawl on the outside and we get a horrific finish with Ivan dumping David back into the ring but gets counted out despite being on the apron. Crowd again boos the s--- out of that finish so well done to both men for contributing to the state’s murder rate.

Being from England, this is the first thing I think of when I hear “Sunny Beach”.

Sunny Beach’s debut, he’s dressed in surfer gear a la The Sandman. He’s also a chubby guy with a mullet/tache combo and looks more like the guy who’d hang out at a beach to sell cush. Bruno compares his outfit to the wrestling gear from the 1920s. Well he’d know. Williams suplexes the larger guy with ease before falling victim to a Gutwrench Suplex. I think that was supposed to be the finish as Craig puts it over but Williams kicks out and a Fallaway Slam ends it instead. Fair enough.

Lou lets Honey and Blair make bee puns before ranting like a homeless man at a bus stop and starts putting himself over like every week.

OK so someone called Andrew sends in a letter asking why Lou is affiliated with Blair now and in the process of the reply, he calls the fan “Andrea” and a “beautiful lady” so Herb has to add an apology rather than re-film the promo. Amazing.

We get a reminder that Orton did this to Honey all the way back in November.

And it took Blair until January to get this match. We skip entrances and go right into slugging it out and the crowd sounds somewhat interested. Oh wait no it’s Tolos arguing with a fan at ringside, never mind. Orton dogs Blair on the mat and Blair responds by keeping Orton on the mat. Like a good bank loan, the crowd is at negative interest. Orton bounces Blair’s head off the bottom rope and crowd at least appreciates that. After beating up Blair for a bit, Orton goes outside for no reason just so Lou and Honey can threaten him then so he can run into the ring and sell for Blair like HBK at Summerslam 2005. Blair locks in the Scorpion but Tolos bashes him with a shoe behind the ref’s back and dumps Orton on top. Lou then gets in the ring and puts Blair on top as this turns into Wabbit Season/Duck Season. Orton sets up the Superplex but Honey stuns him in the arse for Blair to land a Sunset Flip for…a two-count? That would have been a great finish to match & feud. The kick-out also somehow takes out the ref, so Blair dunks Orton into Tolos before getting brass knucks and decking Tolos as the ref recovers to DQ Blair for striking someone not in the match. F------ hell, I was about to type “Blair stinks but the ending sequence was fun” until the actual finish happened. Blair’s run in UWF is at Dino Bravo levels of badness. 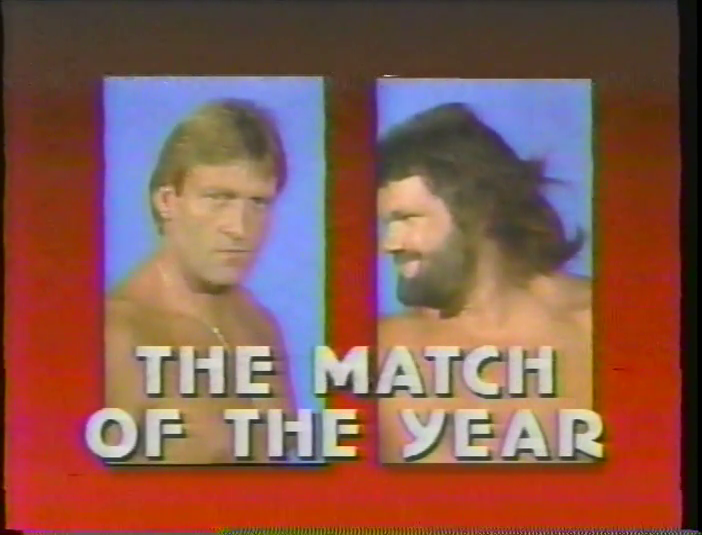 Alright here we go, surely this can’t suck. Orndorff charges into the ring and they start off hot with Paul flying around like a daft bugger and taking Williams out with something resembling a Thesz Press. Williams gets dunked into the ring post several times and…they get counted out, f--- me dead. Orndorff grabs an umbrella from a fan and attacks Williams with it before taking him back inside the ring and continues to pound Steve’s bloody face. The ref has no idea what to do so he stands there looking stupid as they continue to wrestle despite the match being over. Williams counters a bulldog into a shove and continues bleeding as Herb’s voice pipes in “We’re out of time this week, we’ll show you the end of this match in two weeks time!” Oh my God.

Overall: There’s enough flashes of goodness on this show to make you think this company got unnecessary criticism, then an episode like this pops up and you realise it deserved way more. Horrible finishes, tired crowds and worst of all: realising Herb doesn’t have a plan to blow off these feuds any time soon so get ready for more of the same next time. Or rather in two weeks time because I guess they were expecting to be back in the Penta by now, so next week we’re getting a bunch of matches that weren’t good enough to be shown on TV when they first occurred. Yeah can’t wait.

On the plus side, Vladimir The Superfan had a good time. 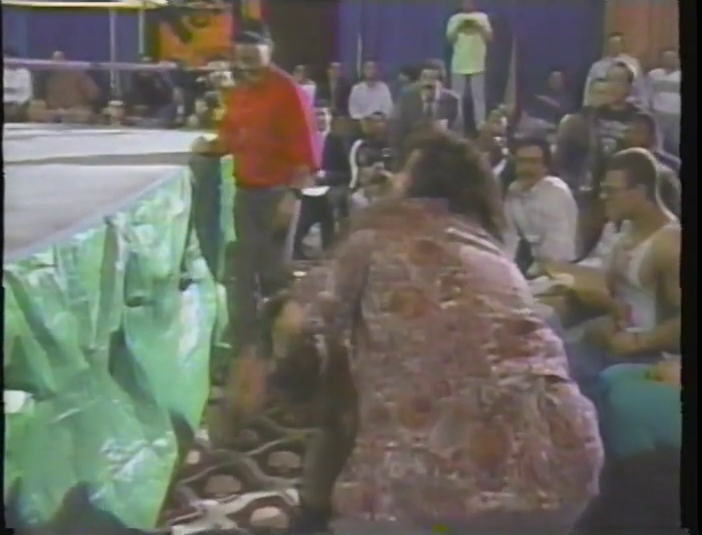