You want some Midnight Rockers, don’tcha? Well, here they are! Also, DeBeers, Rheingans, and even your friend but not mine Zbyszko show off on ESPN.

Summary: Showcase match for Zbyszko whose mouth ran more than he did.

In the ring, Nelson interviews Zbyszko with Mr. Go. Zbyszko vehemently wants a “fair chance at (his) destiny.” Literally, he begs AWA President Stanley Blackburn for a World title shot. Next, he cuts a promo on Bockwinkel and calls the fans “spud heads.” 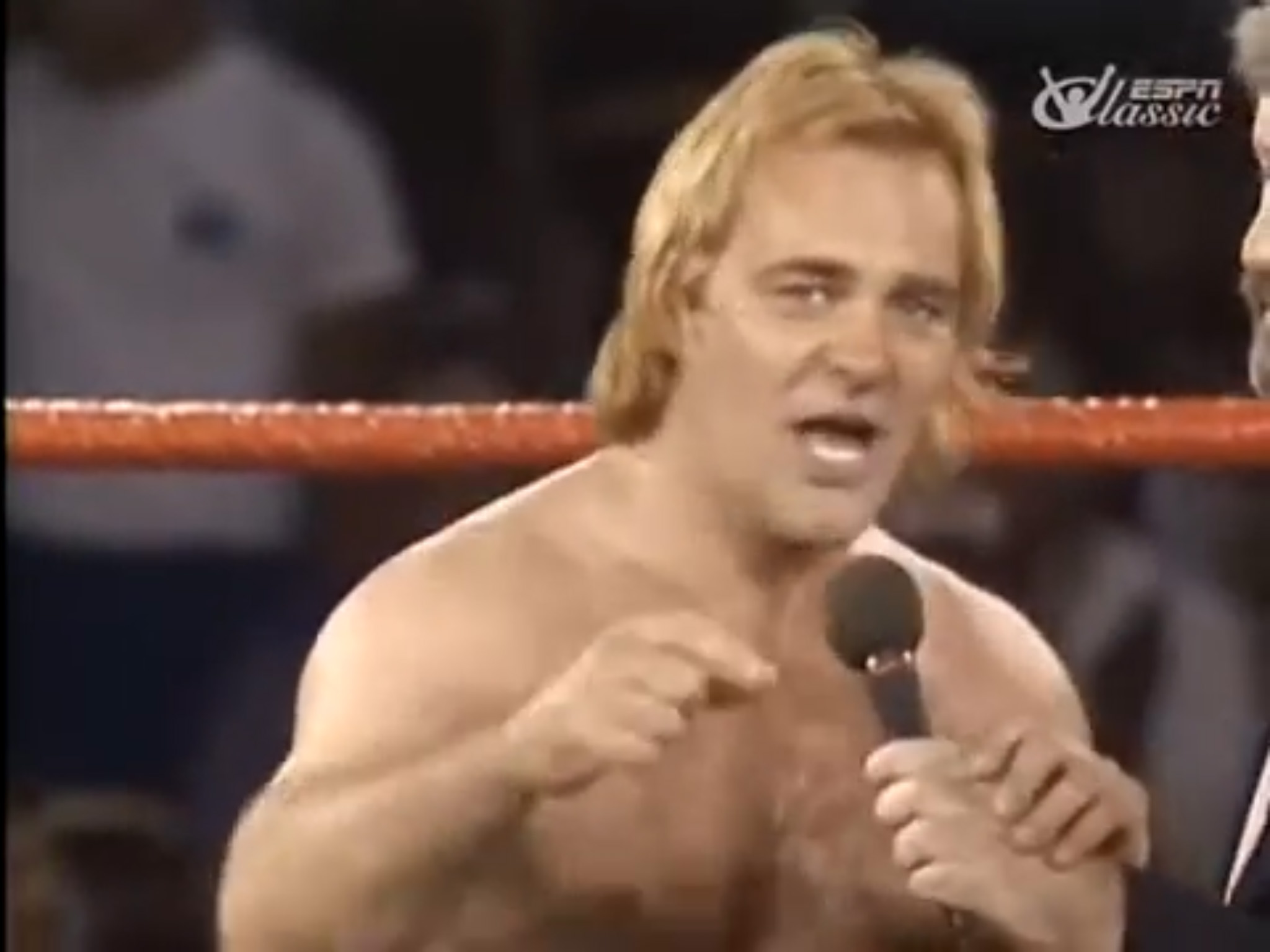 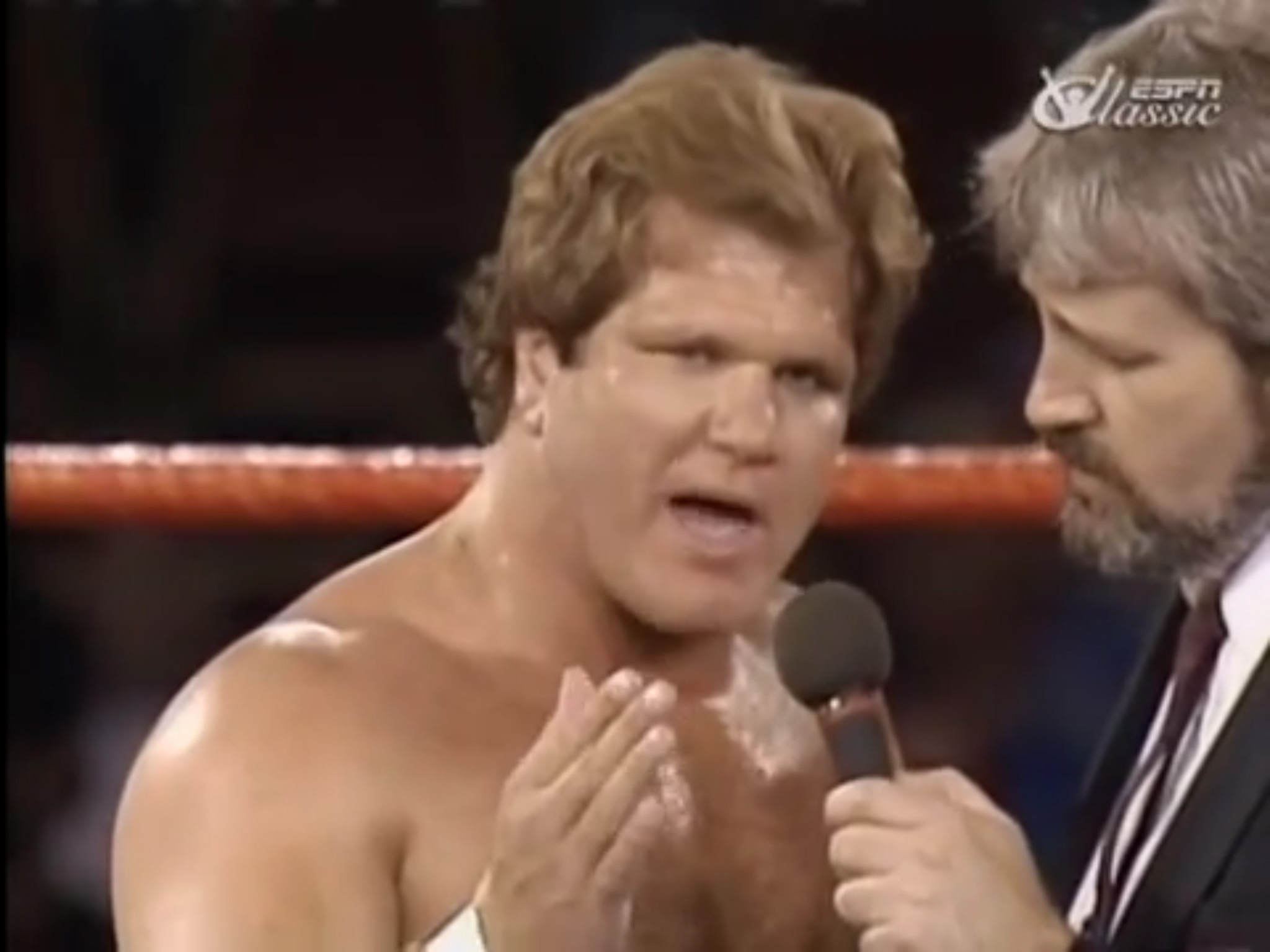 Summary: Showcase match for the Midnight Rockers who should improve their timing on the double-team moves.

Following the match, Nelson interviews the Midnight Rockers, and Michaels is fired up about challenging Rose and Somers for the World tag team titles. Jannetty explains that he may have torn cartilage in his ribs but cuts a promo on the champions. 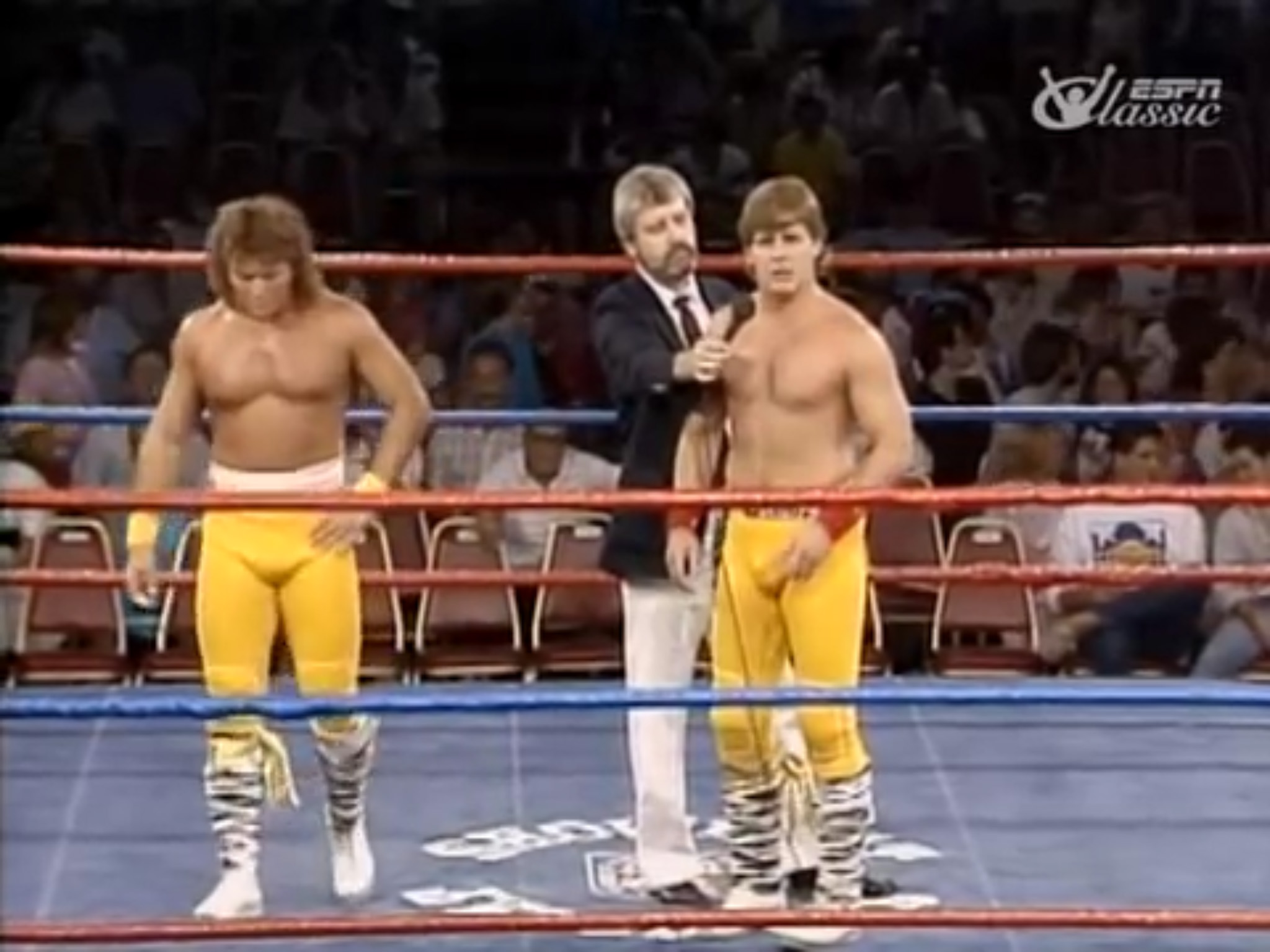 Following a commercial break, Nelson interviews DeBeers who requests sanctions against Scott Hall “for his use of anabolic steroids.” Well, a week passes, and my wish is granted. Nonetheless, DeBeers believes that Hall is “abnormally strong.” Nah, that was probably Hall’s cocktails. He demands that Hall take either a urine or a blood test before facing DeBeers again. 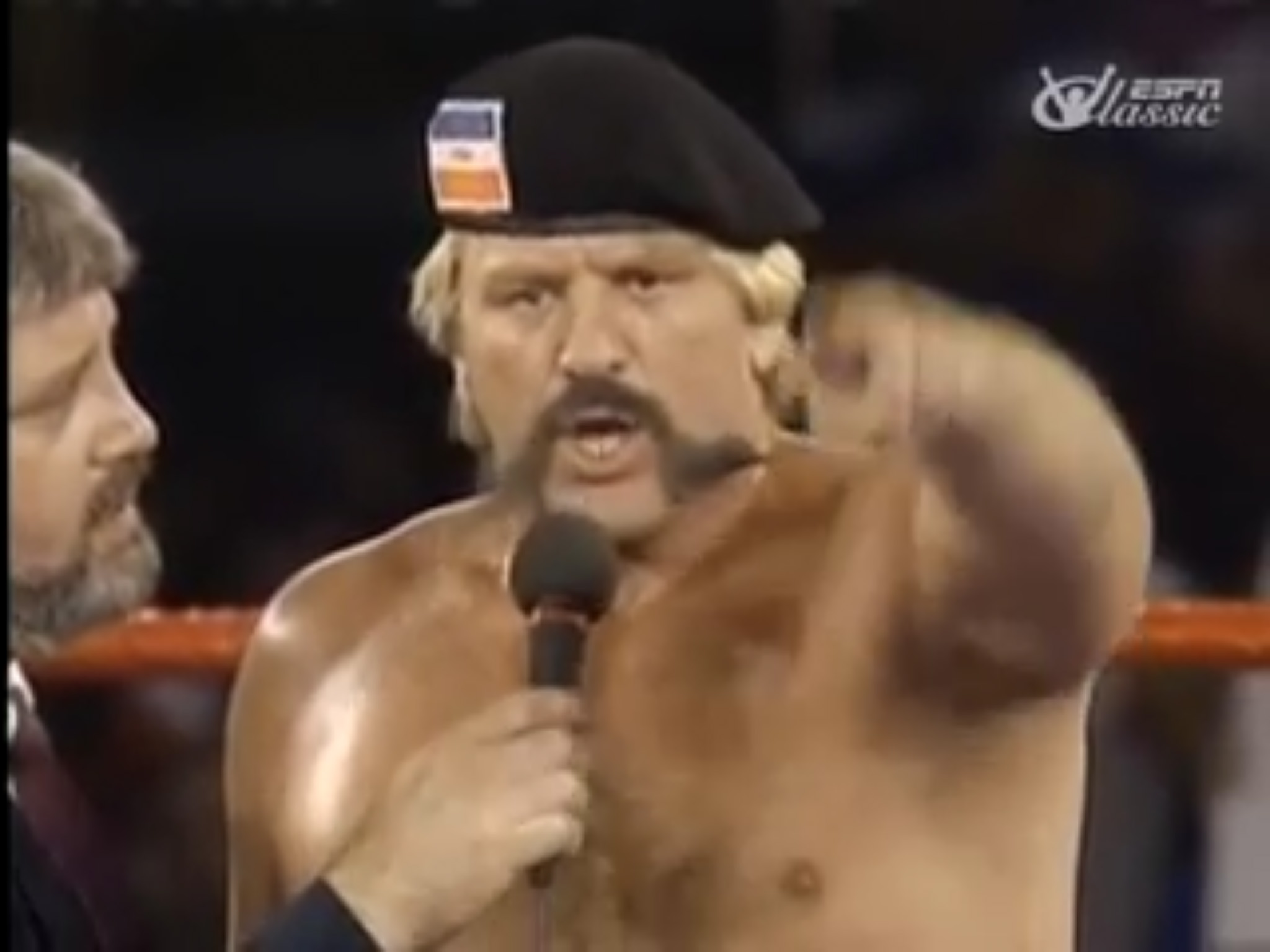 We finish the show by revisiting WrestleRock ’86 when “Superfly” Jimmy Snuka and Greg Gagne faced King Kong Brody and Nord the Barbarian. From my reflection of that show:

Summary:  Feud-ending brawl that got the Minneapolis faithful on its feet.

Conclusion:  Notwithstanding the main event, the Rockers thrilled the Vegas faithful with their athleticism and talent. Meanwhile, DeBeers made mincemeat out of his opponent faster than it took to cook a hot dog. Rheingans got the better of Tabb, and Zbyszko flapped his gums while annihilating his outmatched adversary.

Next week, Curt Hennig gets a chance to shut Zbyszko up. Tune in to find out what transpires, RSG-ites!

Comments? Suggestions? Send them to me at [email protected] and follow me on Twitter (@rockstargary202). Also, please check out all of my reflections at rockstargary.com including WCW Thunder and Herb Abrams’ UWF!