Can Hall deal DeBeers some comeuppance for shelving him? Also, with Bockwinkel, Zbyszko, and Hennig on the program, what else is in store for us? Let’s get comfortable and find out!

After the match, Nelson interviews Zbyszko with Go. Zbyszko believes the AWA has lined up people to get rid of him. If only that was the case. Ultimately, he wants a match against Bockwinkel, or he’ll sue the AWA. Has Clarence Mason passed the bar yet? 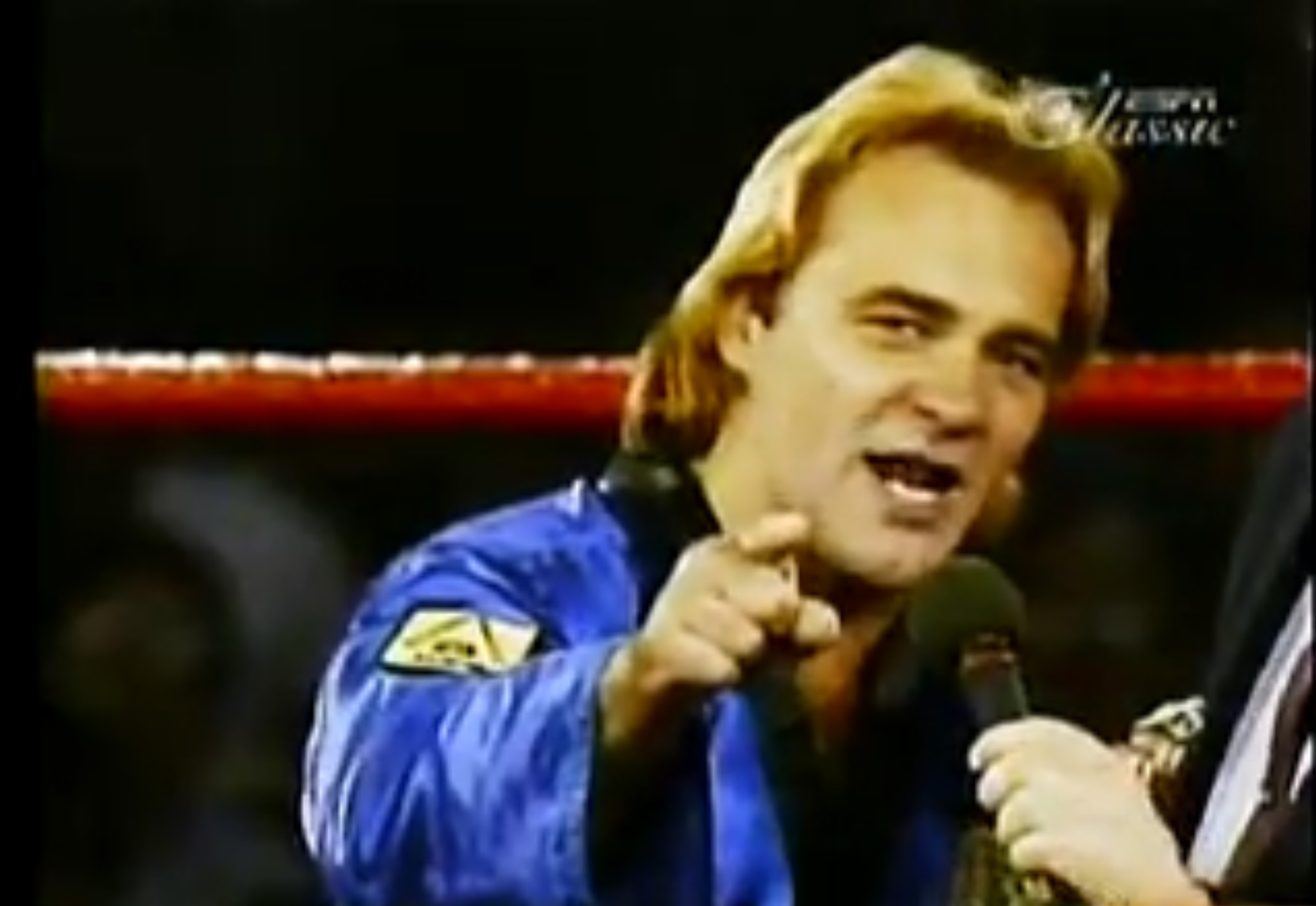 AWA on ESPN Classic is sponsored by Quizno’s. Where’s the Budweiser? At least there was a Guinness ad.

Following a commercial break, Nelson interviews Hall with Curt Hennig. Hall cuts a promo on DeBeers while Hennig has his back 100%. Despite their youth, each cuts a solid promo. 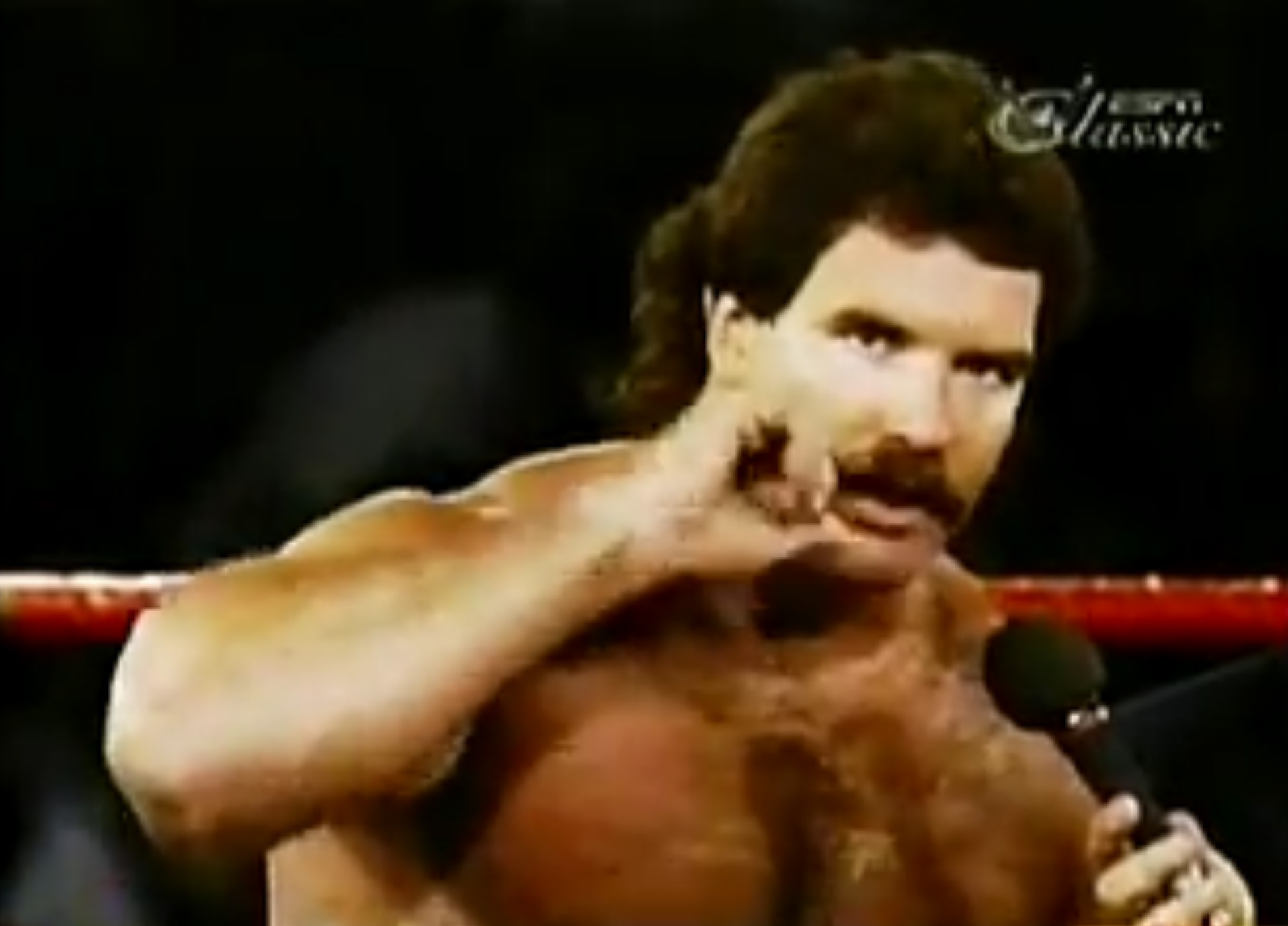 After the match, Zhukov tosses Cooper out of the ring while Khan distracts referee Marty Miller. Zhukov demolishes Meyers before depositing him upon the concrete floor.

In the ring, Nelson interviews Al-Kaissie with Khan and Zhukov. He requests a shot at the tag team titles for his Army. To finish the interview, Zhukov spews nonsense prior to challenging Bockwinkel to a Russian chain match. 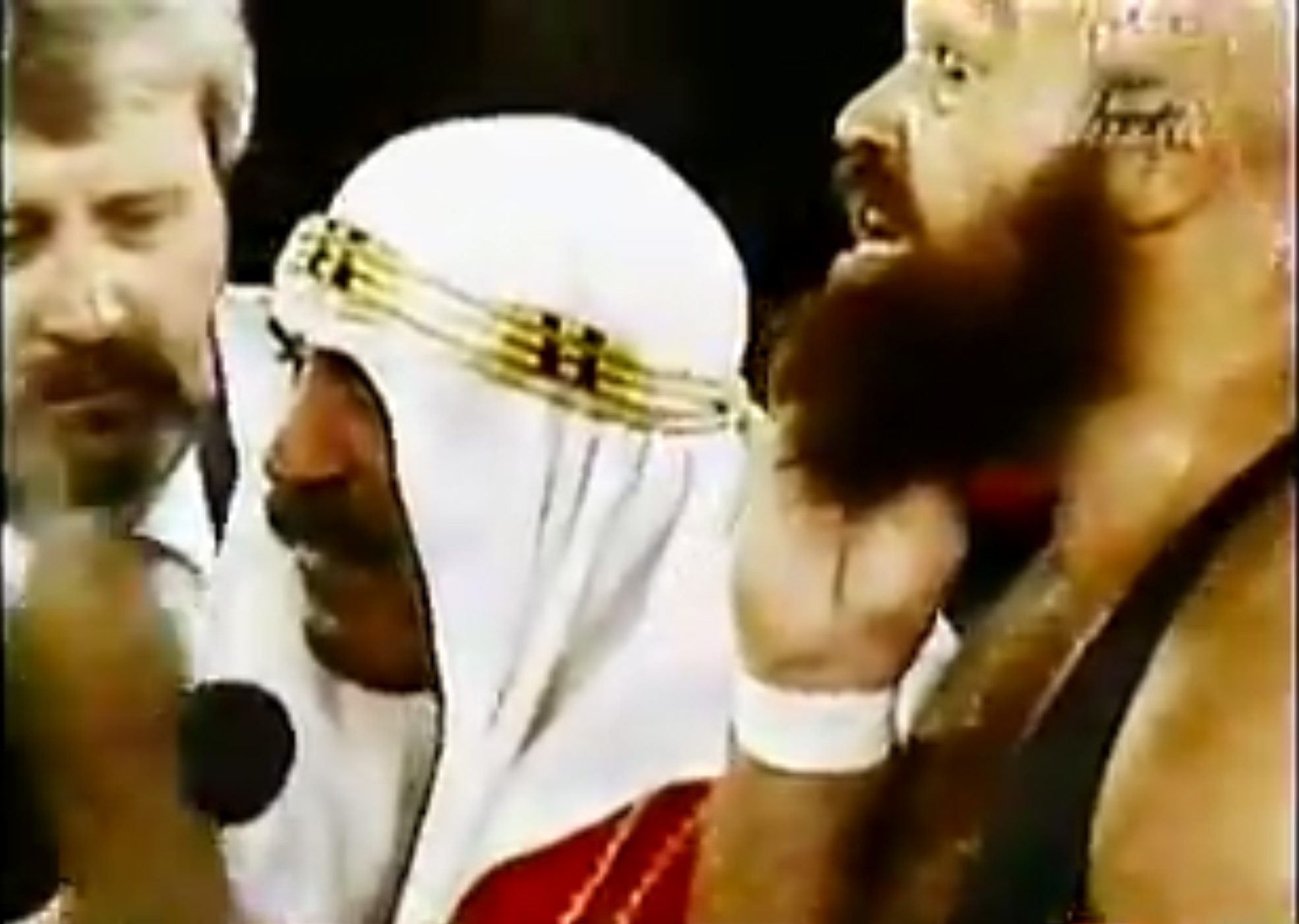 Summary: Showcase match for Bockwinkel who gave Garner WAY too much offense to my liking.

Summary: DeBeers sold his ass off for Hall whom the crowd showered with cheers. In the meantime, Miler’s decision stunk on Melba toast.

After the match, Hall bulldogs DeBeers again and counts his own pin. They stand nose-to-nose until DeBeers stumbles out of the ring. 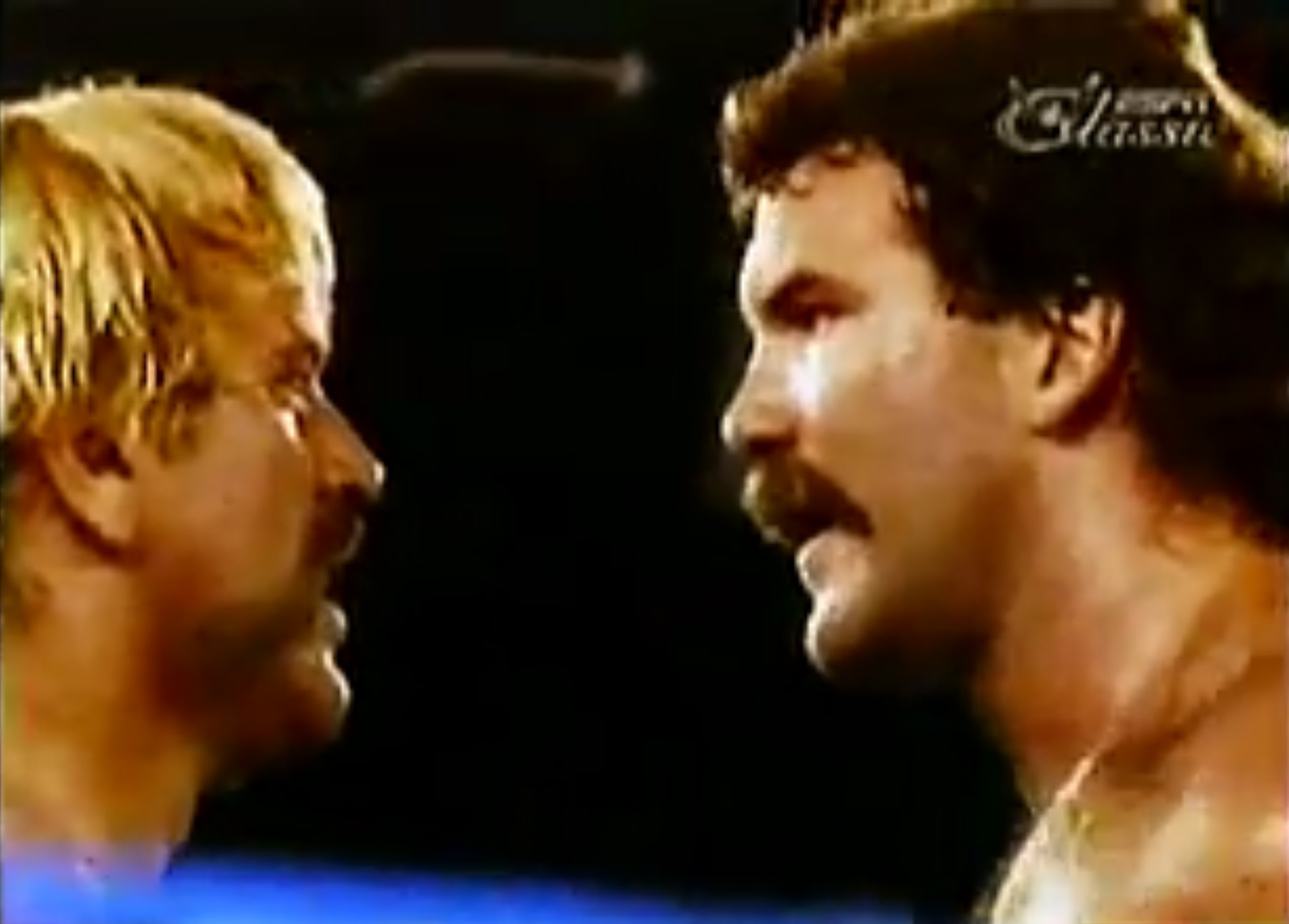 Following a commercial break, Nelson interviews Hall who refers to DeBeers as “soldier boy.” Either Hall feels like more of a superhero than DeBeers or truly wants to crank it. Nevertheless, the feud between Hall and DeBeers is NOT over.

Conclusion:  While I would have preferred to witness a DeBeers promo accusing Hall of using anabolic steroids, seeing Hall bounce him from pillar to post was fun. Our trip to Larryland this week wasn’t a long journey, so let’s be thankful. Although I understand Bockwinkel’s preference for psychology, I would have preferred that he tie up Garner like a pretzel than have us suffer through the garbage in their match.

On the next reflection, the Rockers along with Hennig are in action, so look forward to reading more of my chocolatey goodness.