A few weeks ago, Col. DeBeers refused to have a BLACK MAN referee his match against Billy Jack Haynes so we’re doing the match again with the black referee to see what happens tonight in DeBeers vs. Billy Haynes II: No Finish For Old Men.

Herb Abrams & Bruno are actually at ringside for a change as there’s been a slight step-up in production with new graphics for every wrestler, someone making the most out of their new copy of Amiga’s Deluxe Paint.

Dr. Death squashes are usually a blast but Williams is supposed to be the bad guy in this Paul Orndorff feud so he sticks to kicks and punches so the crowd doesn’t cheer him. Oh and as I type that Williams gives the poor bastard The Oklahoma Stampede on the ring-post outside.

And of course the crowd goes nuts over it as Williams delivers another Stampede in-ring for the victory.

Unremarkable squash from Bob, who doesn’t break a sweat as he hammers away on DeLeon. Crowd starts really getting behind the jobber (you can hear them yelling “C’mon you bum FIGHT LIKE A MAAAAN”) so Orton lets him get a few licks in and the crowd love that so Bob gets his foot up on a charge to immediately shut it down to lovely boos. Crowd changes their allegiance to Bob and he rewards them with for their disloyalty by finishing with the Superplex.

Post-match Orton bitches about his loss to Orndorff from a few weeks ago and he wants him NOW. Paul doesn’t show up so Orton pouts in the ring until the commercial break.

Orton’s still in the ring so Blair politely tells him to sling his hook. Orton doesn’t want to leave so John Tolos whispers into his ear and Orton leaves willingly with him, presumably joining his stable. Herb asks aloud ”but where’s Dan Spivey?” before realising he doesn’t have an answer and changes the subject. Boy that was a lot of storyline for UWF, that was like an opening segment from 1995 ECW compared to the other episodes. Anyway, this is Louie’s debut and it’s immediately clear he’s better than the other jobbers as he shows personality from the get-go, mouthing off at the crowd and trying to show he’s not scared of Blair by accidentally backing into the referee. Louie gets sent outside after a monkey flip and gets a chance to bug out in front of Honey Bee. Louie continues his one-man show by deliberately messing up coming over the top rope and you can hear the grin on Bruno’s face as he commentates this. It’s just as well Louie’s working for ten men when Blair has a move that sees him flailing his arms like bee wings while Herb yells “buzzzzzz!!!”

Blair finishes off with the Scorpion Deathlock to a mixed reaction.

Winner: B. Brian Blair (I didn’t realise what a Louie tribute Larry Sweeney was until now.)

Cactus Jack tells New York City to appreciate sights like the World Trade Centre while they can as Cactus plans on knocking them all down. Yep.

Oh good, jabberer vs. gabber. Both men yell at each other for two minutes and absolutely nothing is said.

Buzzcut Nikita was an interesting look. His Russian accent is fucking hilarious, sounding like someone was asked to do an impression of Brando’s Godfather but he hasn’t seen the film and only knows other people’s impressions of Brando’s Godfather. Anyway, Spitball is a model jobber for someone like Nikita because he’s built like a dart’s player and takes an OK bump. Koloff finishes with an alright Sickle.

Paul Orndorff vs The Grappler (not Len Denton)

Paul isn’t going to waste any time with this ham sandwich when he’s got Dr. Death breathing down his neck so he immediately suplexes The Grappler onto the concrete before finishing him with a typically great piledriver.

Billy Jack expresses his disgust at DeBeers’ racist sentiments, explaining that when he was a small child, black people babysat him, so tonight he’s going to fight for “Blacks, Hispanics and Orientals!” DeBeers immediately mouths off at the referee so Billy Jack attacks him from behind. DeBeers takes the crazy knee lift sell like last time.

DeBeers stun guns Billy on the ring ropes before doing the same on the barricade outside. The match slows wayyy down with DeBeers pounding away on BJ to surprisingly little heat. I mean they’ve hyped up the drama of the Racist vs. Referee, you want to see some drama happen. Eventually DeBeers shoves the referee into Billy Jack, the ref takes a bump before recovering to see DeBeers in the Full Nelson so…DeBeers punts him down for the DQ. DeBeers doesn’t take it well so he DDTs the referee as Billy Jack leaves the ring (and the company).

Winner: Billy Jack Haynes (Neither the wrestlers nor the company have any material past “DeBeers is racist” so this was nothing.) 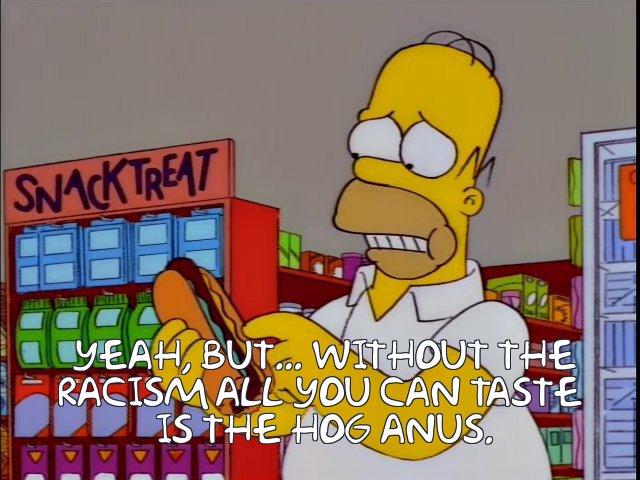 Overall: Williams & Orndorff carried this show on their bulky shoulders but it was cool seeing young Louie doing his thing. Not much else to say so I’ll end it there!