Can Greg get the better of Zbyszko? Or will he receive the worst? What’s up with the bikers on the couch? And is that the UNDERTAKER in Atlantic City in 1985? Let’s explore! 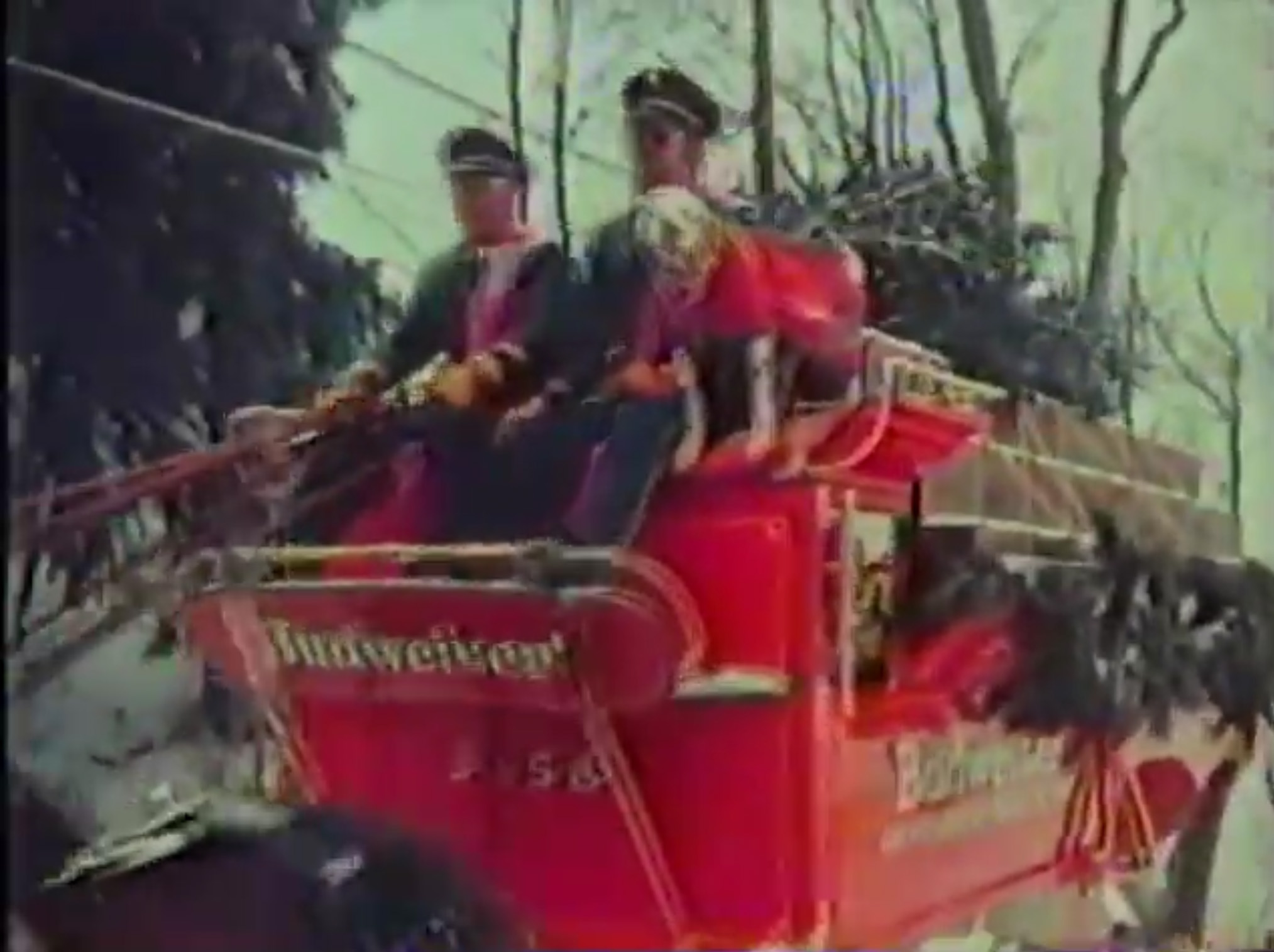 Head to Foot Locker for all your gym wear needs. 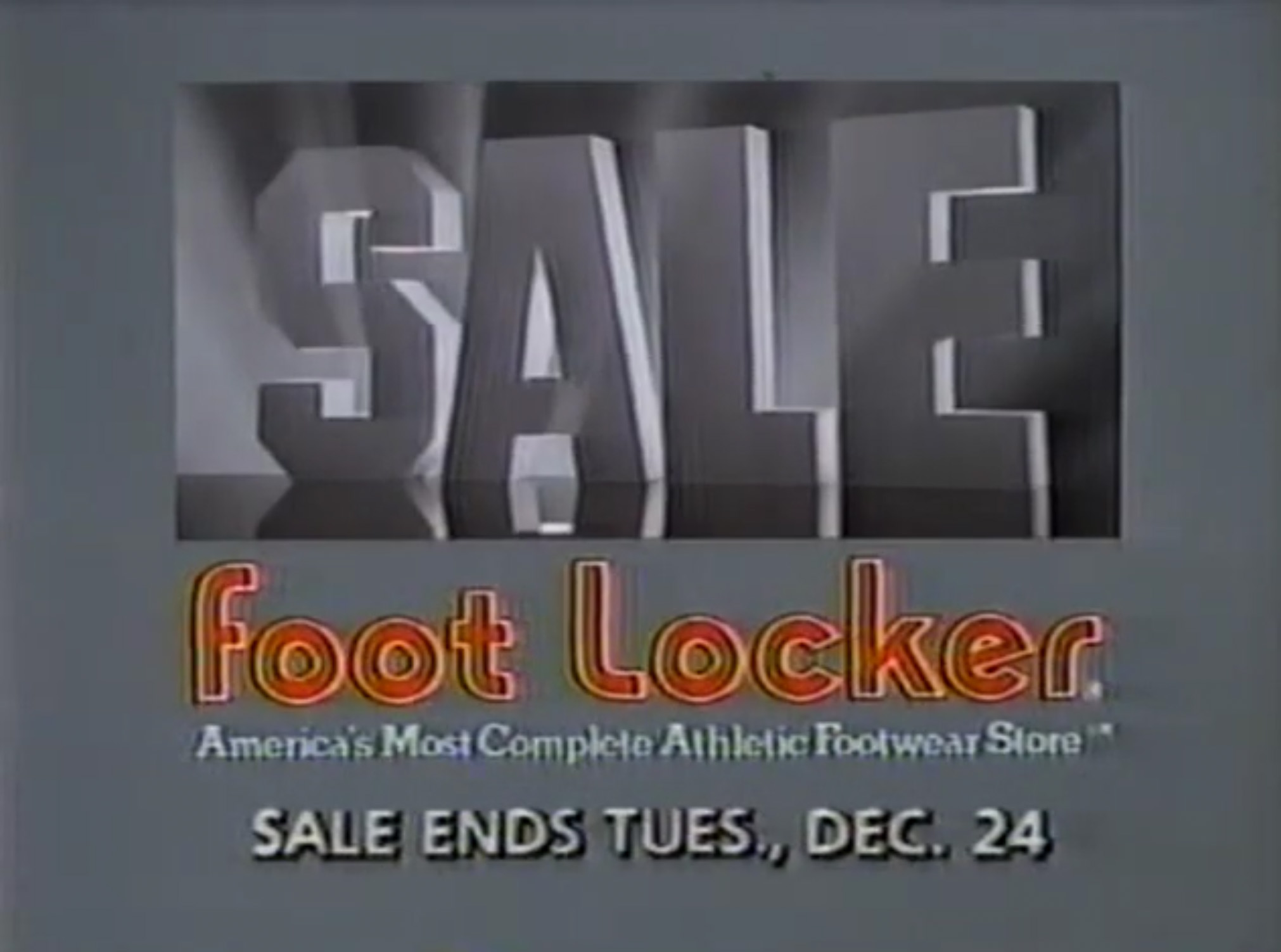 Nail down your timing with Timex. 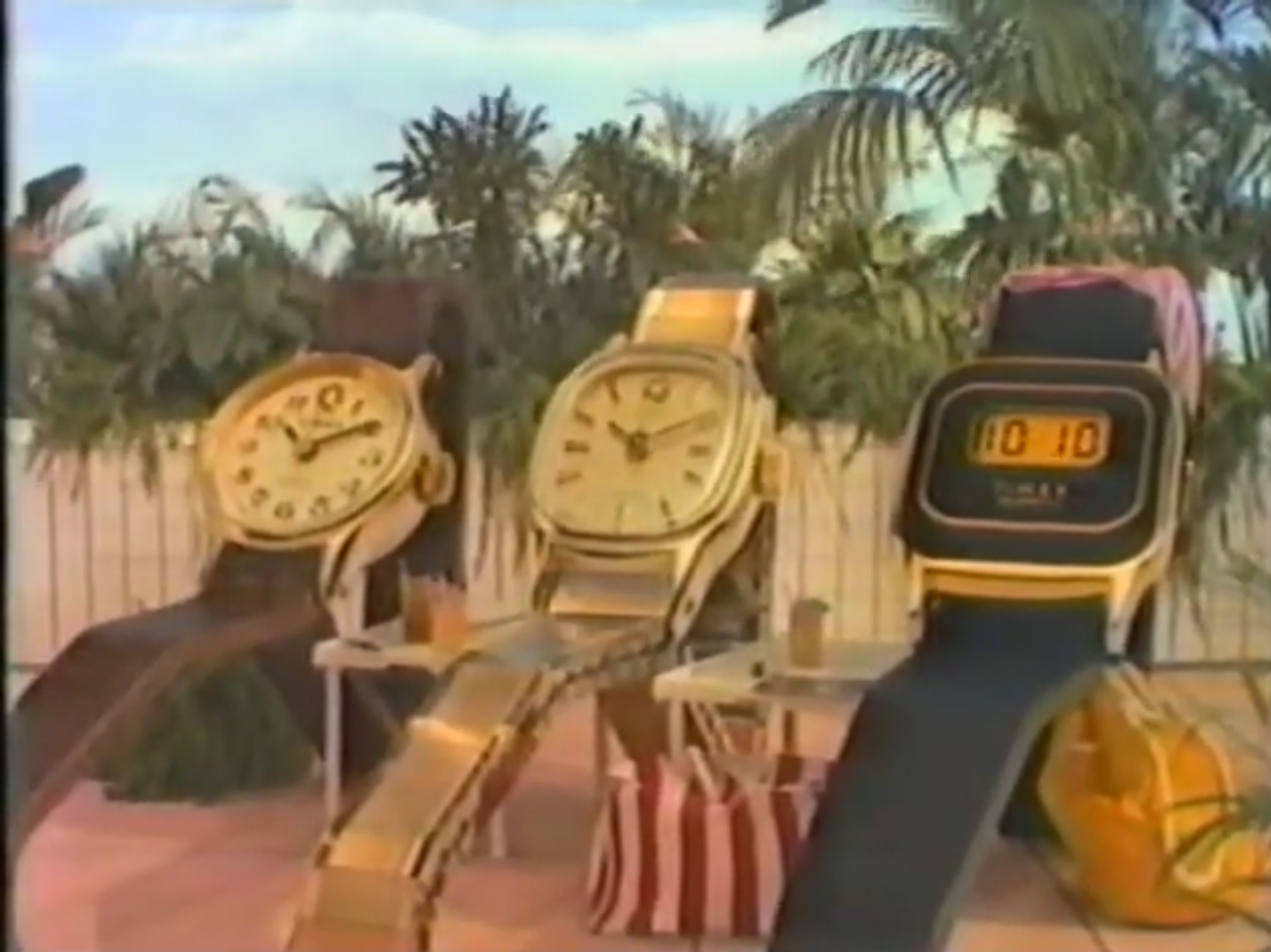 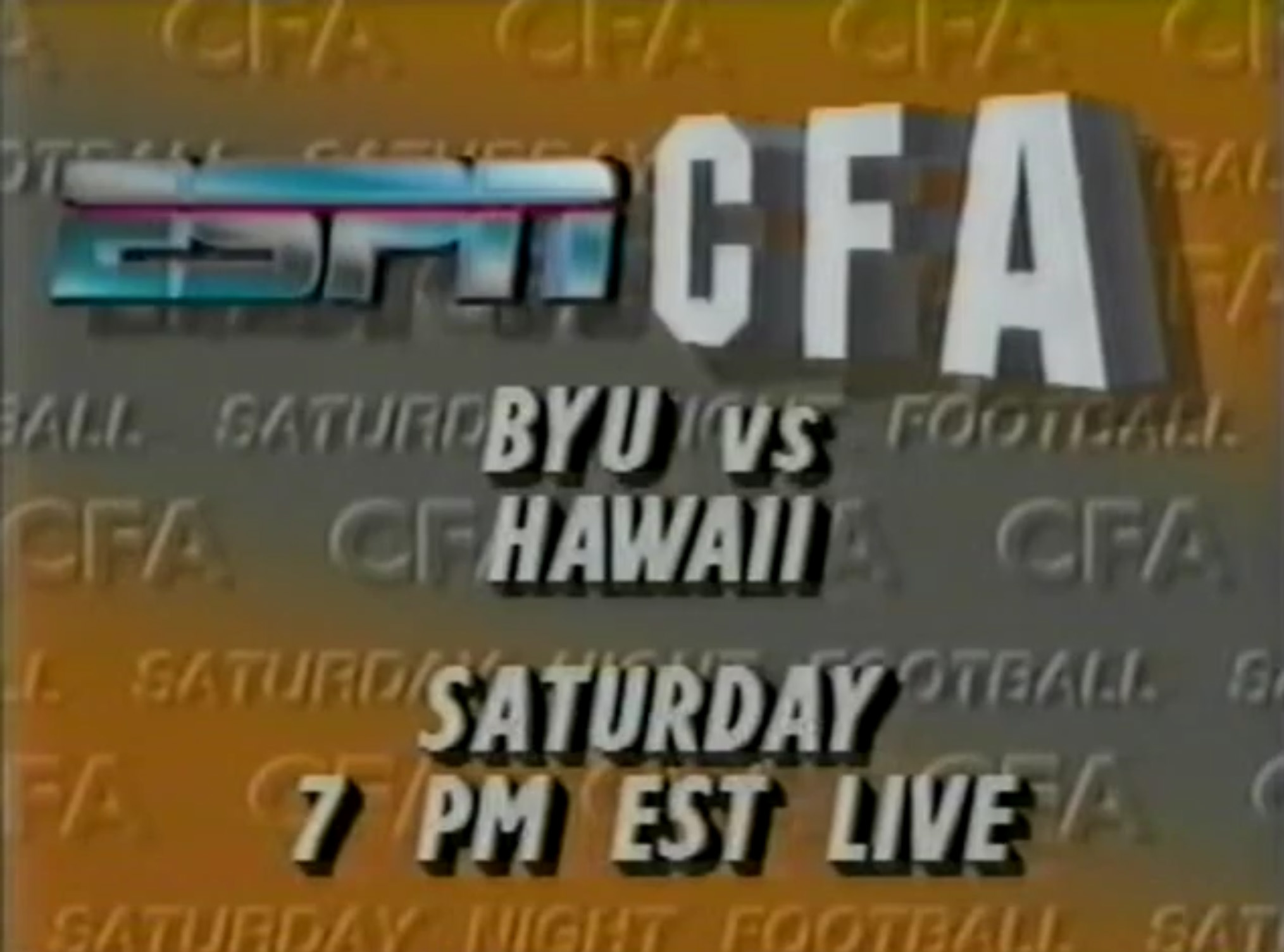 In the ring, Nelson interviews Sheik Adnan Al-Kaissie with the Mongolian Stomper. Kaissie promises more surprises in addition to the Stomper and cuts a promo on Martel, Slaughter, and Greg. 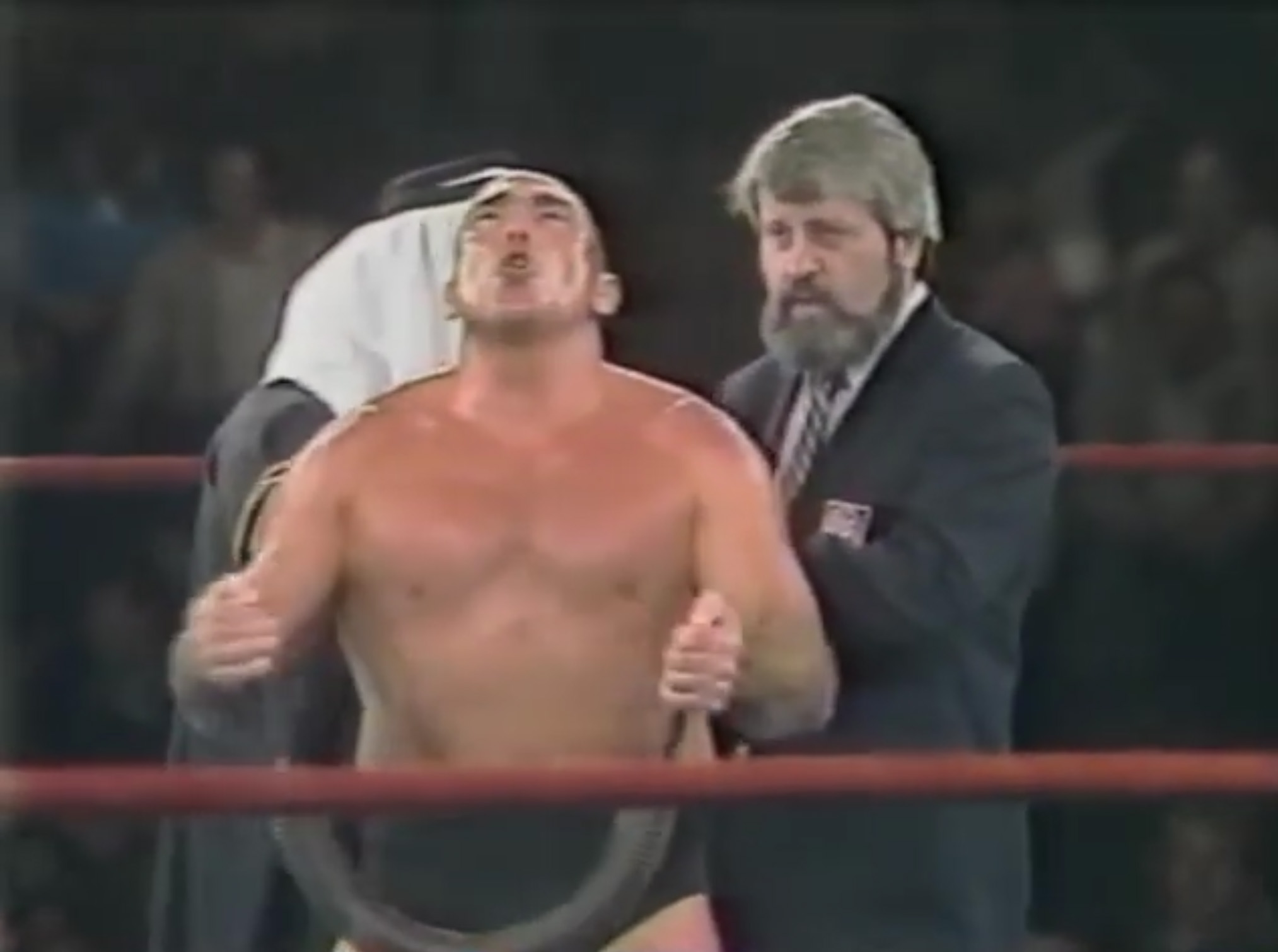 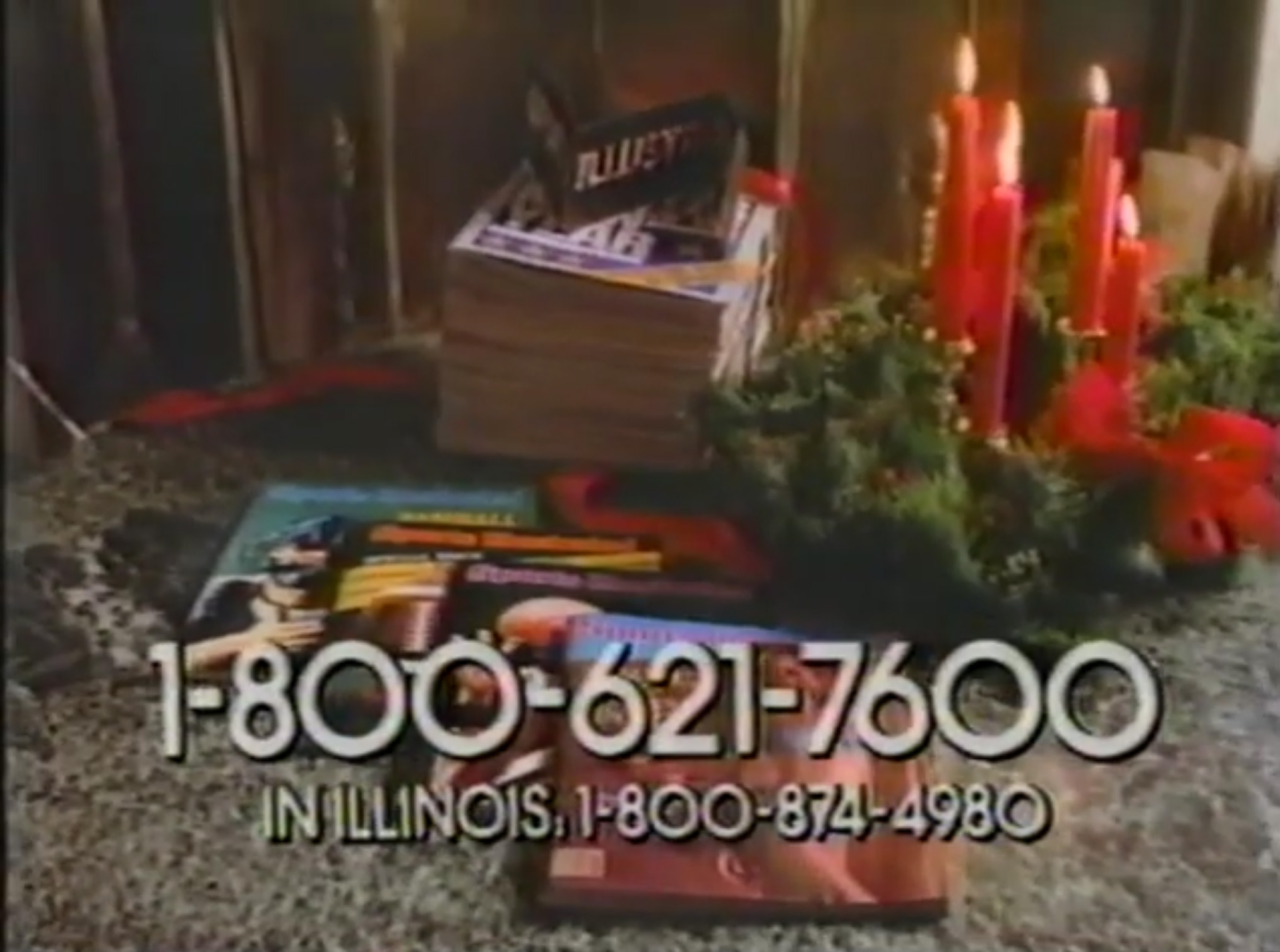 Catch the AWA on tour!

Get Honey Hits from Jimmie Rodgers for only $9.98!

Summary: Showcase match for the World champion. Perhaps this Undertaker should make a call to one Pringle, Percy.

For all your electronic needs, buy Emerson.

Get your nuggets from the “chicken experts”—Kentucky Fried Chicken. 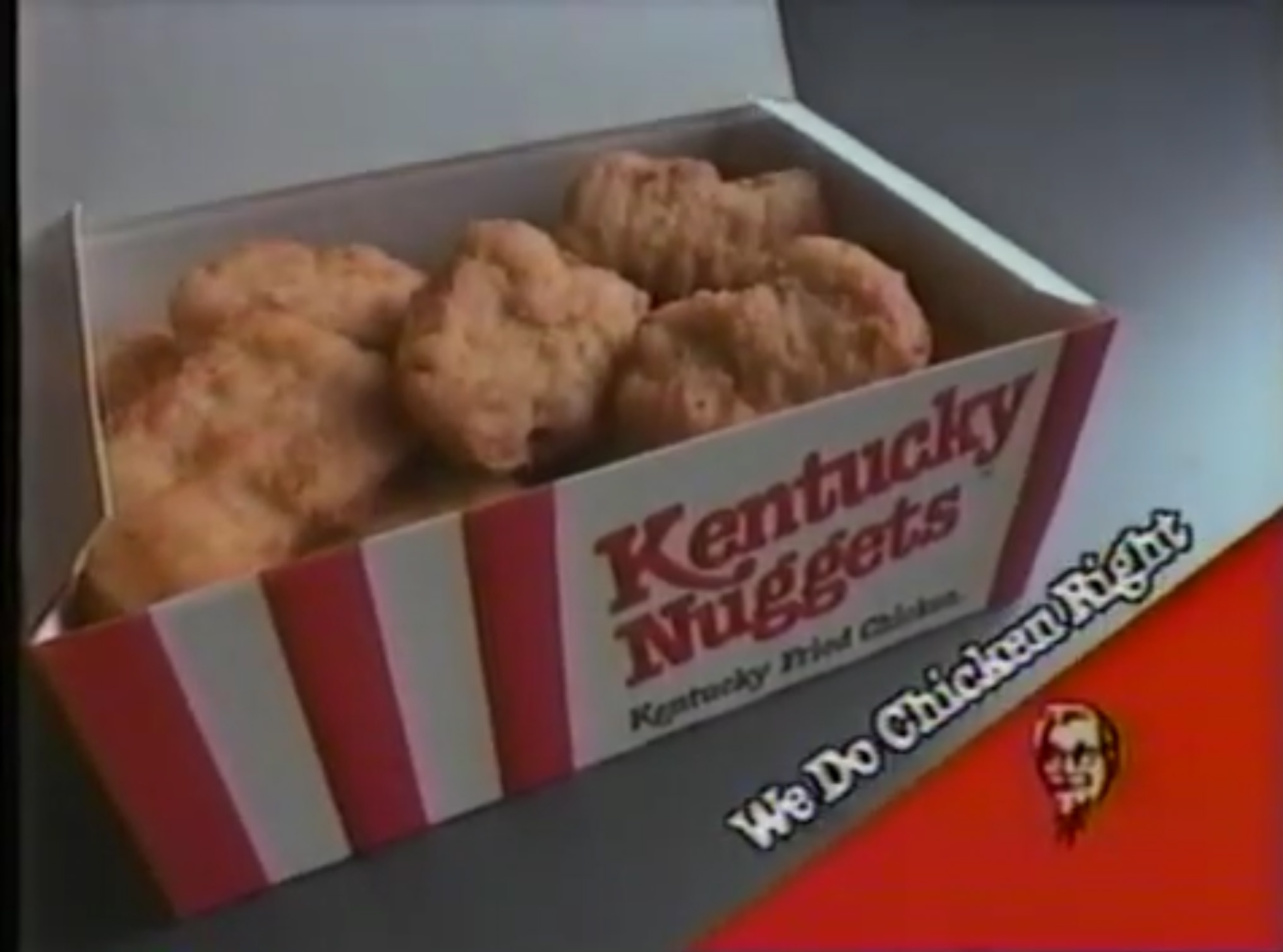 In the ring, Nelson interviews Martel who cuts a promo on and challenges Stan “The Lariat” Hansen. He might want to reconsider his options. 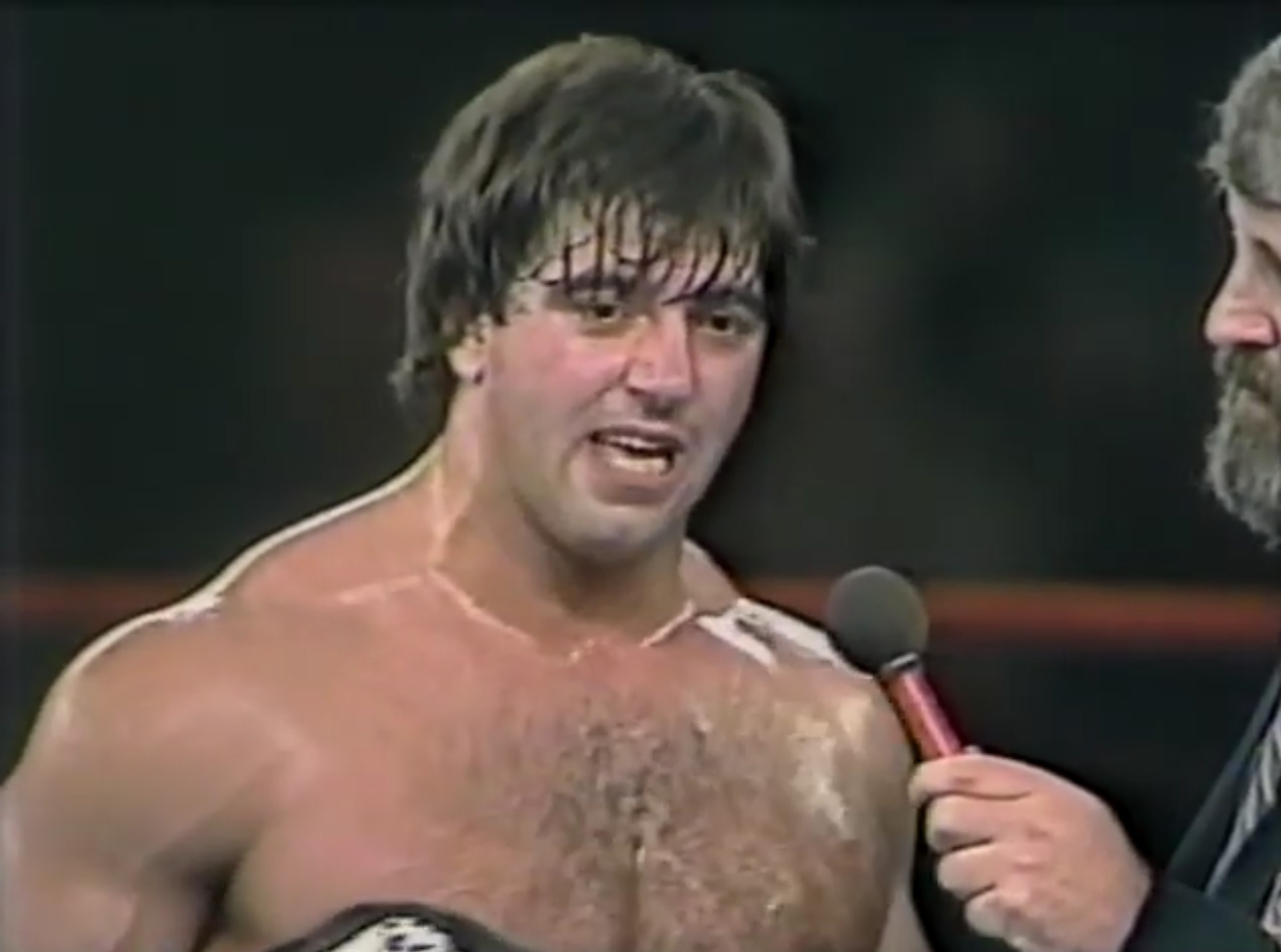 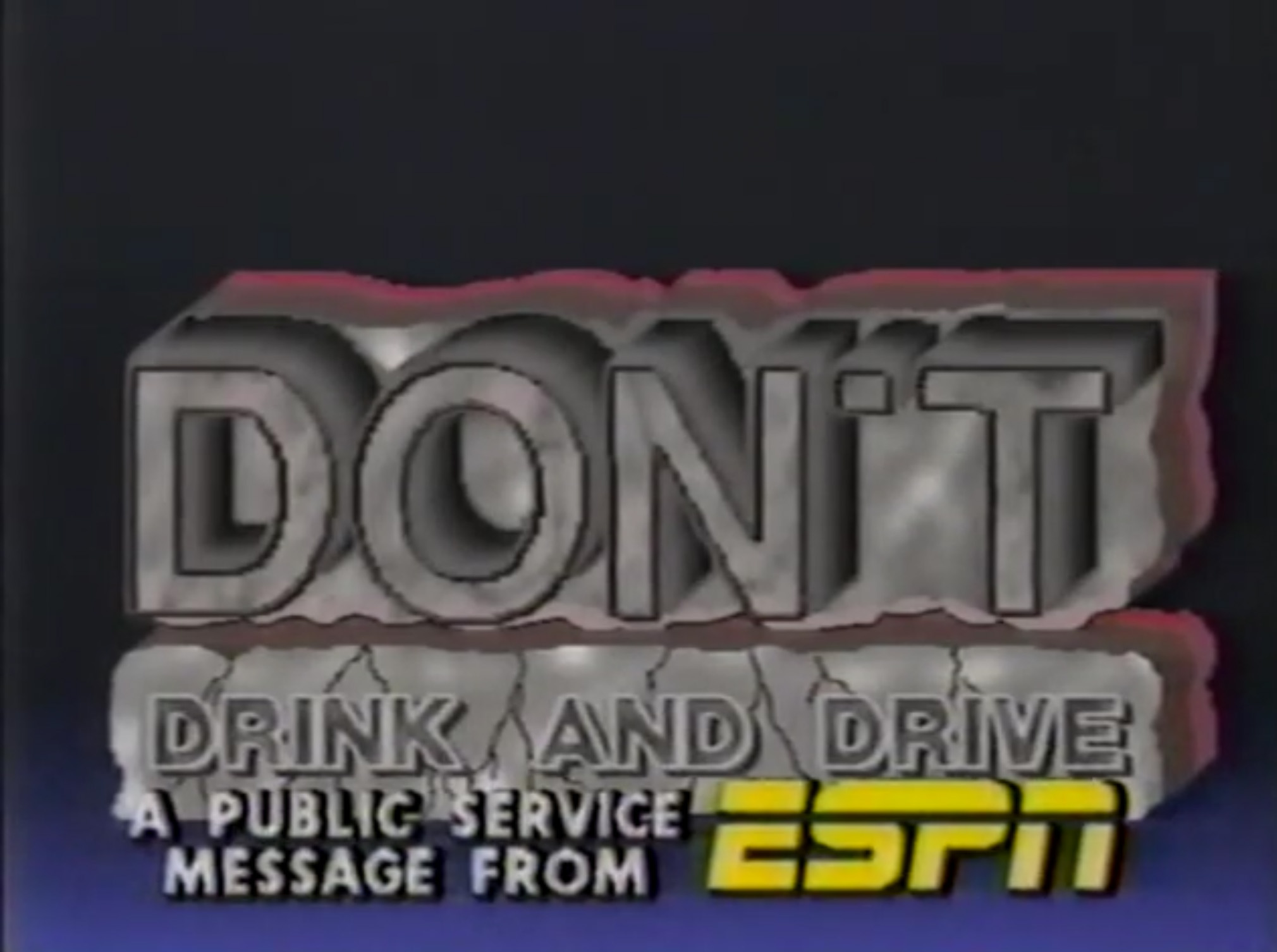 Catch the NHL on ESPN as the Chicago Blackhawks visit the Edmonton Oilers on Sunday. While the Oilers won 4-3, a rematch occurred in Chicago on 12/11. During that contest, the Oilers and Blackhawks combined for 21 goals with the Oilers winning 12-9.

Get Chloraseptic and get relief fast. 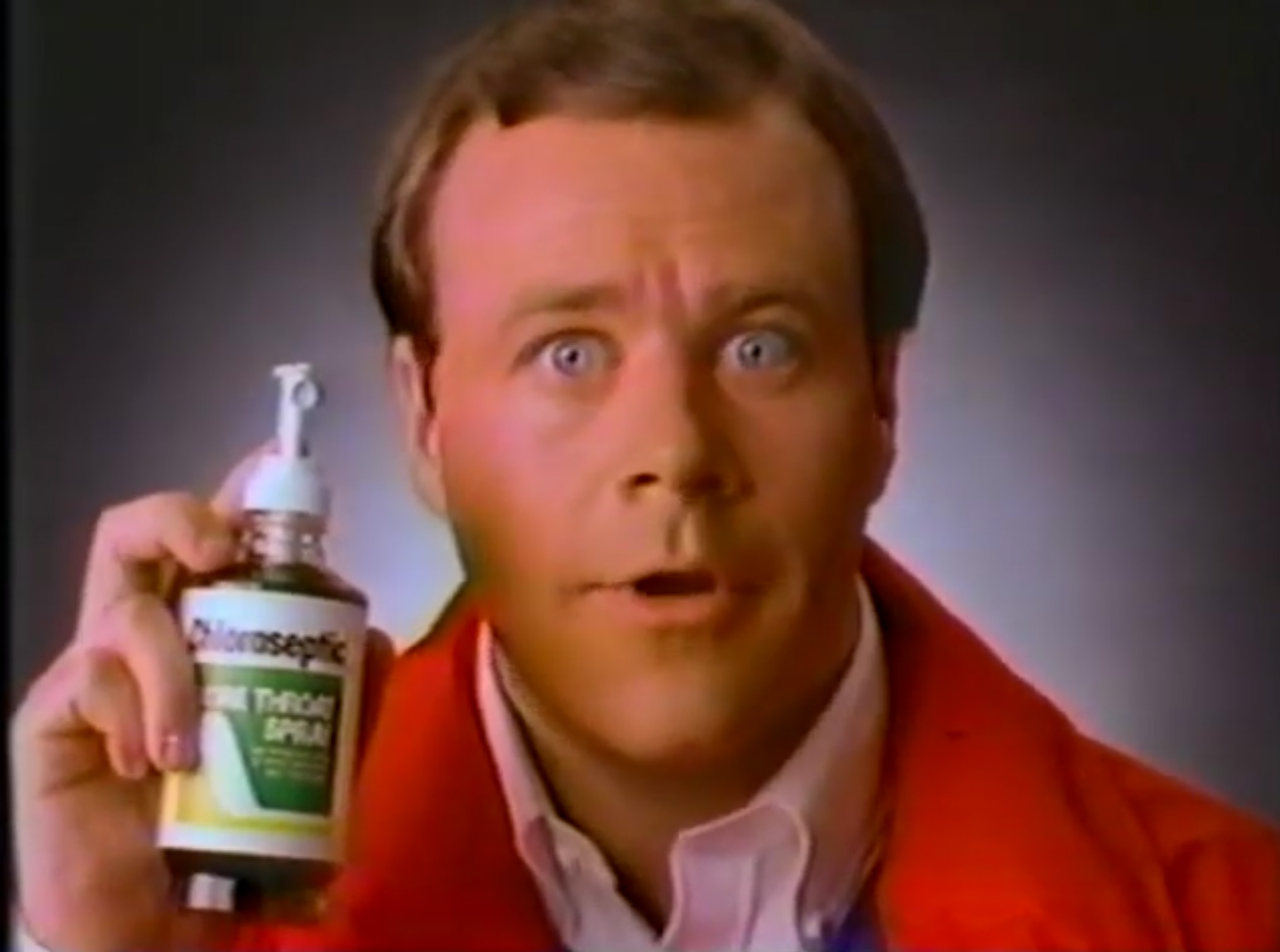 Subscribe to the Wall Street Journal or get investment advice from Verne Gagne. 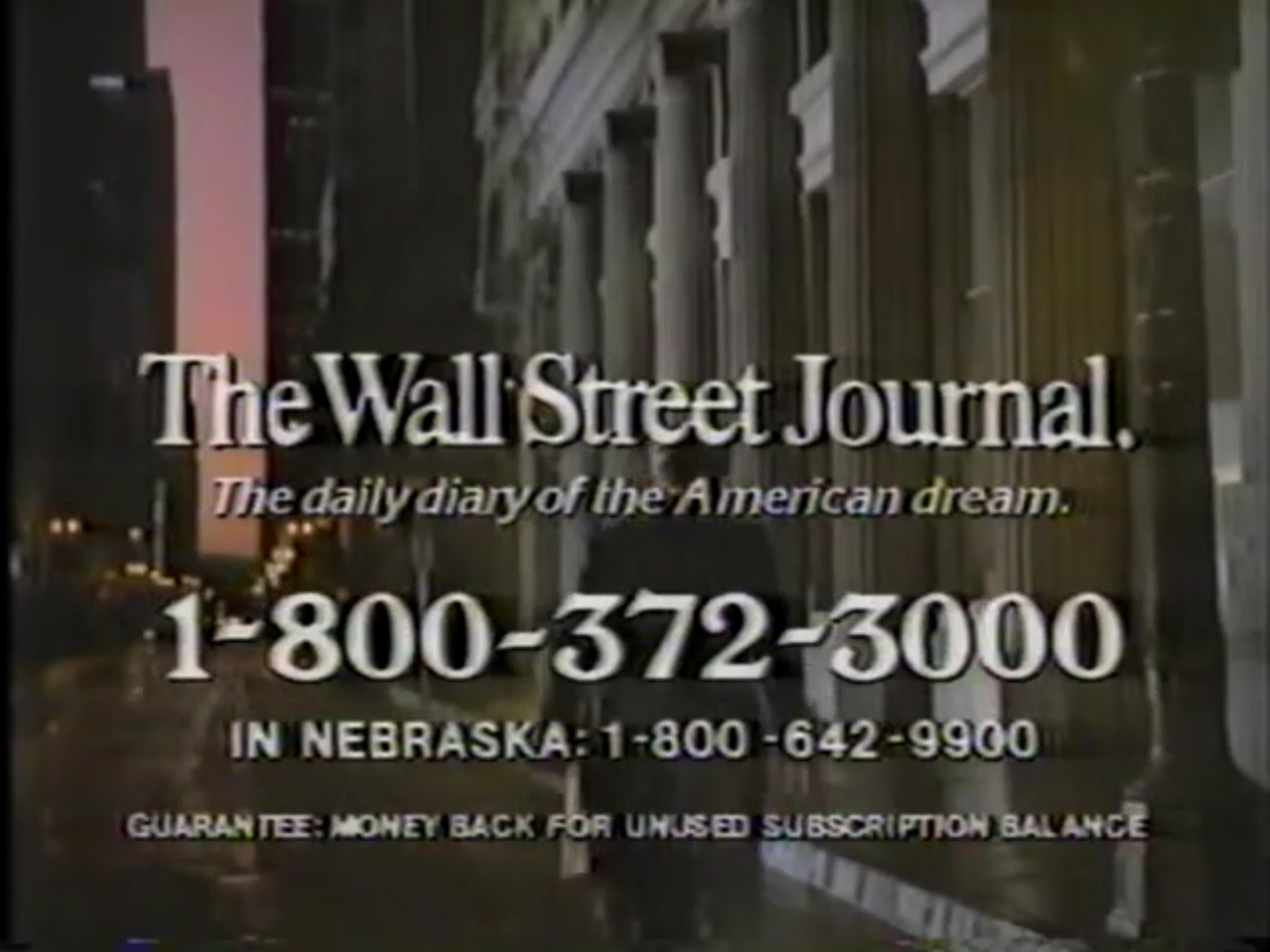 Summary: Showcase match for the Freebirds.

Ad #2 airs for the Beach Boys.

Catch Harness Racing at a harness track near you! 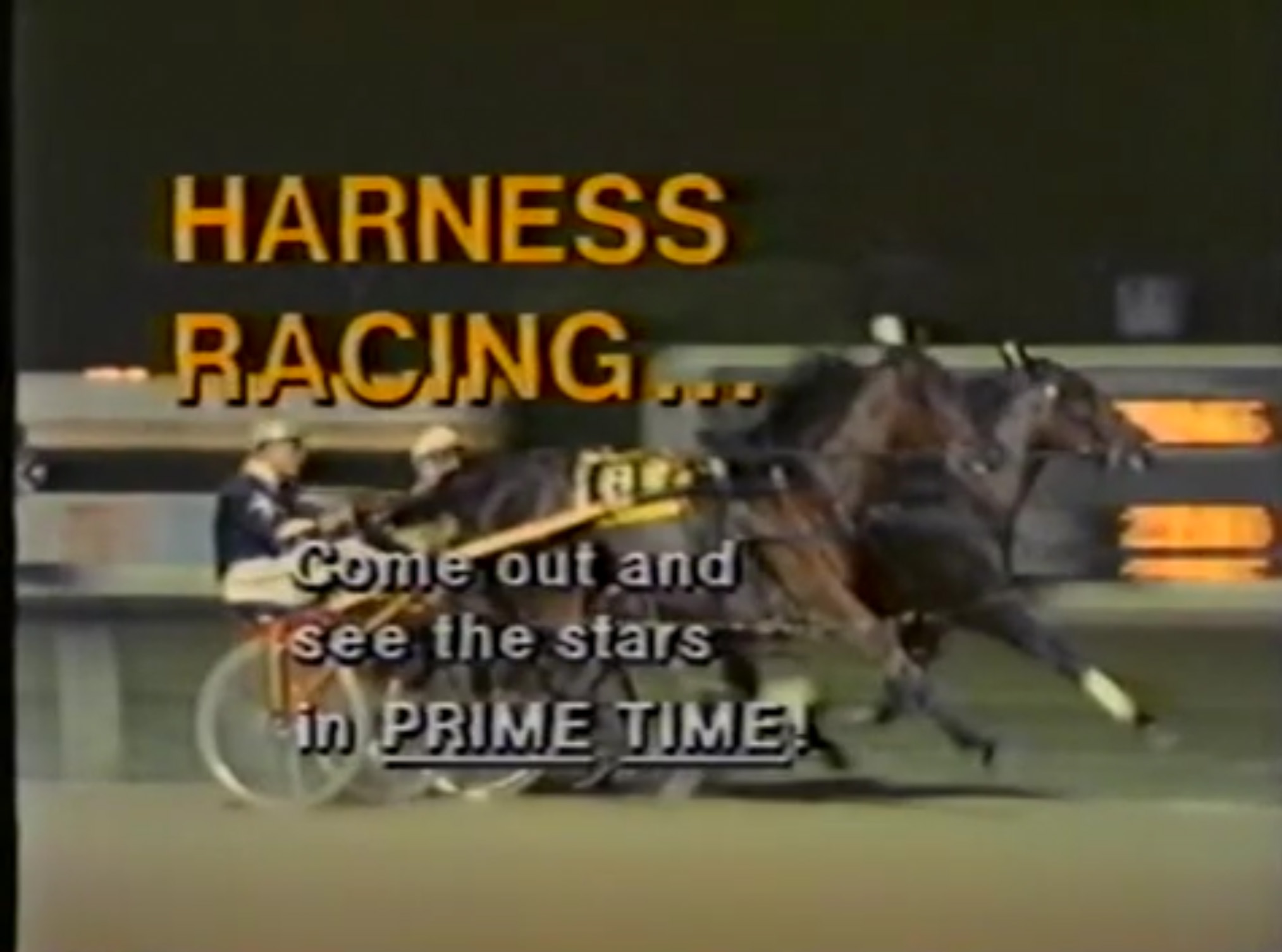 In the ring, Nelson interviews the Freebirds, Hayes refers to Jerry Blackwell as the “Michelin Man” and claims the Freebirds are the “best team in the world.” 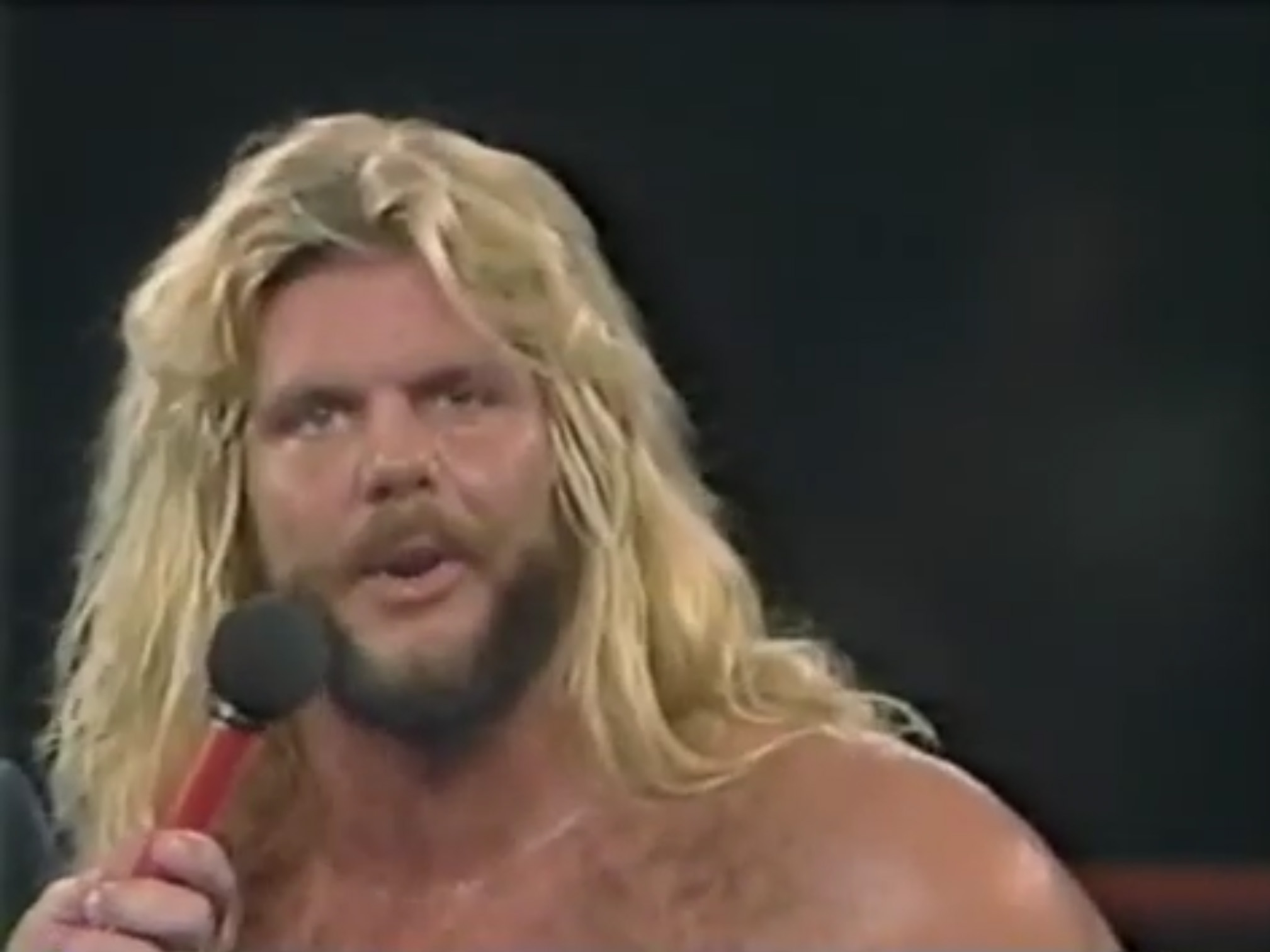 Visit the US Virgin Islands today! 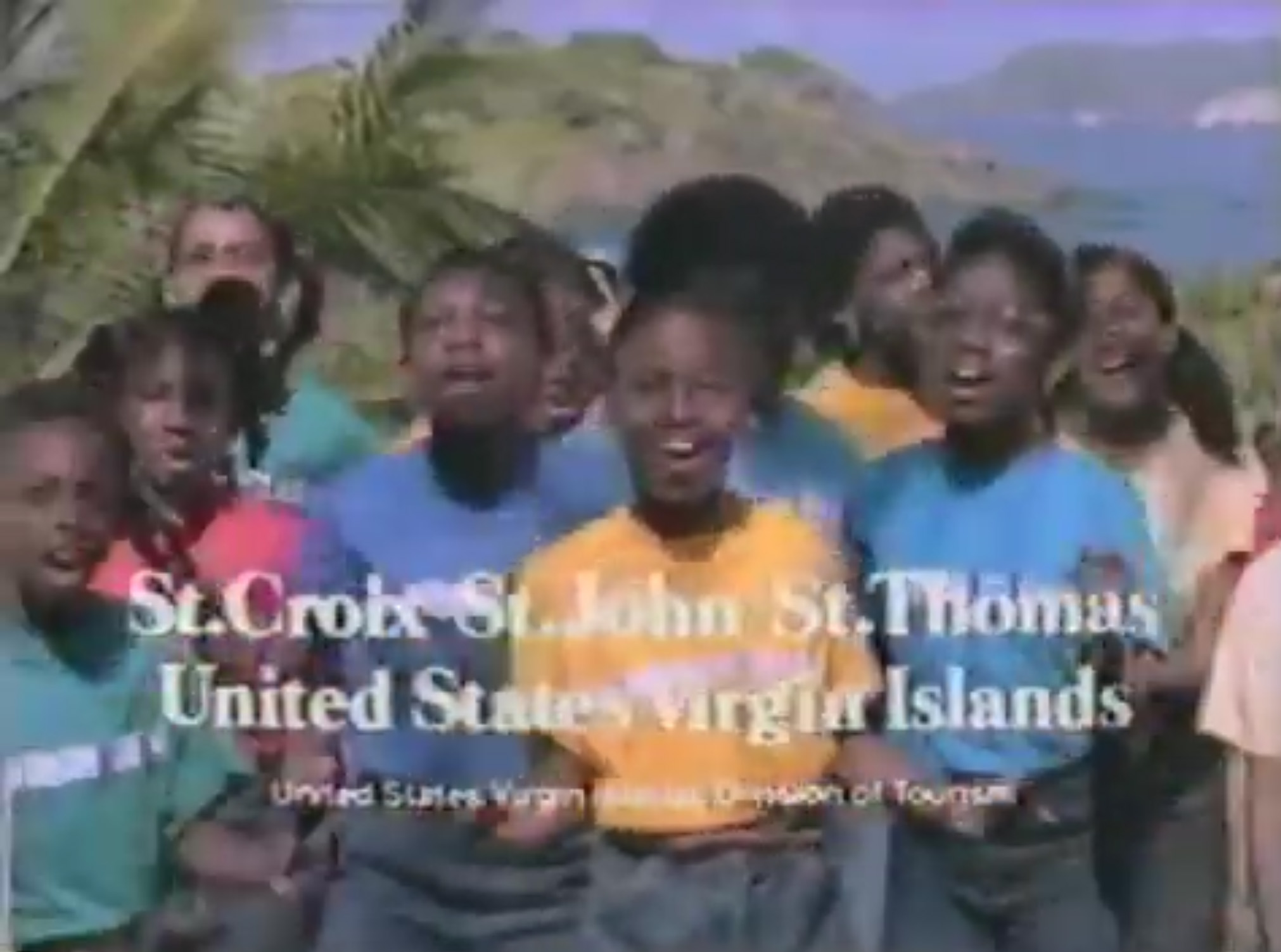 On 12/29, the AWA hosts Night of Champions II as Martel defends the World title against Hansen. Also, Ric Flair and Dusty Rhodes wage war against one another for the NWA World title. And more! Yes, I’ll be covering this show. Stay tuned!

IN THIS CORNER: After a video showcasing the Long Riders airs, Nelson and Zbyszko interview them. Bill Irwin complains about the “stuffed shirts” out there while running down the Road Warriors. 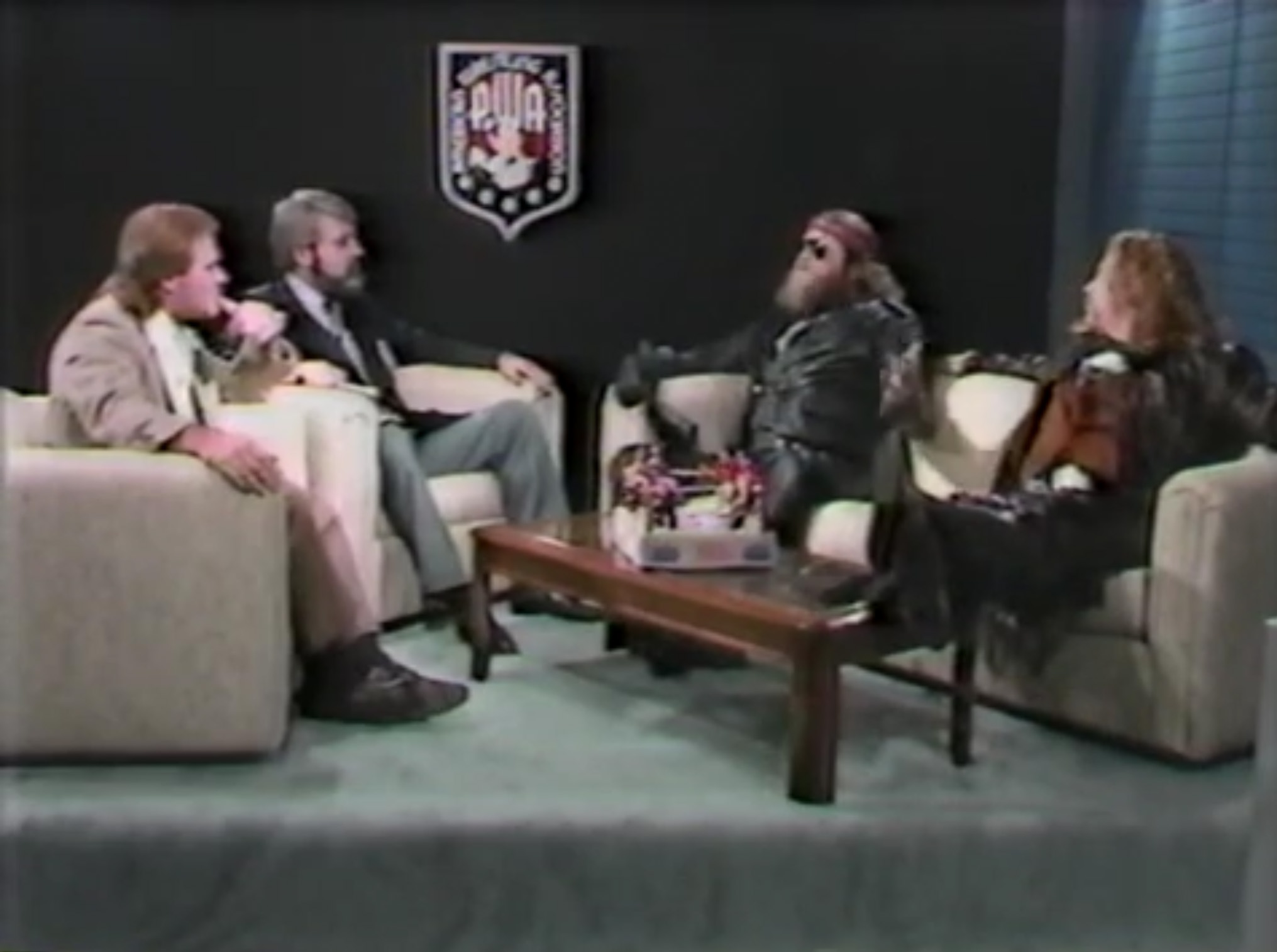 Plug #2 airs for the AWA tour. 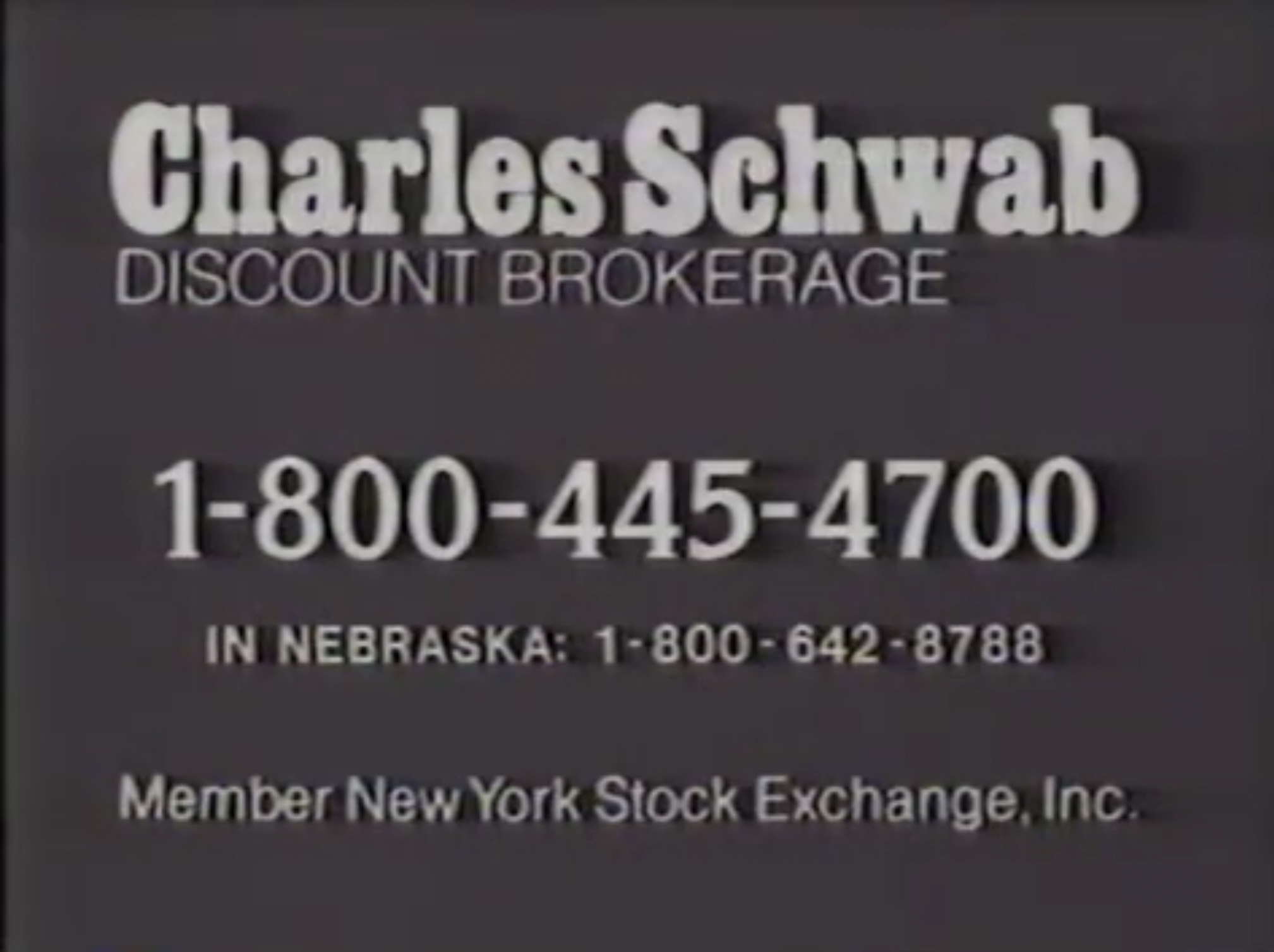 RINGSIDE RUMORS: Donna Gagne informs us that Zbyszko will demonstrate karate at USA Karate school in Minneapolis. Also, Ducks Unlimited magazine will feature both Verne & Greg Gagne as well as Larry & Curt Hennig. In other “news,” AWA wrestlers have challenged the NHL’s Minnesota North Stars and other NHL hockey teams to a “charity hockey scrimmage.” If you can believe this, the Long Riders have challenged the Road Warriors to a “cycle drag race.” Next, a sequel to Bad Guys is in the works with Scott Hall as a potential star. In stunning developments, Blackwell knows how Mary Lou Retton feels about being involved in advertising albeit on a much larger scale. Finally, Al-Kaissie’s exorbitant purchase of the Mongolian Stomper may cause oil prices to go up soon. HA! 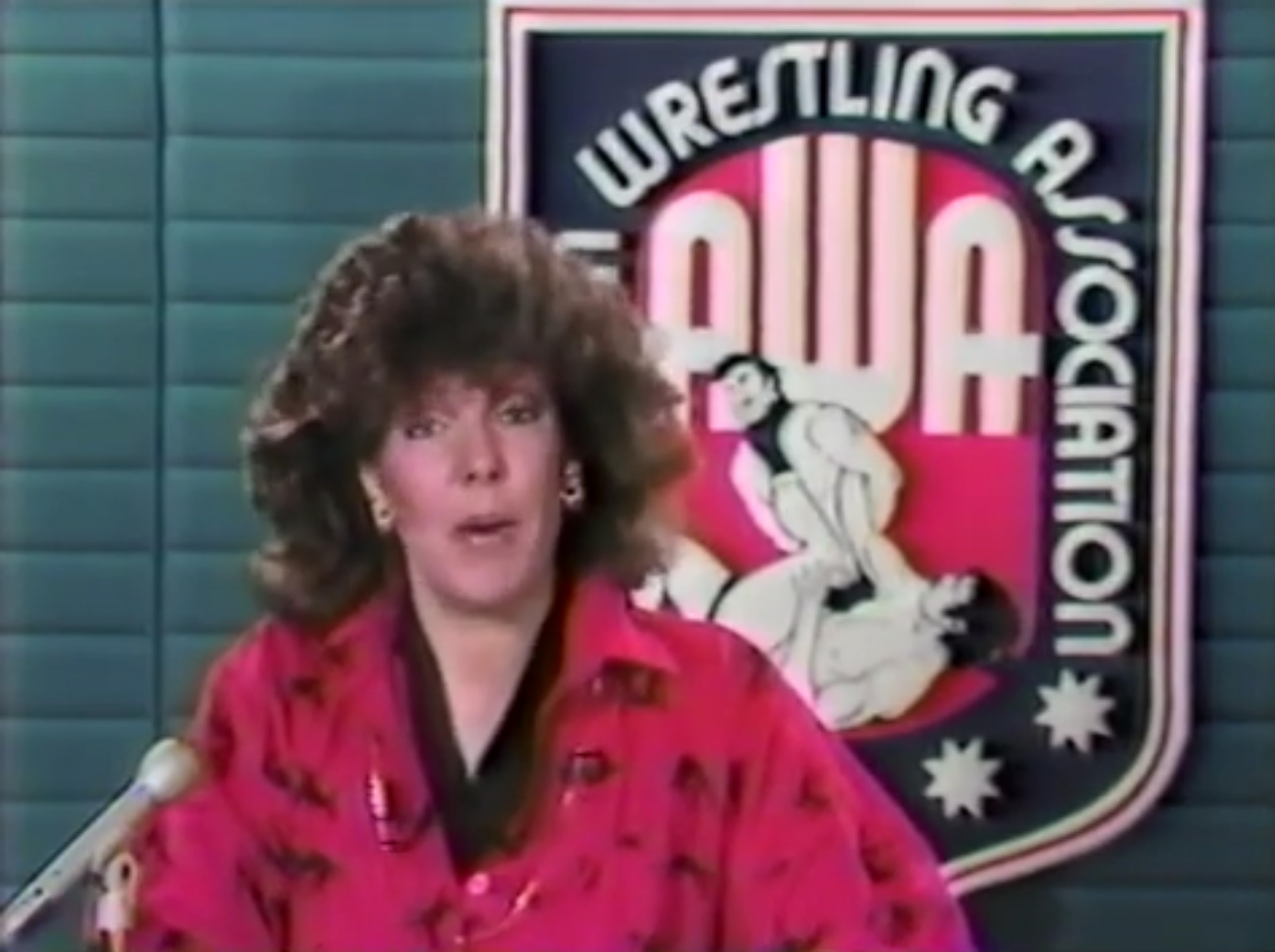 Please forgive me, but a midget match from a mere five months ago is NOT a mat classic. Moving on…

Summary: If you subtract Zbyszko’s cheap heat antics, this match barely had any substance to it.

After the match, Bockwinkel enters the ring to stop Zbyzko from getting fined/suspended. Despite Bockwinkel’s objection, Zbyszko shoves him away and WHIPS Greg in the back of the head with the nunchucks. Heinous! Driven by rage, Zbyszko also WHACKS Bockwinkel with them knocking him OUT COLD. He shoves down Woerhle, but the babyface locker room empties to chase him away. While enhancement talent carries Greg backstage, the doctor checks on the unconscious Bockwinkel. 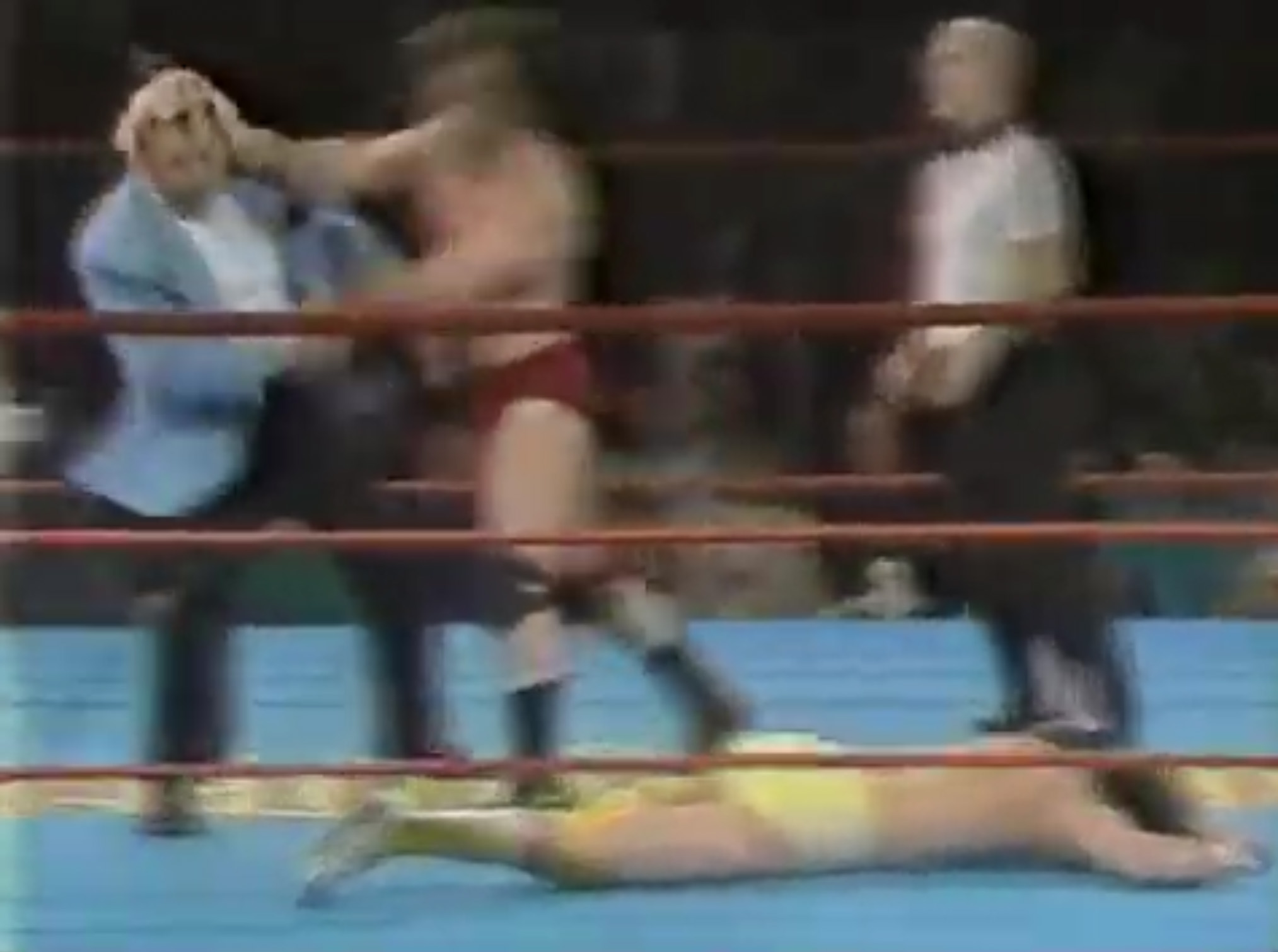 Phillips 66 has techniques to keep our rivers clean while producing oil domestically. 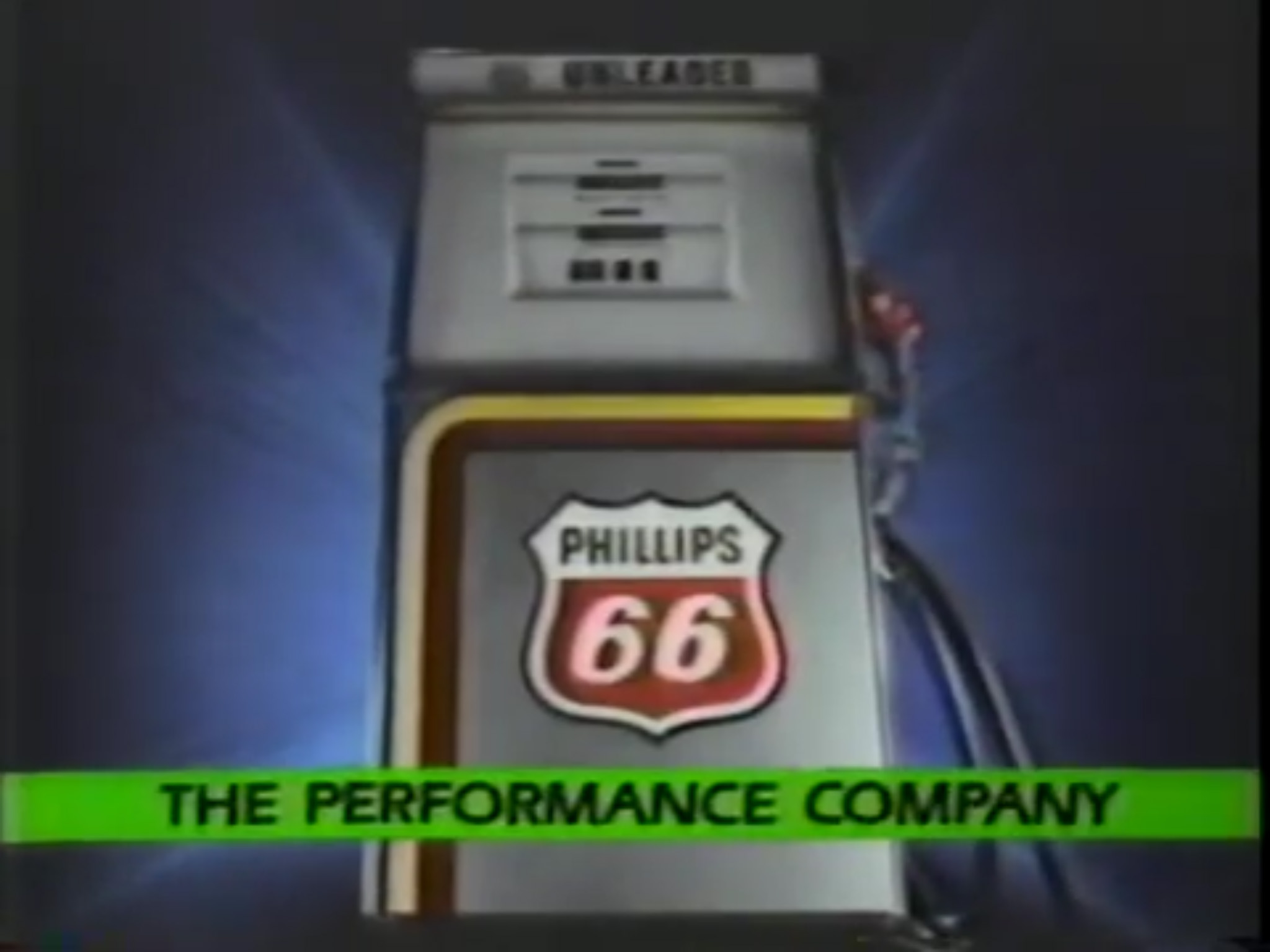 In the ring, Nelson interviews Hall and Hennig. Hall’s worried about Greg’s stomach and neck wounds, but Hennig’s disgusted by Zbyszko’s actions. 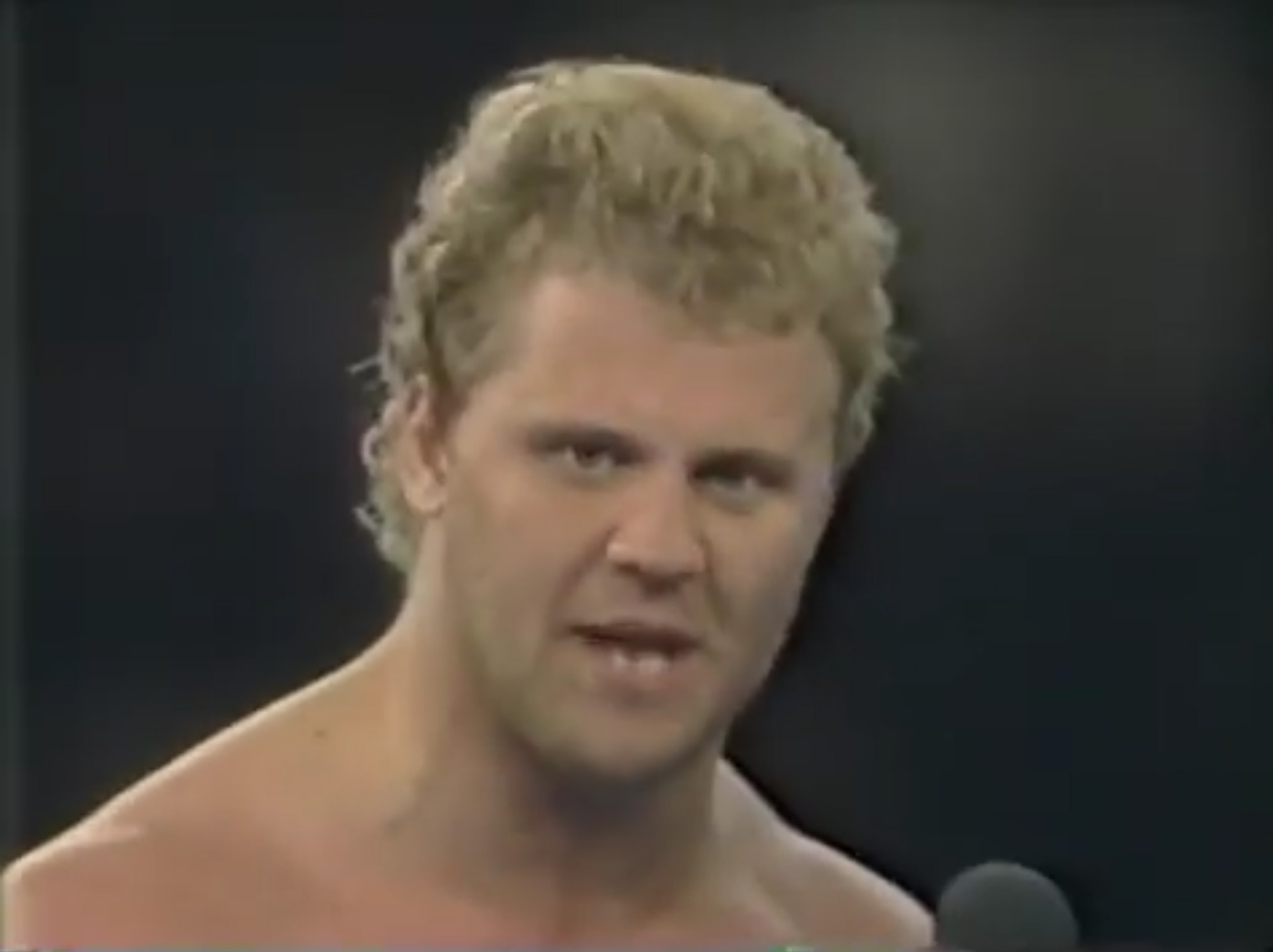 To close out the show, Nelson and “Nature Boy” Buddy Rogers discuss the earlier chaos. Rogers basically says that Zbyzko bit off more than he can chew. 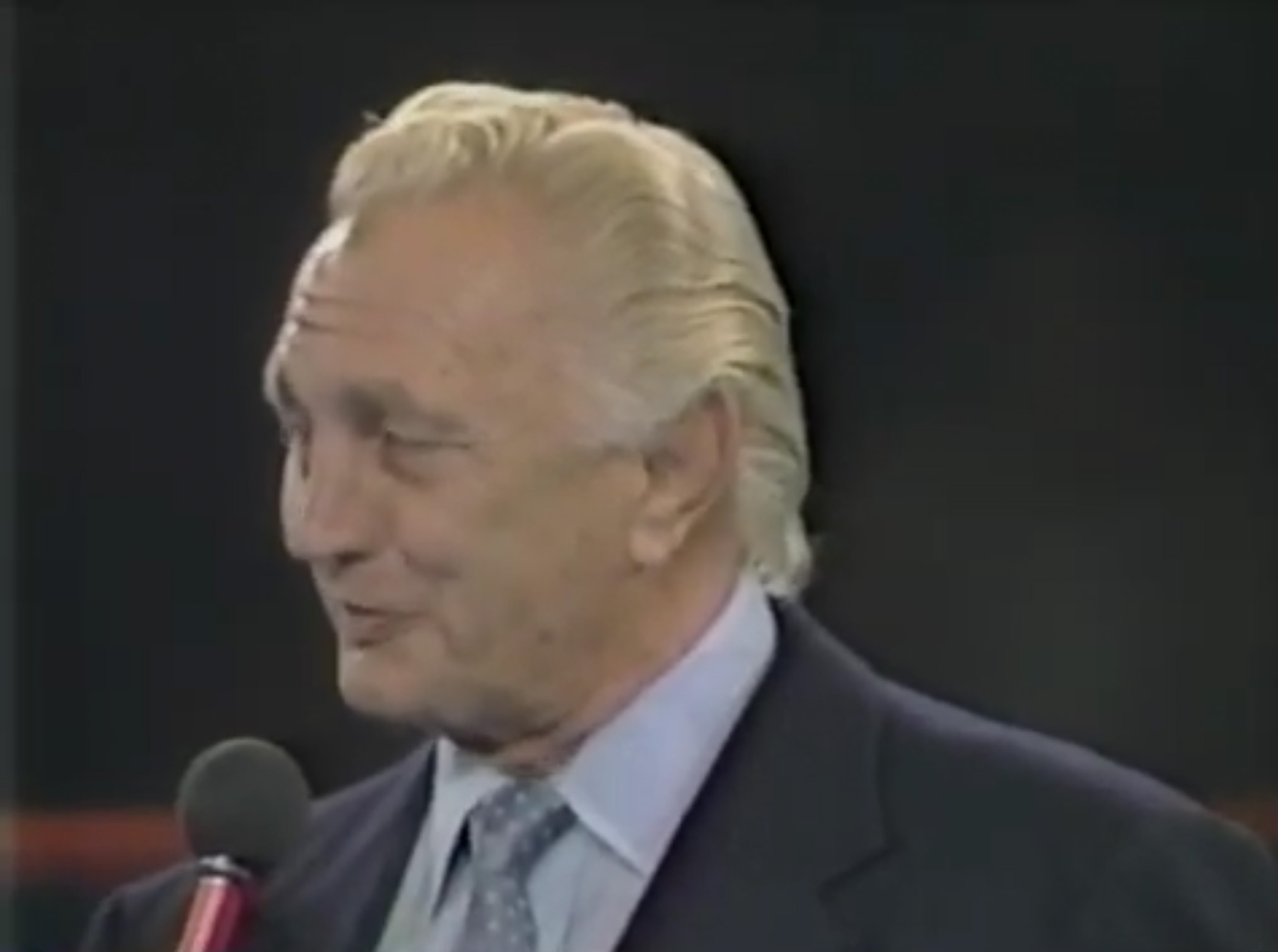 Conclusion:  What a glorious angle to close out the show!

Why is it glorious, you ask?

First, by his actions, Zbyszko basically gave Bockwinkel a face turn. Second, it made Zbyszko into a despised heel that EVERYONE wanted to witness his butt getting kicked. Third, should it be in the cards, Bockwinkel could challenge a heel champion down the road.

Verne may not have been able to keep his talent standing around him for long periods of time, but he was no dummy when it came to a big angle to sell future TV episodes and tickets.