Yo Joe! The original G.I. Joe and newer Renegades series both had Christmas episodes, so reviewing those, plus one on the same disc as the former that I’ve completely forgotten what it’s about.

Cobra CLAWS Are Coming To Town

For those that don’t know, CLAWs are the grey gliders Cobra use, although they play no greater function here than to provide a pun for the title. The Joes have been collecting toys for a children’s hospital. Firefly sneaks some more into their trailer, including a rocking horse that acts as a Trojan horse, with shrunken Cobra troopers and vehicles inside it. Firefly restores the likes of Major Bludd and the Dreadnoks to full size inside the Joe base, allowing them to take over. Even though it’s a little goofy, it’s a neat idea with toy-sized Rattler and Trouble Bubbles vexing the Joes. This leads to an awesome end of act one, with Cobra Commander standing victorious in front of a sign saying MERRY CHRISTMAS.

Never underestimate how much a dickhead CC can be, as just after Shipwreck has escaped his bonds he comes in and places the key in front of them, out of reach in theory but not execution. They obviously escape, but a further battle with Destro sees Polly the parrot miniaturised, then turned into a giant, as Cobra go to attack nearby Keystone City in Joe vehicles, to smear their name. The Joes go after them in Cobra vehicles, a neat switch. Mega-Polly makes the difference between the winners and losers at the end. They get an impressive sense of scale in to make him (yes, Polly is a boy) appear colossal. We also get Cover Girl getting a bit of lip action in with Duke… luckily Scarlett’s not around. They really should’ve stuck with Scarlett as Snake Eyes’ significant other and used Cover Girl as Duke’s girl. Great episode!

An Eye for an Eye

Not seen this episode in years, totally forgotten what it’s about, so it’s new again to me! Can kinda guess given the title. The Joes are protecting a convoy when they are attacked by Cobra. A plane gets shot down, wrecking a civilian home and injuring the mother, son and daughter inside. Then I remember the episode, because the embittered dad wants revenge on Cobra, which he’ll get with or without the help of the Joes. Lady Jaye ends up taking him into action with her, but they get shot down and taken captive. The man, Fairmont, frees Jaye to relieve himself of his grudge.

It’s an episode that feels like it should be a lot better than it is. Probably needed to go two episodes, with Fairmont building in aggravation before arming up, maybe even adding in a back story for him to justify his action skills. As is, it’s just good, with little wrong with it, but not a classic. The face-off at the end makes up for some of the shortcomings that time wouldn’t allow, with Cobra Commander for once staring down the guy and putting him on his arse, humbling him a bit. He could’ve returned to continue his feud, but he didn’t.

From G.I. Joe: Renegades, which was heavily influenced by The A-Team, with a group of Joes (you can guess who – Duke, Roadblock, Scarlett, Snake Eyes and… Tunnel Rat) on the run after being blamed for an explosion at a Cobra site. Cobra in this world are like Walmart, but secretly they’re run by the evil Adam DeCobray, AKA Cobra Commander. They actually switched the running order to put this two-parter on Christmas Eve, rather than playing it in January/February as planned.

As they travel through Missouri, Duke’s home state, he thinks about his childhood, with mom and and little brother Vinnie (Falcon). To make it even better, Michael Bell and BJ Ward, who were Duke and Scarlett in the original series, play the parents. The Renegades infiltrate the Cobra Christmas party as Santa and his elves, managing to override the cover signal of a handsome “DeCobray” talking, revealing the scarred and masked figure really underneath. This causes great alarm, with his main agent, the Baroness, kicking into action. Duke’s parents become hostages of Cobra, but Duke frees them and they work alongside him to help towards clearing his name. Shame the embittered little brother shops them to Flint, who is the Joe charged with bringing the Renegades in.

Not every episode of the show was fantastic, but more were than not. Was never sure about the choice of Charlie Adler as Cobra Commander, although he fills the role fine. At the same time as they were shitting the bed on the big screen with Rise of Cobra (and, worse, Retaliation), Hasbro had a show on the Hub, their own TV channel, that could’ve been done, and today probably would be done, as a live action show with actors more famous than voice actors. Transformers: Prime managed to pull in the Rock for a cameo as Cliffjumper in the series premiere. Everyone puts the effort in here, including the aforementioned voice actors. Even though he ends up playing an antagonistic good guy, Johnny Messner is especially good as Flint.

The Bottom Line: Cobra CLAWS… is a good example of how you can create a great episode through tremendous visuals, so with that in mind… 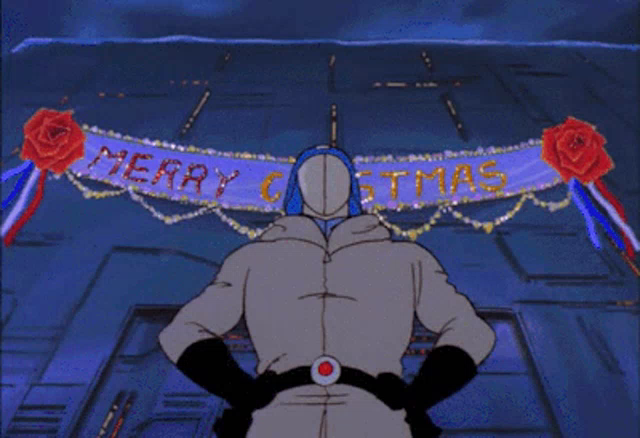