We’re at the University Of Kentucky but nothing’s happening on the show so we go straight to a match, oh goody.
Old man Goldust is able to dodge Zeke’s clubbering easily but like Joshua’s first fight with Ruiz Jr, he gets too close and gets knocked down. Sadly this means Zeke has to stay on offence for a few minutes and despite his theme song, he doesn’t show domination unless “domination” is a bunch of shitty double arm locks. Crowd thankfully gets behind Goldust to end this one quick with a Flatliner but Kozlov distracts the referee to allow Zeke to kick him off the top rope (which isn’t an illegal move so uhh) and land the uranage.

Winner: Ezekiel Jackson (It doesn’t matter that he looks like his own action figure, big Zeke is boring as fuck without Regal around to cut promos to distract you from him.)

Zack Ryder is teaming with William Regal in the main event tonight so Ryder takes the time to be all big to Regal backstage, thinking his Roundtable can’t get to them. But they show up and Ryder shuts up.

Sheamus is in the ring talking but I couldn’t hear him because I was too busy laughing at Striker declaring: “No-one has ever taken ECW by storm like the Celtic Warrior.” He’s doing such a good job that they had to have his big match with Shelton on Superstars HD. Sheamus at least spits some truth, saying he dislikes Shelton because he has so much God-given talent and did nothing with it, no big titles to his name. Sheamus would win that feud by winning the WWE Title while being greener than baby food.

The Hurricane vs. Paul Burchill

I usually spend time mocking Burchill for the incest gimmick but he’s way more interesting in-ring than Sheamus & Roundtable right now so he’s gone up the ranks without doing anything. Burchill laughs at Hurricane so Helms sends him outside and follows with a crossbody to prove he can still fly. Well, fall. Helms keeps control until The Ripper shoulder-tackles him off the apron like in the N64 THQ games. The fan-o-meter is off the charts for Helms and he’s able to land the Hurricane-rana after jumping off the second rope but walks right into a Divorce Court. He recovers again but is unable to land the top-rope Hurricane-rana due to Burchill holding the ropes allowing Ripper to end with the Jackhammer, clean.

Winner: Paul Burchill (Helms and Burchill work well together as the crowd loves Hurricane and Burchill gets to bust out whatever offence he wants as no-one’s watching.)

Cena and Orton’s never-ending feud will end in two weeks time at Bragging Rights! Speaking of Bragging Rights, ECW has none so we can ignore that PPV.

Christian & Yoshi have a wacky backstage bit where Yoshi can’t stop saying THANK YOU while bowing because he’s so fucking Japanese. 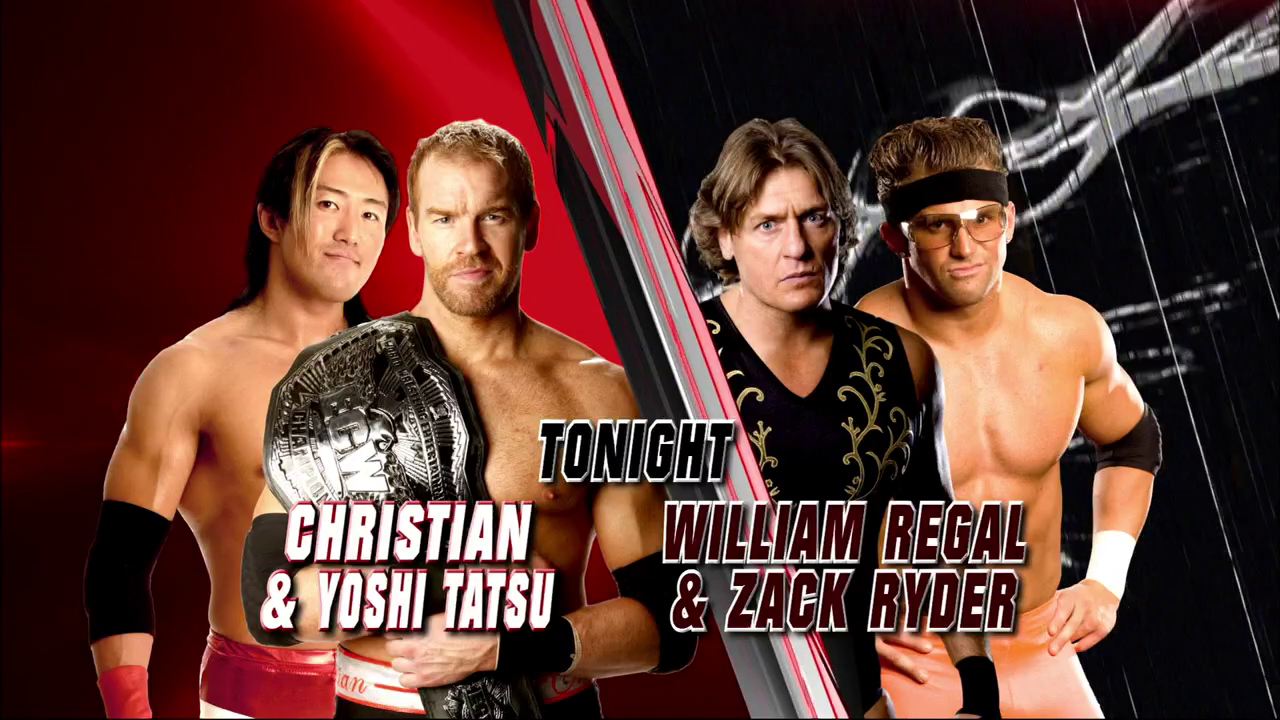 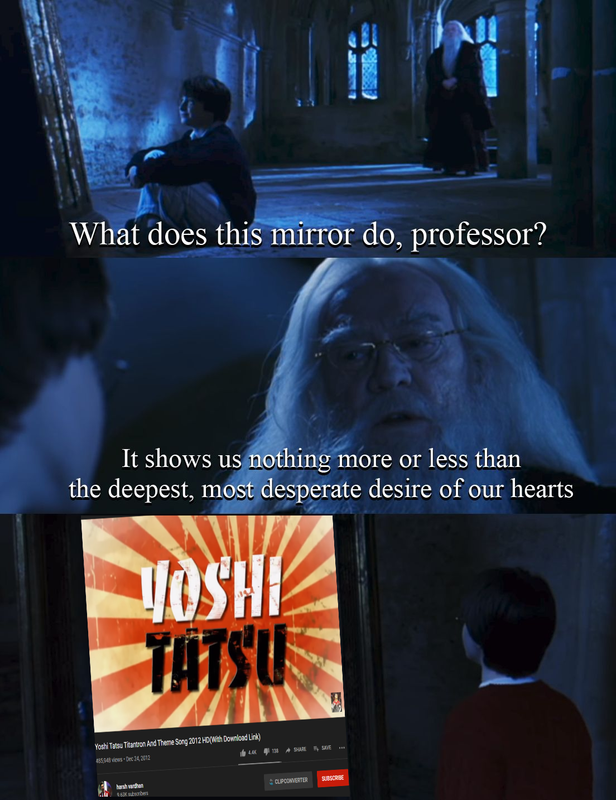 Yoshi and Ryder start off with Yoshi pounding him Champ Christian gets a pounding from Ryder to remind us how close he came to winning the title, but Christian sends him outside and takes out Willie Ryder with a crossbody to take us to break. When we return, Regal is getting pounded because the only man strong enough for Christian right now is Ryder who picks him apart like leftover turkey. Regal tags in but he’s not got half-tights so he gets thwomped and here comes Yoshi and his giant pop. Yoshi lands his impressive rolling snapmare, with Striker adding “it’s designed to dis-Orient!” Regal nails him from behind in revenge for last week’s clusterfuck and realises the best way to prevent him from messing anything up is to not let him do anything so Ryder & Regal dog-pile him for a few minutes. Ryder lands the Nick Gage face wash in the corner but Yoshi complains online that it’s actually an Ohtani face wash and is able to get the hot tag to Christian. Even with a full Spirit Meter he’s unable to put away Ryder and Zack blocks the Killswitch with a headbutt to land the Zack Attack…for two. It all falls apart with Ryder setting up Christian for the finish but Regal insists on tagging in blind so Ryder bounces him off the ropes, causing Regal to flop directly into the Killswitch. 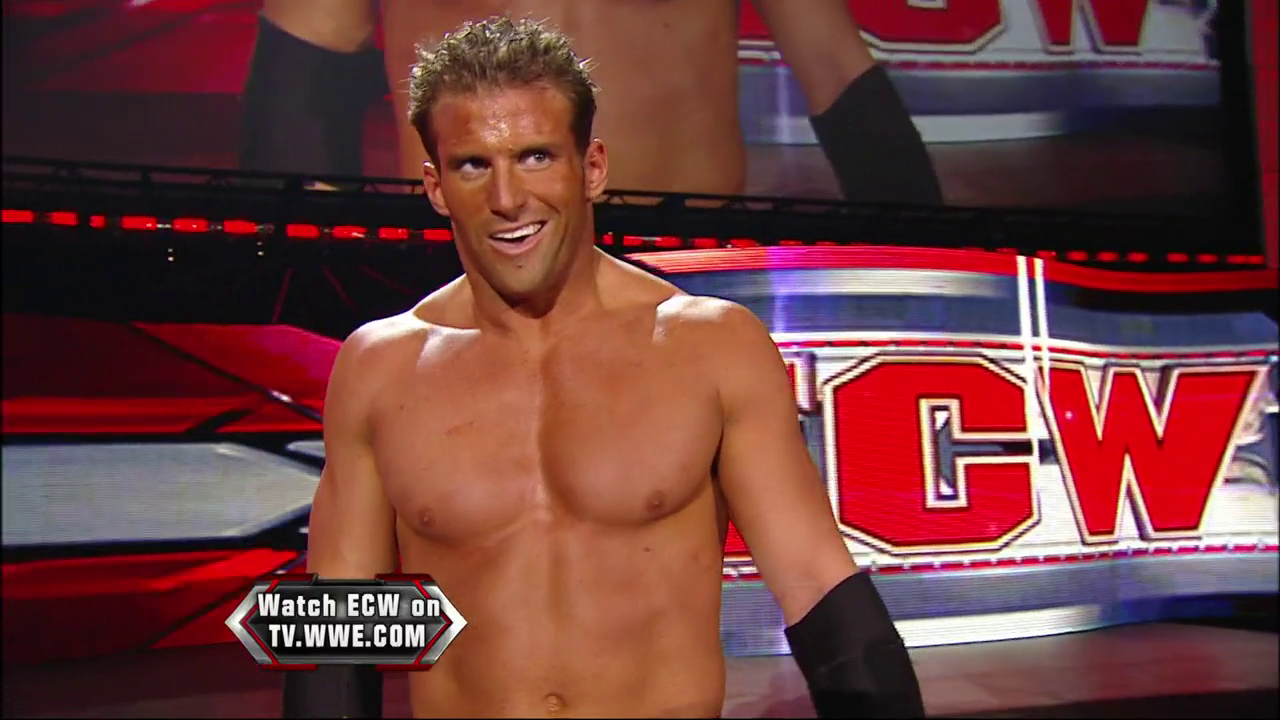 Overall: Better than last week but there’s a big problem with the brand right now: with ECW getting less PPV appearances it means right now there’s three challengers and no big title fight coming up. It’s October now and (spoiler) the next big title match is in December, so I hope you like time-filling shows!

I’ve been Maffew, follow me on Twitter if you want. There were nothing worth GIFing this week so here’s Christopher Daniels falling from Heaven: