But first let’s look at Breaking Point: the PPV so successful they never did it again! 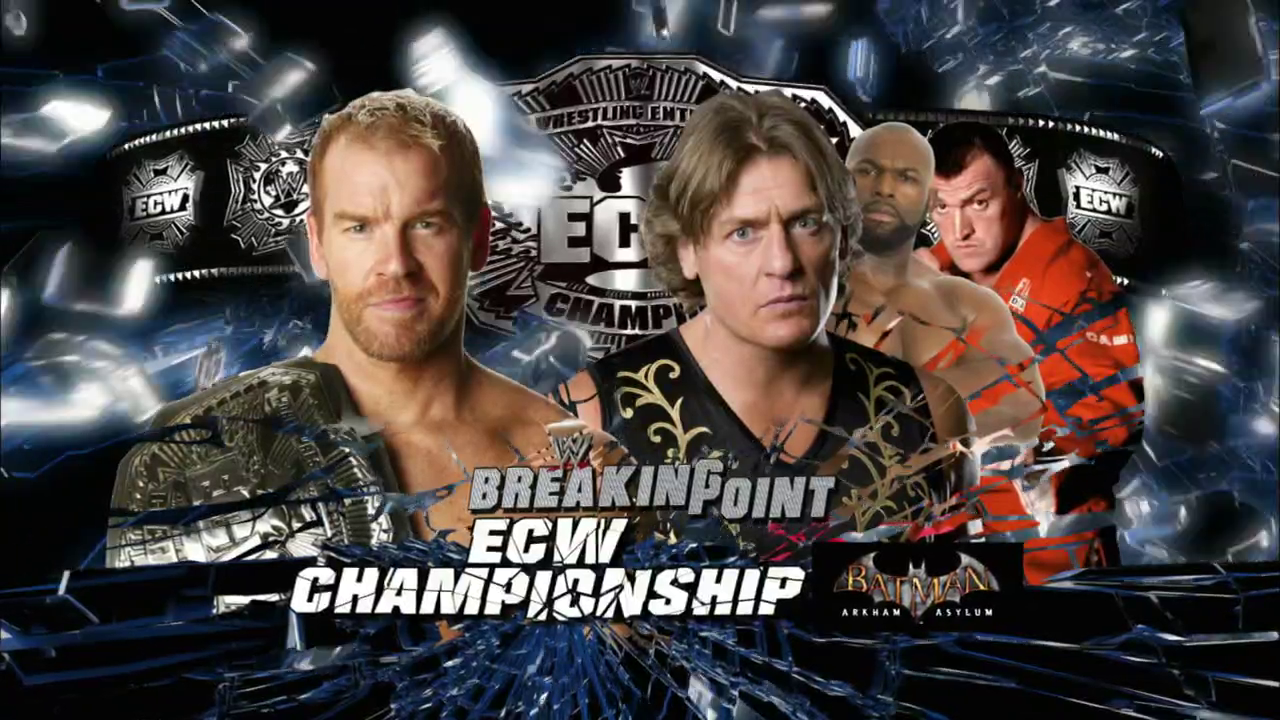 Regal’s still salty over Christian pinning him in eight seconds at Summerslam so he’s been walking around with a mad-on for the Canadian favourite. Regal’s still the Number One contender after he declared himself it and no-one dared argue. There’s no submission-only rule for this match as that’d be a dumb idea for a PPV.

Before we start, Tiffany declares Kozlov & Jackson have to go backstage which provides us with the appropriate Regal expression as Christian attempts the Killswitch early. Regal blocks it and has some issues with Christian’s strikes but figures out all he needs to do is push him off the top rope and the tide turns for the reigning King of The Ring. Regal starts applying the holds so dastardly that the commentators don’t know the names for them but Christian is able to grasp the hands and power out and have a wonderful segment with Regal powering out of a double wrist-lock pin attempt with a kip-up and following with a nasty full-bodied German Suplex. Regal then wraps him in a Mexican Surfboard before adding a Dragon Sleeper at no extra cost. Crowd are clapping respectfully for Christian here so he escapes and tries a Sunset Flip but immediately gets knee’d in the head for two. Something French gets chanted at Regal (don’t think it was anything positive) as a modified Regalplex leads to Christian seeing an opening and landing a Tornado DDT…and then getting laid out anyway. Christian’s making Luger look like Tiger Woods. Christian attempts the Killswitch but instead takes a full-on Regalplex for two and I don’t know how many of them Willie did around this time so let’s GIF it for prosperity.

Striker does a great job of selling it, probably happy Regal did a move he knew the name of. Christian makes a mighty comeback and the crowd are going YEAH every time he lands a strike. He insists on going up top yet again to hit a missile dropkick but goes up AGAIN so Regal causally dodges a second missile then follows with a rolling senton for two. Christian gets his foot up on a Regal charge, attempts the Killswitch, gets countered, dodges the Trembler before finally managing the Killswitch on his fourth attempt to retain.

Winner and still ECW Champion: Christian (Sometimes Regal is so good at being dominant that his opponent can’t match it with fiery babyface passion. Regal had a million moves and Christian had er failing off the top rope. Still, match was good, the homeland crowd loved Christian and he finally got a non-sneak attack victory with no b-------.)

Tiffany starts the show but thankfully the Roundtable interrupt before everyone switches over to Farscape re-runs on Sysy +1. Regal says she looks bloody lovely tonight and is doing a wonderful job as ECW GM and the crowd hates this glorious display of sucking up. Tiffany explains she banned The Roundtable from ringside because she didn’t want any interference and Regal COMP-LETEL-Y understands…but thinks it’s fair he gets another title shot anyway. Tiffany says no and there’s going to be a Battle Royal to decide who the new contender will be but Regal gets…

William Regal vs. The Hurricane

Completely unfairly, Regal isn’t even allowed to change and has to take on windyarse in his shirt and waistcoat. He gets sent outside and bounds over to the commentary team yelling “PLEASE SOMEONE HELP ME.” Back in the ring Regal gets a few shots in as the crowd explodes with REGAL SUCKS. Despite the fact he’s wrestling in his trousers and has been getting pounded for a few minutes, the very second he gets any offence in the crowd can’t wait to heckle him. Unbelievable. Hurricane takes him down with a neckbreaker but a crossbody off the top can’t put him away and Regal tries a getaway. However Hurricane makes the mistake of rolling Regal into the ring first, leaving him prone to a Knee Trembler for the win.

Winner: William Regal (They should bottle Regal’s sweat and have all wrestlers drink it. Hurricane is still ropey but the crowd were going banana for him committing regicide.)

Post-match Paul The Family Friendly Pirate sneak attacks Hurricane and delivers a Dangerous Buster (a Jackhammer, dunno why Striker called it a different name) and stands incestuously over Helms.

Backstage, Goldust apologises to Yoshi Tatsu for being in the middle of the Sheamus feud. Yoshi is OK and demands ENGLISH LESSONS from Goldust so Yoshi ends up repeating Goldust’s tourettes as well. (“I want a white coffee yeaahheyahahayeahhh”). Zack Ryder walks in and asks if he can say “loser” so Yoshi replies “Zack Ryder.” F--- it, I laughed.

Paul is interviewed by uhhh someone woman and nothing is said but I started typing anyway and if I delete this then the pirates win. 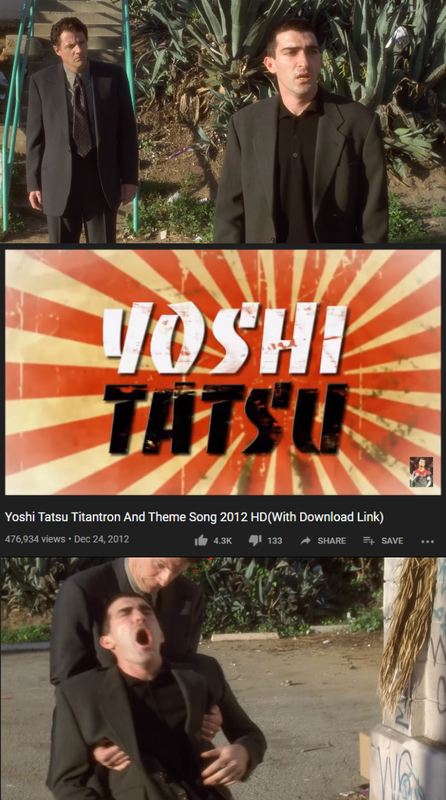 Nikki & Bella are here as guest ring announcers because they’re still having to invent roles for them to justify paying. Yoshi is wearing his Misawa tribute tights, the only tights strong enough to prevent ripping. 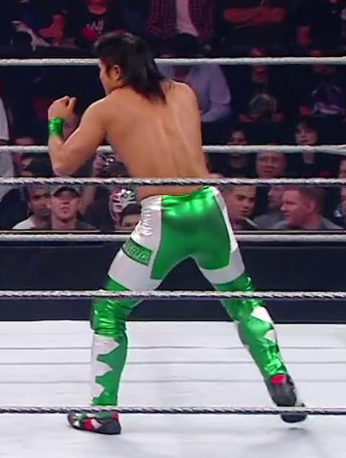 Yoshi flips out of Ryder’s armbar attempts and swings him around with a Dragon Roll for two. Tatsu has to wait a second too long for Ryder to cut him off the middle rope on a springboard so he can get the essential chinlock but the crowd isn’t really into Yoshi this week so this feels painfully drawn out. Tatsu delivers the Rolling/Roaring Elbow and gets a close two from a Top Rope Frankensteiner but Ryder pops up and delivers the Leg Lariat for another two only for Tatsu to pop up from THAT and nail a big kick for the pin.

Winner: Yoshi Tatsu (Crowd weren’t drinking the Yoshi tonic this week which means this wasn’t as fun as it could have been. Hell of a showcase for Yoshi though.) 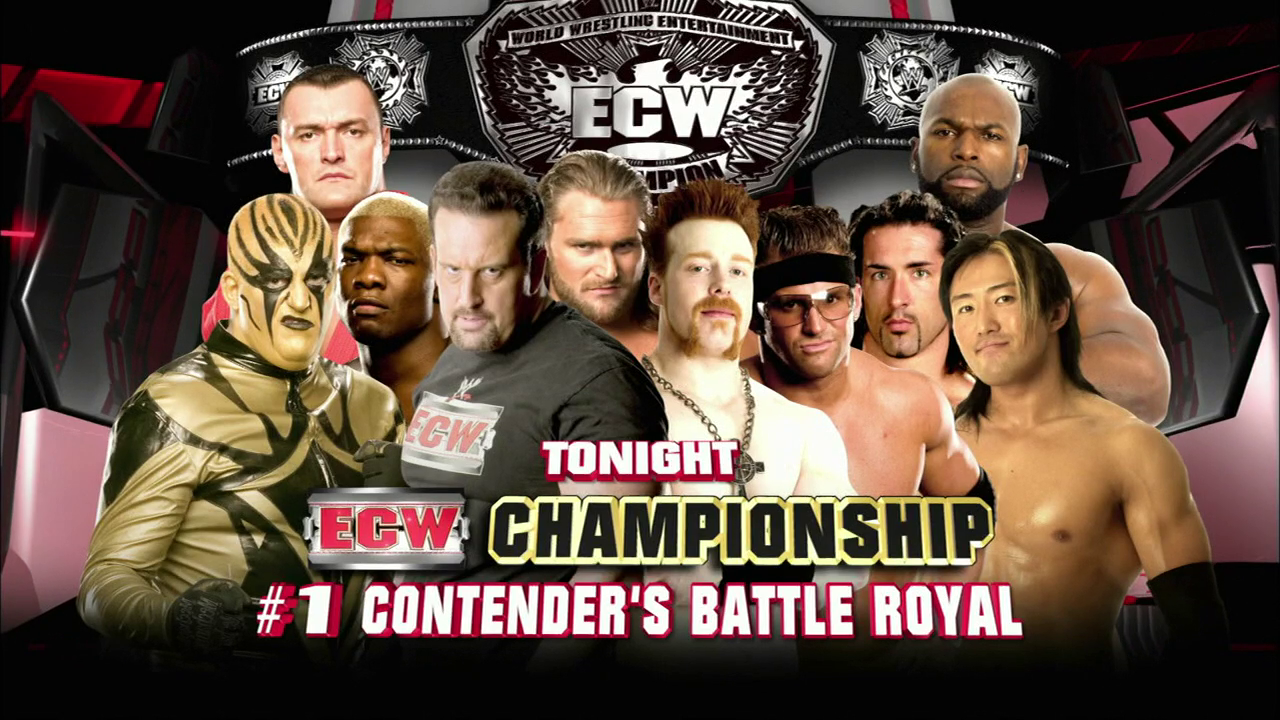 Feels low-rent having the wrestlers who wrestled in the last segment come out again but at least Ryder is selling. Well, it’s a Battle Royal and these always suck to type so every time someone gets eliminated I’ll recommend a film I’ve seen recently.

Shelton sends Burchill to the outside with an impressive Exploder Suplex (The Exorcist III) then literally nothing happens for a few minutes so let’s GIF that.

Tyler Reks gets dumped by Kozlov during the break (Jan Švankmajer’s Alice) and Zeke launches Yoshi outside (Wild At Heart). Sheamus leaves the ring (Les Douze travaux d’Astérix) and Shelton skins the cat while ejecting Zeke (The Day Shall Come) but Salty Sheamus pulls Shelton off while he’s on the outside and the two have to be separated (Dragged Across Concrete).

Ryder and Goldust wrestle properly for a bit and we get a good bit with Ryder refusing to fall off the apron before Goldust tries a charge and eliminates himself with the crowd strongly disproving (Japanese cut of Godzilla vs. King Kong). Dreamer ejects Kozlov (Being There) and Ryder pulls a Flair and dumps Dreamer when he’s not looking to win (Honest Man: The Life Of Budd R. Dwyer). 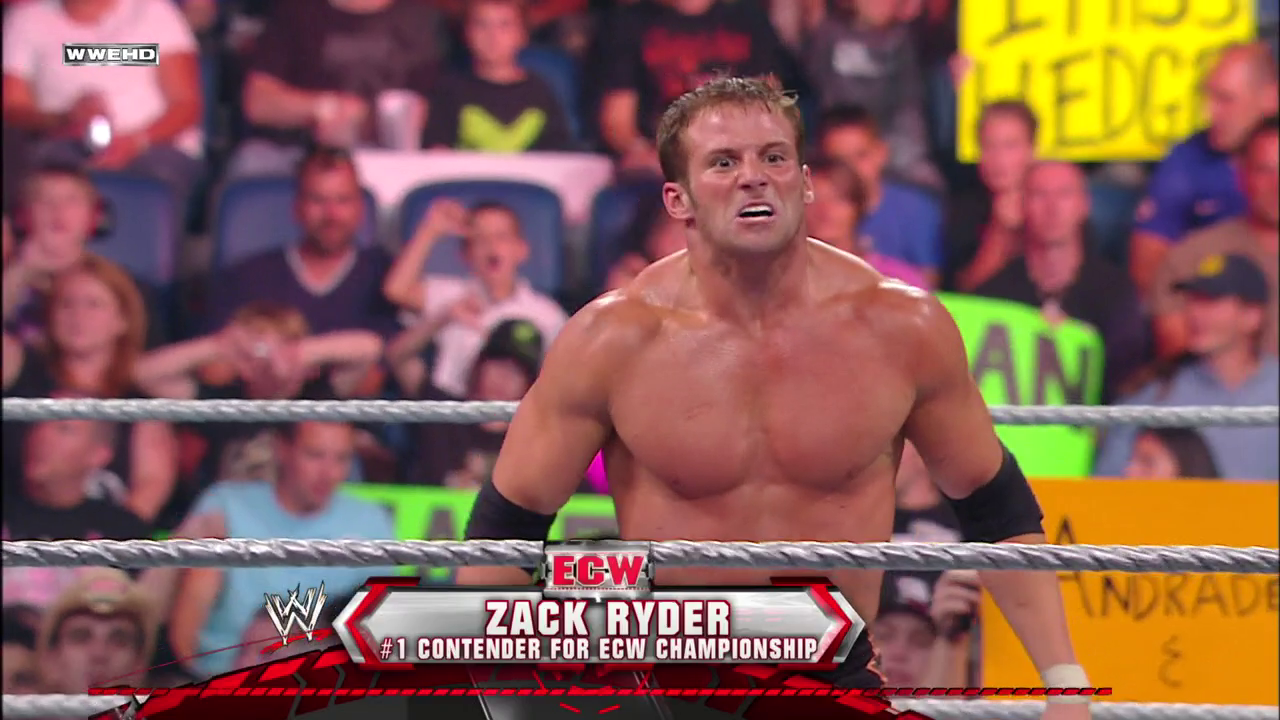 Winner: Zack Ryder (Paint by numbers Battle Royal with a weird result. Ryder’s got no momentum or buzz but it’s Autumn, the time of the year when the never-pushed get a push while WWE clock-watches until Rumble.)

Overall: May as well call this the Regal Hour Featuring Yoshi Tatsu’s Theme and be done with it. You know it’s going well when I got bored and started listing films towards the end, sorry about that folks. Hopefully next week will be better and if not it’s OK, a Hidden Gem review will probably come along and knock this off the prime-time Sunday slot again.