The Hurricane vs. Paul Burchill

The Hurricane and his fantastically dramatic entrance start the show and for once Striker’s ridiculous calls (“let’s watch this Graphic Novel unfold”) sets the mood, at least until Sister Fucker shows up.

Hurricane dominates to start until Paul uses the power of incest to power out of an Octopus Stretch. Once gaining advantage, Paul does what he does best and locks in his dreaded chinlock. Hurricane doesn’t tap out which surprises Paul who is forced to come up with something different and gets a half-hearted arm-lock to cut off more momentum to Hurricane and the show. Paul misses a charge and somehow ends up outside the ring with Hurricane following with a crossbody. And then out of nowhere, Burchill lands a fucking Pele kick to make me think we’re getting a double count out but no such luck as an advert break takes over.

When we return, the crowd are more interested in chanting “U-S-A” until Hurricane starts hitting big moves with a top-rope crossbody to get them into it. Burchill cuts off another top-rope move with a frigging second-rope powerslam (!) but that only gets two.

That should have been the end. Hurricane lands a frankensteiner, shoves Burchill into his bit-on-the-side and connects with The Eye Of The Hurricane to win.

Winner: The Hurricane (Even though Hurricane isn’t the wrestler he once was (but he’s returning from a BROKEN FREAKIN NECK so you know) I assumed the crowd still adored him but they were more anti-limey than pro-superhero. Burchill’s annoying as I enjoy typing negative things about him but then he starts busting out Bam Bam Slams and doing his best, what a dick.)

Savannah (who???) recaps the Christian and Tommy Dreamer attack on Regal’s Roundtable last week when they realised the roster was so small the third man ended up being “some sticks.” 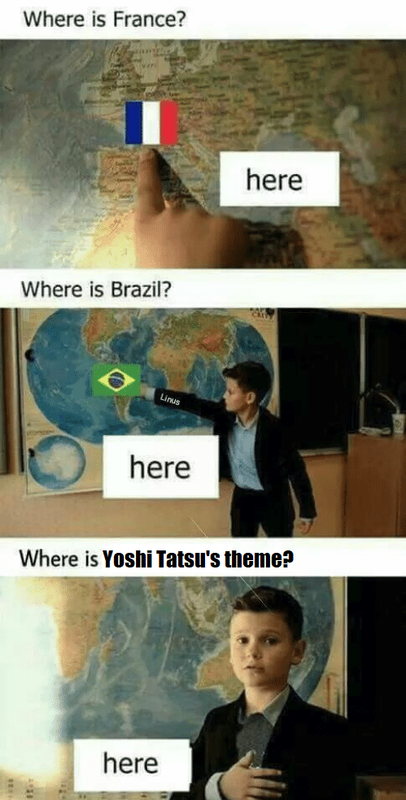 Goldust vs. Shelton starts which gives us the weird sight of “the most athletic wrestler on the roster” having to wrestle in slow-mo to take Goldust’s trademark moves. Then we get Yoshi vs. Sheamus AND NOT FOR THE FIRST TIME with Sheamus getting the advantage after a Shelton distraction. Yoshi plays Road Dogg but Shelton prevents the hot tag to Billy Gunn. Shelton makes the mistake of tagging in Sheamus who obviously fucks it and allows Goldust to get the luke-warm tag. After getting no reaction for his basic-arse move-set, Sheamus gets a Pump Kick out of the corner but Shelton gets the blind tag and steals the pin.

Winners: Shelton Benjamin & Sheamus (This wasn’t great but it meant Sheamus can move onto non-Goldust things so it’s a pyrrhic victory for the world.)

Sheamus and Shelton brawl after the match to a bigger pop than anything in the match.

Ryder does his thing (to no reaction) for a dull minute before halting Fargo’s comeback by grabbing his gear and yanking him into the turnbuckle…tearing his tights.

And it’s clear from the laughs from the crowd that he’s not wearing anything underneath. Ryder carries on regardless, giving the poor guy a bootwash and a powerbomb out the corner (and God bless Josh Mathews for carrying on in an attempt to drown out the crowd’s laughter as Striker sounds like he’s choking to death) before realising something may be up and ending the match with the Zack Attack.

Once the rip happens, the camera zooms in on Ryder to prevent anything of Fargo appearing on camera and thank Christ this show was pre-taped. Due to the strict content regulations of this blog I won’t post any photos of what Fargo looked like after the match but here’s some fine clicking if you’re that way inclined. Rory Fargo changed his name to Gil Rogers and Zack Ryder discussed this match in graphic detail on WWE Story Time Season 1 Episode 3.

Tyler Reks talks to Tiffany The GM until Regal’s Roundtable kindly interrupts and words are said but the ghost of Fargo’s cock haunts the segment and I wasn’t paying attention. 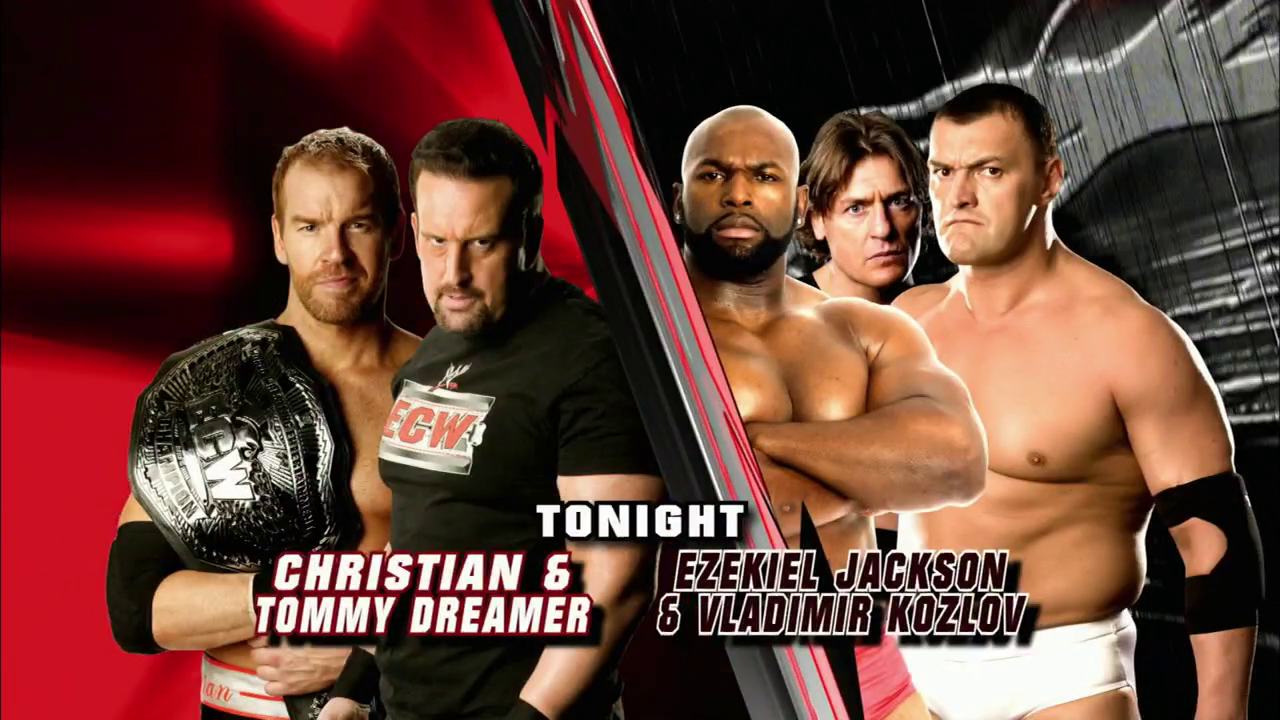 The Human Molotov Cocktail slams Christian around to begin as the crowd shows their love by chanting for E-C-DUB. Christian slaps Kozlov which upsets the star of The Wire so they both tag out to their partners. Jackson bounces Dreamer (because he’s round) but a double-team crossbody/cannonball off the apron takes us to adverts.

When we return, Dreamer is getting beaten up (no, really). Zeke is very limited on offence so the Roundtable was good for him as he can tag in Kozlov whenever he forgets what’s next. Dreamer nails a falling clothesline off the Bret Hart rope to get the hot tag to Christian who is unable to take Kozlov off his feet with a second rope Missile Dropkick so he hits him with a top-rope one instead. Nice. Christian gets distracted by Zeke, enabling Kozlov to ram him with his Soviet War Machine head. Zeke locks in a double-armlock hold that neither commentator knows the name of but thankfully Kozlov tags in to start applying Canadian Backbreakers and all the other cool moves he learnt from the hot Ukraine tape-trading scene. Then Zeke tags in to show us all the hot moves he got taught by the WWE factory that was manufacturing Rob Liefield drawings to apply chinlocks and go “aaahhh” at the right time. Dreamer gets the hot tag and there’s something weird with the audio levels on this show as the crowd noise is going up and down like a whore’s drawers. Regardless, Dreamer nails the Bullfrog Splash on Zeke causing Christian & Kozlov to fall out the ring together. While everyone’s looking at them, Regal swipes Dreamer’s foot letting Zeke to land a uranage for the victory.

Winners: Ezekiel Jackson & Vladimir Kozlov (Formulaic ECW tag team main event (without the usual hot ending) that felt artificially stretched out to make up for the lost time from the Ryder match, which did Zeke no favours, he had all the manoeuvrability of a badly-parked van.)

Overall: Paul Burchill with the MOTN sums it up so other than the Fargo curiosity, there’s not much reason to watch. There’s something good about the newbies getting some TV time but it’d be nice if they could mix it up and not have THE EXACT SAME MATCH SEQUENCE nearly every time.