We’re five days away from Judgement Day with Christian defending his title against Jack Swagger and er that’s it so let’s jump in this pool of excitement.

Dreamer gets a healthy pop after a few weeks of “dad who’s that old guy?” Henry throws Dreamer around (“like lego” says Striker but I don’t know why you’d throw lego) and ignores his horrible axe handle so he can squish his head. 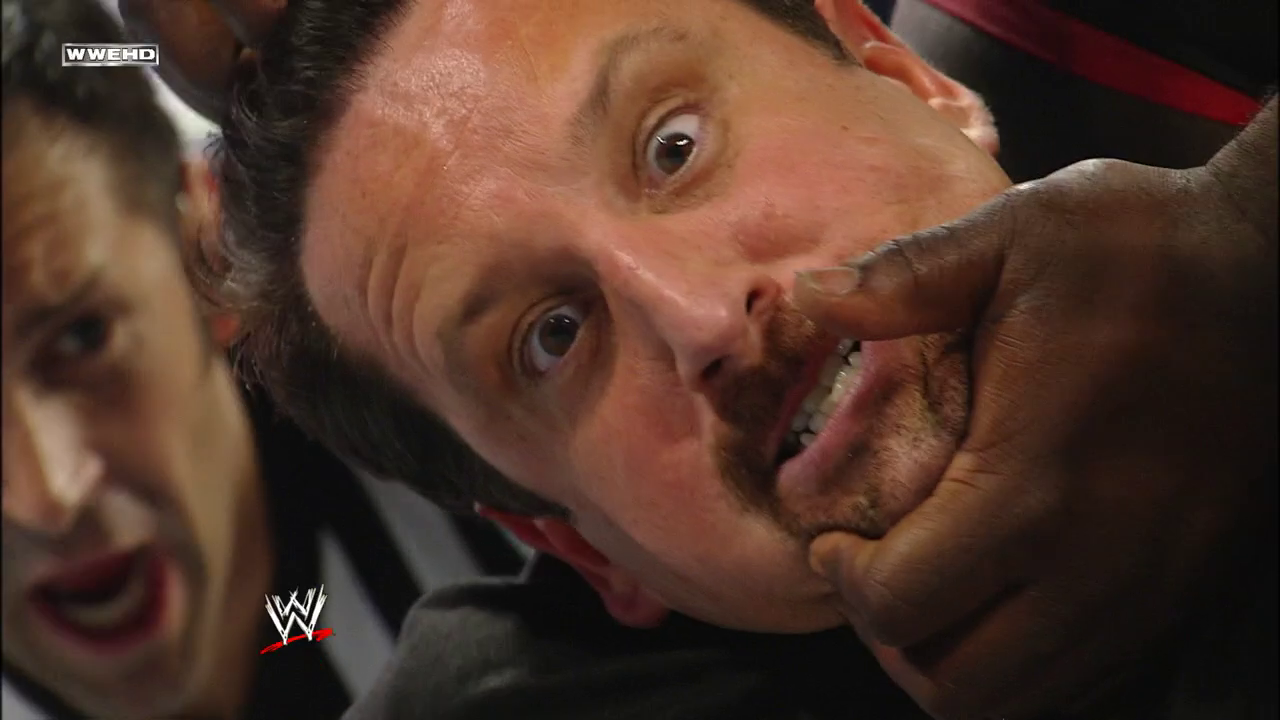 Dreamer escapes after a half-hearted “ECW” chant but Dreamer manages to jump into a bearhug, immediately escape then run into a body block. Commentators are desperately trying to think of something to talk about so there’s lots of silence. Dreamer finally takes down Henry for the first time and nails the E-wheeze-C-gasp-W-pant tree of woe and a DDT but Henry makes it to the ropes. Dreamer attempts a schoolboy but Henry butt-drops his arm (!) and wins after the World’s Strongest Slam.

Winner: Mark Henry (About as formulaic a Henry match as you’re going to get. With no Matt Hardy around, he should have been drafted as he’s doing nothing but turning into scenery.)

After previous shenanigans, Nattie is banned from ringside. Striker calls Kidd the last graduate of the Hart Dungeon but I thought that was Lance Storm? Finlay and Kidd exchange some quality wrestling holds and counters which I approve of, even if the crowd is wondering where the leprechaun is. Kidd uses his leg to leg lock Finlay and not even Striker knows the name of it. 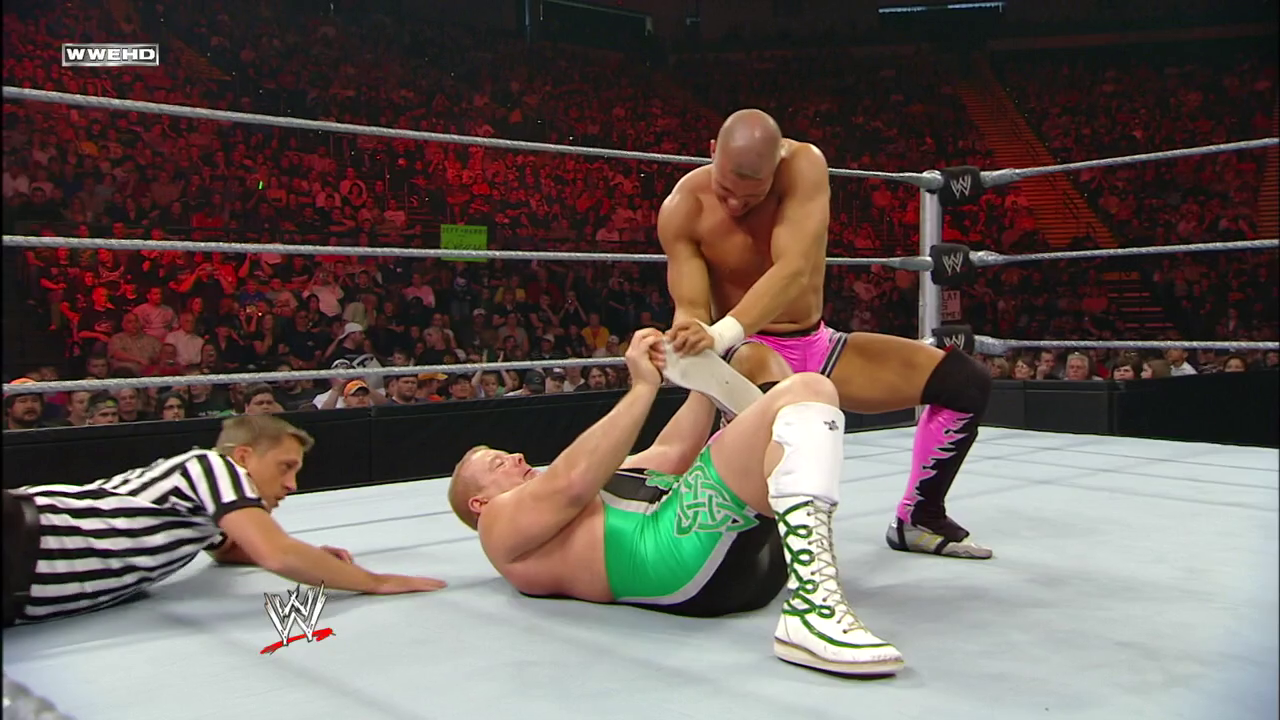 Crowd chants for Finlay way louder than they chanted for Dreamer, no wonder Hornswoggle lives in AIW now. Finlay gets an Indian Deathlock kind of move but with a twist and…fuck it I’ll just do the GIF because I have no idea what to call this.

Kidd takes out Finlay’s leg so he takes the bump on the apron he loved taking as we go to break. When we return, Finlay’s getting his twatting-arm worked over until he remembers he’s got another one and makes a comeback. Picture perfect Rolling Hills gets two but as Finlay sets up the Celtic Cross, David Hart Smith makes his ECW debut by running in and causing a DQ.

David gets some shots in as Striker immediately goes to the “we’ve never seen anyone work over Finlay like this!” like he’s just no-sold a wooden chairshot and Kidd uses the shillelagh on him before standing tall after a Hart Attack. 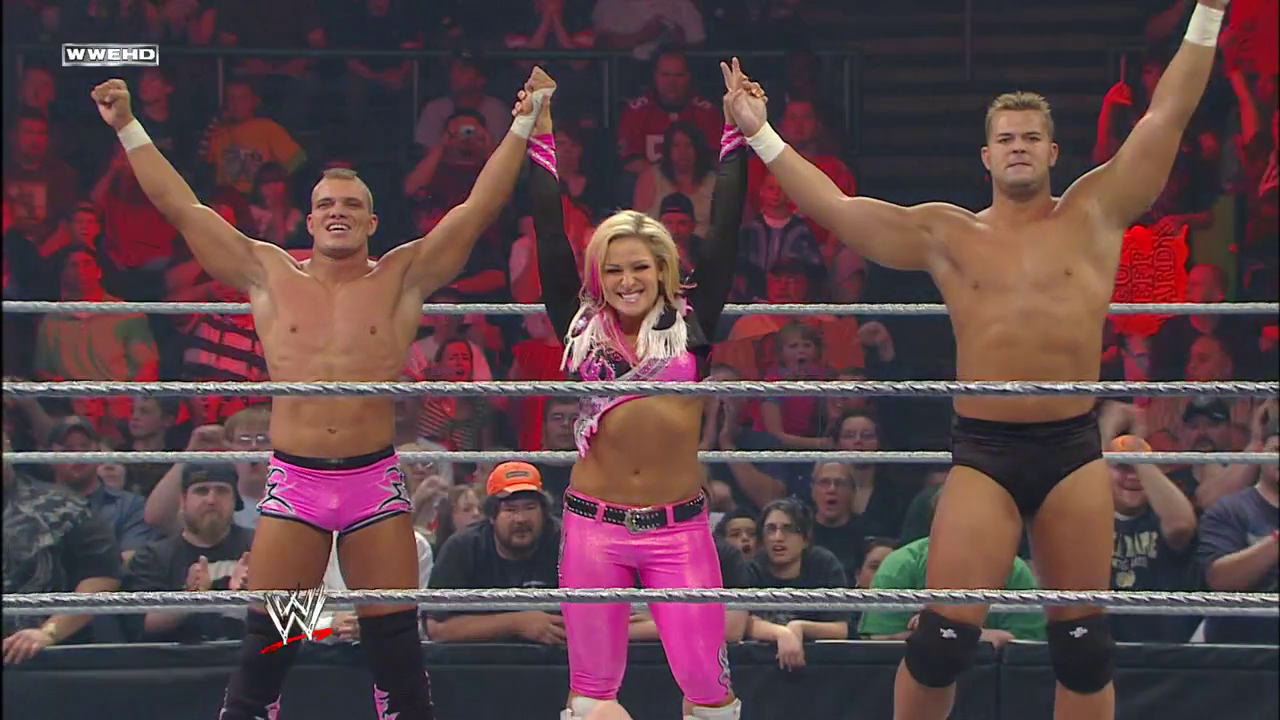 Winner via DQ: Finlay (The first half was a fine display of holds you don’t get to see on WWE TV and the rest was to set up DHS’s debut so no complaints here. I don’t remember Smith being particularly good during his WWE run but he can’t be worse than Paul Burchill.)

RAW REBOUND: It’s just Batista beating up Legacy with Hans Zimmer music blasting over the top to make it look dramatic. WWE put the same amount of effort into Judgement Day 2009 as they did Stomping Grounds 2019 so go figure.

Backstage Paul Burchill (AW WE WERE SO CLOSE) asks Tiffany why he’s not on the shows then leaves before she replies “because you’re a sister fucker.” 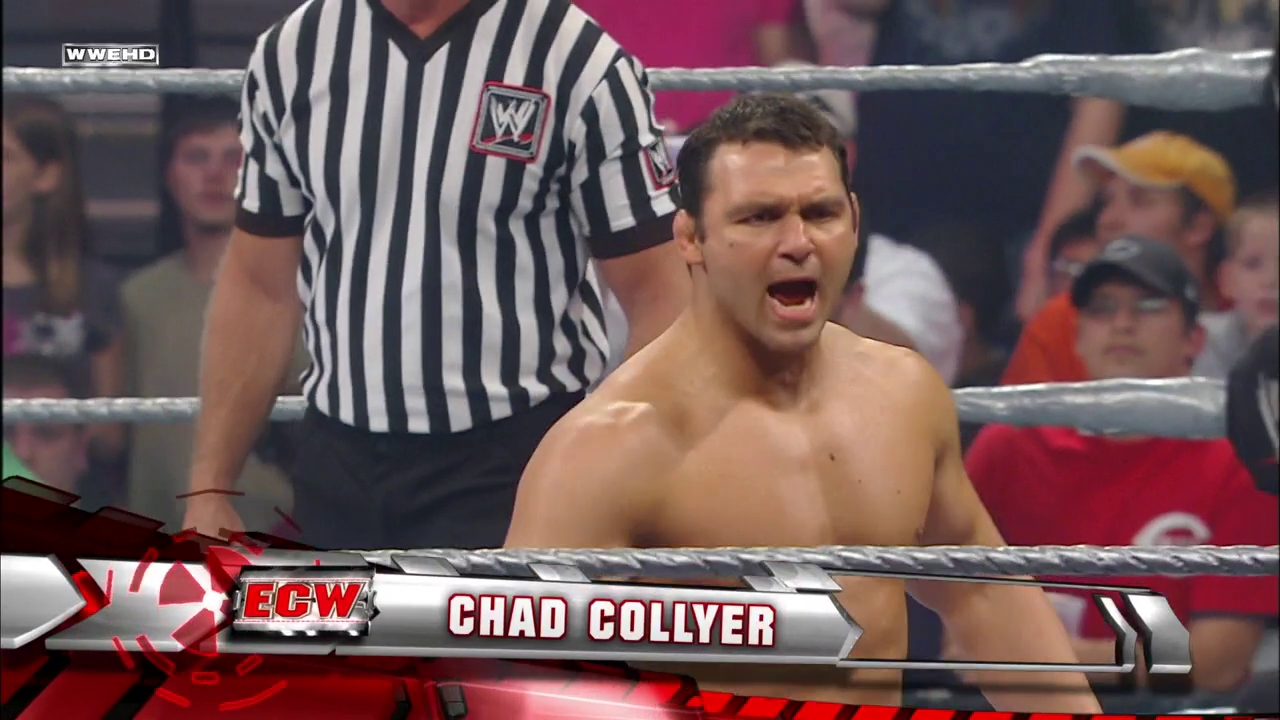 Blimey, Chad was still going in 2009? He was a name that would get thrown around by tape traders in the early-2000s as someone you needed to watch. I didn’t, but I often wonder where my life would have gone if I had ordered Best of Chad Collyer In Europe (2 disc set). Striker says Putin is a big fan of Kozlov, as is “our own communist president.” If you’re a regular reader of these and think I’m making up Striker’s random Obama jabs, I promise I’m not. Iron Curtain, 1-2-3.

Winner: Kozlov (He’s sadly interviewed after the match but let’s listen to this instead:) 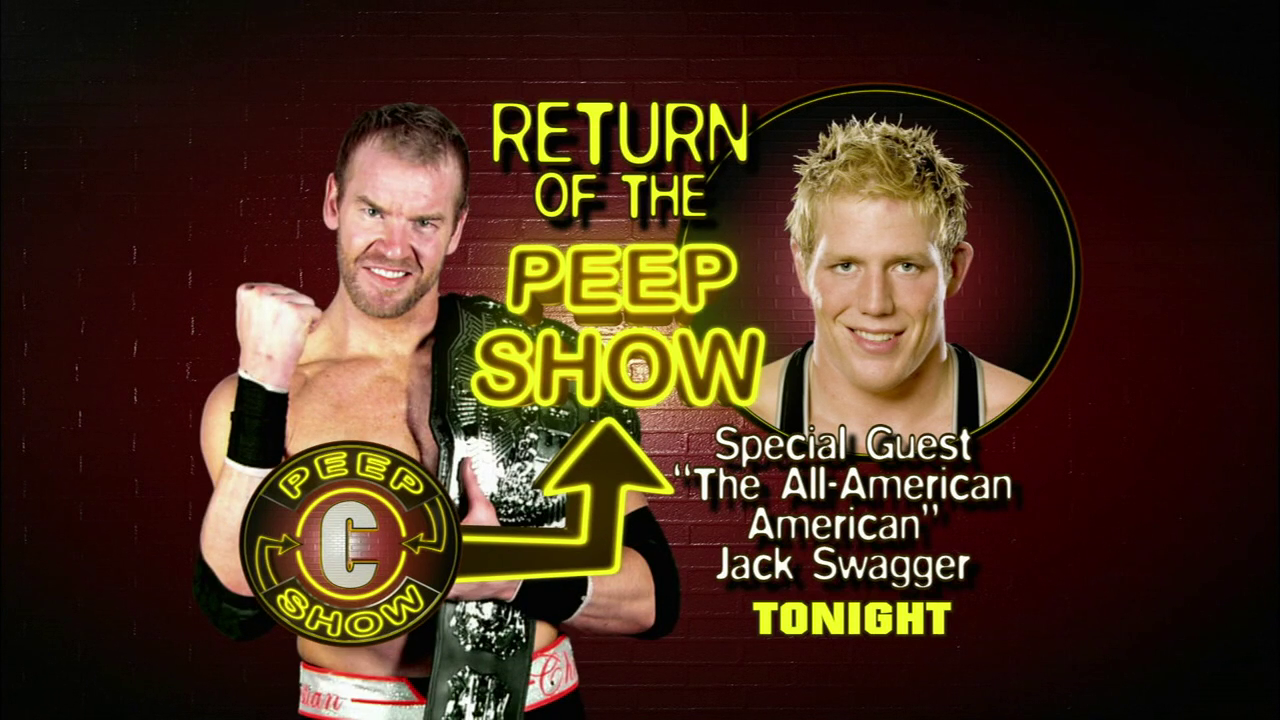 Return Of The Peep Show

Christian’s here to tell us he’s not sick but he’s not well (cos he’s in helllllll). Swagger admits he’s a sore loser because Christian cheated to win at Backlash and shows a clip showing Christian did in fact remove the turnbuckle pad to smash Jack. Christian thanks Swagger for reminding everyone how good he looked winning the title and tells Swagger that’s how he won the title in the first place and Christian has his own video package. Oh god it’s an awful wa-ha-hacky reel focusing on Jack’s speech impediment. Christian admits that didn’t prove anything but he likes making Jack look stupid. Christian says there’s no physicality during the Peep Show but he gets to decide when it ends and twats Jack in the eye to end the show. So it’s whining Swagger vs. dickhead Christian on PPV, by golly.

Overall: We’re on the slow train to momentum-ville with the New Hart Foundation but the Swagger vs. Christian feud can hurry the fuck up and end already. Everything on JD is to set up an Extreme Rules rematch so at least this show fits in with the rest of WWE right now.

I’ve been Maffew and if you know the name of that Finlay move, let me know.