Who will challenge the Quebecers for the WWF tag team titles? Will Tatanka remain undefeated against Martel? How will the WWF handle the IC title situation with Michaels AWOL? Let’s find out!

To explain Michaels’ abrupt resignation, WWF President Jack Tunney suspends and strips him of the WWF Intercontinental title due to his failure to “fulfill contractual obligations.” To crown a new champion, a 20-man battle royal will occur next week. The last two wrestlers in the battle royal will then compete against one another on 10/11. Needless to say, but it’s the WWF’s explanation for how they’re booking RAW for the next three weeks from this location. 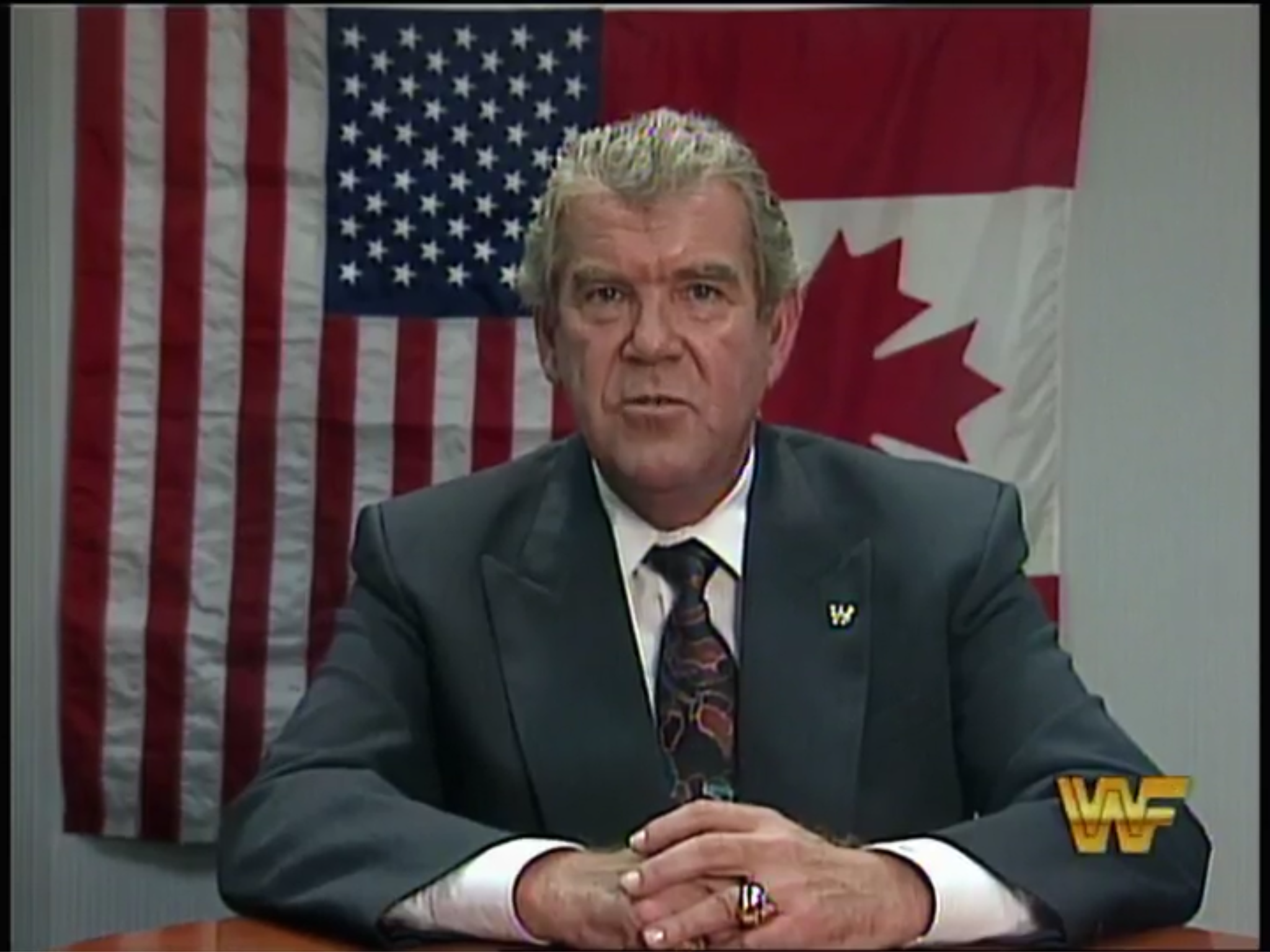 Summary:  The purpose of this match was to re-introduce Martel as a serious contender; however, booking a double countout against the undefeated Tatanka was a poor decision. To top it all off, the match appeared like Martel and Tatanka were just going through the motions.

From the WWF control center, Joe Fowler plugs the battle royal on next week’s show and lists the participants. I hate to say it, but I truly miss “Mean” Gene Okerlund. 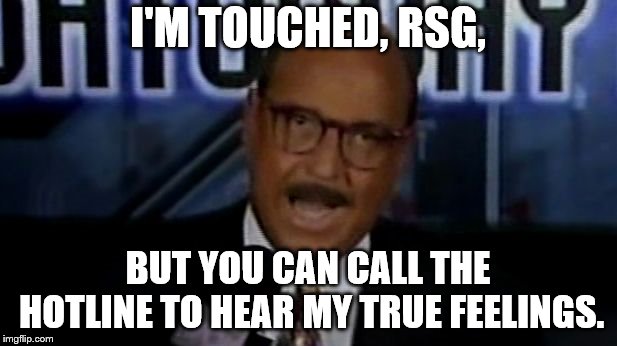 Gee…I knew he was going to say that.

Promo for WWF programming airs featuring a toddler. With all the steroid and sexual harassment turmoil surrounding the WWF, if I was the part of the prosecution, I’d call this promo into question.

Promo airs for WWF Mania each Saturday at 10am ET on USA.

Summary:  Showcase match for Snuka while the pot was stirred even further between Savage and Crush.

We then revisit last week’s show when PJ Walker upset IRS thanks to Ramon. Afterward, IRS, referred to as “Mr. Rotundo” by Vince, cuts a promo on Ramon from his “office” complete with administrative staff. 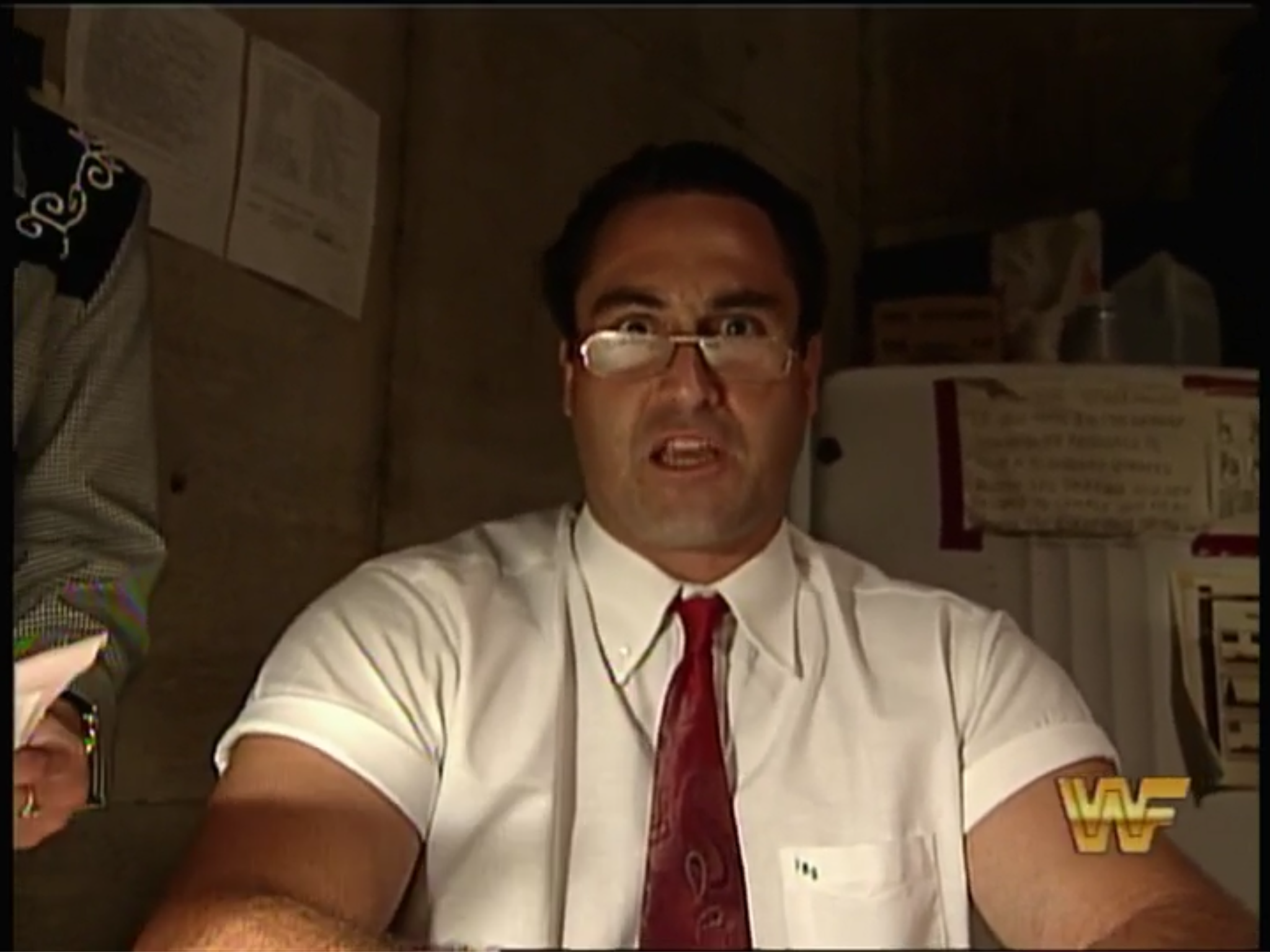 Summary:  Extended showcase match for the Quebecers no matter how you dress it up.

After a commercial break, Vince interviews Razor Ramon at ringside. Ramon cuts a promo on IRS, but Savage mentions that it’s every-man-for-himself in the battle royal next week. 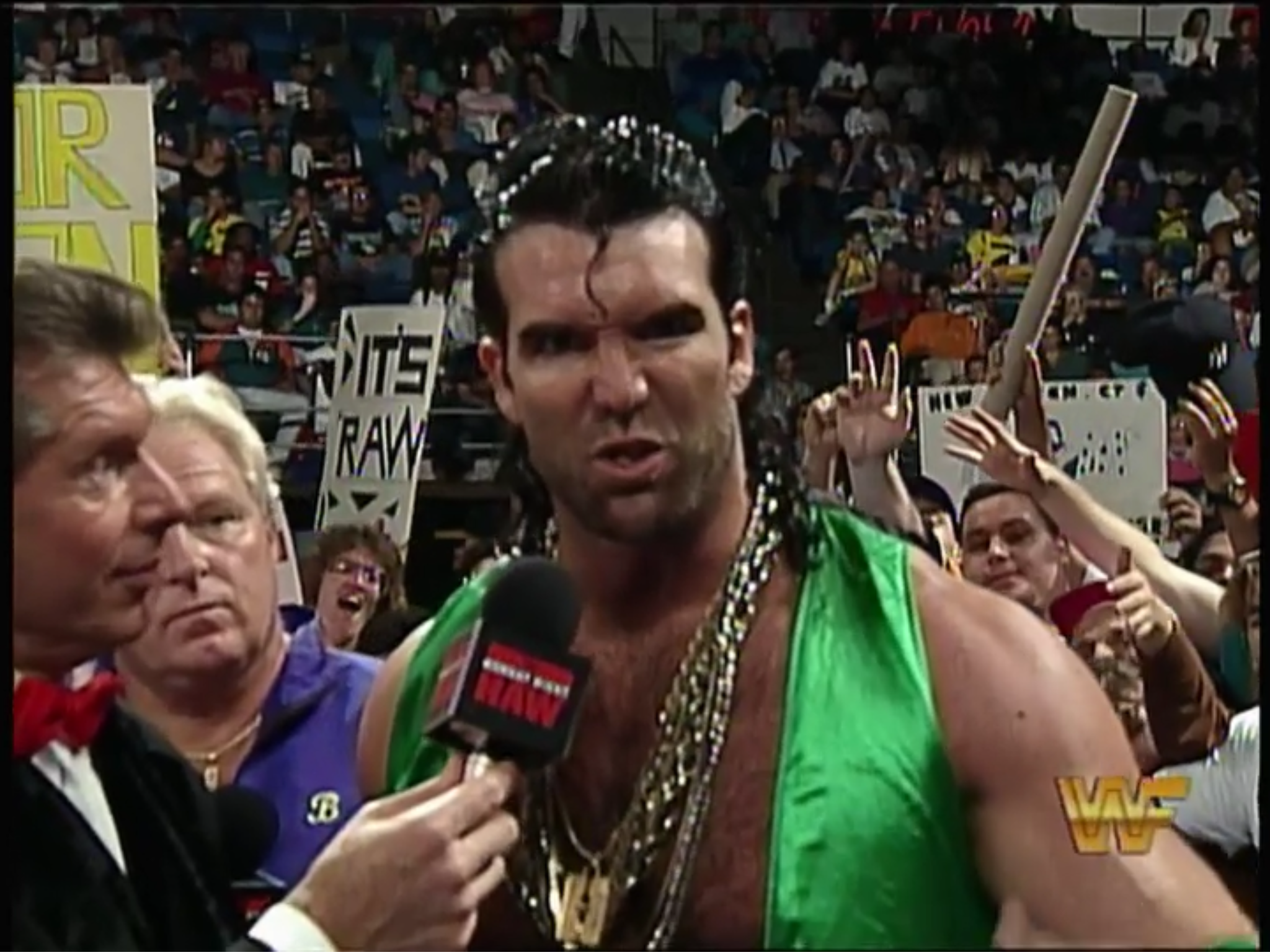 Conclusion:  This show served as an appetizer for next week’s battle royal. The Tatanka-Martel match was utterly awful. While drama was allegedly created during the tag title match, the outcome was a forgone conclusion. Let’s hope the battle royal is worthwhile.