Can DiBiase show the Kid who’s boss by beating him on RAW? Will Jannetty survive and conquer the big Booger? What could Savage have in store for us this week? Let’s find out!

Prior to the opening match, we revisit Wrestling Challenge from “two weeks ago” when the Kid upset DiBiase thanks to a distraction by Ramon.

Summary:  Just an appetizer for the IRS-Kid match at the PPV.

After the match, Money, Inc. double-teams the Kid until the Steiners rescue him. While Scott gave IRS a pair of Steinerlines, Rick delivers a back elbow to DiBiase. They then dispose of Money, Inc.

Promo airs for Summerslam Spectacular ‘93 this Sunday at 8pm ET on USA. Can someone please explain to me why this isn’t on the WWE Network?

Summary:  Showcase match for the Headshrinkers as they FLATTENED their opposition.

Summary: Showcase match for Jannetty who will have a tougher test when he faces Borga at the PPV.

Promotional consideration paid for by the following: ICOPRO.

In the ring, Vince interviews Money, Inc. DiBiase runs down the Steiners while Vince promotes the steel cage match on a show I’ll never see.

WHO IS LEX LUGER (part 3)? Luger speaks about the temptation of drugs and his “experimentation.” On the subject of anabolic steroids, Luger “emphatically” and “absolutely” denies taking anabolic steroids. He also mentions that steroids are not an issue in the WWF in 1993 and admits to taking steroids prior to their becoming illegal. This was, more or less, a PSA by the WWF.

Promotional consideration paid for by the following: Slim Jim and WWF Royal Rumble: the video game.

SAVAGE’S SURPRISE: Throughout the show, Savage promises a surprise. In a unique way, he provides one as Mini-Macho makes a grand entrance along with four beautiful women. 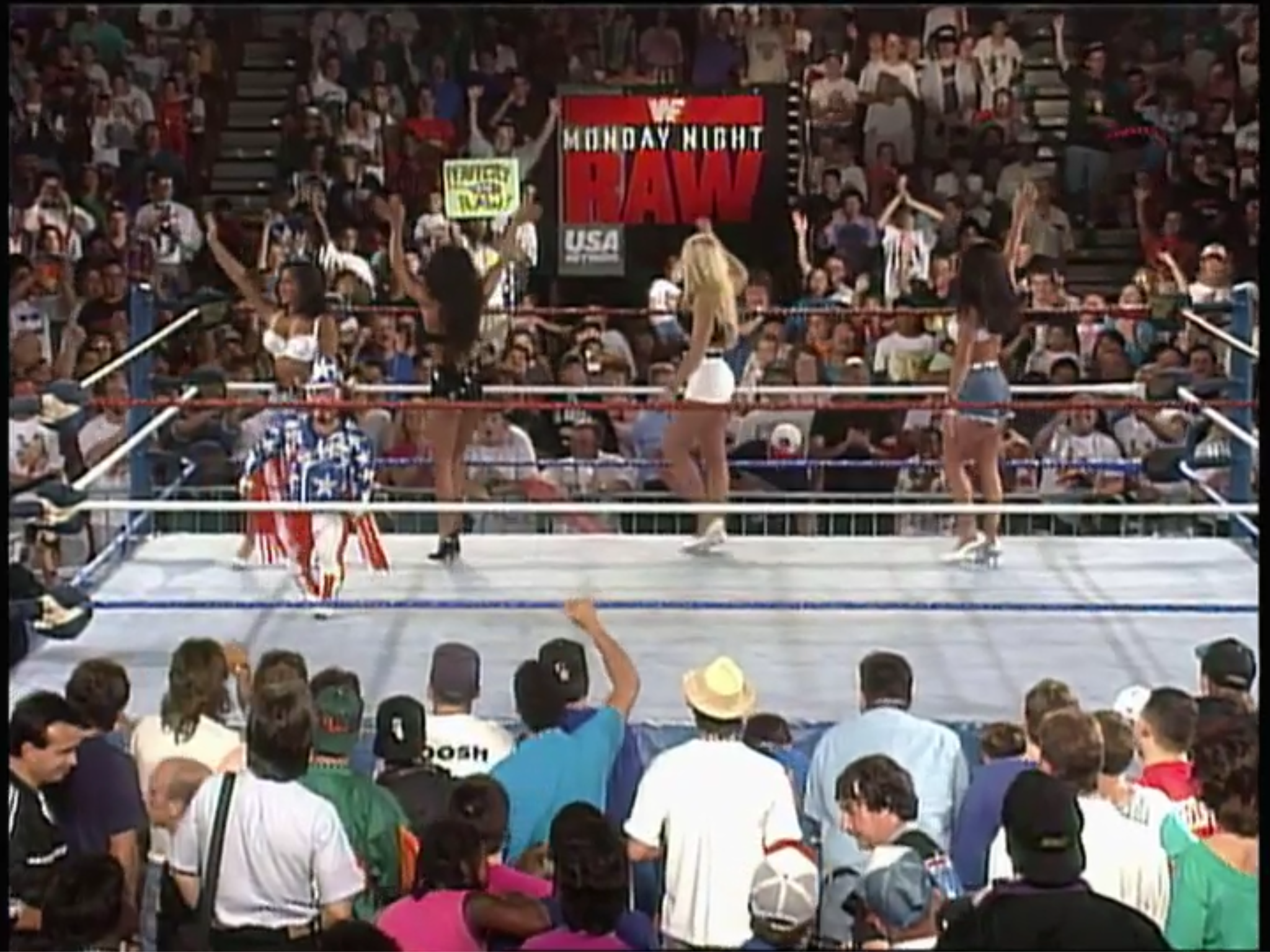 Vince then shills Summerslam Spectacular this Sunday at 8pm ET on USA.

Conclusion:  Since RAW was going to be pre-empted until 9/13 due to Summerslam ‘93 and the US Open, the WWF shilled both their free show as well as the PPV and finished with a little surprise.

Take a pass on this show and prepare for what both the WWF and WCW have in store for us.