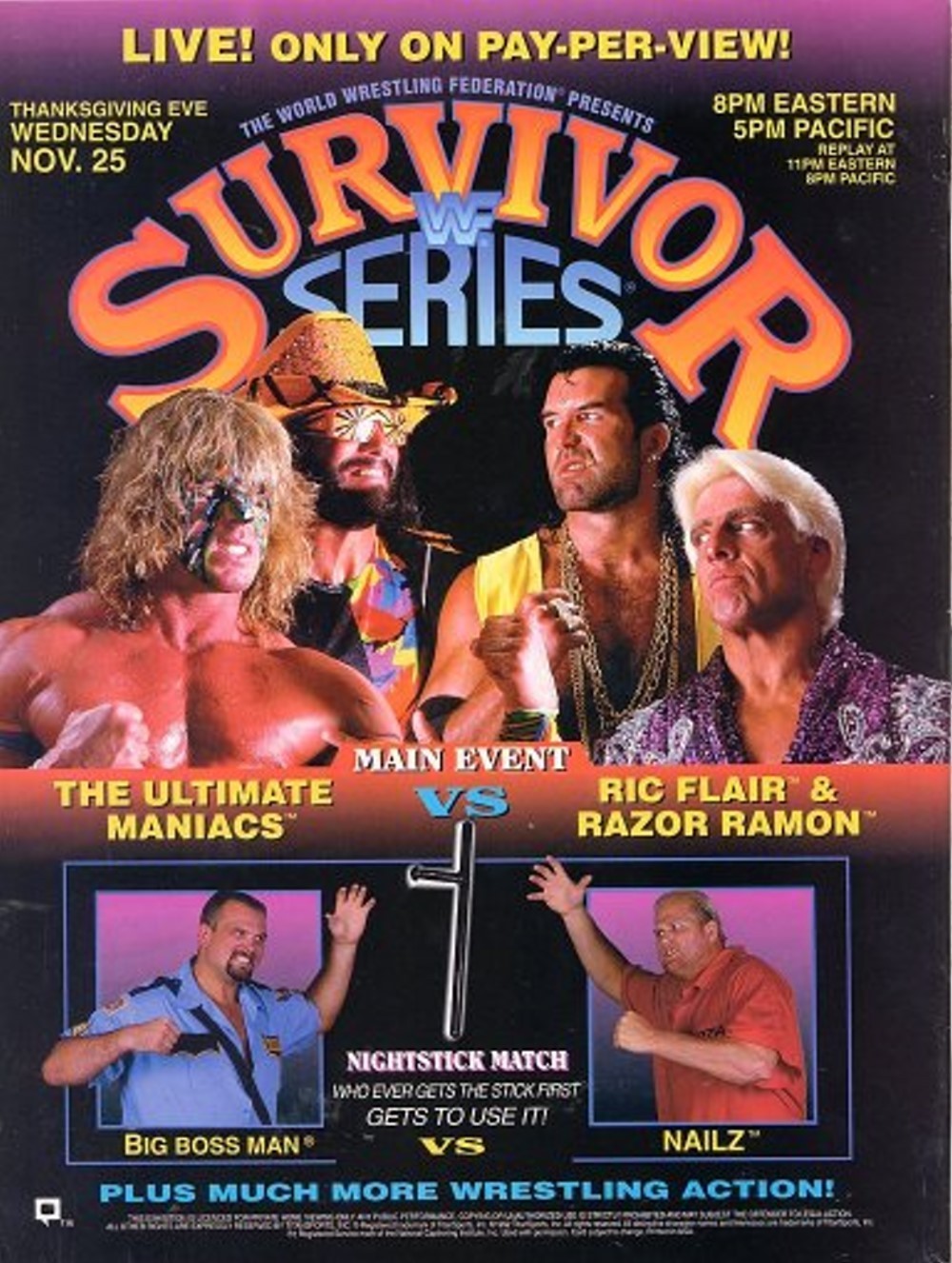 Can Shawn Michaels win his first WWF title? How will Savage fare against Flair/Ramon? Who’s his partner? Also, who will win the casket and nightstick matches? Let’s find out!

Summary:  Both teams benefitted from the tag formula yet the Samoans were the better team.

Back in the blue locker room, Sean Mooney forewarns us about the graphic violence in the upcoming match. He then interviews Nailz whose voice is distorted to sound more menacing. Amazingly, Nailz cuts an intense promo.

Summary: Did you really believe the convicted felon would win a match on PPV? This match marks Wacholz’ final WWF supershow appearance as he had a backstage altercation with Vince allegedly over money on 12/14 in Green Bay, WI. Subsequently, he was fired.

Backstage, Okerlund interviews Flair and Ramon. We then revisit Prime Time Wrestling when Savage selected Perfect to replace Ultimate Warrior as his partner (aired 11/22). Later in the episode, Perfect accepted much to Heenan’s chagrin. WE HAVE A FACE TURN! From the arena, Flair cuts a promo on Perfect. Ramon then speaks Spanglish to the babyfaces. 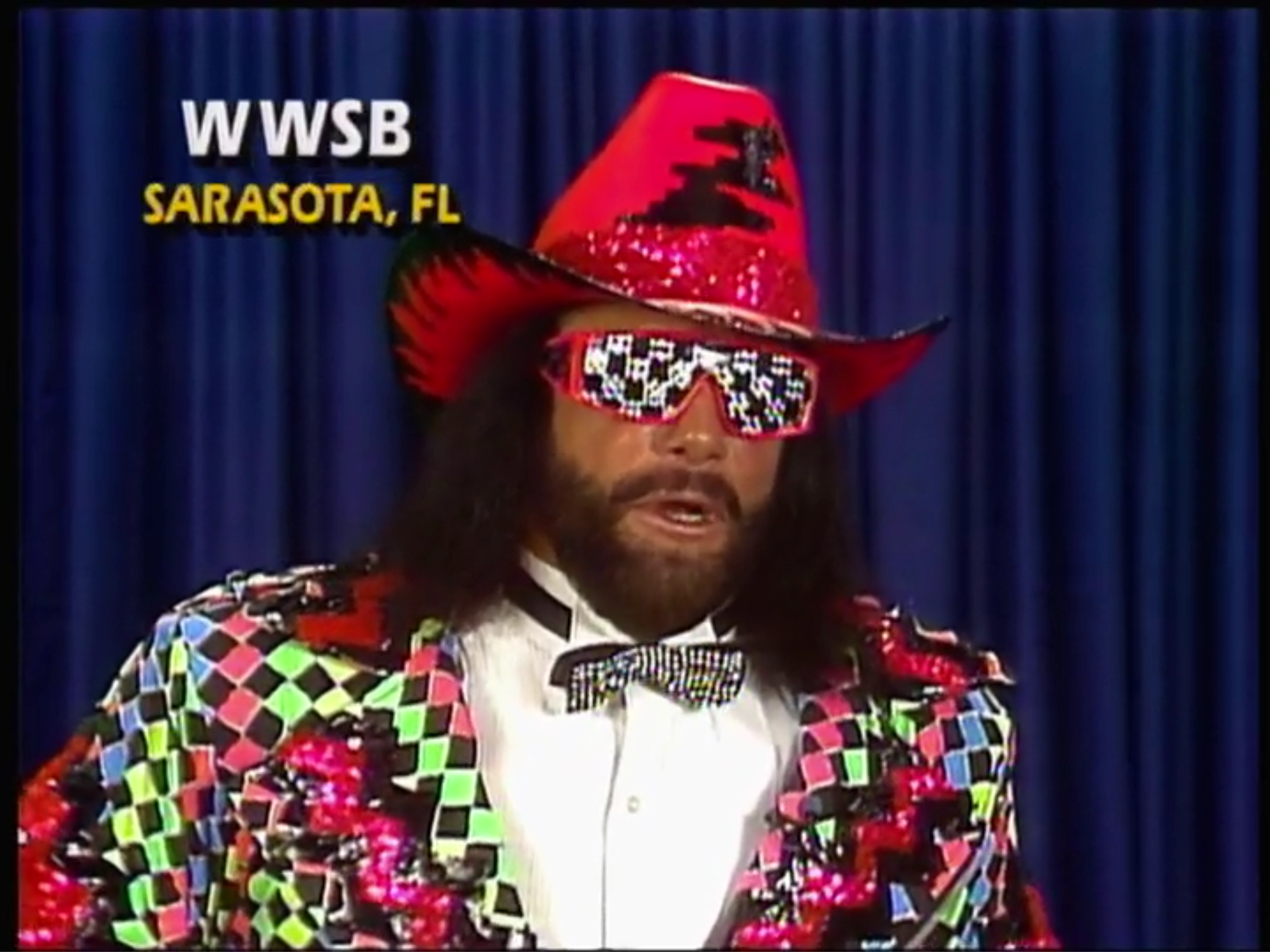 Summary:  While Tatanka remained undefeated, Doink took the Richfield faithful’s attention away from the match.

After the match, Doink popped the balloons. How dastardly!

Back in the blue locker room, Mooney interviews Savage and Perfect. While Perfect cuts a promo on Flair, Ramon, and Heenan, Savage wants to be part of the “Perfect Team.”

Summary:  Crappy finish to an otherwise entertaining match. Neither Ramon nor Perfect looked crisp, but Flair and Savage made up the difference.

After the match, Flair hooks the figure-four leg lock on Perfect, and Ramon brings a chair into the ring. Before Ramon could crush Perfect into smithereens, Savage steals the chair from him. He then guillotines Ramon with the top rope and hands the chair to Perfect. Next, Perfect SMACKS Flair in the face with the chair to break the hold. He then WALLOPS both Flair and Ramon in the back with it. The Perfect Team then shares high-fives to the delight of the Richfield faithful.

Backstage, Okerlund interviews a perturbed Flair and an enojado Ramon warn Perfect about “next time.”

Back in the blue locker room, Mooney interviews the victorious Savage and Perfect. Speaking of Perfect, he offers Flair and Ramon a pair of raw turkeys. He then offers Heenan a raw chicken while badmouthing him. In Perfect fashion, he swats the chicken away. HA!

After the match, the Nasty Boys double-clothesline IRS and chase Hart away.

Call the Survivor Series hotline and talk to Tatanka, Perfect, and Savage.

Prior to the next match, we revisit Summerslam ’92 and the aftermath of the Undertaker-Kamala match. We then revisit Superstars when Bearer brought a coffin to ringside during a Kamala squash (aired 10/10, taped 9/21). The following week, on Wrestling Challenge, Bearer scared Kamala again with a coffin (aired 10/18, taped 9/22).

Afterward, Bearer cuts a pre-taped promo while Undertaker builds a casket big enough to hold Kamala. As he closes the casket, Undertaker informs Kamala to “rest in peace.” SPOOKY!

Summary:  Kamala’s antics surrounding the casket and urn made the match entertaining. As for the rest…

After the match, Undertaker rolls Kamala into the casket and seals it shut.

Back in the blue locker room, Mooney interviews a cocky Michaels who’s ready to wear two belts upon victory. 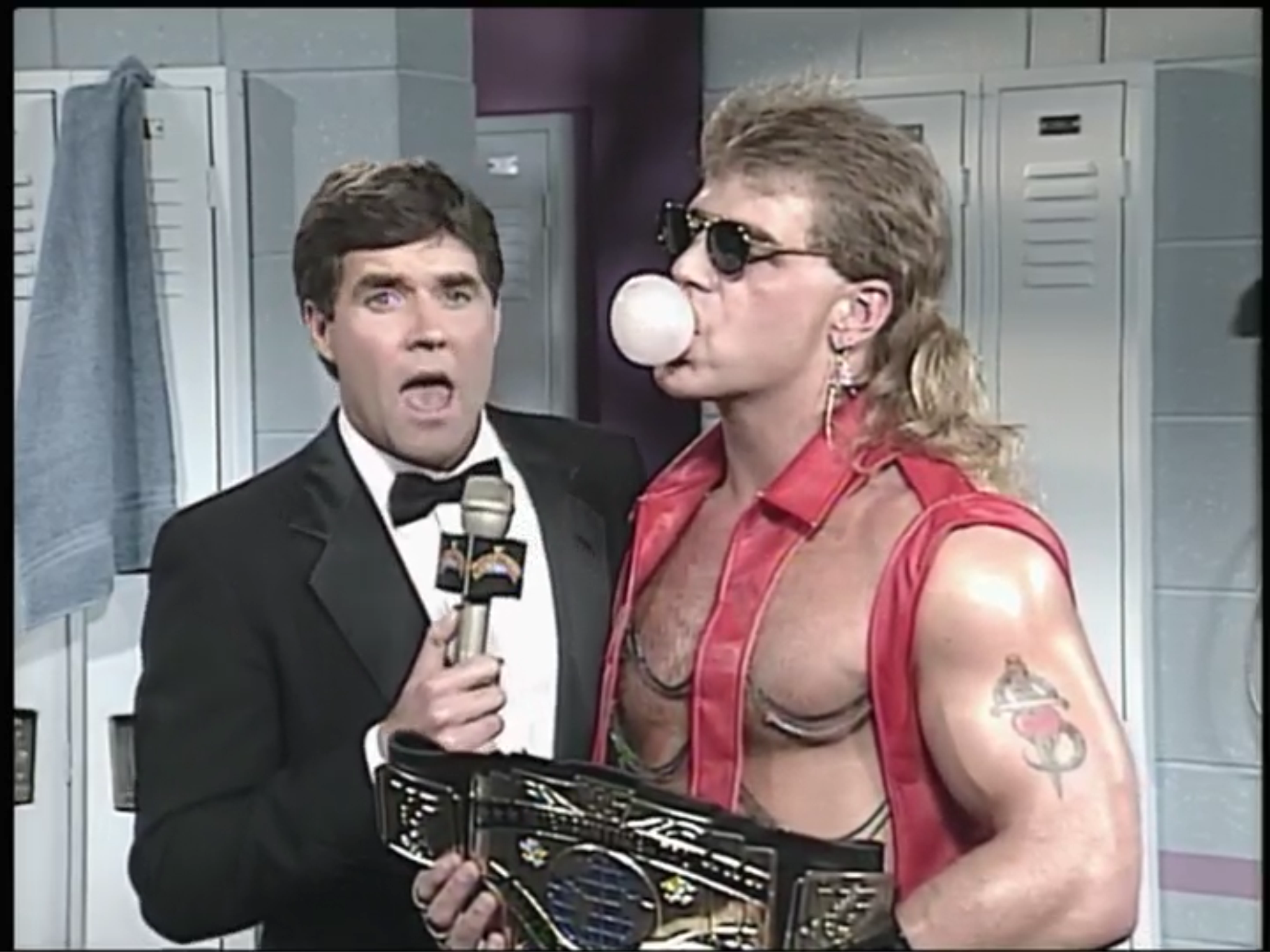 As Michaels makes his entrance, Okerlund interviews Bret who respects Michaels yet feels excellent about his chances.

Summary:  Compared to prior PPV WWF title matches, this match blows them out of the water. Neither smoke nor mirrors were needed for these two to showcase themselves extremely well. In addition, I truly enjoyed Bret’s kicking out of Michaels’ finisher because, despite the technical nature of the maneuver, it wasn’t a devastating move but merely a transitional one.

After the match, Santa Claus comes to the ring to accompany Bret. While snow falls, Santa gives Bret a Santa hat and raises his arm in victory. 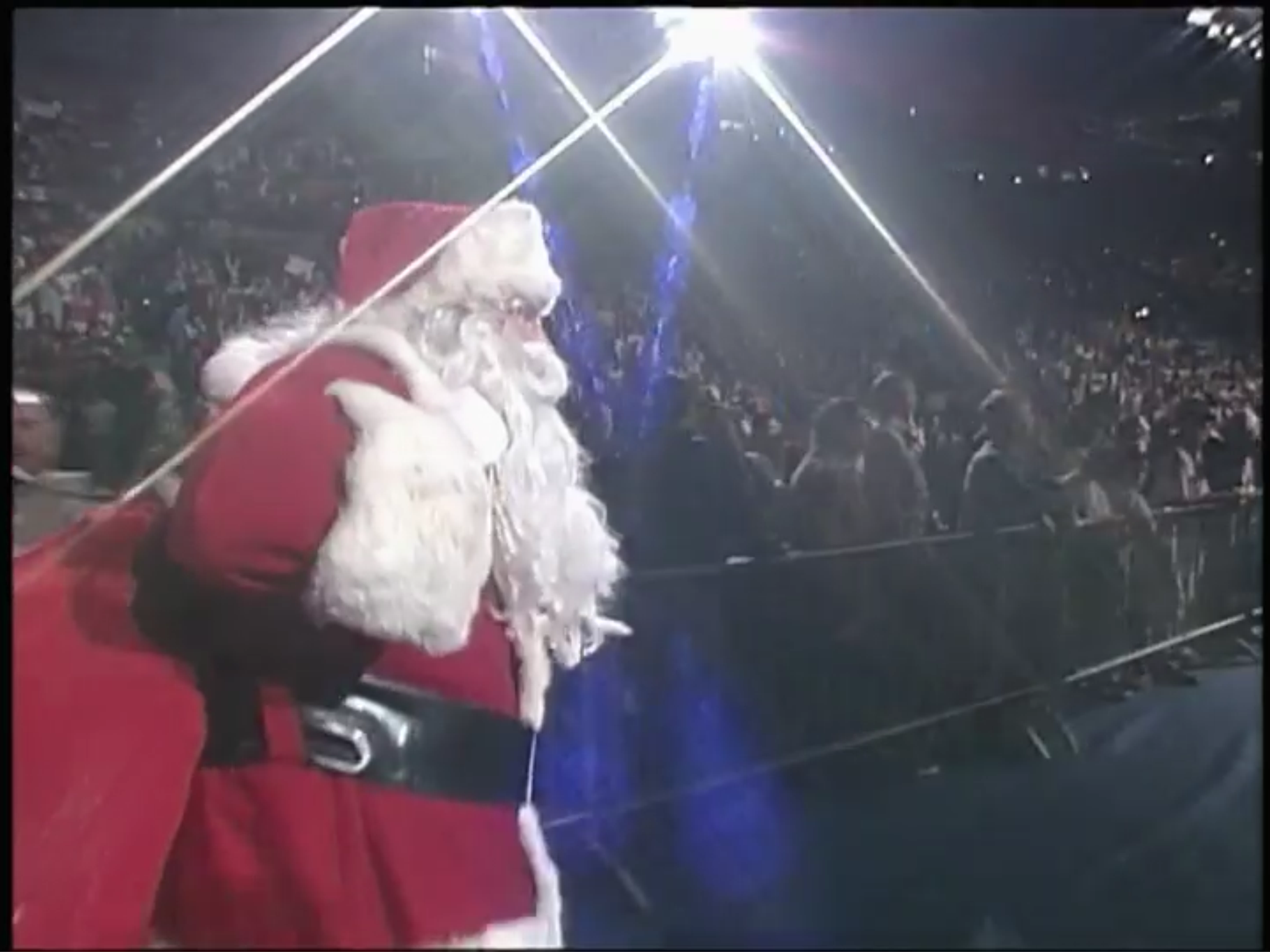 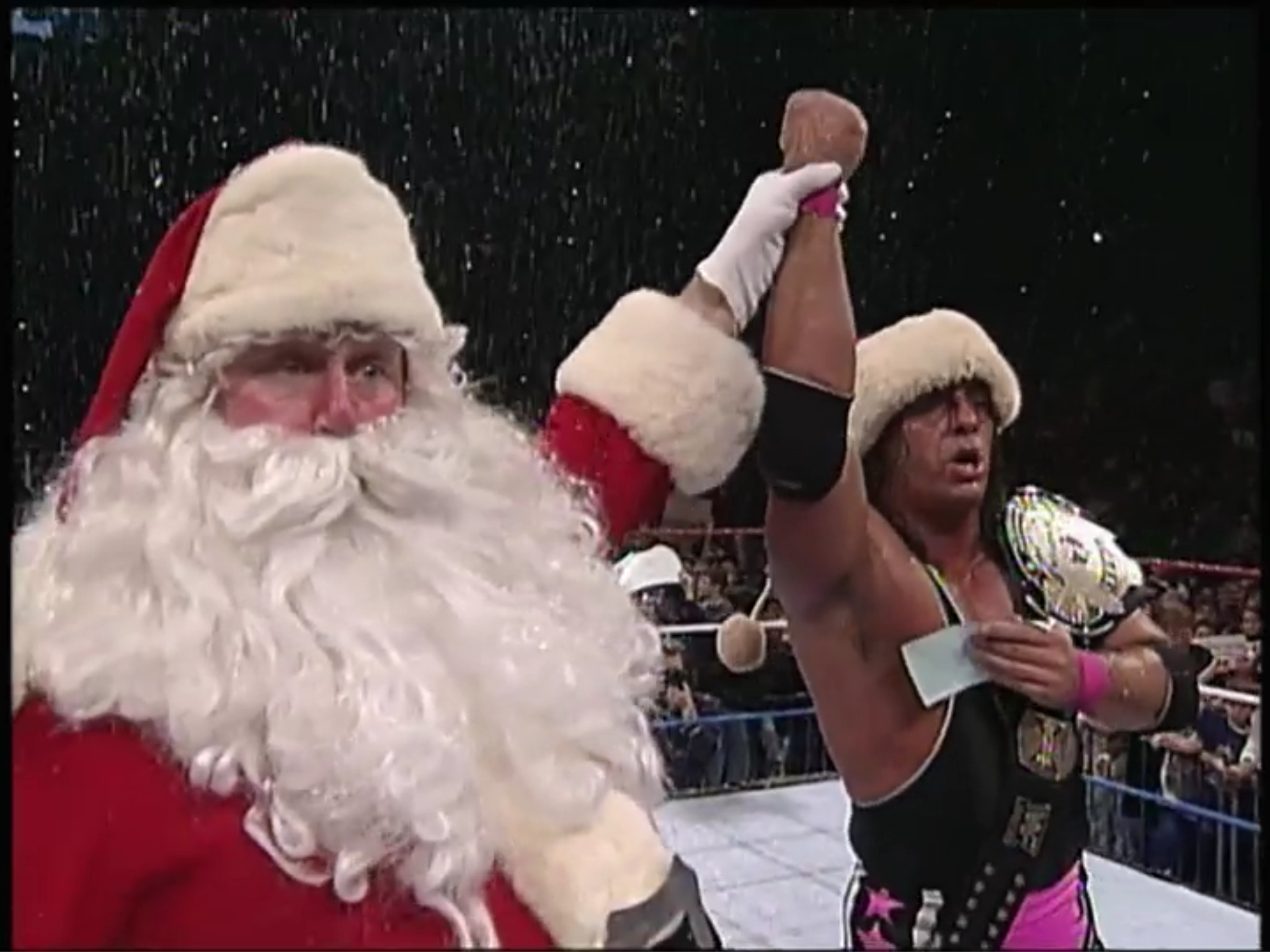 Conclusion: Say it with me, folks—ONE…MATCH…SHOW. However, that one match saved the show in spades. Bret and Michaels certainly bring a unique style that hasn’t been seen at the top of the card in a long time. Additionally, the show-long antics by Heenan, while entertaining, pale in comparison to his work at Royal Rumble ’92 and WrestleMania VIII.

If you’ve never seen the title match, make a reminder to do so. The rest of the show is forgettable at best.

See you for WCW Starrcade ‘92!