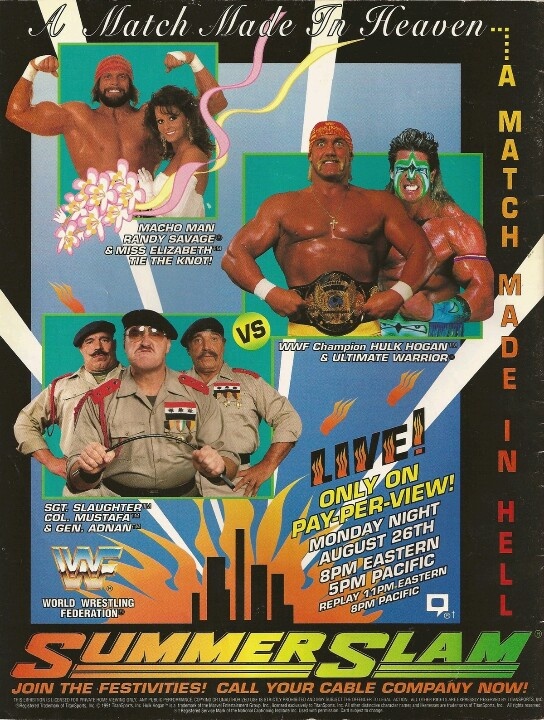 With matches made in both Heaven and Hell, will Vince go to Purgatory? Also, three title matches support the undercard. Read on! 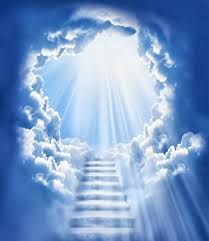 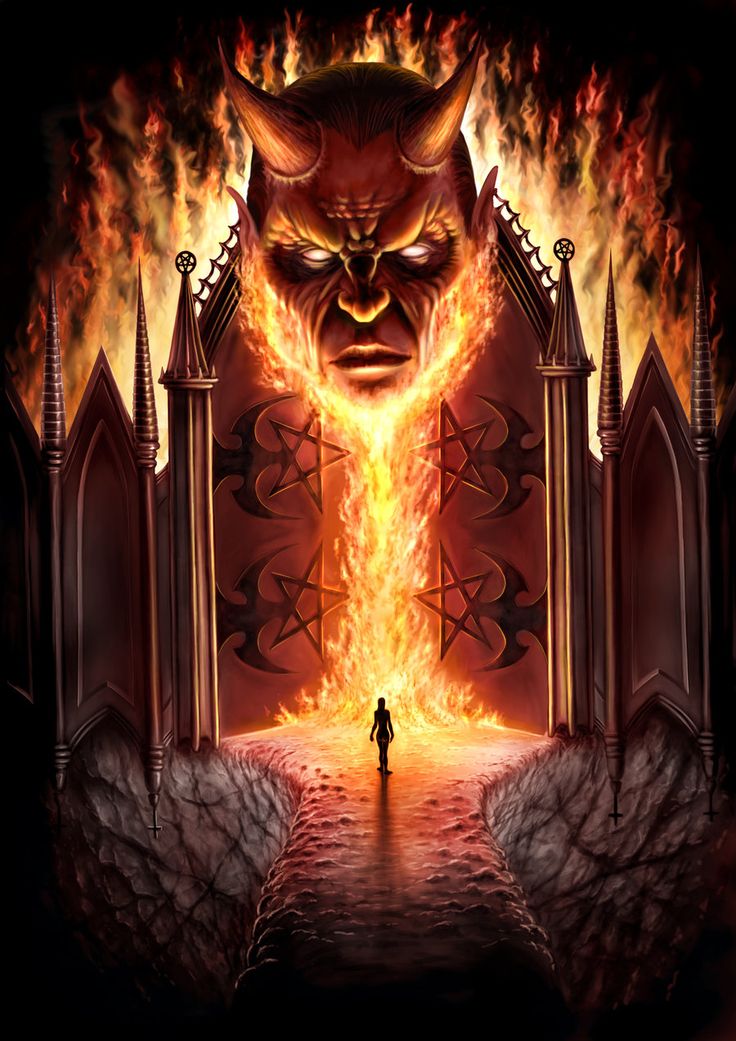 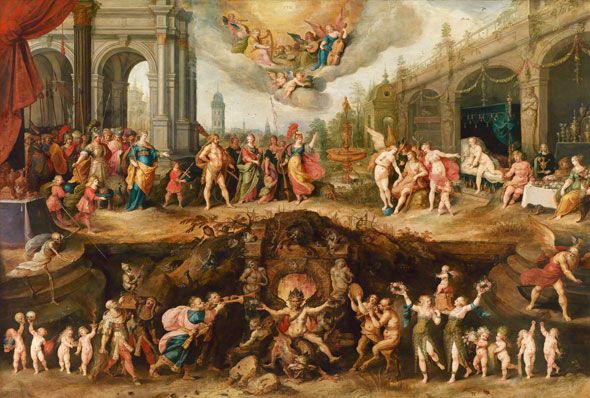 Summary:  Good opener that got the Garden rocking.

From the pink locker room, Sean Mooney interviews Perfect with Coach. For those who read my AWA Super Sunday reflection, you might remember Coach as John Tolos.

Summary: Despite Perfect’s injury, this was a magnificent effort by both wrestlers. In addition, this was truly Bret’s coming-out party as Perfect made him look great. GET ALL THIS!

After the match, Bret mysteriously rips the blue singlet off Perfect for a trophy. He then celebrates with the belt.

Among the MSG faithful, Lord Alfred Hayes interviews Stu and Helen Hart while Bret joins them. I believe Bruce gets a quick cameo before the segment ends.

Promo airs for HOT TICKET only on PPV. In October, Hulk Hogan: A Real American Story will be featured.

Backstage, “Mean” Gene Okerlund interviews the Bushwhackers with Andre. We then revisit Superstars when Earthquake attacked Andre after Andre refused Jimmy Hart’s offer to be his manager (aired 6/1, taped 5/6).

Summary: Showcase match for the new heel tag team. In addition, this was Andre’s final North American appearance for the WWF. RIP Andre.

After the match, the Natural Disasters saunter after Andre until the Road Warriors come to Andre’s rescue. The Road Warriors then chase the heels from the ring as Andre whacks them with a crutch.

Backstage, Heenan knocks on Hogan’s dressing room and challenges him on behalf of the “real world’s champion Ric Flair” while holding the NWA World title belt. HOLY SHIT! It didn’t take long for Flair to resurface post-WCW. I wonder how the NWA will respond. 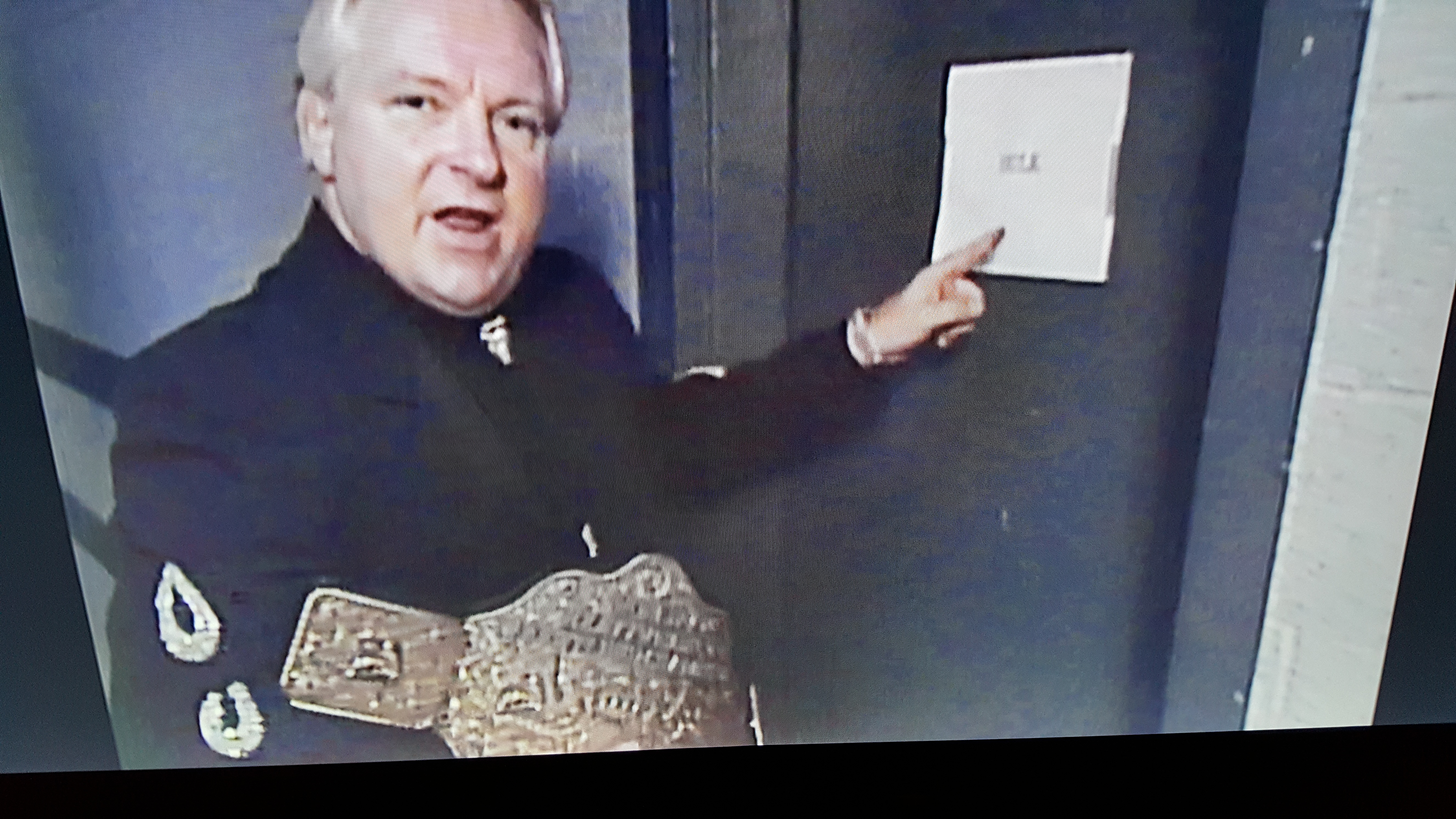 In his dressing room, Savage, doing his best Jesse Ventura impersonation with all the tie dye, talks on a hotline. 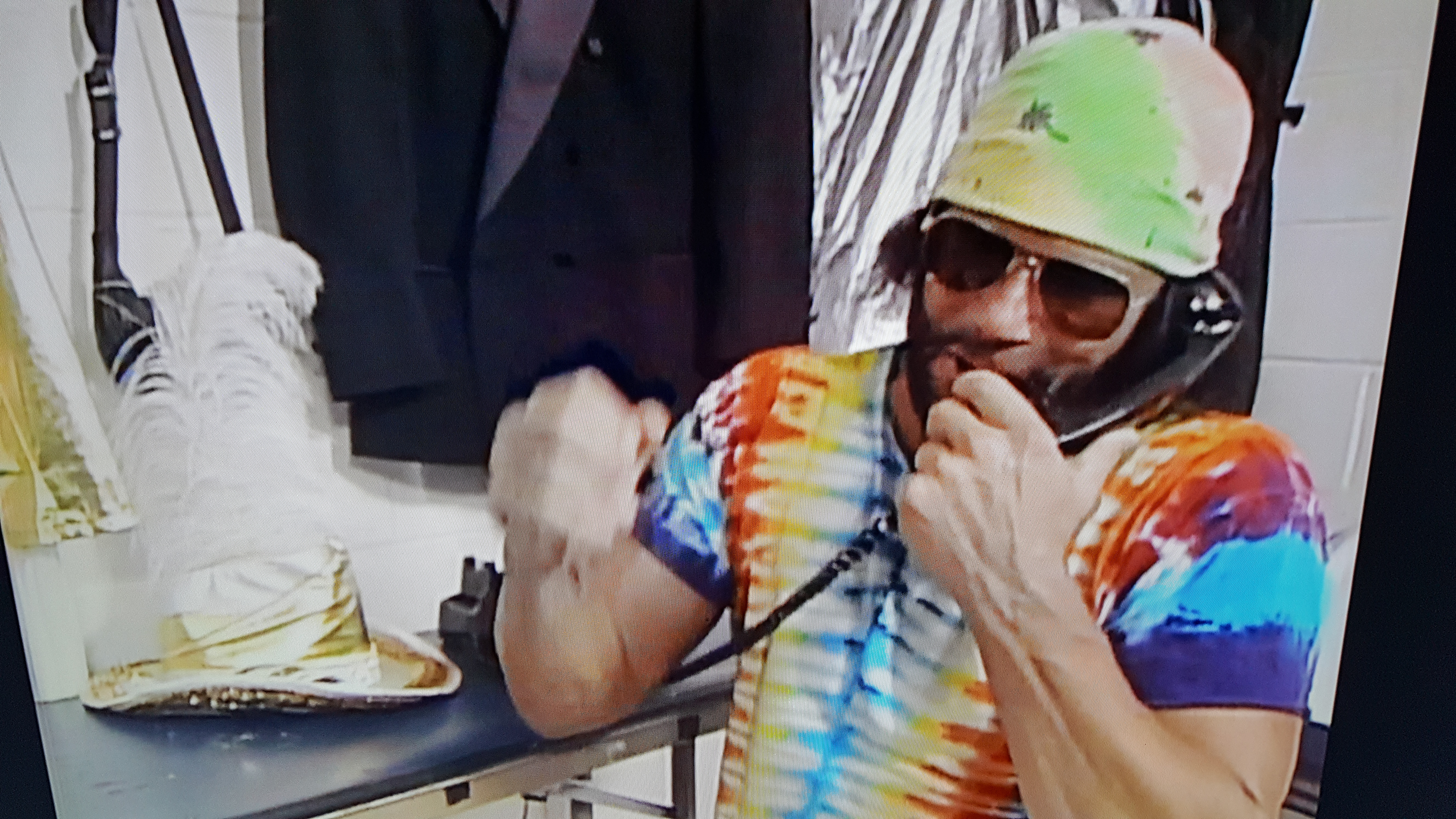 Back in the pink locker room, Mooney interviews DiBiase with Sherri. We then revisit some of Virgil’s most humiliating moments. Afterward, DiBiase supplies a crying towel for Virgil.

Summary:  Despite not being a great match wrestling-wise, it told a great underdog story.

Backstage, Okerlund interviews the Mountie. We then revisit Superstars when the Nasty Boys and the Mountie handcuffed Bossman to the top rope. The Mountie then used the cattle prod on Bossman (aired 5/11, taped 4/15). Following that, Mountie cuts a promo on Bossman while chastising NYPD officers.

Elsewhere backstage, Mooney interviews Bossman who vows that Mountie will go to jail.

Summary:  Once again, the story behind the match stood taller than the wrestling itself.

After the match, Bossman drags Mountie to the edge of the ring so that NYPD officers can handcuff him. The officers then drag Mountie backstage and toss him into the paddy wagon. Afterward, the paddy wagon leaves MSG toward the police station. More on this later. 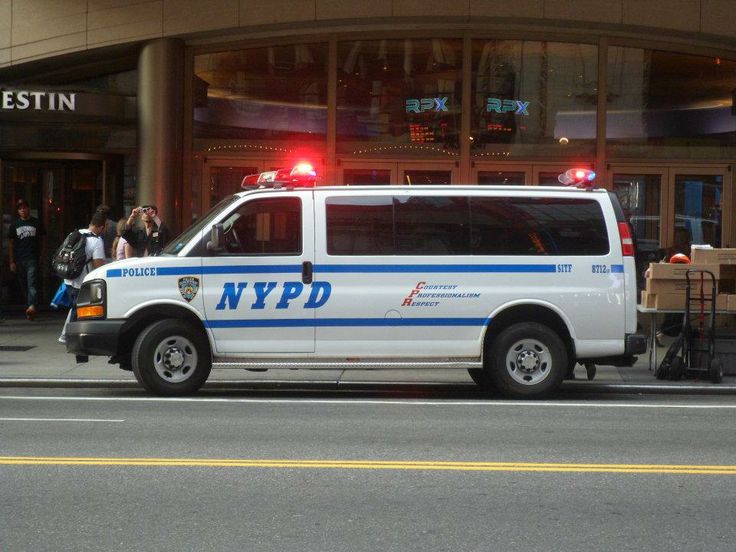 Back in the pink locker room, Okerlund interviews a perturbed DiBiase who claims Virgil stole his belt.

Backstage, Mooney interviews Bossman who calls the Mountie a “jailbird.”

Back in the locker room, Okerlund fails to interview Savage who’s still on the hotline.

The paddy wagon then arrives at the police station, and the officers drag Mountie inside it.

From the pink locker room, Mooney interviews a panicky Hart with the Nasty Boys. In one of the more unintentional comedic moments, Sags confuses collaborated with coagulated. HA! Has he been handling blood specimen lately? Nevertheless, the Nasty Boys cut a promo on the Road Warriors.

When we return to the police station, the Mountie receives his mug shot. Hart becomes apoplectic.

Elsewhere backstage, Okerlund interviews the Road Warriors who cut a promo on the Natural Disasters and the Nasty Boys.

At the police station, the Mountie gets finger-printed. When an officer asks for a finger, the Mountie gives it to him much like Stone Cold Steve Austin. “You want the finger? Here’s the finger!” HA! More on this later.

Elsewhere backstage, Okerlund interviews Justice who claims to “stand alone.” We then get earlier footage of Justice with Slaughter, Mustafa, and Adnan. Afterward, Justice declares himself impartial. 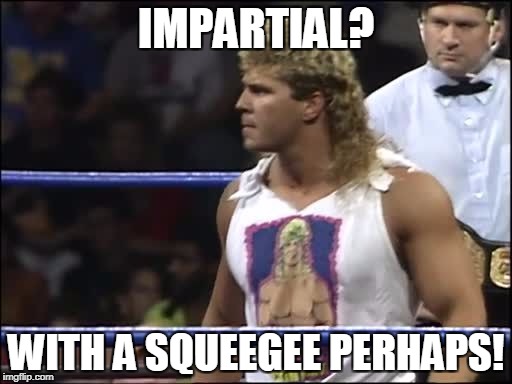 Summary:  Yet another historical match as the Road Warriors became the first team to win the AWA, NWA, and WWF tag team titles.

When we return to the police station, the officers toss the Mountie into a cell. To be continued…

Promo airs for Survivor Series LIVE on PPV on 11/27.

Summary:  Predictable finish to an otherwise run-of-the-mill Hogan main event. On a positive note, the tease of a Sid heel turn added some intrigue.

After the match, Hogan poses for the MSG faithful and then summons Justice. When Justice joins him in the ring, Hogan rips the referee tank top off him. Justice then poses alongside Hogan.

Now, let’s discuss what happened backstage. Back on 7/10, Warrior demanded that his pay for WrestleMania VII be increased to $550,000 because his match against Savage weighed the same as Hogan’s match against Slaughter. He also demanded guaranteed days off as well as equal payoffs for shows and merchandise as Hogan.

To ensure Warrior would appear at this show, Vince acquiesced to Warrior’s terms. As soon as Warrior returned backstage from this match, he handed Warrior a letter of immediate suspension. According to The Sun, Warrior received the same payoff as Hogan for this match ($75,000) although Hogan also received $15,000 as a bonus. I wonder if/when the Warrior will reappear.

Prior to the main event, the Mountie yells from within the cell until a fellow inmate hits on him. Frightened, he then screams for his release.

We then revisit Superstars when Savage proposed marriage to Elizabeth (aired 7/6, taped 6/17).

Next, a music video featuring Savage and Elizabeth airs.

Summary: Not to spoil the moment, but Savage and Elizabeth were already married back on 12/30/84.

While not on the PPV telecast, let’s not forget the reception.

Conclusion: Without question, this show gets a very high recommendation from me as several historical moments in wrestling history occurred. Gather your friends and family, fire up the WWE Network, and enjoy this show in all its splendor.

See you for WCW Clash of the Champions XVI!