Rumors are flying about…

– So apparently, World Championship Wrestling is trying to get Hulk Hogan signed for a match against Ric Flair on PPV later in the year.  Hogan was talking openly at a TV convention about returning to wrestling in May, after filming on “Thunder in Paradise” had wrapped, and was talking about Flair being the guy he wanted to face.  There’s currently no deal in place and those within WCW are “exceedingly skeptical” about any such deal ever happening.

– What is more likely to happen is Hogan touring Europe on his own, running the so-called “Hogan Fan Appreciation Tour” with his own custom championship belt to defend, plus pre-show rock concert with himself and his usual cronies.  WCW does have an offer on the table for him, which includes a bonus percentage for hitting a certain target in PPV buys, and if the Flair program took off it could be very lucrative for Hogan.  (Lucrative isn’t even the word for the deal he eventually got.)  Although the 91 series was disappointing due to mishandling by the WWF at the time, a series with the two would be the most financially attractive option that the company has for the year.

– Back in the WWF, Wrestlemania X is becoming more clear after the live RAW on 1/31.  The main event will see Bret facing Owen, then Yoko defending against Luger, and the winner of that title match defending against Bret to end the show. Dave EXPOSES THE BUSINESS and notes that the coin flip on RAW was in fact rigged.  However, Dave thinks that since neither Bret/Yoko nor Luger/Yoko is any kind of box office bonanza, doing the tie at the Rumble and running with two main events is a good business move.

– The UWFI is in fact going ahead with a second PPV outing in the US, coming the night before Spring Stampede in fact, with some kind of tournament to crown the best real wrestler in the world or whatever.  There’s still verified documentation of how well the first show actually did in reality, but it must have been good enough for a sequel if they’re going ahead with one.  Davey Boy Smith, who was a childhood hero of Takada, is rumored to be facing him in a dream match of sorts in the main event.

– The WWF did a press conference in Tokyo this past week to announce their “Japan-Mania” tour, featuring four shows in May with nothing of substance announced for the cards.  Tenryu and Onita are rumored to be involved in some form, although people in the country are becoming worried that the market is already oversaturated with product and this won’t help.  (Never let it be said that Vince was afraid to find the saturation point of a market and then push past it.)

– OK, onto the 1/27 Clash of Champions, which was supposed to be a big deal with the debut of Bobby Heenan, and turned out to be just another show.  (That pretty much sums up all the Clash shows for the remainder of the show’s existence, outside of the Pillman thing.)  Heenan was up to date on all the angles and personalities and completely outclassed Jesse Ventura in the same role.  (Well, that would certainly change over time.)  Meanwhile, Tony Schiavone actually did the show while deathly ill and suffering from an injured disc in his neck that needs surgery.  So kudos to him for even doing it.

– The show did a strong 3.5 rating, but they did almost nothing to build up the SuperBrawl IV PPV show, or really any future angles for that matter.

1. Scorpio & Bagwell beat Orndorff & Roma in 12:39 when Roma got pinned after accidentally getting rammed into Orndorff’s loaded kneepad.  Decent opener, but they just don’t mesh well.  *3/4 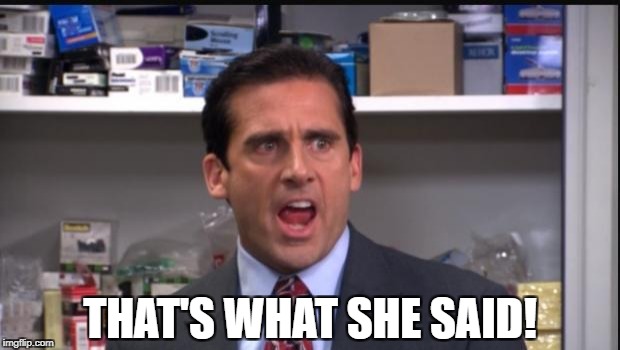 4. Maxx Payne & Cactus Jack beat the Nasty Boys in a non-title match in 6:46, so they get a title shot at the PPV.  Too short and fans don’t care about Payne as a babyface.  They double-reversed a pinfall for the finish, which was cute.  *1/2

5. Brian Pillman pinned Col. Rob Parker, so Parker has to wear a chicken suit.  The Boss chased Steve Austin to the back and Pillman pinned Parker with a rollup.  Better than expected.  **

6. Ric Flair & Sting beat Vader & Rick Rude in an elimination match in 22:27.  Michael Buffer continues to look like a moron with his intros. The match was nearly ruined by a four minute commercial break, and Flair and Vader were both counted out at 12:00.  Sting and Rude had their usual match with Sting finishing him off with a top rope splash.  ***1/4

– Jerry Lawler has one last shot at having charges dismissed with a hearing on 2/23.  In fact, the longer the issue is continued, the most apparent that the prosecutor really does have a grudge against him.  The only reason it wasn’t dismissed in January is that the prosecutor asked for a one month continuance because she didn’t have time to review the dismissal motion.  In addition, she obtained an apparently illegal search warrant, from a judge not even connected to the case, to get tapes from Lawler’s offices of Lawler speaking with the mother of victim.  Those tapes actually dated weeks before the alleged crime even took place and contained no evidence of a crime being committed, which directly contradicts what the prosecutor told the judge in order to get the warrant. Several prominent lawyers have actually spoken up about the case now, noting that without physical evidence or testimony from the victim, it’s essentially impossible to get a conviction, which makes the continued pressure to go after Lawler all the more perplexing.

– Atsushi Onita, contemplating retirement and wanting to go out with a bang, has scheduled a series of interpromotional main event matches for the year, starting with appearing on a WAR show in March against Tenryu.  (Yeah, Onita literally only retired LAST WEEK, as in October of 2017 when this is written, so I wouldn’t be holding my breath back in 1994.)

– Jushin Liger is being put in charge of the Super Juniors tournament in 1994, and he’s got plans to bring in a LOT of outside talent to really spice it up.  (That tournament was AWESOME, so it worked.)

– With Gedo & Jado quitting W*ING to move to WAR, W*ING had to bring back Kanemura in desperation, despite him still being out of action after severely burning his back due to a powerbomb on a flaming mat. W*ING is in really serious financial trouble at this point.

– Fujiwara appeared on a Canadian TV special, wrestling an actual bear, like a real wild one instead of the trained ones used in traditional wrestling spots.  (Ever see that movie Grizzly Man…?)  It didn’t go well for him, needless to say.

– In the USWA, Jerry Lawler and Eddie Gilbert are fighting over a jacket.  Seems that Lawler had a prized jacket that was given to him by Sam Bass before he died in 1976, but Tommy Gilbert stole it before he died and passed it onto Eddie.  Eddie claims that in fact Bass was a drunk who sold it to Tommy for $20.  (I mean, I can understand if they were Canadian and it was a really nice jean jacket or something…)

– To SMW, where Tammy Fytch interfered on behalf of Chris Candido, with announcers speculating as to their relationship.

– Jericho and Storm are coming in to SMW soon, once immigration paperwork is ironed out, but for the moment they’re shooting music videos and Jim Cornette supposedly has an idea that will “rocket them into Memphis-Fabs like popularity.”

– Speaking of crappy debuts, Kevin Sullivan debuted for WCW on the 1/31 tapings, with the idea that Equalizer is actually his younger brother Dave, who Kevin used to abuse when they were kids and left him with brain damage.

– Frank Anderson, a Swedish amateur wrestling star who was an Olympic medalist in 88, is training for a WCW debut.  New Japan actually tried to give him a major push two years ago, and then gave up on it right away for whatever reason.  (It didn’t go anywhere in WCW, either.)

– Kroffat & Furnas have an interview this week, although it would take a hell of a lot of money to make them give up Japan.

– WCW did a bizarre angle after the Clash where Flair was supposedly injured and would not be defending against Vader at SuperBrawl after all.  But then they did another few weeks worth of TV where Flair was defending the title and made it clear that he WAS facing Vader at SuperBrawl.  Just another reason why the show will likely die.  (Yes it did, and in fact it was the only WCW PPV to never receive a home video release from Turner!  Probably not related, but it sure didn’t help the long-term legacy of the show.)

– Michael Hayes quit the company and has a seriously injured back, so the entire Badd program is out the window and will lead to nothing.

– WCW is trying to enforce a new policy where guys missing house shows will be heavily penalized, and fans will be told the truth at the shows.  Dave notes that “telling the truth” would be a radical reinvention of the entire wrestling business.

– To the WWF, where Earthquake made a surprise return as a babyface.

– After weeks of doing four-star ladder matches on the house show circuit, Ramon and Michaels decided to take it easy for the remainder of the tour, doing matches where they didn’t even touch for 15:00 and then Ramon got the pin after 2:00 of “action”.  (Doesn’t bode well for Wrestlemania!)

– Scott Steiner missed all the house shows on the weekend, apparently injured.  (Or…something else.  Like, you know, off to Japan.)

– Mr. Perfect has been contacted about working Wrestlemania.

– With Muta supposedly headlining the WCW PPV in April, Kwang has already been retooled into a total Muta ripoff gimmick, complete with green mist and being billed “from Japan.”  (Huh, I never thought about Kwang as ripping of Muta, I just assumed Vince was so racist that he thought all Japanese people could spit green mist at will.)

– And finally, Undertake did Regis & Kathie Lee this week, and when asked who beat him for the WWF title, Paul Bearer responded “Ric Flair.”  Dave notes that although the spirit of the Undertaker may go on forever, Paul’s short term memory certainly does not.  (Hey man, I can sympathize.)