But first, Dave has a riddle for us…

“Q. How is it impossible to put together a show where from bell-to-bell the match quality is the highest of any PPV show since February and is topped off by arguably the best match bell-to-bell of the year in this country and still have it only be a marginal thumbs up?

A. Have Dusty Rhodes book the finishes.”

(I’m assuming he meant “How is it POSSIBLE…” there?)

– Dave got a bunch of responses to Halloween Havoc, most of which said exactly the same thing:  Matches were good, finishes were awful and nearly sunk the show. Screwjob finishes might have worked in the 70s, but we’re long past the 70s now and WCW is driving themselves into oblivion with them.

– Meanwhile, Vader and Cactus had an amazing main event, but it’s disturbing that guys are pushing themselves into crazier and crazier s--- in order to pop the fans with brutality.  Luckily, no one in the government cares about wrestlers giving each other brain damage enough to do anything about it.  (Not until 2007, of course.)

– Dave goes on a rant about dangerous pro wrestling matches at this point, ironically written two years before ECW would even break into the casual wrestling fan’s bubble, and casually undersells the match between Steve Williams and Kenta Kobashi and a “back suplex thrown by Williams.” (I feel like we really need to go to the video if you haven’t seen it, because it’ll make you seriously question the sanity of Kobashi:

– Dave is seriously worried about the physical condition that Cactus Jack is going to be in, even a few years down the road.  (And he was 100% correct in those fears.)

– The Randy Savage interview from last week was likely not an angle, as it seemed at the time, and in fact they had invited Hogan onto the show without telling him that Savage was going to be there.  It was actually intended as an ambush of Hogan, who never confirmed or denied that he was going to be appearing on the show beforehand. Hogan is just going to ignore it and pretend it didn’t happen.  (In all fairness,that’s how everyone in America treated Radio WWF.)  Unfortunately for Hogan, playing “ignore it and hope it’ll go away” with the Arsenio Hall situation has only wrecked his reputation even more, so it’s not always the brightest play.  (Well, at least he didn’t make racist remarks while unknowingly making a sex tape with someone’s wife.  Because THAT would be embarrassing!)

1. Ice Train & Shockmaster & Charlie Norris beat Harlem Heat & Equalizer in 9:45 when Shockmaster pinned Kole with a bearhug. Match was fine, actually better than it looked on paper.  *  (I would respectfully disagree with both of those statements.)

2. Paul Orndroff beat Ricky Steamboat by countout in 18:35.  First lame finish in a series tonight.  The Assassin was suddenly Orndorff’s manager with no explanation or interview.  Good action and a lot of nice near falls at the end.  Steamboat got hit with the loaded mask and was counted out.  ***1/2

3. Lord Steven Regal drew with Davey Boy Smith to retain the TV title in 15:00. They worked Euro Style and Davey looked good early, but fans don’t really get what Regal is doing on the mat. Finish was messed up because the powerslam was supposed to be the time limit near-fall, but the timekeeper messed up the time and they had to improvise instead.  **3/4 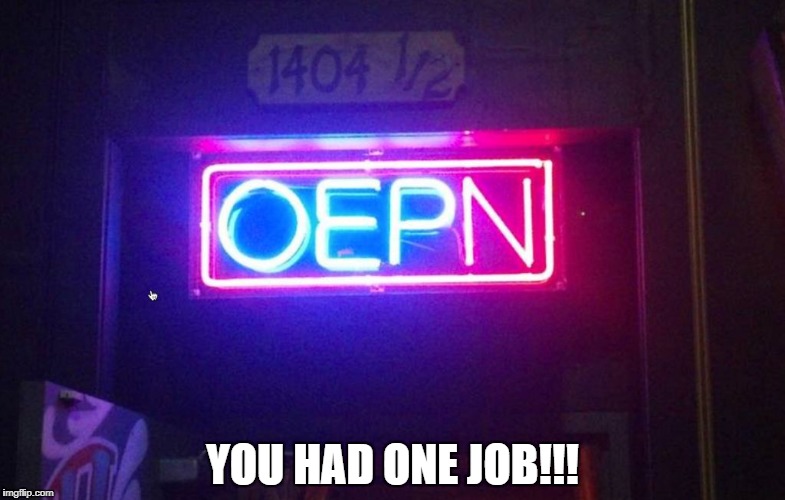 4. Dustin Rhodes pinned Steve Austin to retain the US title in 14:23.  Austin’s graphic was two weeks ahead of the storyline, as it listed Col. Parker as his manager but that hasn’t happened yet. It was good, but there was no heat and they had a way better match in 1991. Austin got the pin with the ropes, but the ref changed his mind and Dustin got the win with a rollup instead.  **3/4

5. The Nasty Boys regained the tag titles from Marcus Bagwell & 2 Cold Scopio in 14:36 when Knobs pinned Scorpio. Scorpio really stood out here with the flying stuff, and Bagwell did a great job selling.  Match was very good, but every Nasty Boys match has the same finish.  ***1/2

6. Sting pinned Sid in 10:41 to remain the franchise of WCW. Dave wonders if maybe one of the two World champions shouldn’t be the “franchise” of the company instead. Lot better than expected, even with the crowd turning on Sting and chanting for Sid instead. Parker accidentally grabbed Sid’s leg and held him down for two, and then Sting pinned him with a rollup instead.  **3/4  (Why did Sid have to kick out of that false finish anyway?  At least it was different and somewhat clever.)

7. Rick Rude retained the International Board of Directors World Heavyweight Title over Ric Flair via DQ in 19:22. Terry Taylor was outside referee and this was supposed to be his babyface turn, but no one got it.  The match was a lot better than last month, but with the worst finish on the show thus far. Apparently the cameraman accidentally getting the foreign object away from Rude was a shoot, as it basically fell in his lap and he had no idea what to do with it, resulting in Flair having to take it back from him and then get caught with it for the DQ.  ***1/4

8. Vader beat Cactus Jack in a Texas Death Match in 15:59. Tony gave the whole spiel about Cactus losing his memory, but that had already been retconned to TV into “mind games” from Jack and supposedly had never happened.  WCW Quality Control at work. Incredible match with an incredibly bad finish.  Dave feels like the use of a stun gun for the finish is setting us up for switchblades and .44 Magnums as the next steps. (Oh come on now Dave.  It was more goofy than anything.)  Dave thinks you really should get a tape of the match at the very least.  ****3/4

– Down to Mexico, where Vampiro (already the highest paid wrestler in the world outside of Sting) is now promising to retire and play in a rock band by the end of the year.  (Who is he, Chris Jericho?)

– Mitsuhara Misawa actually broke his breastbone during a title defense against Stan Hansen, resulting in a finish that looked pretty messed up.  No word if it’ll cause him to miss the tag tournament (Spoiler: No, of course not) or the impending title defense against Kawada where everyone expects the challenger to finally capture the title since it’s his “turn”.  (Spoiler:  Sorry, Kawada, it wasn’t your turn yet.)

– Jumbo Tsuruta finally returned after a LONG layoff due to Hepatitis, working for about 3:00 in a comedy match in the undercard with Baba as a tag partner. (And that’s the spot he remained in for the rest of his brief career, sadly.)

– To Memphis, where Dave’s investigative skills have led him to the conclusion that Doink the Clown is Steve Lombardi down there, not Matt Borne.

– And now, for the moment we’ve all been waiting for, as we get the MACK DADDY of all… 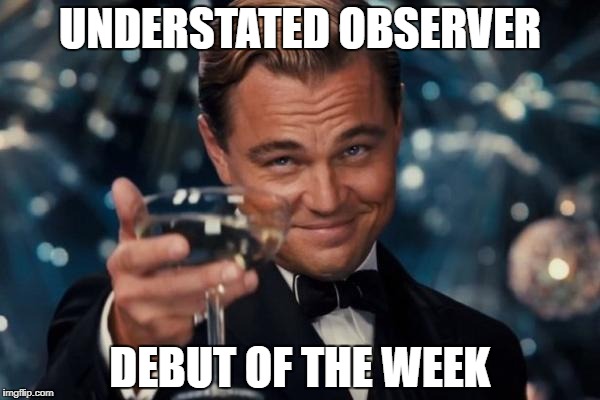 Take it away, Dave…

Both the New York Daily News and the Miami Herald (which was syndicated nationally on the Knight-Ridder service) ran stories about University of Miami defensive tackle Dwayne Johnson, talking about him being the son of long-time pro wrestler Rocky Johnson. The New York story didn’t mention that he was the grandson of the late Chief Peter Maivia although it was emphasized in the Miami story. He claimed his uncles included Jimmy Snuka, The Head Shrinkers and the Wild Samoans, which I don’t believe would actually be blood relatives as much as spiritual. Johnson, who is 6-5, 275, is a redshirt junior who splits time in a rotating foursome at DT and will likely someday end up in pro wrestling.

(Gee, I wonder if that Dwayne Johnson kid ever decided to get into pro wrestling?  I think he’s an actor now or something.)

– A funny gimmick match out of Kentucky, as Mike Samples agreed to wrestle the local sheriff and bragged that he could win while blindfolded.  So the sheriff agreed, and when Samples put on the blindfold, “Nightmare” Danny Davis snuck into the ring and wrestled as the sheriff, then switched out to the real guy again in time for him to get the win with a boston crab. (Man, that reminds me of my dating days, when the girl would be like “Let’s get kinky and try a blindfold” and then sneak out the back door on me.  You’d think after the first four or five times I’d learn…)

– Back to Mexico, where Fuerza Guerrera’s teenage nephew Juventud is getting tons of praise, and actually won the WWA light heavyweight title after only a few months in the business, beating Rey Mysterio Jr. 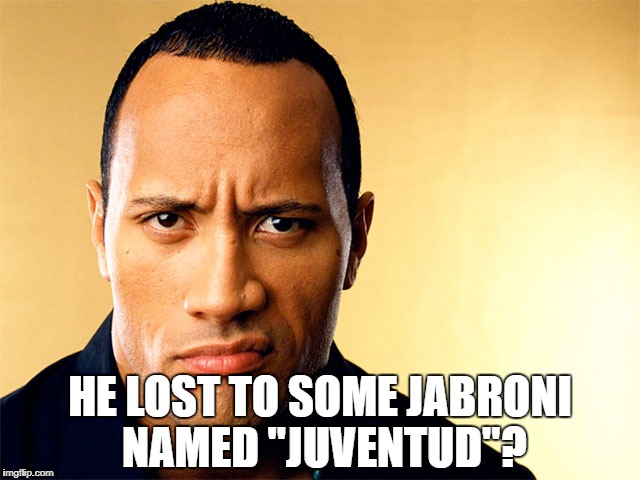 (Dammit, I wish Chris Jericho had been involved in that match so I could have tied it all together like an episode of Seinfeld or something.)

– The Santo movie that debuts on 11/5 in Mexico is said to be the best movie ever starring a wrestler.  Dave feels like they’ve obviously never seen a little movie called “Mr. Nanny”. 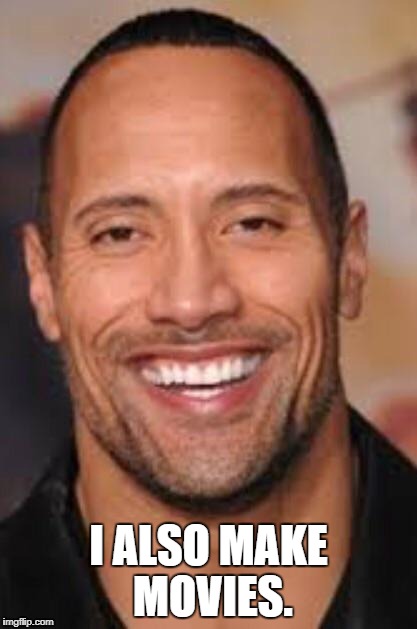 (Well of course you do.)

– To the WWF, where Undertaker will replacing the “injured” Tatanka in the Survivor Series main event, thanks to the nefarious Ludvig Borga.  Borga, by the way, is still being billed as undefeated even though he gets pinned at every house show.

– Sabu got another tryout, this time with Owen Hart, and had an excellent match that won him a job.  (Gee, having a great match with Owen Hart instead of Scotty 2 Hotty, what a shocker)  However, he turned them down because he wants to stay loyal to Onita in FMW.  (I wonder how much he’s regretting that now?)

– Jobber Rich Myers, the son of George Steele who did a couple of shots on RAW getting creamed by the Steiners, actually got a tryout match as a single and got to win a match.  Dave describes his ring work in that match as “making Todd Champion look like a ballerina”.  (So I’m guessing he DIDN’T get the job, then…)

– Also getting a tryout was “Sid Vicious clone” Glen Jacobs, who will be the Black Knight at the PPV. 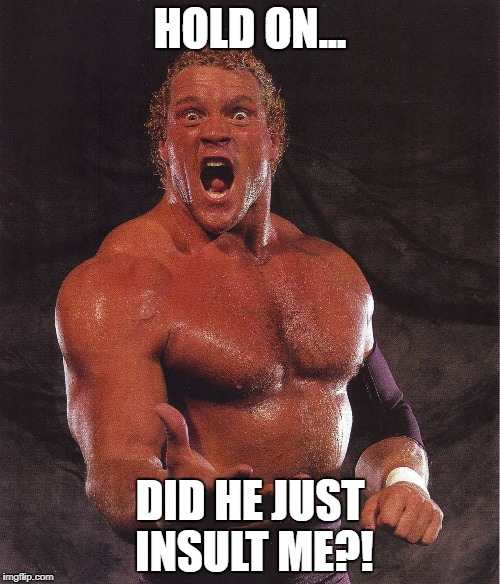 – They started doing “B” shows again, with most of them drawing less than 1000 people, but it’s all sponsored by local charities so they’re not out to make money on them anyway.

– USA Network signed the WWF to a new contract running through 1995.

– The tagline for Survivor Series, “Don’t settle for cheap imitations”, is a direct shot at WCW for running the Battlebowl PPV a few days beforehand.

– And finally we finish in a quiet week in WCW, where Dave notes that everyone is going on a tour of Europe until 11/7, so “nothing major is going to be happening until the Clash.”  (Yup.  NOTHING MAJOR is happening on that tour.  I mean…what could POSSIBLY happen on a random tour of Europe?  Certainly nothing MAJOR.  Yup, I’m pretty sure next week’s issue is going to be uneventful and quiet.  Nothing major.  Yup.)