Wait a minute! This was supposed to be at the L.A. Coliseum! Vince must have hired Special Ops to keep the venue change so tight-lipped. Read on!

Willie Nelson sings the American national anthem. I’m surprised the IRS agents were not hanging around ringside ready to garnish his WrestleMania check right there.

While Monsoon welcomes us to the broadcast, the Los Angeles faithful chant “U-S-A.” At least they don’t believe they live in La La Land, because that movie blows chunks.

Backstage, “Mean” Gene Okerlund interviews Regis Philbin, Marla Maples, and Alex Trebek. Philbin’s enjoying himself but feels intimidated by Earthquake. That’s typical for Southern California. Maples, known for becoming President Trump’s second wife, is “excited” as she will interview WWF Superstars in the locker room. Boy, this story just won’t go away, will it? Meanwhile, Trebek succeeds in confusing the bejeezus out of Okerlund.

From the pink locker room, Mooney interviews Slick with Warlord.

Back in the pink locker room, Okerlund interviews Hart with the Nasty Boys. Knobbs, without hesitation, calls the Hart Foundation, stink and pink. Upon stealing Okerlund’s pocket square, both Nasty Boys blow their noses with it. Ew.

Summary:  Without Bret, this match would have been horrible. On the contrary, I liked how the Nasty Boys failed with the megaphone yet triumphed with the motorcycle helmet.

FEUD REWIND: First, we revisit Superstars when Martel “accidentally” sprayed his Arrogance cologne in Roberts’ eyes. Second, we revisit Roberts’ visit to the ophthalmologist. Third, we see a “blind” Roberts trying to attack Martel on the Brother Love show when he ended up giving Love the DDT. Fourth, we revisit Wrestling Challenge when Roberts spoiled a Martel versus Santana match. Fifth, Roberts cuts a promo backstage on Martel.

Summary:  I realize that Martel and Roberts wrestled night-after-night on the house show circuit, but that would have been preferable to their hijinks here. The first time you see this match, you enjoy it for the entertainment of it. Further viewings make you shudder.

After the match, Roberts removes his mask and destroys the bottle of Arrogance. He then unleashes Damian and drapes him on Martel who scampers away.

In the locker room, Maples interviews the NEW WWF tag team champions–the Nasty Boys—with Hart, Bravo, Earthquake, and the Mountie. Champagne is flowing, and everything is disjointed. Maples, you’re fired.

FEUD REWIND #2: First, we revisit The Main Event IV when Savage attacked Warrior after the title match. Second, we revisit Royal Rumble ’91 when Queen Sherri pleaded to Warrior for a title match for Savage. Third, we see Savage’s interference that cost Warrior the WWF title.

Prior to the next match, Elizabeth sits in the second row opposite the hard camera.

Summary:  Incredible match that told a great story. But if Savage is retired, what happens to Sherri?

After the match, Ultimate Warrior celebrates for the Los Angeles faithful. Upon Warrior’s exit, Sherri gets in the ring, chastises Savage, and kicks him repeatedly. When Sherri rams Savage’s face into the mat, Elizabeth jumps the steel railing and enters to the ring. She then pulls Sherri off Savage by the hair, and tosses her out of the ring.

As Savage gets to his feet, he almost decks Elizabeth. When he questions her intentions, he notices how agitated Sherri is outside the ring. Savage then realizes that Elizabeth came to his rescue. As Elizabeth begins to cry, she and Savage embrace. It’s a reunion and a FACE TURN! Savage then hoists her up on his shoulder as fans at ringside are BAWLING. While they exit the ring, Elizabeth holds the ropes open for Savage, but Savage takes a trip down Chivalry Street and opens the ropes for her instead. Now THAT’S theater.

In the pink locker room, Trebek interviews Demolition with Fuji.

We return to Philbin who interviews Tenryu and Kitao who remain silent. The language barrier proves to be quite the albatross.

We then return to Trebek who interviews Roberts with Damian. When Roberts puts Damian in Trebek’s face, Trebek hightails it.

Summary:  Post-intermission and post-retirement match death slot hurt this one with most of the crowd getting In & Out cheeseburgers. 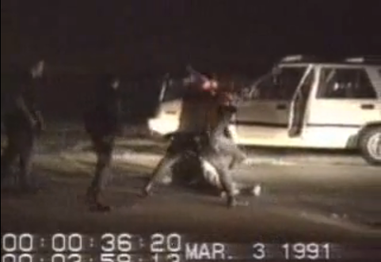 Summary:  Crappy finish to a match that was tailor-made for Bossman to capture the title.

After the match, Barbarian and Haku double-team Bossman while Andre nails Perfect outside the ring. Andre then dispatches both Haku and Barbarian making the latter HIT THE POLE. Afterward, Andre and Bossman shake hands.

After the match, Earthquake attempts another Earthquake splash, but Valentine rolls out of the ring.

Backstage, Mooney interviews the Road Warriors. Hawk informs Roma and Hercules that they’ll become “sour and gory” after facing them.

Summary:  Better in theory than in execution. Methinks this feud isn’t over.

After the match, DiBiase hooks the Million Dollar Dream on Virgil until Piper enters the ring and hammers DiBiase with his crutch. Suddenly, Sherri hits the ring and grabs the crutch away from Piper. DiBiase then clocks Piper from behind and further injures his left knee.

While Heenan disparages Oakland Raiders running back Bo Jackson and compares him to the injured Piper. In the meantime, Sherri busts her ass, and her wig falls off. Oops. After Virgil comes to Piper’s aid and scatters DiBiase and Sherri, he gets on the microphone to encourage Piper to his feet.

We then revisit Superstars when Slaughter burned a “Hulk Rules” t-shirt (aired 3/9, taped 2/19). On the “Patriotism” episode of Legends of Wrestling, Slaughter told Vince that he wouldn’t burn the American flag. Good job, soldier!

In the pink locker room, Mooney interviews Slaughter with Adnan. During the interview, we revisit The Main Event V when Hogan tried to save Duggan, but Slaughter nailed him with a chair.

Summary:  Token appearance for Santana so he could put Mountie over.

Backstage, Okerlund interviews Hogan who vows to regain the title. During the interview, we revisit Road to WrestleMania VII when Slaughter attacked Hogan with the belt. It occurred during Hogan’s match against Adnan (aired 3/17, taped 3/11). Later, Adnan taunted Hogan while Slaughter had him in the camel clutch.

Prior to the main event, ring announcer Howard Finkel introduces Trebek as the guest ring announcer, Maples as the timekeeper, and Philbin as a guest commentator.

Summary:  Much better than anticipated as Slaughter’s psychology and Hogan’s willingness to leave his feet made the extremely predictable outcome entertaining.

After the match, a bloody Hulkster waves the American flag and poses for the patriotic Los Angeles faithful. Incidentally, he wiped the blood off his face with an American flag.

Conclusion:  Well, the retirement match is worth my recommendation alone, but combined with the opener and a solid albeit predictable main event, it’s a no-brainer for suggested viewing.