So last week’s recap was the September 27 issue, but unfortunately I skipped the September 20 issue because it’s mis-labeled as September 29, so it’s CATCH-UP time.  Unfortunately, server issues persist on the Observer site, so it’s a major pain in the ass to access the back issue archives and it’s lucky I was able to get to this one.  Otherwise it’d be 1997 WWF up the wazoo until it’s fixed.  And no one wants that.  Attitude Era, yucky.

– In the lead story, the New York Observer (no relation) published a story that appears to come from the WWF’s PR department, making allegations that someone involved in the investigation of Titan “may have committed legal or ethical violations” in the course of the investigation. The story tried to equate the lawyer in charge of the investigation with the GM lawsuit of a few years previous, where an exploding car investigation was later proven fraudulent.  The lawyer, Anthony Valenti, was supposedly in collusion (Or “in cahoots” as Vince is fond of saying) with a producer from NBC named Len Tepper and together they were sharing privileged info from the grand jury and basically being big meanies.

– Something like that.  NBC immediately responded by laughing off the allegations and basically saying that every company under investigation by the government says that kind of thing.

– Jerry McDevitt actually wrote a letter to the head offices of NBC, alleging that Len Tepper was “acting as an agent of the government” and demanding that he be fired immediately.  (Dear kettle, you’re black, signed the pot.)

– The misconduct alleged by the tinfoil hats in the WWF legal team involved a videotape of Mel Phillips…doing stuff…with ringboys, which somehow ended up in the hands of Valenti and Tepper after an ex-WWF employee had promised to send it to NBC and then changed his mind.  (Maybe he, uh, wasn’t finished with it yet?  Sorry, I have to go scrub my brain now.)

– Anyway, the story in the pro-WWF Observer once again made the claim that steroids were 100% legal until suddenly the big bad government changed the law in 1992 and then WWF instituted a stringent drug policy that ended all steroid use forever in the promotion once they knew.  Because as far as they knew up until then, steroids were LEGAL.

– For those wondering, none of this made any difference to either heartless enemy of the WWF, as the NBC story is proceeding and so is the investigation from the government.

– A week before the biggest show in ECW history thus far, booker Eddie Gilbert has parted ways with Tod Gordon.  Gilbert is expected to return to Tennessee and get involved in state politics.  The big show, called “UltraClash”, has a $4500 advance in the 1000 seat ECW arena, by far the biggest ever for the promotion thus far.

– The weekend of 9/4 was actually the lowest rated in the history of cable TV for wrestling, although RAW was pre-empted for tennis so that’s kind of misleading.  (Maybe it’s a government conspiracy!)

– Current rumor is that AA’s TripleMania II will take place either at the LA Sports Arena or LA Coliseum, in April of 1994.  LA is also a strong contender because Jake Roberts is banned for life from working Mexico due to the angle at the first TripleMania.

– To Japan, where Patriot & Eagle lost the All Asian tag team title to Dan Kroffat & Doug Furnas, likely because Patriot is starting in Memphis soon as “The Spellbinder” on his way to the WWF.  (I think Dave may be mixing up Del Wilkes and Del Rios there.)

– FMW and Michinoku Pro are teaming up more heavily, running a single elimination tournament together for the “Independent World Junior Heavyweight title”, with the gimmick being that one side of the bracket is FMW guys, and the other is MPro, and the winners of each side meet for the title.

– For those who think the Four Horsewomen branding is a recent thing, All Japan Women is promoting “Battle of the Four Horse Women” on 9/18 with Aja Kong & Manami Toyota v. Kyoko Inoue & Toshiyo Yamada.

– To Memphis, where Vince McMahon is basically playing the local heel manager now, bringing in a series of wrestlers to unseat Jerry Lawler week after week.  This week, it’s Tatanka, and crowds are expected to be way down as a result.

– Vince’s wrestling debut was thought to be moved back to 9/20, but now has been moved back again.  But eventually, it’s believed he’ll wrestle.  (Give or take six years.)

– Giant Gonzalez was brought in for a month’s tour in the USWA, but quit after two days of bad crowds and returned home to Argentina, probably for good.  (Yup.)

– As noted, Del Wilkes is in Memphis as the Spellbinder, doing a magician gimmick.  (Del RIOS.  DIFFERENT GUY.)

– Dave notes that if Vince does get busted in the investigation, Jerry Lawler is gonna make out like a bandit on the deal because he can say that everything he’s been saying all these years about Vince was all true.

– To SMW, where Terry Funk came in to help Jim Cornette in his war with Bob Armstrong, triggering a war of words on TV.  Funk noted that Bob’s sons were all bastards and his wife and daughters were all whores, and Bob lost all his teeth due to vitamin A, G and E.  Bob responded that Terry is the only person to ever marry his horse. 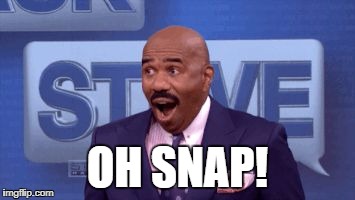 – Global is again blazing a trail, introducing the first heel timekeeper in the form of Bradon Baxter, who is doing an angle where he’s in love with Toni Adams and interfering on her behalf.

– GWF also announced that they have a new policy where anyone working for the promotion will not be allowed to work house shows for any other company within a 75 mile radius outside of Dallas.  Reaction has been mostly guys ignoring it thus far.

– The TV taping scheduled for Crockett’s new WWN promotion on 10/30 has been postponed due to difference of opinion between the people in charge of it.

– A new movie about the life of Ed Wood is being made, and the role of Tor Johnson (the Swedish Angel, a good friend of Wood’s) will be be played George Steele.

– AAA wanted to bring in Scott Putski to work as “American Konnan” for another version of the “American Vampire v. Canadian Vampire” feud that was working pretty well, but Konnan nixed the idea.

– Konnan, by the way, is still unable to get his license back after losing a “loser must retire” match, because the commission is actually enforcing the stipulation despite AAA’s plans to bring him back on 9/24.  They also tried another method…

…but it turns out that the head commissioner is actually a multi-millionaire already and thus their methods of persuasion don’t work on him.

– Louie Spicoli is likely headed in as a part of the flag-waving American crew with Love Machine and Eddie Guerrero.

– To WCW, where the “plan” to make Dustin Rhodes the unified World champion has generated a lot of internal discussion, especially since his headline match with Rick Rude on the last WCW Saturday Night was pretty much the lowest rated episode in the history of forever.  Given that the company lives and dies on ratings, that alone will likely be enough to kill that idea out of the starting gate.

– WCW is simply referring to Leon White as “Vader” now to avoid any further legal entanglements with New Japan after the court case over there.

– More info on WCW’s front row “fans”, aka white faces put there to be front and center on TV.  It’s a mix of Turner executives and actors hired from a local agency, making $25 – $50 to act as extras.

– Although Erik Watts turned heel, they’re just ignoring it and having him work babyface again because apparently they don’t even remember their own angles now.  (All together now:  BECAUSE WCW.)

– The second sold show in Texas, which was to take place on 9/18 at Texas Stadium, was cancelled at the last minute due to a somewhat weak advance.  There was only 35 tickets sold.

– Announcers in WCW are being told to never mention the NWA name again for any reason.  (Them and everyone else in wrestling, AM I RIGHT?)

– The Quebecers won the WWF Tag titles from the Steiners on the 9/13 episode of RAW, in a ***1/2 match that was contested under “Province of Quebec rules”, and ended with the Steiners getting disqualified and thus losing the belts.

– Lex Luger is still in the hospital with a back injury, and no word when he’ll be out until.  (Hopefully while he was there, someone dislodged whatever was in his throat that kept causing him to CHOKE.)

– The Dallas-based SMG did a survey of most and least favorite sports in America, and you’ll never guess what finished in dead last to claim the title of Most Hated Sport in the country. 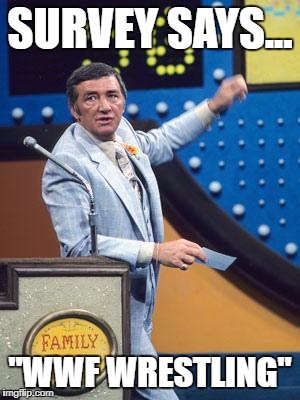 (And people wonder why Vince is so touchy about this stuff.)

– And finally, Ludvig Borga is a tad annoyed with the WWF booking crew, because he requested the entire month of October off for a tour with New Japan that had been previously agreed upon.  And then of course he was booked for the WWF for the entire month anyway.  However, the story going around is that last time Borga was in Japan, he got into a bar fight with Scott Norton and laid him out with three punches (although Norton claims to have been in no condition to perform at the time) and if Borga had been allowed to go on the tour, there would have been a rematch contested at some point during the tour. And basically neither WWF nor New Japan was particularly interested in facilitating that.  (Perhaps they should find a way for people to do these kind of real fights in an environment where it can be contested as a sport.  A fighting championship, if you will, where the winner can call themselves the ultimate fighting champion.  They can call it Brawl For All.)