Damn, if you thought Summerslam 93 was exciting, you ain’t seen nothin’ yet, because it’s time for THE ANNUAL NWA CONVENTION!

I wonder if they’ll ratify any new bylaws?  OOOOOOO, the suspense is killing me!

– Dave recaps the saga of the NWA in the past couple of years to start, with Flair leaving for the WWF and yet still being recognized as NWA champion until getting stripped of it, leaving the organization with no champion until the Chono title win in 92.  At this point the NWA was just a paper promotion, but Dennis Coraluzzo started actively demanding dates from the champion.  The week before the convention, with ECW and SMW both applying for membership, all of the WCW-affiliated members quit the NWA, readying for WAR.  (The battle, not the Japanese promotion, I should note.)  Also, Seiji Sakaguchi didn’t show up to pay his dues, so New Japan is no longer part of the NWA, although they had decided months ago to pull out, as soon as Muta did the job to Windham.

– The actual “convention” was five people:  Jim Crockett, Dennis Coraluzzo, Steve Rickard, Paul Heyman and a lawyer. No real decisions were made on anything and no new President was named, but Tod Gordon was accepted as a member, while Cornette was rejected on the grounds that he’s currently managing the WWF champion. However, if he agrees to recognize the NWA champion in his own promotion, the application will be accepted, and Cornette will likely agree to that.

– The main order of business was dealing with the upcoming “NWA” World title switch at Fall Brawl, since the NWA wants Flair as champion and WCW wants Rude.  They will send a proposal to WCW asking that Rude drop the title shortly after winning it to a person of the NWA’s choosing at an NWA house show. However, back when Windham won the title, Sakaguchi actually sold the physical belt to WCW, so they now own the NWA World title belt. With the “NWA” name being dropped by WCW, most believe they’ll just do a quickie unification and go back to having one World champion, with the name pushed hardest for the spot being Dustin Rhodes.  (Who never did actually get to be World champion in the rest of his career, oddly enough.  And yet Baron Corbin…oh yeah, I forgot…BWHAHAHAHAHAHAHAHAH!)

– From the NWA side, the names they want as champion are Terry Funk, Hawk or Ted Dibiase, and they’ve got contract offers drawn up and everything if it happens. 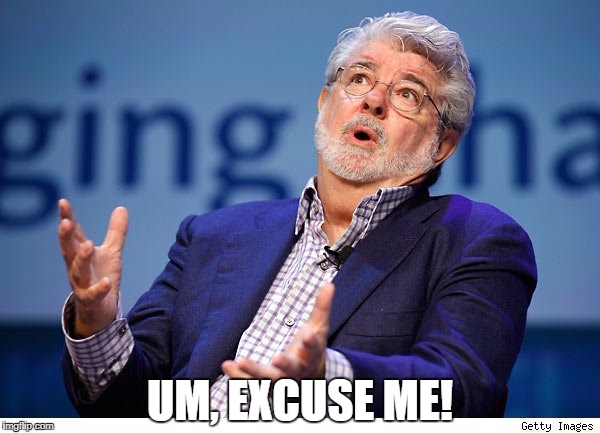 Exactly.  However, specifically calling someone “Big Van Vader” CAN be trademarked, so UWFI can’t have that one. Hence, Leon White will be going by Super Vader on UWFI shows from now on.

– Meanwhile, Vader and WCW are also having legal troubles, since Vader never actually signed his giant contract that was agreed upon months before. Working for UWFI appears to be the snag. WCW wasn’t particularly concerned when he first started working there, but now that they’re planning on running a US PPV in October, that’s competition.

– More on Terry Gordy:  He’s back home in Tennessee, but he’ll be in Japan for the tag tournament in November.  He was unable to be revived on the airplane when it landed in the airport, and nearly lost his job over it before Dr. Death stepped in and saved it.  Doc also got Gordy’s shot at Misawa for the Triple Crown on 9/3 at Budokan, getting pinned with a Tiger Driver in the end.

– Ted Dibiase’s All Japan debut saw him and Stan Hansen win the PWF/International tag titles from Kawada & Taue, as expected.

– Also as expected, Matsunaga debuted for FMW and attacked Onita, teaming up with Onita’s rival Mr. Pogo and setting up tag team matches for the next tour.

– To the USWA, where sadly Vince McMahon did not wrestle Jerry Lawler, but instead did another heel promo, this time building up the Lawler v. Giant Gonzalez main event.  Crowd was way down for that one, unsurprisingly.

– Also, Vince McMahon is being completely edited out of the syndicated USWA shows that are sent to the various TV stations outside of Memphis.

– Lex Luger injured his back against Shawn Michaels on 8/31 at the TV tapings, and was rushed home for emergency care.  No word how long he’ll be out.  (Maybe he threw it out from choking so hard.)

– Summerslam is projected to do between a 1.1 and 1.3 buyrate, which is 35% down from last year and has to be a major disappointment. This tells Dave that just because RAW is a big TV hit doesn’t mean people are buying the PPV.

– The Steiners worked the TV tapings without the tag belts, by the way, so expect them to lose the belts to the Quebecers when RAW returns with the 09/13 live episode.

– Steve Lombardi was repackaged again, this time as MVP, a baseball player with a painted face.

– The Texas Hangmen failed their tryout.

– Sabu was supposed to get a WWF tryout at the tapings, but was in Japan at the time and couldn’t make it.

– Doink the Clown is indeed turning babyface as of the latest tapings.

– The WWF magazine actually acknowledged the departure of Ted Dibiase, but pretty much buried the character by noting that in fact he wasn’t a millionaire any longer due to some bad investments.

– Over to WCW, where Sid walked out on a TV taping in Dothan, AL, because they wanted him to take a mandatory drug test and he refused. Luckily, they worked things out, because Sid was all over the TV that was already taped at Disney.  (Man, can you imagine what a disaster it would be if Sid got fired after they already taped weeks of television featuring him in a prominent position and advertised in the main event of a PPV?  Well, good thing we don’t have to worry about THAT specific scenario ever occurring again!  I mean, what would be the odds?) 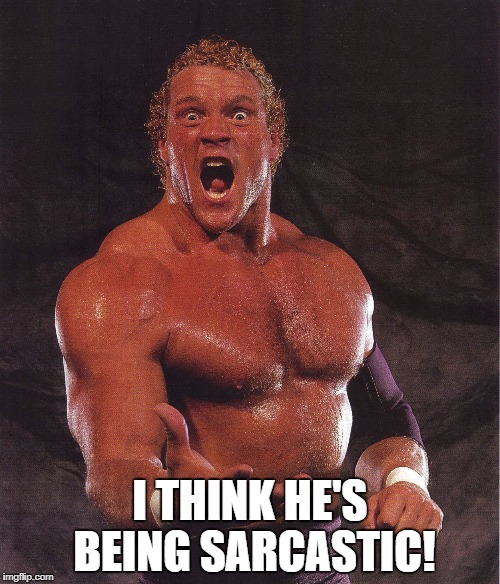 – Dave is also shocked, SHOCKED I say, that all the results of the drug tests are in and no one has been suspended or disciplined in any way.

– Power Hour showed the Starrcade ‘87 cage match where Dusty Rhodes beat Lex Luger for the US title this past week.  (Wouldn’t replaying the Sting-Luger title change be more effective?)

– Cactus Jack did a promo retconning away the amnesia angle, saying that it was all a lie and they weren’t even his wife and kids, because he was “playing mind games” with Vader and Race.  (AKA the Vince Russo “get out of jail free” card.)

– And finally, Shane Douglas did yet another embittered interview about his time with WCW, once again blaming Ric Flair and nepotism for derailing his push.  He also claimed that drug use and homosexuality is rampant in the WCW locker room, and said that he’s NEVER leaving his teaching job to return to wrestling again.  Aside from working part-time for ECW, of course.