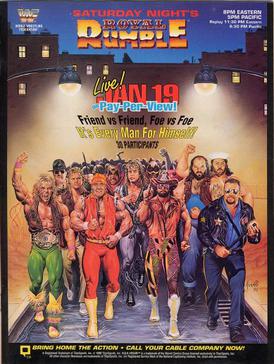 Patriotism! Xenophobia! Hypocrisy! Get it all here!

Match 1: The Rockers versus the Orient Express (w/ Mr. Fuji)

Summary:  Fantastic tag match that showcased all four wrestlers’ abilities. If Tanaka hadn’t used an extended rest hold to fill time, this could have been rated higher.

From the locker room, Sean Mooney interviews “Macho King” Randy Savage. Supposedly, Slaughter offered him the #1 contender slot should he win the title tonight. With a poster of the L.A. Coliseum in the background, Savage takes exception to Mooney’s question about a potential offer from Warrior. 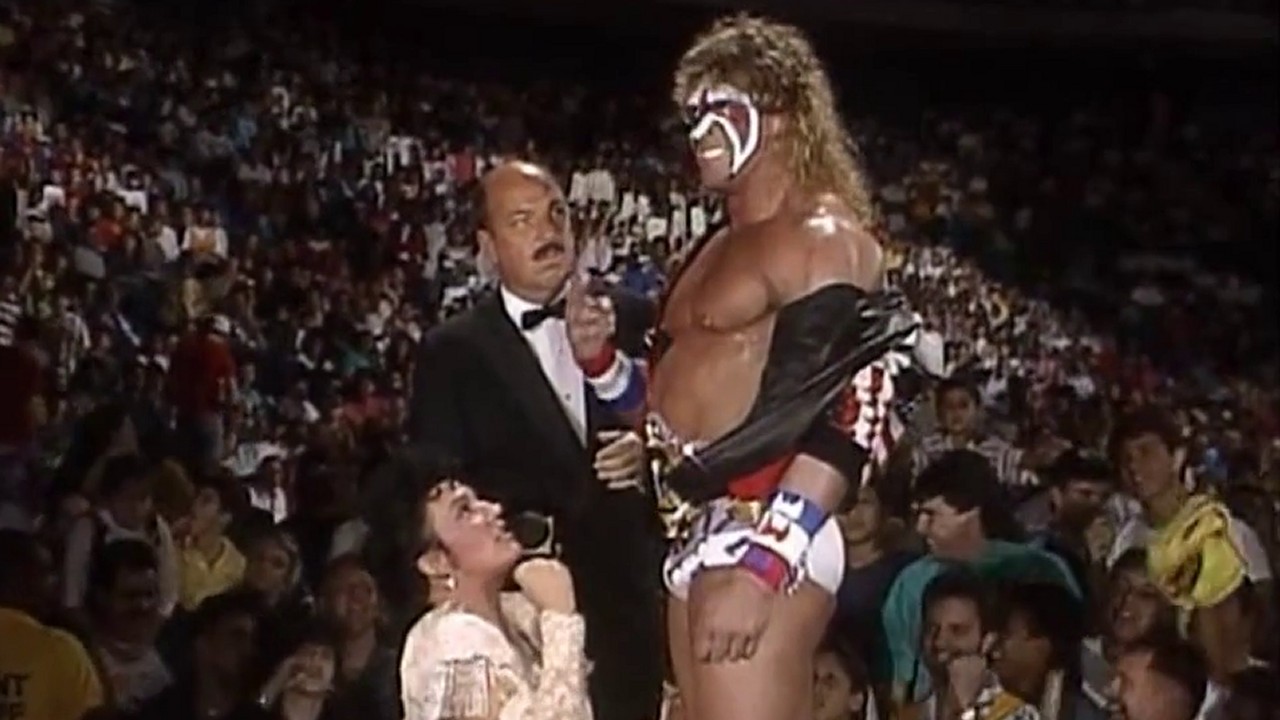 Match 2: The Big Bossman versus the Barbarian (w/ Bobby “The Brain” Heenan)

Summary: While this was standard WCW Saturday Night fare a few years later, Bossman’s transformation from his Twin Towers days was inconceivable. I bet he was under 300lbs.

Back in the pink locker room, Mooney interviews Slaughter with Adnan. Who actually thought it was a good idea for Adnan to speak Arabic?

No, unfortunately, it wasn’t Ole this time around.

Slaughter then refers to Warrior as the “Ultimate Puke” and notifies him that his “seconds” are numbered.

Summary:  Historical title change as the Warrior era comes to a crashing halt. With the Persian Gulf conflict in full force, the heat for Slaughter’s upset victory is NUCLEAR.

As the Miami faithful chants “Ho-gan,” Warrior exits the ring and chases after Savage. A proud Slaughter then holds the WWF title belt while gloating to the jeering Miami faithful. 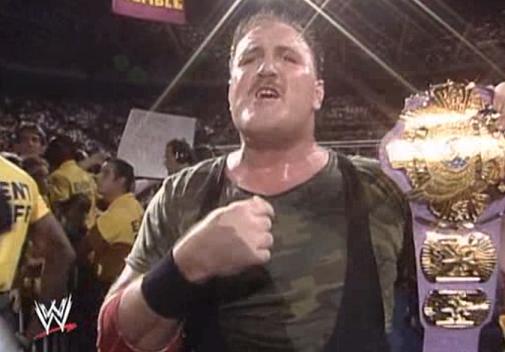 Match 4: The Mountie (w/ Jimmy Hart) versus Koko B. Ware

Back in the locker room, Mooney interviews a delusional Savage, but a loud knock on the door sends the King and Queen frantically scurrying.

Next, some of the Miami faithful send their wishes to the troops from outside the Miami Arena. 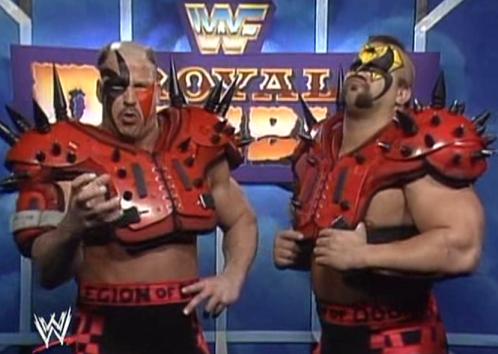 Back in the pink locker room, Mooney interviews DiBiase with Virgil. While DiBiase states he “bought” a partner, Virgil has a disdainful look on his face. DiBiase should have probably read the 13th Amendment before he said that.

Summary:  Awful match that ended up being the swan song for Dusty as an active wrestler. Following this match, he took a front-office position with WCW.

After the match, DiBiase gets on the microphone while the Miami faithful chants “Vir-gil.” He then demands that Virgil grab the Million Dollar belt and place it around his waist. When Virgil enters the ring, he throws down the belt in disgust. DiBiase then berates and instructs Virgil to pick it up. As he retrieves the belt, Virgil WALLOPS DiBiase with it to a raucous ovation. He then spits on the belt and tosses it atop the fallen DiBiase. Excellent face turn! Backstage, Okerlund interviews Hogan who dedicates his impending victory in the Rumble match to the troops before getting infuriated over Slaughter. During the interview, Okerlund mentioned that Hogan will travel around the American military bases to offer moral support.

Summary:  Worst Rumble match thus far in its short history. There were far too many dead spots and wrestlers in the ring to tell a good story. Having said that, Hogan won for the second consecutive year sending the Miami faithful home happy.

After the match, Hogan holds up a sign that reads “Peace in the Middle East.” Good luck with that, Hulkster. He then grabs a sign that states “Saddam and Slaughter will surrender.” Following that, he grabs the American flag, waves it, and poses for the Miami faithful. 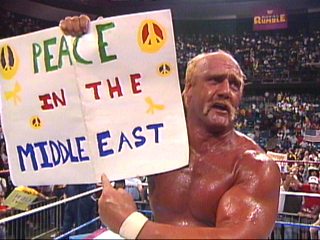 Conclusion:  With the Persian Gulf conflict happening overseas, the WWF milked patriotism as far as it could and also exploited the conflict with Slaughter’s turncoat character. While it’s one thing for a character to say certain things, it’s another to publicly deny you wrote them for him. Although the antagonist (Slaughter) won the title via nefarious means, the protagonist (Hogan) overcame tremendous obstacles by winning the Rumble match. Methinks our WrestleMania VII main event has materialized.

As far as my recommendation goes, the opener is worthwhile plus the title match has an historical and memorable finish. On the other hand, if you’re not a fan of Hogan, don’t watch the Rumble match as it may cause indigestion. Comments? Suggestions? Send them to me at [email protected]targary.com and follow me on Twitter (@rockstargary202). Also, please check out all of my reflections at rockstargary.com.