Same intro but Manson’s gone (yay!) and been replaced by Don’t Question My Heart by Saliva. It’s an early version of the song though and sounds like The Deftones are belting it out. The proper version stuck around for years and was very hummable. Even Mike Adamle used the ”don’t question my heart” line in a promo and you know Adamle’s high standard.

We’re live in the University of South Carolina and Armando makes the opening match an Extreme Rules Match because he has a hard-on for Dreamer.

The plunder is already in the ring but Dreamer tries to slam V. Aye, well done Tommy. He tries to use a kendo stick but V grabs it and snaps it in half. Striker shouts orders at ring-side as V hurls Dreamer into a shopping trolley in the corner. V misses an Avalanche so Dreamer goes for a table. Striker distracts him so V can regain the advantage. Striker also takes the time to tell some fans chanting ”E-C-W” to not bother. He’s found his niche as a manager. Dreamer bangs a trash-can over V but he just pounds his chest and Samoan Drops Dreamer through the table to win.

Winner: Big Daddy V (90% squash which is how I like my V matches. On paper it looked like a fair right with the Innovator of Hardcore able to use weapons but like Ambrose vs. Lesnar it wasn’t.)

Coach and Vince are still looking for a bastard. Coach brings up one time Vince had an encounter in a New York bathroom in the 70s (”how the hell do you know about that???”) and brings out the possible son, Balls. Vince argues why this can’t be the case before shouting ”I HAVE NO BALLS.” Ten years later, Vince is still laughing.

Big pop for Balls. ”I can’t remember if I was in the ring with Balls, I may have tried to remove that memory from my mind.” They take a long time to feel each other out as Balls soaks up the cheers he’s getting from the an arena chanting Carolina college stuff. Eventually Burke works over Balls’ arm with kicks. Balls misses a charge so gets his leg smashed across the ring post. Outer Limitz Elbow gets two and there’s not a lot to this match, it’s mostly been Burke working over Balls. I’ve checked a bunch of tweets and come back to see Burke still in an armbar. Balls makes a comeback, misses an elbow, Burke goes back to it. Burke misses a charge and Balls gets a schoolboy to win.

Winner: Balls Mahoney (There was nearly nothing to this and after the big pop for Balls, the crowd spent the match chanting things to amuse themselves. Burke had an off-day, going from limb-to-limb before remembering what the fuck he was supposed to be doing.)

Backstage, Balls bumps into The Miz. Three Balls segments in a row? I like the guy but Jesus. I’m not going to type out the dialogue when you can switch your TV on and see Doctors or Family Affairs, but Kelly waves to Balls as they leave so there’s still something-resembling-tension.

Recap of Stevie going 3-0 on Thorn with a moody vampire backstage ready to talk to Styles. But Stevie attacks in revenge for Thorn’s beat-down two weeks ago! Security stops it.

Coach has another shot at guessing who McMahon’s kid is, given his middle initial. In walks CM Punk. ”Straight-edge? There’s no way he’s my son!” which Punk retaliates with ”You’re right, there’s no way I’d have unprotected sex with some dirty skank!” That’s not what we’ve read, you cocklurcher.

CM Punk & The Boogeyman vs. John Morrison & The Miz

The historic first teaming of Miz & Morrison who improve the brand exponentially in 2008. Miz and Punk go at it until Punk tags Boogeyman in so Styles gets to shout ”Meet The Unreal World!” Boogeyman scares the girls and we go to break. When we’re back, Punk is calf kicking Morrison. Boogeyman sadly tags in and Morrison makes sure to simply kick him rather than do anything complicated like last week’s car wreck. Punk gives Boogeyman instructions (which could have been a shoot) and we get Morrison’s weekly show-off move:

Miz is tagged in but has to be thrown into the ring to tackle Boogey. Boogey blocks a kick by Miz and tags in Punk who punts him in the back of the head. Nice double-teaming. Punk tries to jump off the top but Morrison sends him flying into the entrance way. Morrison shows us some flashy neckbreaker/backbreaker combos but they only get two. Rough clothesline by Miz and we get a chinlock. Miz and Morrison bust out Super Dragon and Excalibur’s ”hold the dude across your knees while the other dude flies off the top” double-team. More chinlocks as a crawl tells us Raw will be on Sci-Fi next Monday. Another dog show? Crowd chant ”Miz is Dreadful” as Punk makes his comeback kicking and slamming everyone to make the tag to Boogey, but Morrison dumps him into the ring steps so Punk dives out of the ring onto him. Back in, Punk collides with the springboard clothesline and knee/bulldog. HE’S ON FIIIIRE. Morrison waits until Punk has nailed Miz with the GTS before giving him a step-up enziguri and finishing with the Corkscrew neckbreaker.

Winner: John Morrison & The Miz (Solid main event. Not amazing but everybody not named Boogeyman would get better, especially the future Tag Team Of The Year.)

Immediate and thorough feel-out process ends with Punk getting a springboard dropkick to Morrison on the apron. JoMo shrugs it off and brutally neckbreakers Punk off the apron.

”Not a nice way to spend a Sunday Night!” Chinlock helps Punk remember where he is. Punk counters a charge in the corner with a sunset flip, Morrison shrugs it off and slingshots him into the corner where Punk counters THAT into a springboard crossbody. Punk lands the running knee (no pop) but Morrison halts the bulldog trying for a backdrop but Punk lands on his feet and nails an enziguri for two. Quick powerslam also gets two and I think one of the problems of their PPV matches has been they’re way too competitive. Punk in 2007 is best at over-coming the odds, not going toe-to-toe with his opponent. Otherwise the crowd doesn’t care much about the action because they don’t care about the guy. Punk lands a rare moonsault, crowd goes ”oh”. Morrison gets crotched so Punk clotheslines him off. Morrison blocks a frankensteiner off the top and uses the ropes to win in a completely flat finish.

Winner and still ECW Champion: John Morrison (The match was nearly all Punk until the finish and the crowd responded with boredom. And why wouldn’t they? Neither man did a damn thing to get the crowd into it and compared to their work on ECW on Sci-Fi, both men wrestled like out-of-their-depth indie guys. Maybe they get thrown off because the crowds are into them like on TV but so far their PPV matches have been meh.)

Overall: Well if things seem a bit messy right now just wait until the news that breaks next week involving Sports Illustrated and a big pile of drugs and a certain someone. 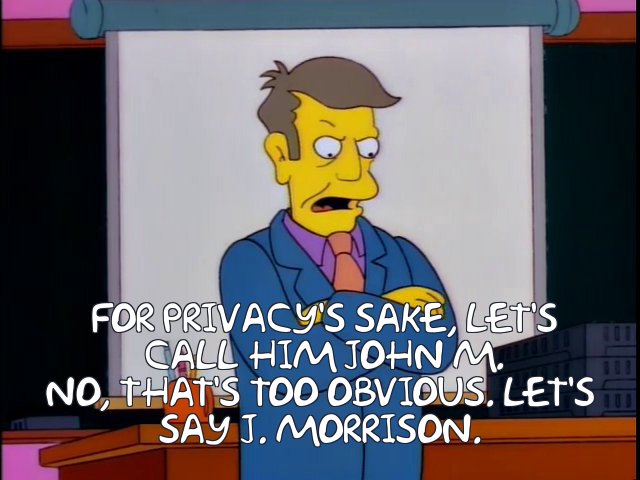