Your breadth and depth of knowledge of the history of the WWE including its forgotten obscurities, as you highlight in your articles, is impressive. That being said, I was surprised to read the following: Warrior was stuck with dead weight like ice-cold heel Dino Bravo or career midcarder Rick Rude for his opponents.

Granted the Ravishing One did not become world champion in his WWF tenure, but to describe him as a midcarder is erroneous. His feud with Jake Roberts is one of the most notable and famous feuds in the WWF of the late eighties. Granted, it did not involve a title, but I would not classify it as mid card filler at the time. When he challenged Warrior, he was a legitimate contender. He defeated Warrior for the IC title at WM V, in what was the second to top match on the card. He also feuded with Roddy Piper. None of this speaks of a mid-carder. Awaiting your explanation. 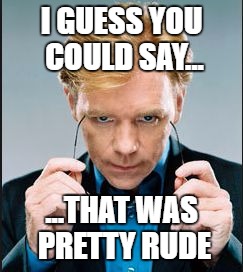