OK, the world is in turmoil now that Bret has won the WWF title, so let’s get to the fallout!

– First up, the Survivor Series card has been turned UPSIDE DOWN.  The main event is now Bret Hart v. Shawn Michaels for the WWF title, although the Warrior & Savage v. Flair & Ramon tag match is still a go.  Dave thinks this one is gonna be a tough sell.  Both Bret and Shawn are so associated with being midcard wrestlers at this point, that trying to get people to buy a show with them on top is a challenge to say the least.  Plus PPV in general is on a “rapid decline”, along with the WWF’s house show and ratings numbers.  (I still really disagree with this whole “PPV is in decline” thing.  The problem was that they didn’t have shows that people wanted to see, not that PPV was dying already.  It’s that same kind of circular logic that led to the WWE Network destroying WWE’s PPV business for the past few years.)

– Meanwhile, Ric Flair is injured after a serious nerve problem in his ear due to an errant punch from Warrior.  He was dizzy and had to work most of the title match with Bret on the mat in order to avoid taking big bumps. 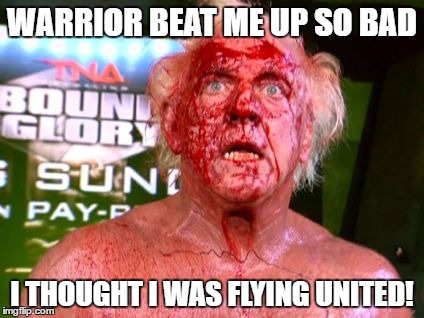 – Flair worked a show at the Nassau Coliseum, but his future is up in the air at the moment.

– So with all the turmoil and injuries, WWF ended up cancelling a pair of house shows, in Rochester and Binghamton, mostly because advances were pathetic.  Also, a show in Portland with the amazing main event of Animal v. Razor Ramon on top was cancelled, but then Animal was injured anyway and you’d have to disappoint all those people who paid to see that match.

– Hogan did meet with Vince about returning, but no deal is signed as of yet.

– As expected, the Natural Disasters did drop the tag team titles to Money Inc. in Regina, Saskatchewan, on 11/13.  (Shoutout to James Kalyn!)  The title switch was preceded by the Nasty Boys turning babyface, and Typhoon was attacked by the debuting Headshrinkers to cost them the match.  Although the Bret Hart title win WAS acknowledged on TV this past weekend, the tag title switch was NOT, so figure out the logistics on that one yourself.

– Dave thinks it’s a bad move to keep the Hart title win off TV, because most people see him as midcard and showing his big moment on TV would go a long way towards convincing them otherwise.

– The problems between the Steiners and WCW continue, as they’re basically done now.  Rick is out with a major muscle tear until after their contracts expire, and Scott is of course TV champion but was immediately removed from all the booking sheets after winning it.  Scott was scheduled to work the 10/14 TV tapings in Dothan AL and drop the title again, but he SHOCKINGLY developed an injury and is medically unable to work for three weeks.

– That being said, after Bill Watts told him that his heelish acts were just to “shake things up” and make TV more spicy, Watts specifically edited the TV shows to make Scott seem like he turned heel, which was exactly what Scott didn’t want to happen.  As well, Watts wants to break them up and feud them with each other, and that’s a no-go.

– Dave thinks that if they can’t get the TV title off him, they should just eliminate it because it saves them the embarrassment of a tournament and they have too many belts already.  Also, why you be so stupid as to put the title on a guy who has a career history of not doing jobs and who made no secret about being unhappy with only a month left on his contract?  (I’m gonna go with…BECAUSE WCW?)

– Halloween Havoc update:  They will in fact only air seven matches, so everything should get time.  Dave thinks it’ll end up being a better than average show.  (Just like that guy thought he’d get to fly home on United Airlines…)

– WCW Magazine actually has a totally different preview for Havoc, showing how chaotic the booking is, with a semi-main of Gordy & Williams defending the tag titles against the Steiners listed.  In fact the Steiners were originally scheduled to win the titles back there, and shit got changed.  Plus there was also supposed to be Steamboat v. Austin for the TV title, plus Cactus Jack v. Dustin Rhodes in a falls count anywhere match.  (Would have a shit-ton better than what we got, that’s for sure.)

– Dave has a hot take from Mexico:  “Some US promotion should bring in Eddie Guerrero.  Forget the size.  The guy is incredible.” 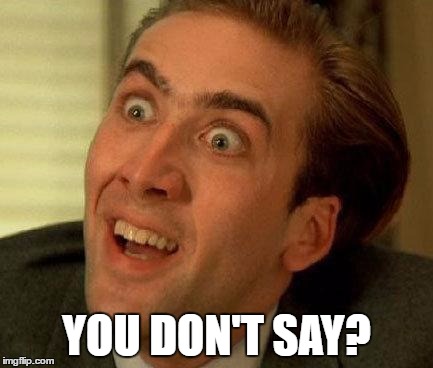 – Funny angle in Memphis, as Richard Lee brought out a mystery masked Moondog named “King Killer” to destroy Jerry Lawler.  He teamed with the Moondogs against Jeff Jarrett & The Bushwackers, but turned on his own team and unmasked as…Jerry Lawler.

– Dave is greatly amused by the SMW angles that Cornette is running for TV, like the Rock & Rolls bringing out a picture of “Mama Cornette”, which is of course a bloodhound in a dress, or Ron Garvin cutting up Paul Orndorff’s robe and calling it a “smoking jacket”.

– A really neat gimmick match sees a battle royal where fans bet on the outcome by putting their name into a box representing whoever they want to win, and then if that guy wins they pull out a name at random and the fan gets a prize, like a VCR.  (Today WWE would probably wait until the smart money was in and then swerve the finish to mess with the fans.)

– The Sportatorium had an amazing 3000 people in it for the most recent Global show, although all free, so…yeah.

– Butch Reed’s return to the GWF last week, after his “lifetime suspension”, was because they promised that they’d pay him all the money owed.  So he showed up, they didn’t pay him, and he’s gone again.

– London Publishing, parent company of the “Apter Mags”, is expected to sell their collection of magazines to a Pennsylvania based company this week, which will probably mean major upheaval for all the titles published.  (Yup, it was sold to Kappa Publishing and I believe they fired a lot of people.  That being said, they’re still publishing it to this day, so it was a successful strategy.)

– To the WWF, where Matt Borne will be known as “Doink the Clown”.  He’ll be a heel.

– To emphasize how much of a new style that the WWF is employing, with a more realistic product, they began a feud between Harvey Wippleman and Howard Finkel at the last TV tapings that led to a Kamala match where Undertaker magically appeared in a coffin and caused Kamala to run away and be counted out.

– Dave thinks that the Bob Backlund vignettes are great, but now they’re gonna have to actually push him.

– Mountie is talking about leaving right away.

– Sid is apparently in possession of his release from Titan as of last week.  Japan is the most likely destination.  “And they’ll be sorry as well.”

– All future WWF house shows are to be promoted as “ICOPRO presents the World Wrestling Federation.”

– ICOPRO, speak of the devil, was reviewed in a supplement buyer’s guide and the review basically called the whole thing a huge scam filled with double-speak like “integrated conditioning”.  Essentially the con is that you detail a strict workout program, of which “ICOPRO” is a small part, and when working out like a banshee gets results you say “See, it was the ICOPRO!”

– The whole Animal & Crush team is off the books now.  Animal and Hawk did not split on good terms, to say the least, and Hawk was seen hanging around backstage with WCW and looking like he took all of Lex Luger’s ICOPRO.

– To WCW, where this week’s Center Stage tapings were pretty much the Erik Watts Show.

– A new cowboy team of Tex Slazenger & Shanghai Pierce debuted at TV, and Pierce looked really good, even though you could clearly tell it was just Mark Canterbury.

– After all of Bill Watts’ big talk about no more no-shows, EIGHT GUYS no-showed the last Kansas City show, which pretty much gutted the card.

– Paul E. Dangerously is in a “tenuous position” at the moment for reasons having nothing to do with his talent.

– The upcoming WCW entrance theme record will be called “Slam Jam” and it’s the same guys who produced the Badstreet USA record.

– And finally another HOT TAKE, as Dave notes that he got a chance to watch Erik Watts wrestle this week, and although he’s athletically OK, he’s nowhere near ready for what they’re pushing him as.