Wait a minute, it appears that Dave’s proclamations about Sid Vicious leaving WCW may have been premature.  Let’s explore this.

– The problems between Sid and WCW appear to have been worked out.  After giving notice last week, Jim Herd went into emergency negotiations to keep him around, and now all the top brass are calling it a “done deal” that Sid will be sticking around.  Although Dave did some digging and no one can actually confirm what the supposed terms of the contract are, or when he agreed to them.

– The shoot between Koji Kitao and John Tenta is turning into a major deal in Japan.  Kitao has been fired from SWS, which Dave calls the end of his short and controversial wrestling career.  The problems stemmed from Kitao being booked against someone who he considered to be way below his level as a sumo (which he was) and thus way below his level as a wrestler (which in Japan, might be fair). So by Kitao’s reasoning, he shouldn’t have to do two consecutive jobs to him.  There’s a certain logic to that, but NO ONE liked Kitao, including fans and the office and the locker room, so this was considered something of a way for him to pay his dues and earn respect.  (So much for THAT…)

– So Kitao was grumpy about everything from the start, and went into the match being extremely uncooperative with Tenta, and Tenta getting confused as a result.  The ref tried to get them to lock up, and Kitao gave him a shoot kick.  So the ref DQ’d him to end the “match” and Kitao grabbed the microphone afterwards and called Tenta a “faker”, that wrestling was fake, and that he wasn’t doing any more jobs. 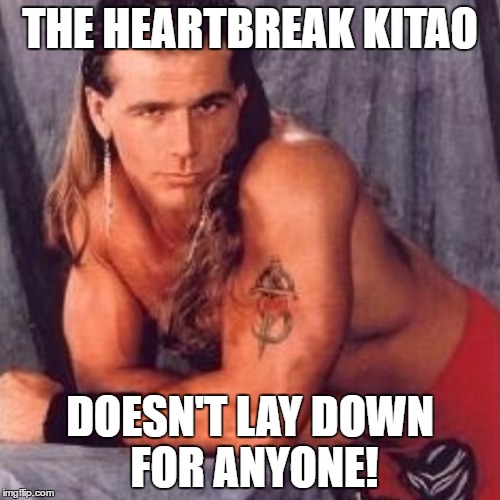 – All the wrestlers FREAKED OUT and demanded that owner Tanaka fire him immediately, but in fact the owner had been “kay-fabed” by Tenryu all along and didn’t understand why it was a big deal to reveal a finish and call it fake.  And now with Kitao out of business, there’s fear he’ll go to the newspapers and blow the lid off the secret world of pro wrestling in Japan. 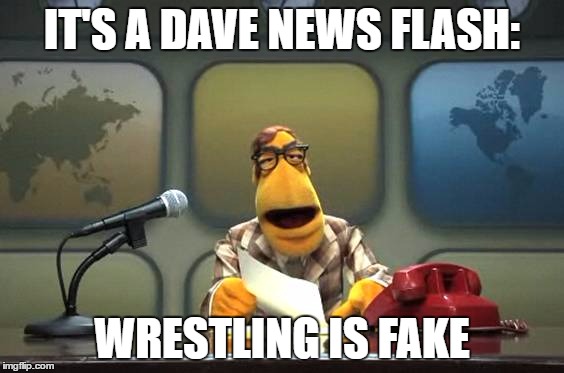 – It should also be noted that Kitao was threatening Tenta with some BAD NEWS after the “match” and Tenta didn’t back down at all, which earned him major street cred with the locker room.

– A major story in Canada at the moment is the Manitoba Athletic Commission’s overcharging of various wrestling promotions for taxes dating between 1982 and 1988.  The people who discovered the error also ruled that they don’t have to pay it back.  (Man, the government, don’t even get me STARTED.)  As it turns out, the taxes were charged as a result of an amendment to the rules in 1982, but it was never technically published in the Manitoba Gazette and thus was invalid.  Initially the WWF didn’t really care about the issue, but then suddenly turned around a week later and starting withholding tax money for shows they had run there. Turns out that the commission was letting indy promotions run shows without paying those taxes, so the WWF was kind of rightly annoyed that they were being singled out.  And then this triggered ANOTHER controversy, since the commission was taxing the closed-circuit viewing of Wrestlemania VII and the WWF was like “What the fuck is up with THAT?” and protested to the CRTC because why does the athletic commission need to tax what is essentially a TV show?  (Some shockingly good points from the WWF on this one.)

– Dave hasn’t seen the PPV broadcast of the New Japan supershow yet, since his cable company aired it at the same time as WCW Saturday Night, but it’s getting crazy good feedback thus far.  They edited in a press conference at the end (which the real press was banned from) where Flair stole the belt from Fujinami to set up the rematch at SuperBrawl.  That being said, any press over the controversy in Japan has died off because everyone is all about Kitao at the moment.  (Man, even the joint WWF shows screw over the joint WCW shows!)

– WCW ran the Meadowlands again, after the WWF gave them an ultimatum to ban WCW OR ELSE, and Dave is well aware of what the long con here is.  Basically the WWF issues the ultimatum, WCW runs tons of shows and shoots themselves in the foot to the point where they draw flies by the end of the year, and then Meadowlands comes crawling back to the WWF again in short order.  (Yup, yup, and yup.)  So it’s pretty much win-win for the WWF to just let baby WCW have their bottle, because once they inevitably burn bridges with the Meadowlands, there’s nowhere else in New York to go and Vince will have 100% control of the market again.  (I’d like to say there was a twist ending, but there wasn’t.)

– WCW’s first show since this went down drew 4800, which isn’t a disaster for them, but still well below what the worst WWF house show would have drawn.

– Back to the WWF/SWS disaster, as basically half of the Tokyo Dome was filled with free tickets in order to project the image of a sold out show.  In fact, a whole bunch of people who showed up on the day of the show with free coupons got near-ringside seats for free because they hadn’t sold.  They also tried to give away tickets to the Armed Forces, but they literally couldn’t give them away.

– The PPV buyrate for Wrestlemania is becoming quite the fight as well.  Turner Home Entertainment insists that it’s 2.8, but the WWF says that’s way low and it’s at least a 3.5.  However, within the company, people are saying that the 2.8 is legit and the Tyson-Ruddick fight really killed it.  Dave thinks that they should also take the hint that $30 is too damn expensive for this show.  That being said, PPV and merchandise sales are the future of the business, and even if the live business continues to flatten, they’ll be able to make millions of dollars per year off PPV, although not to the ludicrous degrees that wrestling companies seemed to think when it launched.  The theory at the beginning was that the “universe” would increase exponentially as more homes got PPV, but now it’s apparent that there’s a set number of wrestling fans out there who will buy these things and adding more homes doesn’t mean automatically adding the same percentage of buys.

– Konnan has been telling Mexican media that he signed a two-year deal with the WWF and will be coming there with the company soon as part of a WWF tour of Mexico.  And he’ll be bringing “lights, rays, lasers and robots” with him.  Kind of like this… – In the wake of the Kitao thing, Tenryu has given his notice to SWS, but no one is taking it seriously, because COME ON.

– The USWA title situation continually becomes more ridiculous, with title changes happening differently in Memphis and Texas with no organization.  (Man, that bus plan sure went down the tubes fast, didn’t it?)  Titles are held by different guys in different places, like the Texas champion is Eric Embry in Memphis but Bill Dundee in Texas.

– Jerry Lawler has been saying every week for about a month now that it’s his last week before he takes months off to heal up injuries, but he still works every night with no end in sight.  (And he’s still working!)

– Jarrett is happy with the new smaller building, since crowds are even worse than the Mid-South Coliseum but the rent is cheap so they’re making money.  Artist’s rendition of Jerry Jarrett: 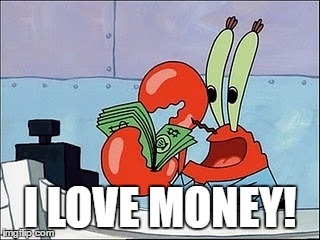 – Herb Abrams did a TV taping in Orlando which was basically a disaster, drawing 50 people and Bruno no-showed and couldn’t get a hold of Abrams to let him know. Herb is claiming that Vince is trying to strong-arm the cable companies into dropping the UWF PPV, but he heroically managed to strike a deal with Request PPV to carry it.  Dave thinks that if Vince had succeeded, he would have been doing everyone (including Herb) a big favor.

– To the WWF, where not much is going on, but Jim Neidhart has been removed from the road and made into an announcer.  Bret Hart will be another singles push, it appears.

– Titan officially is moving their offices to Titan Tower in Stamford.

– Shawn Michaels is on a hell of a run, having **** TV matches with Mr. Perfect and Kato this week.

– Dusty Rhodes wants to book more country bands for the Great American Bash this summer.  Because that worked so well the first time, Dave notes.

– Owen Hart has an open invite to return to WCW whenever he wants, but he doesn’t want to.  (And never did.)

– The Black Blood character has already been dropped, and Billy Jack Haynes won’t be coming in after all.

And finally, Stan Hansen is going to form a team of Texans called the DESPERADOS.   (Well that sounds awesome.  Can’t see how they’d screw that one up.)