The downers keep downing this week with another famous tragedy.

Never could get the hang of Wednesdays.

– Stop me if you’ve heard this one before:  Terry Gordy was on a trip to Japan on 7/27 and collapsed to due to apparent dehydration, ending up in a coma for nine hours.  For the moment the explanation was a mixture of percodan, beer, whiskey and painkillers, all on an empty stomach.  He wasn’t breathing and was on a respirator, but there was no sign of heart problems.  When he woke up, he started “tearing up the hospital”, but ended up staying there for a couple of days while he recovered.  People were worried it was going to be another David Von Erich situation (You know, where he would have accidentally died from natural causes and bad sushi?) but thankfully he seemed to be fine when he returned home.  (I’m sure Dave will get into this more as we go along this year, but Gordy was anything but fine, as it turned out that he suffered pretty severe brain damage from the coma and was pretty much a zombie for the rest of his life.)

– The WWF did battle with the USWA in Dallas and lost, in a sense, as Jerry Jarrett’s group drew 1750 at the Sportatorium, while Vince ran Reunion Arena with Kerry Von Erich on top for the first time, and bombed with 3000 people.  This was a double loss because rent on the arena is incredibly high and they lost money on the show.  However, Vince immediately got his heat back by stealing Jarrett’s timeslot on KTVT in Dallas, reportedly because so many people were complaining about the content of the USWA show, specifically the Toni Adams storyline.

– So it turns out that WGN, despite months of vehement denials, will be carrying a WCW TV show starting in September after all.  It may or may not be shot in Chicago.  But probably not.

– The WWF surprised people by hiring Roddy Piper to replace Jesse Ventura as color commentator on Superstars, but he probably won’t start until the end of the month.

– Even more details on the Ventura-McMahon split!  Ventura had made a deal to be on a Sega Genesis game, which Vince considered to be in direct competition with his Wrestlemania game on the NES.  Dave of course points out that the NES game had been out for a year at this point, which is ancient in video game terms, and additionally the game made peanuts compared to the financial value that Jesse had to the company.  However, Vince being Vince, the relatively minor contract negotiation point turned into a major fight because he didn’t want to look weak.  Even more strangely, Piper will be playing babyface and working with Vince, which is a weird dynamic, plus Vince and Piper haven’t had the most stable of relationships in the past.

– Back to Japan, where the Great Kabuki decided that in fact everyone does have a price and took the ridiculously large offer from SWS just days after Baba put the tag titles on him in order to get him to stay.  Japanese fans are not thrilled with this move, feelin that Kabuki is turning his back on Baba.

– Kevin Lawler is doing some matches in Memphis as a masked jobber at the moment.  (That’s about as far as he went, since he became a referee soon after.  Now Lawler’s OTHER son…)

– In a move that blows Dave’s mind, John Tatum is joining the heel side against Lawler (after a memorable angle where he dressed in a gorilla suit to attack him), which gives the world a John Tatum & Eddie Gilbert tag team. 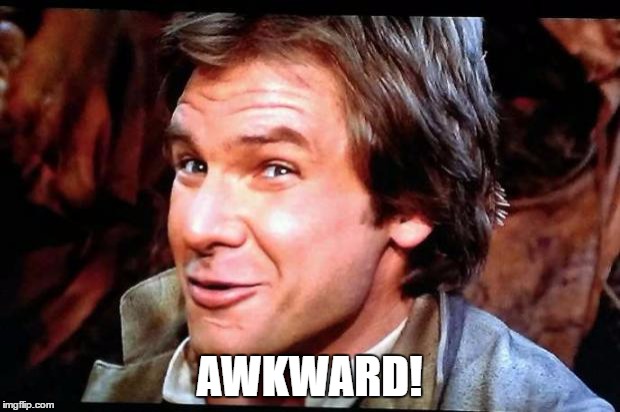 – The Adams-Austin feud continues in Dallas, with Jeannie and Austin showing more photos of Chris Adams, which were supposedly taken the week before, showing Adams meeting another woman in a restaurant without his wedding ring.  Chris is claiming that it’s all a setup.

– To the NWA, where Halloween Havoc is scheduled for 10/27 in Chicago.  And wouldn’t you know, the WWF decided to rearrange their schedule because they just HAPPENED to need to run a house show at the Rosemont Horizon that very night.  Dave thinks it’ll be more of a nuisance than a real threat to the show.

– Lots of talk that there won’t be any more guaranteed contracts once the current ones expire.  The theory is that they let everyone’s deals lapse, and then Titan cherry-picks everyone but Sting/Luger/Flair and they save MILLIONS.  (I can’t see a downside to this plan at all!)

– Both Bad News and Haku have offers on the table to leave the WWF and go work for Inoki.  (Man, there’s a tag team you would NOT f--- with!)  Brown has threatened to go several times before, but always stays.  (Until this time, when he left.)

– The Kerry v. Buddy Rose match on SNME was actually a double switch, as it was originally booked to be Beefcake v. Martel but both guys are of course injured. Kerry is wearing fringe on his boots to disguise the fact that one of his boots is “orthopedic”.

– Shane Douglas was made to do a job to Steve Lombardi in Georgia in order to “break his spirit” and make him a good soldier.

– Real quote from Hulk Hogan:  “Out there in the world of professional sports there is a lot of temptation.  There is a lot of big money involved and you can see a lot of people out there taking shortcuts to get ahead.  The hardest challenge was not to take any of those shortcuts.”

– With Inoki back in charge, he wants to turn the bad blood between Riki Choshu and Koji Kitao stemming from their backstage fight into an angle, because of course he does.  Kitao really wants to jump to SWS, but they don’t want to mess with Inoki and won’t sign him, so Kitao is kind of stuck.  Plus he wants to be a celebrity and doesn’t really want to wrestle, but the only thing making him a celebrity is that he’s a wrestler, so it’s kind of an existential puzzle for him.  Inoki is going to make him do a very high profile job to Choshu when he returns from his walkout, to send a message about the nature of celebrity and who the boss really is and all that stuff.

– Terry Gordy had been Triple Crown champion at the time of his mysterious ailment, so Baba did a match between #1 contender Misawa and Stan Hansen for the title to crown a new champion, ending with Hansen getting the title after a lariat.

– In stuff I totally don’t remember, Buddy Roberts is into WCW managing the Freebirds, billed as “General Buddy Lee”.

– And finally, the WWF is already advertising Hogan-Quake rematches after Summerslam and they’re already selling out.  Warrior, meanwhile, is relegated to tag team matches with Kerry Von Erich where the one-legged man does all the work for nine minutes and Warrior gets to pin midcarder Mr. Perfect with a big splash.  And yet they still are confused about why non-Hogan house shows are bombing.