– Dave wants us to know that he’s going on vacation, so if we’re trying to send him faxes and it doesn’t work, it’s probably because the machine is out of paper.  #90sProblems

– Ole’s first TV shows aired on the weekend, and it was lively enough as you’d expect for a new booker, but the focus on what Dave would diplomatically describe as “old favorites”.  Basically Ole is bringing back a bunch of “names” in hopes of juicing the ratings with lapsed fans at the expense of pushing newer talent.  (So…part-timers, you might say?)

– First up Paul Orndorff, who is actually a replacement for Kerry Von Erich.  Kerry was actually hired and scheduled to start on the TV tapings on 6/13, but no-showed and was fired by the Wednesday.  (Can you even imagine?  Kerry would have been literally DEAD by the end of the year in WCW, probably overdosing on live TV with a needle literally sticking out of his ass in a match against Arn Anderson given the company’s luck.)  Orndorff was called in to take his place, given that the Hogan program did such phenomenal business…four years ago. At this point Dave gives, I believe for the first time, the $20,000 a week number for Orndorff’s take-home during that period.  And of course, he was working on a bad neck the whole time, and by the time the program ended, his career was basically finished due to extensive nerve damage.  Dave thinks that bringing him back is a gamble worth taking, especially if his shoulder can hold out.

– Stan Hansen is also in, and he can definitely get over despite his advanced age, but this one won’t be a big deal because he’s only working a very limited schedule.  However, this will make him seem like a really big deal when he does appear.

– Mr. Wrestling II is in as a special referee before going off to retire, so NOBODY PANIC.

– Also, the Iron Sheik is back.

– This is the one that’s really making Dave worried, because there’s no reason to bring him back and even if he’s a jobber, his job matches are going to suck.  Here’s where Dave first starts suspecting that Ole is just cutting guys who are expensive and hiring guys who are cheap, regardless of talent or how much of a disaster they are.

– Buddy Landel is in and claiming that he’s 100% clean and recovered from his coke issues. 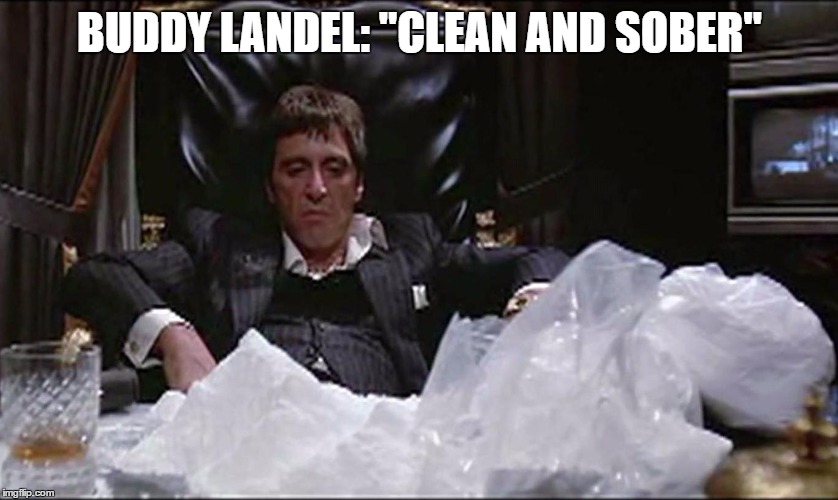 – Bob Orton is also being talked about by Ole.  Dave is like “Are you KIDDING me?”

– Dave is pretty fired up by the JYD thing the most, though.  Running an angle in 1990 where the Four Horsemen are apparently racists is pretty much an insult to everyone watching.  Plus Dog was a big star from 79-83 in Mid-South, but his role was to bring the black fans out to the show because he was a stud who looked like Tony Atlas and could talk.  Now, he looks like a big fat 40 year old guy and fans don’t even see him as a “black star”, just another act from the WWF circus who means nothing to anyone.  They actually tried Flair-JYD in late 88 and it drew flies, and while Steamboat didn’t set the world on fire as champion, his series with Flair immediately afterwards drew FOUR TIMES what Dog’s did.  It has nothing to do with Dog being black, it has to do with people wanting to see good matches, just like the Cosby Show was highly rated because it was good, not because Cosby was black.  Also, the end of Dog’s run came because he decided one day that he didn’t want to put Muta over, and just no-showed and never returned.  That could very well happen again.  The whole thing is an insult to everyone watching, and every wrestler getting passed over for a push because they decided to hire JYD instead.  (The punchline will come when poor Dave actually has to watch the Flair-Dog match at the Clash!)

– Dave finally saw the big Hogan angle, and he thought it was very well executed, but exactly like the same thing they’ve done a million times before.  He did enjoy the small touches, like Hogan kissing the cross right before taking a splash.

– The poll for Capitol Combat has been trending decidedly more negatively, and is now sitting at 37% positive, 55% negative and 8% middle.  (On the bright side, at least the percentages add up to 100 now.)

– Buyrate for the show looks to be 1.3%, or about 165,000 buys.  Slightly below most of the NWA PPVs, but still above the all-time fail that was WrestleWar ‘89.  If Great American Bash doesn’t improve a lot with Sting v. Flair on top, then they REALLY shot themselves in the foot with the cage match screwjob.

– “Tag Team” with Roddy Piper and Jesse Ventura was given a pass by ABC, although it still might make the mid-season replacement lineup.

– To Japan, where Tenryu held a press conference to announce his “Super World Sports” promotion, or SWS.  The parent company is claiming to be putting $40 million into the promotion.  (And you thought Billy Corgan was a mark!)  They admitted that it’ll probably lose money for a while, but despite the setbacks thus far they’ll build the dream wrestling promotion for Tenryu.  Dave notes that since most of the talent acquisitions are being blocked by pesky contracts, Tenryu can always wrestle himself, or failing that, some sort of invisible man.

– Tenryu will be going to the US to meet with Vince about using Hogan for a show in October, which might appeal to Vince because he can get into Japan without dealing with Baba.

– To Memphis, where it has come out that Snowman’s appearance last week was indeed a work, but it was a work that fooled EVERYONE.  Snowman has been doing a gimmick where he shows up at ringside as a “fan” and then gets thrown out by security before coming back to cut a promo about racism.

– 5/19 in Colquitt, GA, saw the debut of “yet another son of Bob Armstrong” at an indy show, as Bob teamed up with youngest son Brian Armstrong to beat Randy Barber and Jason.  (I mean, seriously though, of all the people to debut this year, who would have picked Road Dogg to become the giant star in a few years?)

– Both the CNWA and Bruce Hart’s new version of Stampede Wrestling are on the verge of dying.

– Dave continues to be amazed at the terribleness of El Gigante.  Apparently he’s working with Cuban Assassin to perfect a claw hold as his big finish.  (You’re probably wondering “How much work can it possibly take to perfect a claw hold?” and yes, that’s the joke.)  Gigante continues to look like a deer in the headlights in every appearance, and Dave thinks the best thing would be to send him to Europe for a couple of years to learn the basics of working.

– The WGN deal with WCW appears to be dead, with officials from the station denying that there ever was a deal.

– Talks are back on with Tully Blanchard, for obvious reasons now that Ole Anderson is in charge.

– Norman the Lunatic is being taken off TV and will be repackaged into Norman the Truckdriver when he returns.  Brian Pillman is also being repackaged off TV for a while as well.

– And finally, the finish of the Flair-Luger cage match was a huge bullshit screwjob because it was basically changed on the fly the night of the show.  Originally, Luger was told he’d be going over for the title, then close to the night of the show Ole took over as booker and changed the finish to Flair going over, at which point Luger blew up and refused to do the job due to overall frustration at being promised the belt 400 times this year and having it changed every time.  Dave thinks that Luger isn’t the one to be punishing over this, since he’s been jerked around by the bookers so many times that you can’t really blame him.  However, at some point, someone is going to pull this again, and they’re going to have to be fired to prevent it from ever happening again.  (As we would see in approximately one year…)