We’re rapidly running out the clock on the 88 issues, with only a few left until we hit May 23 88 again, and then we go BACK TO THE FUTURE for January of 1990.

We might need Doc Brown and a chalkboard to keep track of it.

– The big show coming up is the Crockett Cup, which Dave thinks has the least interest of any of them and will probably bomb.  From the meager clues thus far, he’s managed to piece together the actual field of teams.

4. The Powers of Pain

19.  Rocky King & Nelson Royal (in case you’re doing a pool at work, Dave notes, and need a tiebreaker for “team that gets eliminated fastest”, here’s where to put your money)

23.  “The Japanese Entry”.  Dave supposes they actually meant “The Japanese entree” and will be serving sushi backstage, since no one from Japan is actually booked for this thing.

– Main event for the World Class stadium show in May will be Kerry Von Erich getting his rematch with Iceman Parsons for the World title, plus some gimmick match that hasn’t been done before and Dave is unclear about.

– In Memphis, they’re really going heavy on the upcoming Lawler-Hennig title match, now adding a 900 line vote where fans can pick between either Jackie Fargo or Larry Hennig for special referee, plus of course Lawler is promising to retire from the sport if he doesn’t win the title.  So he’s probably winning it.

– Apparently negotiations between FNN and New Japan are heating up, after a bunch of Observer readers called into the station to ask about it.  So they’re looking into the cost of bringing over tapes and translating them into English, and already have a time slot cleared!

– The guy in the last issue who Dave identified as Bret Allen, brother of Magnum TA, is in fact NO RELATION and just some local construction worker.

– Jerry Lawler’s 30 minute talk show, called The Jerry Lawler Show, is actually going to be nationally syndicated or aired on a cable station, but either way should get some drastically increased exposure soon.

– Jeff Jarrett is having real trouble getting over as a heartthrob babyface in Memphis, because he’s less than 200 pounds and everyone knows that his father and grandfather have run the territory for decades.  Basically guys in the audience don’t want to cheer someone who is marketed to girls.

– Owen Hart is still packing them in for Stampede, although speculation is running rampant that he’s bound for the WWF to replace Jim Neidhart in the Hart Foundation.  The other huge draw is a 5-on-5 cage match with tons of blood that runs 45-60 minutes every night around the horn.  They had been running the matches as street fights, but after Bad News Allen and Jason the Terrible injured spectators a few weeks back while brawling in the crowd, they’ve been getting too much heat from the commission to continue doing those sorts of matches.

– At the AWA TV tapings on 4/16, Tanaka & Diamond debuted new manager “Dallas Diamond Page”, who towers over Tanaka at 6’4” and is the first manager that Dave can recall who brings his own valet to the ring.  Dave thinks he’ll do OK for himself.

– The Rock N Roll Express were at the taping and talked about facing Japanese teams, so Dave wonders if they’ll face the incoming Saito & Choshu?  Probably not. 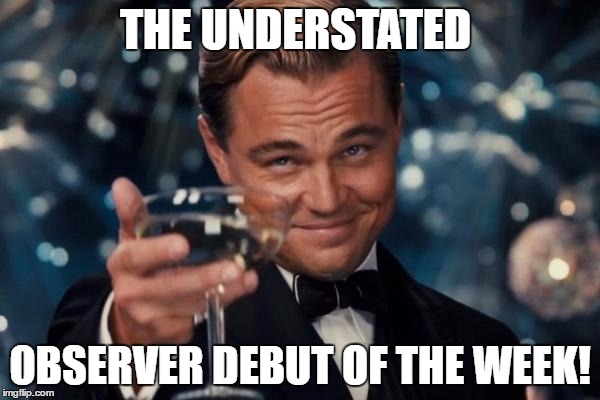 – So Mondo Guerrero is working the AWA tapings as a single and getting over pretty good with “Mexican moves”.  His usual partner, brother Chavo, is back in Mexico at the moment, teaming with yet another Guerrero brother named Eddie who is “said to be pretty hot right now”.

– Also at the tapings, Verne had booked “Pistol” Pete Marquez from the California territory to come in and do some TV jobs, but Pete learned that the payoff would only be $150 and balked at wasting his time coming in for that.  So to save money (since the graphics were already done) they just stuck some other kid out there as “Pistol Pete” instead.  (That would also be a nice kiss-off to Marquez, I’d assume.)

– Over in the Knoxville territory, they’re running a show in Hazzard, Kentucky, and Dave is legit surprised because he thought that was a made-up city for the TV show.

– In World Class, Chris Adams is wearing a catcher’s mask to protect his face after Mike George dropkicked his teeth out, and they’re selling it in Texas by claiming Terry Taylor paid off George to injure him.

– The famous HAIR CREAM OF DOOM returned, as Iceman Parsons and Buddy Roberts tried to cut Michael Hayes’ hair and then use the cream on him, and now Hayes is really pissed because only the “real” Freebirds are supposed to know the secret formula. 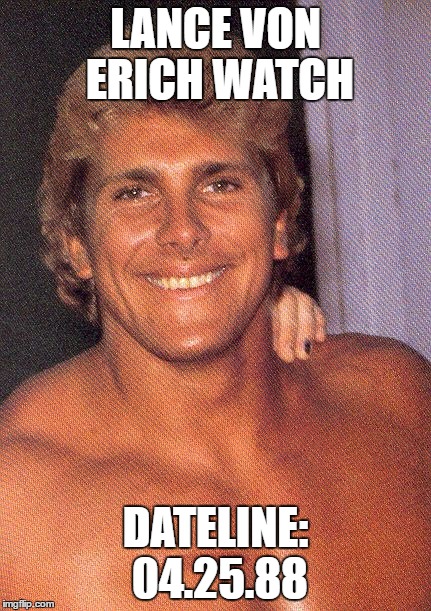 – Over to Japan, where in addition to creating the Triple Crown title, they will be unifying the PWF tag titles (Tenryu & Ashura Hara), International tag titles (Road Warriors) and Asian tag titles (The Foot Loose) into the “supreme tag team title”.  (Hey, maybe THAT’S what they should have called the new tag belts on Smackdown!)

– Dave actually does follow up on Krusher Krunchski in Japan, and has discovered that it’s Tom Urbansky.

– In something of a huge shock, you’ll never guess who actually put over youngster Keichi Yamada in a martial arts-themed show.  Go on, take a guess, it’s too shocking! 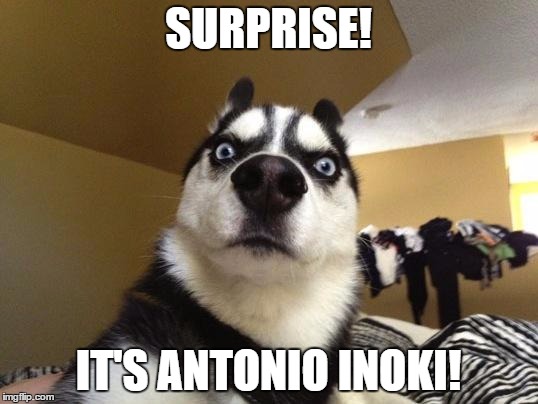 – Of course, Inoki was destroying him for the entire match, only lost because of interference from Masaharu Funaki, and then beat the hell out of Yamada afterwards and laid him out with the enzuigiri, but still!

– The UWF did their first press conference and claimed to have learned from their mistakes in the past.  (That would make them the first ever promotion to do so.)  They will only be running “shoot wrestling” style matches, and not using any foreign wrestlers. One of the bones of contention between Maeda and Inoki was that too many gaijin had been imported into the company.

– Ironically, the possibility for a Rock N Rolls v. Saito & Choshu match in Vegas has been eliminated because the RNR will be touring Japan while Saito & Choshu are touring the US.  So close and yet so far.

– The NWA is about to lose the Nassau Coliseum back to the WWF, because $$$.  If they’re going to stay in New York, it’s likely going to have to be a minor league arena like Westchester.

– The NWA also ran Boston and only drew about 5000 people, and at the end of the show the scoreboard said “We hope you enjoyed tonight’s WWF Event”. 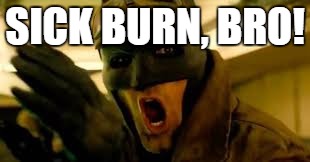 – Early favorites for the US title tournament on 5/13 would be Al Perez or Tully Blanchard, since Tully always seems to get a belt.

– The TV shows have reverted back to the depths of Dusty Hell, centering completely on “The Midlife Rider” and everything Dusty-related.  Pretty much all the momentum from the Clash is gone.

– Correction #2:  Hillbilly Jim was not bounced from the WWF and is booked for the next few months.

– Dave is betting on Beefcake to win the IC title from Honky on the SNME airing 4/30, because they’re sending out advertising with Honky as the challenger on future shows and Dave doesn’t believe in misprints.

– Talk of running another show at CNE Stadium in August, although no word on the main event.

– And finally, there’s HEAT between Dusty Rhodes and Michael Hayes, because Dusty had this big idea for a Triple Tower of Doom cage match that he was floating around to people for the Bash this year, and amazingly Michael Hayes is debuting the exact same idea as the main event for the Texas Stadium show in May.  (First a promoter lies about family relations in this issue, and then a booker steals an idea from another booker?  IS THERE NO SHAME IN WRESTLING?  Spoiler alert:  No.  No there’s not.)