Well, after putting it off for a YEAR between season 6 and season 7 due to the incredibly brutal finale of the sixth, we finally binged through the last season of Sons of Anarchy this week and finished it off tonight.  Which took us a while, because every damn episode was 90 minutes long.  Regardless, I was still compelled to find out how Kurt Sutter would wrap it up, and as others had told me in equally vague terms, it went down pretty much like I figured it would.  Could have used an editor and less high school drama class symbolism (It’s a CROW!  It’s a HOMELESS LADY!  Jax has a shitload of white sneakers and now one pair isn’t so white!) but thankfully it didn’t go completely off the rails like Dexter or anything. Yeah, a lot of the final season made no sense if you stopped to actually think about the convoluted history of the characters, but that’s part of the charm of the show.  I was just thankful they didn’t make it to season 12, where Charming is a post-apocalyptic wasteland with killer robots that have levelled humanity back to the stone age, and Jax is the last human left, telling the alien overlords that THIS time, he promises no more killing in Charming, and you just have to trust him. Because it felt like we were going to end up there if they didn’t wrap it up soon. Anyway, I was satisfied with the ending and would recommend running the table on the show on Netflix.

Hoo boy, it’s yet another slow news week, resulting in yet another 8-pager instead of 10, so this should be relatively quick again.

Well, and Clash of Champions to be accurate, but you guys seem to be more amused by his Wrestlemania predictions.

– Wrestlemania is on 3/27, and it’s what “The Whole World is Watching”.  In this case, that means 37 states and 7 Canadian provinces.

– The Tournament:  Only three guys (Hogan/Dibiase/Savage) have any chance of winning, which we know for sure.  Detective Meltzer notes that they already taped TV for after WM, and the following guys appeared without the belt, so they’re eliminated from contention officially:  Andre, Duggan, Reed, Muraco and Bigelow.  Roberts, Bravo, Valentine and Gang are midcard 4 life and won’t make it past the first round.  Steamboat and Rude might make it to the second round, but can’t win.  There have been some clues left by Titan, however: 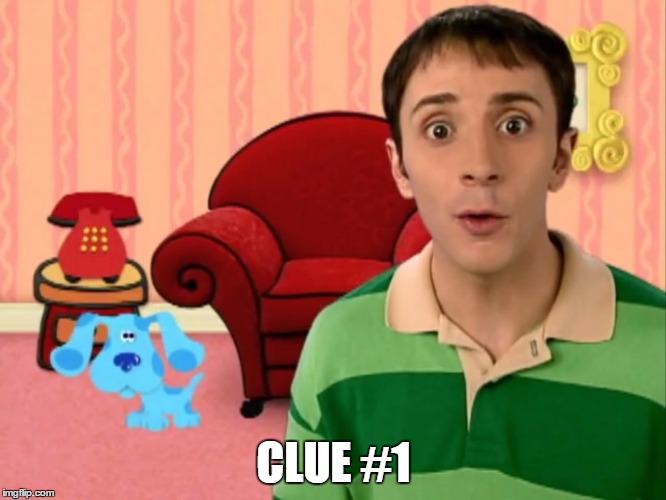 – The brackets were mysteriously changed after one week to ensure that Savage makes it to the finals, and he’d need a heel opponent, so that’s not Hogan.  Plus Hogan is having a child and making a movie, so even less likely to be him.  And if Dibiase was winning as originally hinted, then they could have just stuck with the original bracket and he would have beaten Savage in the semi-finals. 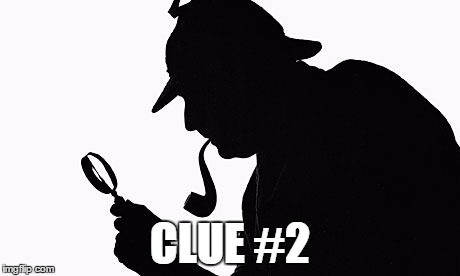 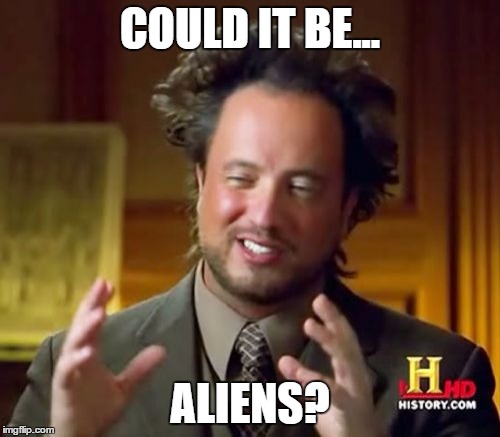 – It would explain a lot, actually.

– What, you think this bit is over?  No way, man, there’s still one more clue! 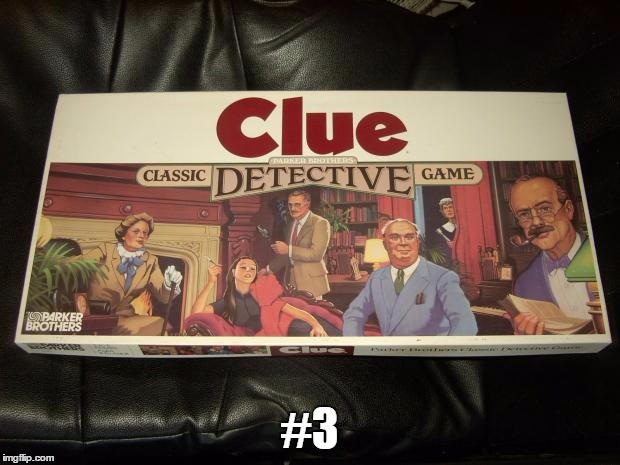 – At the TV tapings this past week, one reader called Dave and SWORE that he looked through the curtain and Randy Savage was carrying the title belt while doing an interview segment.  So there’s just too much evidence piling up to ignore, and the obvious winner of the tournament is…

– As for the IC title match, Dave is fairly certain this won’t win Match of the Year.  Dave does acknowledge that Beefcake has gotten over with the Barber nonsense better than any rational person would expect, but he’s mostly still coasting on his connections, brother.  Honky’s in the doghouse for the Main Event and his “Best of Honky” tape has been replaced on the release schedule by “Best of Brutus”, so there’s too many clues to ignore again, and Dave’s official prediction is that Honky will no loner be the worst champion of all-time after the show.

– To the Bulldogs/Islanders six-man, where Dave thinks it’s funny that had the WWF acknowledged Dynamite’s injury they could have built him up for a big comeback and gotten them over bigger than before.  But instead they chose to pretend it never happened, and now the Bulldogs are teaming with the guy who talks to his bird and wrestling a manager.  Dave’s official prediction:  No chance Davey Boy does another job at Wrestlemania like last year.  Bulldogs go over.

– The tag title is far more obvious.  Crowds are turning on Strike Force and cheering Demolition, and every time the tag belts have been on the line at Wrestlemania, they’ve changed hands.  Dave’s official prediction:  Demos win the belts.

– Ultimate Warrior v. Hercules is “the stuff nightmares are made of”.  In fact, if Harley Race couldn’t carry “this blend of chemicals, face paint, and a lifetime of praying to the God Arnold in Gold’s Gyms across the country”, then Herc will have to put on the match of his life to get it past one star.  Dave’s official prediction:  “Neither man will live to see 50.” 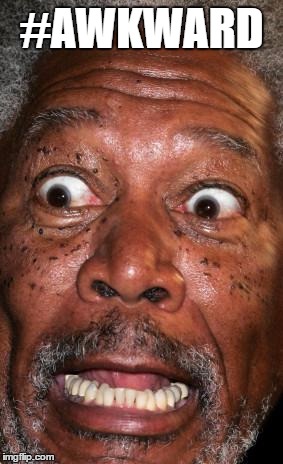 – (Well, I mean, to be fair, Warrior lived to see 50 and THEN dropped dead of steroid related heart attack at 54…so…you know…)

– Battle Royale:  Bret Hart will look good, George Steele won’t get in, Sam Houston will take the best bump on the way out, Roma and Powers will smile a lot.  Dave’s official prediction:  Who cares?  Houston, he guesses?

Hard hitting stuff there.  To the Clash of Champions predictions!

– Flair v. Sting will go exactly as expected with all the usual Flair stuff and Flair will get destroyed but keep the title, and it might even be the best match on either show!  But does anyone really care?  NO.

– Road Warriors/Dusty v. Russians will have lots of blood and Dusty goes over.

– Horsemen v. Luger/Windham will be ***1/2 or better, and Luger will have the best physique of the week and might even win the tag titles.  However, a DQ finish is more likely.

– Midnights v. Fantastics should be great and they desperately need to do a title change fast to keep people from immediately writing off the Fantastics as an RNR ripoff who lose.  So despite the title change being the most logical thing and thus the thing least likely for Dusty to do, Dave is still picking a title change.

– No prediction for Garvin v. Rotundo, and if they air Shane Douglas v. Larry Z, it’ll be a draw.

– Wrestlemania is officially sold out with 13,000 tickets sold, and with inflated prices for all those high rollers of $100 a ticket, it’ll end up making the same as last year’s gate.  So they’ll do OK on the show, even if PPV bombs.  (Which it did.)

– Crockett will announced the top 10 seeds for the Cup show at the Clash, and there’s no surprise outsider teams like Inoki or the Von Erichs on there.  Had they been entered, they would have been in the top 10 because VON ERICHS.  In fact, there don’t appear to be any outsiders booked at all. 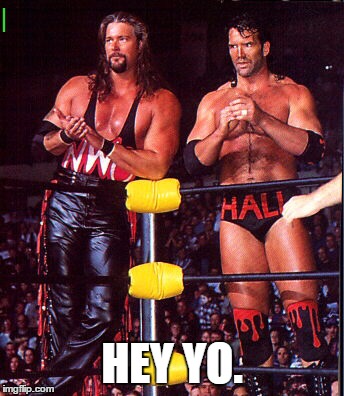 – Still no word on who Flair will defend against, although with Steve Williams begging for his job back, maybe we’ll get that unification match after all?

– The WWF did some post-WM tapings, taped before WM, and the big angle was Jim Duggan v. Andre the Giant leading out of the show.  The biggest surprise, however, was that Owen Hart showed up and worked a match as a jobber under his real name, losing to Hercules for something that may be airing 4/2.  If it was a tryout, it was a weird way to do it since Todd Champion also got a tryout and beat Barry Horowitz in a dark match.

– Dave has even more detailed ratings info on the Main Event, and now it’s become apparent that the show didn’t win the TIMESLOT, let alone the night.  Ouch.  Vince had bragged to the papers beforehand that they’d be the #1 show not only for the night, but the WEEK.

– Following up on Bruno’s departure from the WWF last week, Linda McMahon actually called him to personally inform him that he wouldn’t be allowed to use the name “Bruno Sammartino” outside of the WWF, because they trademarked it.  (Good luck with THAT one!)  Shortly afterwards, David Sammartino got into a scuffle with a fan at a house show and was fired.

– Saturday Night’s Main Event aired on 3/12 and it was a good show, although Dave’s correspondent heavily overrated the Savage-Dibiase match at ****1/2.

– Dave attended an annual meeting of this thing called The Cauliflower Alley Club.  He’d never seen it before, and enjoyed it.

– To Memphis, where heel manager Ernest Angel is doing an evil televangelist gimmick where he asks fans to send money to the local TV station to help him build “Wrestling Village USA”.  (Now, Angel was an obvious parody of Jimmy Swaggert, and I don’t want tp accuse anyone of plagiarism in an entertainment field as regularly original and non-derivative as wrestling, but HOLY S--- isn’t that suspiciously close to the imminent debut of another more famous wrestling evangelist?)

– Al Perez was supposed to regain the World Class title from Kerry Von Erich on 3/25, but he and Gary Hart have had enough and jumped to Crockett already, so now someone else is going to have to play the lead heel role.

– Lance Von Erich might be comin back to the territory as well.

– In the “Verne gonna Verne” department this week, Paul E. Dangerously’s return to the AWA was kiboshed because Verne decided to hire Stan “Big K” Kowalski, who had last managed Ivan Koloff in the early 70s, as the guy to lead the hot young team of Diamond & Tanaka instead.  Even Dave is like “I can’t even make this stuff up.”

– Barry Orton was actually convicted of manslaughter in the trial that took him away from the Zodiac character, and he received six years in prison, which should mean he’ll be out in two.

– The WWF taped a weird angle at the latest TV tapings, as the Killer Bees (in masks)  jumped Hulk Hogan during a match with Ted Dibiase, and Hogan beat them up afterwards.  Dave isn’t sure if the inference is that the Bees are turning heel, or Dibiase paid some guys to steal their masks and imitate them.  (I think it was supposed to be the former, but they dropped it because it flopped so hard.)

– Expect big payback for the Clash when a bunch of Crockett’s contracts come up for renewal in May!  Titan will be out for blood.

– Ted Turner is starting up a new network called TNT, and wrestling may end up on there.

– Clarifications:  The Owen-Hercules match wasn’t actually intended to air, but it was taped.  Lance Von Erich probably won’t be coming back to World Class.  Although David Sammartino was fired from the WWF for the fan incident, all charges were dropped quickly afterwards because it turns out that the guy was yelling “insider” terms at David and generally being a dick…and yet David’s still fired.

– And finally, Kerry Von Erich doesn’t actually want to be World champion and wrestling full-time yet, so that’s why Perez was supposed to get it back so quickly.  They’re trying to find someone to take the title now that Al Perez is gone.  Top candidates are Terry Taylor and Terry Gordy, with a big name from outside the promotion an outside longshot. (I feel like it came down to the same way that Harry Stone got the job on Night Court, where they needed someone but every other contender was out of town or asleep at the time, so they just kept calling down the list until they got to Iceman Parsons at the very bottom.)

Not bad for a slow news week in an 8 page Observer!