Back to where we started!  For reference sake, here’s the very first Observer Flashback:  https://blogofdoom.com/index.php/2016/01/24/observer-flashback-jan-1988/

I mean, there’s not even any memes, dank or otherwise!  Plus I barely go into any detail on stuff.  Weird how fast these developed, since this was only about 8 months ago.

– Overall, Dave calls the Battle of January 24 a stalemate.  Both shows were about what he expected out of them, which is to say nothing special.  In particular, the Rumble show loses a lot of the glitz that Saturday Night’s Main Event has on NBC, for obvious reasons.  The Stampede was better than Starrcade overall, but he thought it was a slap in the face of viewers to not explain what happened to the Rock N Roll Express or Sting.  In fact, they had been pushing a Rotunda v. Sting match on TBS just 30 minutes earlier leading up to the show. 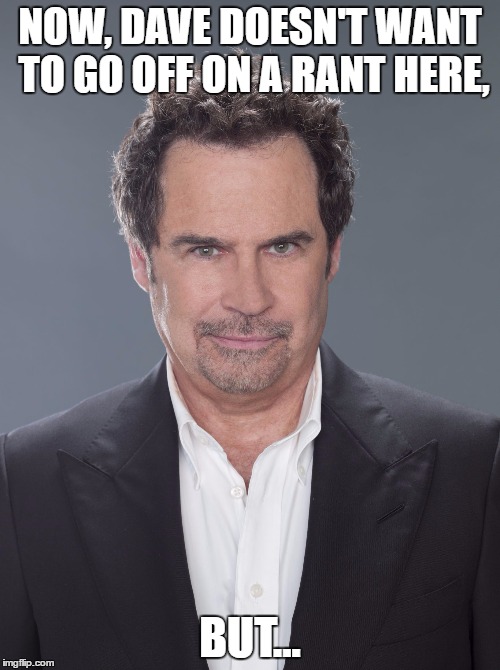 – Dave’s back on the NWA again, writing things he’s sick of saying and we’re sick of reading.  (Insert “Roman Reigns” instead of “NWA” and I know exactly how he feels.)  On the bright side, they’re addressing minor concerns like announcing (by using Jim Ross) and have stopped cutting off the finishes of TV main events, so that’s good.  However, bigger problems remain, like huge amounts of no-shows because Crockett wants to save money on airfare and just doesn’t fly his whole crew in.  Not to mention the ridiculous double-booking practice where guys are one to two hours late for evening shows because the afternoon shows are running so late.

– In fact, crowds are getting downright hostile, with the Nassau crowd chanting “Refund” on the live PPV when Dusty Rhodes won, which shocked even Dave.  Also, they’re stubbornly refusing to turn Ric Flair, which means that your most popular guy is supposedly the lead heel.  (That’s as crazy as having your most hated guy be your lead babyface!)  Really what they need now is a double turn, with Dusty going heel and Flair going face, which would freshen up the entire upper card.

– Next problem:  People are leaving.  Terry Taylor was pushed out by those in charge as a petty vendetta for leaving in 1985.  Rock N Roll Express quit right before the PPV because they were unhappy about their push.  Dave has little sympathy there, as they’ve been on a clear downward trajectory for months now.  Steve Williams seems to be gone.  Sean Royal quit and Chris Champion might as well have quit at this point.  Eddie Gilbert went back to Memphis.

– Dave doesn’t want to lay their problems at the feet of Vince McMahon, either.  Yeah, WWF is going to “blow the business wide open” in 1988, and good for them.  And yeah, Vince torched the Starrcade PPV plan like a Thanksgiving turkey, sure.  And they sure didn’t help by running the Rumble against the Stampede.  Or blocking them out of all the major arenas in the country.  But all those reasons don’t affect why Dusty Rhodes still insists on pushing himself as the top star, and until he can learn to step down gracefully, which to be fair many major athletes couldn’t do, nothing is going to change. 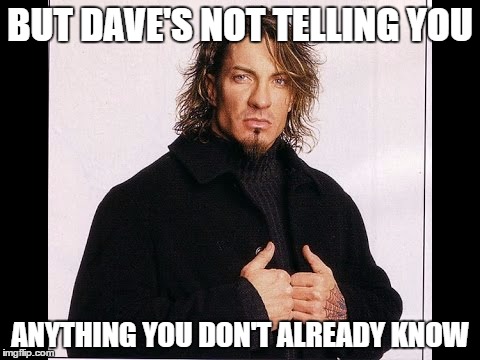 – So the secret location of Wrestlemania IV has been revealed:  Trump Plaza in Atlantic City, which is somewhat surprising to Dave because he had heard they wanted to run Caesar’s Place in Vegas.  (A Wrestlemania in Caesar’s Palace?  That’ll be the day!)

– Crockett will counter with Crockett Cup ‘88 two weeks later, and Dave “doesn’t want to sound like a mark here” but perhaps they should reach out and renew relationships with some indies and shore up their tag team division for the show.

It’s time for The Bunkhouse Stampede!

1.  The dark match was Sting & Jimmy Garvin beating the Sheepherders by DQ in a decent match.  (Later on, we learned that this was supposed to be Rock N Roll Express winning and setting up an angle where they shaved Ricky Morton’s hair off to get revenge, and that was apparently the final straw that led to him quitting.  He was well overdue for a haircut by that point anyway, so I have no sympathy.)

2. Nikita Koloff drew with Bobby Eaton in 20:00 to retain the TV title.  Dave counted a total of four things that happened in the entire match, and the rest was a hammerlock.  -**

3.  Larry Zbyszko won the Western States title from Barry Windham in 19:16 with Baby Doll’s HIGH HEEL OF DOOM.  Pretty slow pace, but Windham sold well to pick it up by the end.  ***1/4

4.  Hawk beat Ric Flair by DQ in 21:39, so Flair retains the title.  Mostly Hawk selling the knee once Flair took over, and he did well with it.  Dave would even call it an excellent match at times, although the finish with Flair just using a chair for the DQ was weak.  ***3/4

5. Dusty Rhodes won the Bunkhouse Stampede finales in 26:21.  Lots of blood, and it was about as good as you could expect from it.  Dave thinks that Luger probably should have won it, but people wanting the blood and guts stuff were happy with it.  ***

That being said, people who were actually in the arena live gave a show a resounding negative review, so perhaps it came off better on TV.

2.  The Jumping Bomb Angels won the tag titles from the Glamor Girls in 2/3 falls at about 15:00 total.  Match was good, but not great, and Tateno “looks like she’s been training with Buddy Rose as of late”.  *** 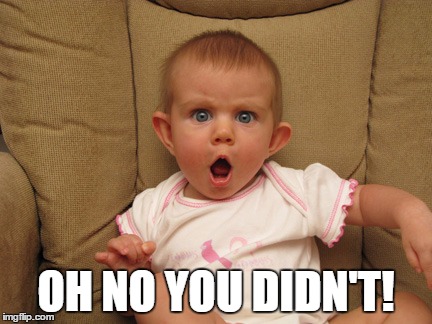 3. The Royal Rumble was won by Jim Duggan at 33:00, as he ducked a charging Gang for the win.  This ended up better than expected and was “at least as good as the Dusty spectacular, with better camera work.”  Dave notes that you can always tell who actually works out (as opposed to “works out”) by how they run to the ring in one of these things.  He notes that the two minute intervals were two minutes for good workers, and closer to one minute for everyone else.  Like One Man Gang, who is respected as “a good worker, for a slob.”  (Now there’s a backhanded compliment.)  Dave does think it’s a bit silly that heels and babyfaces were working together, and thinks it would be beneficial moving forward to play up the “every man for himself” aspect.  “I know, who cares” he adds at the end.  ***1/2

4. The Islanders beat the “Barbie Dolls” in two straight falls at 7:00, including the final submission hold of Haku beating Jim Powers with a half-crab.  A submission hold that works on a pushed guy?  Dave was “so surprised he went out for Oriental food afterwards”.  (Is that, like, code or something?)  **1/2

Also on the show, Andre and Hogan had their contract signing and Hogan got the table dumped onto him, of course.  Dave marvels over the fact that people buy into Hogan’s act, because there’s something so dislikeable about him.  But then, he adds, Vince could get Lee Harvey Oswald over as a top babyface…but not Honky Tonk Man, apparently.  (Ouch.)  Dino Bravo also attempted a “700 pound” bench press, which was about as real as Dusty’s $500,000 prize.  Dave then goes onto a huge technical rant about the weightlifting deal and how the “500” pound weights looked more like 250s, and how spotters are known for lying about how much weight they’re helping with, and how it’s LUDICROUS that anyone will buy this over the Road Warriors attempt at the same thing next week…zzzz  (And you thought four hour PPVs were tedious.)

– Over to Stampede, with Jason still selling out all the buildings.  He did a bloodbath with Makhan Singh where he apparently so bled so badly that you could see it through BOTH masks.  (What, did a very young Brock Lesnar hardway him with tiny baby elbows or something?)  The match is leading to a program with Singh & Rip Rogers facing Jason the Terrible & Chris Benoit.  (…Ima just leave that one right there.)

– To Central States, where in fact Mike George won the prestigious new WWA World title tournament before 800 fans, pinning Dick Slater in the finals after a shitload of byes.

– Dave finally gets the proper spelling of Big Van Vader in the New Japan section, by the way, and he was also presumably happy to read that Takada did not in fact have to do a job for Leon White, as he feared last issue.

– Dave is somewhat amused that after all the work that they did to get Riki Choshu onto TV, now the Maeda incident and Christmas riots have cooled him off so much that they’re phasing him down the card and pushing this Vader goofball instead.  He’s getting a bigger push than either Brody or Hansen, but he’s not over at all and gets no heat.

– Steve Williams was supposed to fly back from Japan and work the Dusty Spectacular, but changed his mind and gave notice to Crockett over the phone because he suddenly figured out he can make better money doing 16 weeks a year for Inoki.

– Inoki once again survived certain doom from TV-Asahi, as they had banished him to the death slot of midnight on Mondays, but he managed to open negotiations with Fuji TV and as a result Asahi blinked first and moved him to Saturday afternoon instead.  Still not great, but much better than he was looking at previously.

– However, Inoki and Sakaguchi have been trying to sign Maeda to a newer, cheaper deal so they don’t lose him, and Maeda’s been turning them down cold and is probably not coming back at all.

– In Memphis, Dave finally makes the connection that Max Payne is Daryl Peterson.

– The Rock N Roll RPMs lost a loser leaves town match, so there’s a new masked tag team of Dr. Rock #1 and #2 in the territory.

– The Get Well Mathilda campaign in the WWF is actually just a way for them to beef up their mailing list.

– Back to the NWA, as Dave goes into the gory details of how screwed up the Bunkhouse Stampede really was from a live perspective.  Basically there was three different starting times:  The one they told the PPV company (9:00pm) , the one they printed on the tickets (8:00pm), and the one they actually started the show (7:00pm).  In addition, they forget to book a full 3 hours of satellite time, so for many viewers the show just ended 20 minutes early.

– Besides the whole Nassau snafu, a string of no-shows and exhausted main eventers left a trail of pissed off fans in its wake, and Dave thinks they need to do something fast to fix it.

– Dave does note that Nikita’s recent run of bad matches are for a personal reason, not drug related or anything, so don’t blame him.

– Should Steve Williams not return from Japan, the unification idea with Flair will just be dropped and the belt forgotten.

– To the WWF, as tickets for WM4 go on sale soon, but the best 2000 will go to high-rollers to grease them.  Vince is getting a big fat payday for holding the show in Trump’s building.

– And finally, proof that Vince does have a heart sometimes:  Survivor Series wasn’t going to sell out, but he wanted a “sellout” for his PPV debut with the show, so he basically gave away thousands of tickets to Lions Clubs in Cleveland so he could fill the building with kids. And so he got his sellout after all.

There we go, that’s a bit better than the original version.