With all the stuff going on in the US, Dave hasn’t even really talked about the tag team tournaments in Japan!  Well, time to fix that grievous error.

– So basically both groups in Japan are having tag team tournaments, and Dave doesn’t know a whole lot of details on the participants yet.  Brody will be teaming with Col DeBeers on the All Japan side, though.  OK, well, moving on then.

– Although the Chicago Starrcade show is set in stone as far as the lineup goes, the closed circuit show in New Orleans is going to change a lot because Crockett has already fired a bunch of the guys who were supposed to be working it.  PPV is picking up a bit, with about 20 PPV companies now picking up Starrcade, so it might not be a COMPLETE disaster.  A very liberal estimate of what the Starrcade could gross on PPV would be about $400,000, which probably wouldn’t be particularly profitable.

– The start of a story that carries over in 1988 here, as the WWF is engaged in a feud with the Pennsylvania athletic commission over some exceptionally petty b-------.  Basically the commission is now demanding the right to assign all ring announcers and referees for any wrestling shows in the state.  In fact, the commission threatened to have state police prevent them from running a show on 10/10 because they didn’t file the proper “paperwork” for being sanctioned (ie, $$$) until the last minute, thus violating the rules.  Essentially the commission was demanding information on the television revenues for the shows being held in the state and wanted a piece of THAT money, and wouldn’t let the shows go through until they got it. 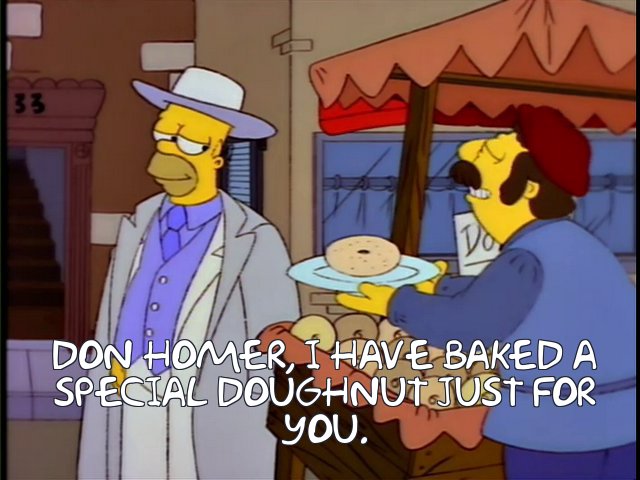 – Vince’s response to the blatant extortion attempts by the commission was to publicly declare that wrestling is entertainment and not sport, and thus they could get lost.  The commission acknowledged this fact, but also said that without regulation, wrestling promotions in Philly would just turn into a bunch of guys bleeding all over the place.  (Probably in some trashy bingo hall, AM I RIGHT?) The first victim of this nonsense was Jim Crockett, because the commission forced him to use Dick Kroll as referee for all the matches on a 10/24 show, including several wild brawls where he had to run all over the arena with the wrestlers.  By the end of the night, Kroll was visibly exhausted and screwed up the finish to the Flair-Koloff main event.

– Correction from Dave:  The AWA actually drew a lot more than 400 people to the Denver show, although not THAT much more.  A little over $20,000 gate, which was actually really good by their standards lately.

– The rumors continue to fly that Jerry Jarrett is trying to buy out the AWA and get the timeslot on ESPN, although still nothing has been confirmed.  Dave thinks this would be the best thing to happen to the business in a while.

– Most of the underneath guys in the UWF have been given their termination papers (excepting the Terminator, due to family connections) and the UWF promotion will be put to bed sometime after Starrcade, with the UWF name only being used for unification matches to finish tying up loose ends.

– So Crockett did in fact announce the Bunkhouse Stampede PPV for 1/24 in order to get around the 60 day limitation with Titan, and Dave is pretty sure they’re going to main event with some kind of big UWF-NWA unification match.

– The official reason that Flair gave for missing the All Japan tour was injury, specifically his chest wounds from Garvin’s chops getting infected.  Baba basically thought Crockett was lying about the injury, because Flair never gets injured.

– Baby Doll will be returning to the NWA as Larry Zbyszko’s valet, but Dave notes that husband Sam Houston will be staying in the WWF.

– To Memphis, where the weird team of Hector Guerrero and Dr. D (Carl Styles) won the AWA tag team titles from Lawler & Dundee in an unauthorized title change.  The AWA has been pushing the Lawler/Dundee v. Midnight Express title match on 10/30 for the ESPN TV tapings, and something very fishy happened, resulting in new champions without the AWA ever being informed that it was going to happen.  They have a rematch scheduled for 10/26, where Lawler’s team will likely regain the title.

– Speaking of Lawler, Hector has been using hair removal cream to get heel heat lately, and after he used it on a jobber (resulting in the poor guy running to the dressing room to shave his head for the gag) Jerry Lawler came out to make the save and pulled a GUN on Hector!  OK, you know we can’t let this one go without footage:

– World Class is going full on suicide mode by booking Chicago, Pittsburgh, St. Louis and Atlanta as a part of a national tour.

– Speaking of suicidal, Cotton Bowl show drew 3700 people to the 80,000 seat stadium for Kerry’s big return.  Kerry wrestles Brian Adias on Thanksgiving for a title shot, and will probably win against Al Perez at the Christmas show.

– The WWF is now suing Tom Zenk for breach of contract.

– While the Ron Garvin train crashes and burns with pathetic gates around the country, the Hogan Express keeps running with sellouts against Bundy and Gang.

– Rumors are flying that Wrestlemania IV will come from the Superdome in New Orleans, which shows that Vince isn’t afraid of a challenge if nothing else.

– Despite the hours of TV hyping it, Piledriver still hasn’t even cracked the top 200 album chart yet.

– Dave invites us to fill in the punchline yourself now that Leilani Kai & Judy Martin have bleached their hair and become the Glamor Girls.

– Nikita Koloff was on the last All Japan tour, and was completely buried by Baba in a curtain-jerking role with no TV time.

– In an interesting tactic on Baba’s part, he went on TV and announced that if the faltering ex-draw Wajima can’t work up to the standards of the other talent, he’ll be dropped from main event guy to prelim wrestler.  Apparently he’s hoping to light a fire under him, and Dave thinks that maybe other promoters should try that.  (Didn’t work, unfortunately.)

– Inoki returned from his Island Death Match shoulder injury and teamed with young Keichi Yamada against Choshu & Fujinami, and poor little Yamada got destroyed in 1:13 with a lariat.  Dave is pretty sure that Yamada is getting relegated to prelims because he’s too small to be a star for Inoki.

– The Japanese crowds are really going crazy for the idea of Maeda v. Choshu, and Maeda is now egging them on by wearing a shirt that says “Shooter” on the front and “I pack a hard punch” on the back.  (FORESHADOWING!)

– Shinya Hashimoto, a 22 year old prospect who idolizes Maeda, is headed into Stampede for some experience.

– In the AWA, we appear to be on a gruesome death march towards Curt & Larry Hennig v. Greg & Verne Gagne as the main event of the Thanksgiving show.

– There was a running gag of sorts in Continental, as the Midnight Rockers were in for a few weeks and every week on TV Gordon Solie would start telling a story about Shawn Michaels and something that happened to him as a teenager.  And every week he’d be cut off just as the story is starting by some happening, until finally they got to the Rockers’ last show and Solie STILL hadn’t finished the story, and now Dave will never know what the interesting story about Shawn is!