There are moments when you can pinpoint exactly when a major promotion started to go completely off the rails.  This week is one of them.

– The top story of the week, and for a long time in general, was Ron Garvin winning the NWA World title from Ric Flair on 9/25 in their debut in Joe Louis Arena.  Garvin won with a sunset flip off the top rope at 33:17, with a so-so gate of 8000 people drawing $111,000.  Not a smashing success, not a huge disappointment.

– What IS a potential crushing disappointment now is Starrcade, especially with the Garvin-Flair rematch on top.  Crockett showed the first bit of weakness in his war with Vince, moving Starrcade’s start time back to 4pm CST to avoid Survivor Series.  However, he’s now directly competing with Thanksgiving dinner AND NFL football, which is a double trouble.  (Maybe he should run in Canada, where there wouldn’t have been Thanksgiving OR NFL football!)  Dave has suspicions that Vince only came up with this Survivor Series idea in order to screw with Crockett and keep him from getting into the PPV business, in which case it’s already a success before it even debuts because Crockett is on his heels.  Dave also wonders why Crockett didn’t move the show off Thanksgiving Day completely and run on a Wednesday or Saturday instead.  And again, running in the afternoon with Ric Flair v. Ron Garvin on top is just needlessly gambling with a losing hand.

– On the other hand, Crockett is planning on expanding his closed circuit business for the show, which will hopefully recoup some of the losses incurred by the WWF attack.

– In the OTHER bombshell, the WWF taped the first SNME of the season, featuring Randy Savage v. Honky Tonk Man for the famous “Liz takes a once-in-a-lifetime bump” and then Hogan saving Savage from the Hart Foundation for the big handshake.  Dismissive Dave immediately brushes it off with: 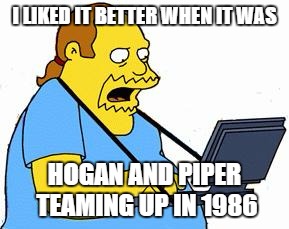 – Totally the same thing, Dave.  Not like this is going to become the biggest drawing angle in history up to that point or anything.

– From the same taping, Sika does the job for the mighty legdrop, as Dave confirms that Kamala quit because he didn’t want to do a job on national TV.  (And then his career never approached that level again.)

– Dave also lists another theory, as apparently Vince likes to put super-crap jobber matches right before Hulk’s big matches, so that Hogan gets even BIGGER reactions from the bored crowd who are longing for star power.  (That’s pretty diabolical. Kind of the fore-runner to the “death slot” matches of today, as well.)

– Roddy Piper did a pilot for a show called “The Highwayman” with Lyle Alzado, and unlike most of his projects this one actually made it to air.  It was 11th for the week, which is at least better than Hogan’s did. 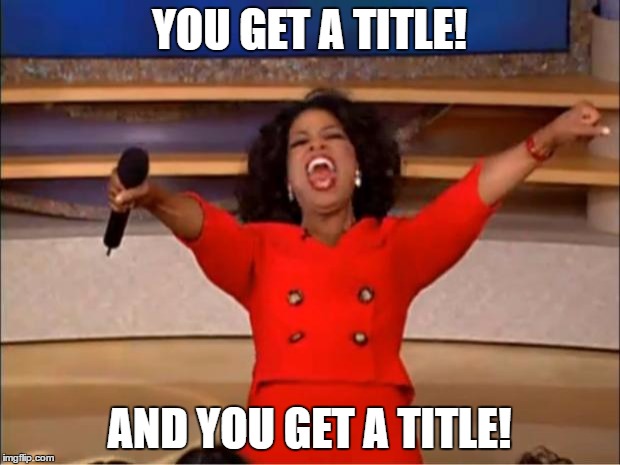 – Paul Jones is finally going to unveil his big surprise, and it’ll be Mighty Wilbur.  Jones is claiming to have never actually seen him wrestle before, but his good friend Red Bastien assures him that he’s great, and Jones feels that Red would never deceive him.

– Also coming in are Larry Zbyszko (and Dave is already terrified of a feud between him and Nikita) and a team called the Canadian Kodiaks who will be managed by Scandor Akbar.  (No idea who they were supposed to be.)

– Crockett is switching to a national TV taping format for the syndicated shows, and he’ll be running the first arena show in Cleveland and cutting it up into all the other shows.

– Konga the Barbarian has looked good in the past few shows Dave has seen, and now he’s on the “Push Barbarian more” bandwagon.

– With the Florida office being closed, Mike Rotundo’s Florida title will be added to the giant pile of belts recognized by the main Crockett promotion, but the tag titles will be abandoned.

– Turns out that Rip Oliver is headed for the WWF after all, and he started on 9/23 on the WWF show in Portland.

– To Japan, where rookie sensation Masaharu Funaki is stealing the show in the junior tournament for New Japan, and Dave thinks he’ll be the next big star on the level of Takada within a year or so.  (Funaki basically ended up becoming one of the founding fathers of mixed martial arts, so yeah, I’d say so.)

– Even with New Japan doing better at the box office (the tournament was a monster gate for them), the TV ratings are still trending down, so now Inoki and Baba have entered into double-secret negotiations to get Choshu back on TV right away.  Otherwise TV-Asahi is likely to move NJPW to a death slot.  Dave suspects that it’s a combination of fans being burned out on Inoki (perish the thought!), Maeda shifting the business to a more shoot-style philosophy, and Choshu being pushed as the biggest star of the promotion who is somehow never allowed to be on TV.  Dave also thinks that Inoki had better pray that it’s the third one causing the big ratings drop, because if it turns out to be either of the first two, he’s going to be out of a job.

– This week in Memphis Awesomeness:  Don Bass wins a battle royale or whatever for some amount of money (like $10,000) but it’s a disputed finish, so the storyline is that the promotion demands the money back.  So Bass brings out a gray-haired old woman in a wheelchair, whom he claims is his sickly old grandmother who needs the money to pay for medical bills.  Jerry Lawler and Bill Dundee come out to call him on it, and Carl Fergie jumps out of the chair (in drag) and attacks the babyfaces to set up tag team matches.   STUNT GRANNY!

– For those keeping track, Kevin Von Erich did indeed manage to break Brian Adias’s thumb at the most recent show, which now ends the ridiculous “Oriental tool punch” storyline once and for all.

– Curt Hennig did in fact settle his contract dispute with Verne and has been given the AWA World title back, allowing the wrestling world to dodge that bullet that was AWA champion Greg Gagne.  Curt will be working some All Japan dates to make up the money he felt he was owed.

– The AWA will be adding a TV champion and running a tournament for that.

– Despite Madusa getting the Women’s title soon, she’s still terrible and her promos with Kevin Kelly and Nick Kiniski make them all look like kids who are doing pretend pro wrestling interviews.

– To the WWF, where the commission in New York backed down on suspending George Steele and Billy Graham due to 99% of the tax money that funds them coming from the WWF itself.  (Corrupt politicians, film at 11.)

– Tickets were going slow for the last MSG show, but Randy Savage was announced as subbing for Jake Roberts against Honky Tonk Man and suddenly they sold out to the tune of 20,000 tickets.  It wasn’t the main event, but still, the evidence was pretty strong on that one.

– They went back to Nashville on 9/26 and Harley Race was specifically announced as “the King”, so Dave suspects the legal battle with Lawler went their way.

– On the WWF TV shows hyping Piledriver, they keep claiming that the Wrestling Album went gold, which is a blatant lie.  Dave thinks that maybe it went Santo Gold.

– The final outcome of the AWA v. Deep South war should be obvious, but Deep South lost badly and now all the guys from the promotion are calling Jerry Blackwell looking for work.

– Al Tomko has changed format of his TV show, going from All Star Wrestling to Wild Women of Wrestling, featuring all women’s matches or mixed matches.  (I don’t remember that at all.  We’re not even into the Mauro Ranallo era yet and I remember them running with guys like Michelle Starr on top for years afterwards, selling out my high school gymnasium around 1989.)

– Corporal Kirschner as a top babyface in Stampede continues to be a complete disaster.  He’s not only wrong for the role, but one of the worst workers in the territory.

– Buddy Roberts apparently quit the Freebirds because he was tired of life on the road and wanted to concentrate on his baby boy.  (Well, he got his wish, because Michael Hayes sure as hell moved on without him!)

– Dave is annoyed that the Crockett TV show tried to pretend that the Garvin title win was being aired “live” from Detroit, when the Rock N Roll Express were right there in the studio and then magically appeared in the ring to congratulate him! 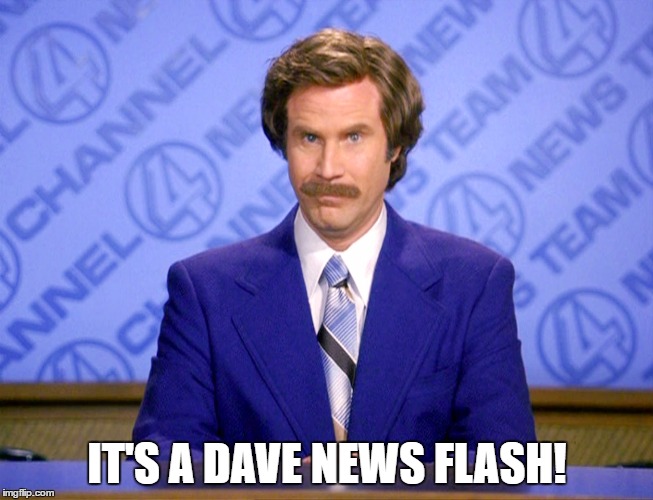 – RIKI CHOSHU IS CLEARED TO WRESTLE ON TV AGAIN!  More details next issue, but Baba and Inoki were finally able to work out a deal.

– With Choshu coming in right away, Inoki is already working on a way to steal his thunder, this time by booking himself against Masa Saito in an Island Death Match, where they are flown to a remote island with no crowd and no ring and fight to the death (or submission, whichever comes first) from sunrise onwards.  It’ll be filmed for TV, of course.

– In Obvious News Is Obvious category, Jim Crockett was unanimously elected President of the NWA at the latest convention, which at this point is almost literally a JCP company retreat.  The only promoters to actually show up were Crockett, Baba and Carlos Colon.

– Kerry Von Erich will return at the Cotton Bowl show in late October, and will probably end up with the World title by the end of the year.

– And finally, the big World Class show where Kerry announced his return and was hyped as being in the corner of Kevin drew a whopping 800 people, which Dave thinks might be a bad sign for the future of the promotion.