It’s a “slow news week” at the beginning of the issue, so you know what that means:  Dave will probably be franticly scrawling news flashes in the margins by page 4.

– No top story this week, so things are really slow.  Dave recaps the New Japan stuff from last issue, with Riki Choshu forming a new army to take on Inoki, and Dave thinks that it’s the single least logical angle of the past decade, owing entirely to the ego of Inoki.  (Just wait until he sees the draft from last night.)  Basically if Choshu was to do a main event feud with Fujinami or Maeda, that would mean Inoki would get bumped down to the midcard and that will not stand.

– Terry Taylor update!  He lost six inches of his small intestine, four inches of his large intestine, and his appendix.  He’s already announced for the end of July at the Bash, but that seems a mite quick for Dave.

– The New Breed’s accident came on a trip back from the Atlanta TV tapings, on the way to Florence, SC.  Their car hydroplaned and both guys were thrown through the windshield and were pretty mangled.  The car actually exploded, and had they been wearing seat belts, they would have been killed instantly by the explosion.  (Finally, a compelling argument against the evils of seat belts!  Libertarian wackos rejoice!)

– And uh, that’s it for the major news.  To the territories!

– The Million Dollar Man era has begun in the WWF, and people are pretty bitter about the gigantic push he’s about to get.  Dave is like “He’s an awesome worker with a great gimmick, what’s not to like?” but you know wrestlers.  One of Dave’s favorite targets from Memphis, Soul Train Jones, will be repackaged as his manservant Virgil.  (Oooooh!  I just got something!  Dave had been listing a guy named “S.T. Jones” in the Memphis reports for the past few months and I kept thinking it was just SD Jones and Dave was being weird with some kind of weird nickname thing.  It was actually poor Virgil the whole time.)  The whole “Virgil” thing is of course a deliberate broadside at Dusty Rhodes.  The character of Dibiase is intended as a cross between Ric Flair (rich playboy) and Vince McMahon (everyone has a price, anything can be bought).

– And now, the secret origin of the Midnight Rockers firing.  Remember how Duggan and Sheik were fired and the company was taking a hardline stance against ever bringing them back?  Well, they gave a big speech on the subject backstage at the TV tapings where the Rockers debuted, and wouldn’t you know they immediately went out and did all the things that Sheik and Duggan were fired for doing.

– Speaking of Sheiky Baby, he’s doing a year of probation for the coke charges and the charge will be expunged if he completes it, so now Sheik is already calling the WWF and begging to come back.  Chances don’t look good for him.  Duggan’s case is still unresolved.

– Jim Barnett’s suicide attempt actually came after an attempted power play against Vince that went very, VERY badly for him, and now he’s unemployed.  (That was basically it for him in the business, as well.)

– Mr. T is working the TV tapings doing a troubleshooting referee thing that’s supposed to lead to a T v. Danny Davis feud.  (I barely even remember this.)

– Don Muraco turned babyface (several times over the course of the house show series, in fact) and was heavily pushed in that role at the TV tapings.

– Ricky Steamboat was supposed to work the tapings, but no-showed, so his sabbatical has already started.  (Not by his choice, as it turned out.)

– Junkyard Dog is back on the roster, doing jobs in a nothing role now, as his days of being protected and pushed are now done.

– Bam Bam Bigelow has been working prelims as a babyface, and word is that they’ll do the deal where all the heel managers will make offers and then he’ll turn them down and be the face.

– Just for the sake of continuity, Ted Dibiase turned on Sam Houston in a prelim tag match at a house show to officially go heel.

– To Florida, where Johnny Ace began his glorious career of ass-kissing by agreeing to be the flagbearer for the Sheepherders.

– Lance Von Erich has moved to Puerto Rico, for those keeping track of his career.

– John Tenta is headed to Stampede to learn how to work North American style before he goes back to Japan for another tour in the fall.

– In Memphis, the main event on 6/23 was supposed to a double scaffold match with Idol & Rich v. Lawler & Dundee, but Rich no-showed and Paul E. Dangerously ended up taking a bump off instead, before getting fired for a confrontation with Lawler.  (I believe this was the famous match where Lawler broke Heyman’s jaw.)

– All signs are pointing to Steve Williams winning the UWF title on the 7/11 Oklahoma City card, but every time he opens his mouth on TV, Dave questions whether it’s the right move or not.  (Geez, he hated One Man Gang AND Big Bubba as champions, I guess no one’s good enough for him.  I kid.)

– Dave is also troubled by all the references to Western States champion Barry Windham on the show, since he won it on 6/30 but the shows were taped on 6/11.  Like, Dave wonders, what if Barry had been in a car accident like everyone else in the wrestling world this week?  (Pretty sure if Barry Windham was in a serious car accident, misrepresenting the Western States tournament would be the LEAST of their worries.)

– Dave decides to throw a bone to Crockett and points out that the Flair & Luger v. Garvins tag match on TV this week was the best TV match he’s seen in a long while.  Well that’s nice.  The end result is Flair v. Jimmy Garvin in a cage on 7/11, and if Flair wins then he gets a night with Precious.  Dave hopes they’ve got a creative angle thought up for this one.  (Careful what you wish for…)

– Dave goes off on ANOTHER rant, this time about Flair & Luger challenging the Rock N Roll Express for the tag titles, because it was already established that Ron Garvin couldn’t hold two titles at once and thus it makes no sense that the World champion would even be in a position to go for the belts.  Also, he points out, booking the RNR against the Horsemen in situations where the heels are gonna be wildly cheered is kind of the reason why people are now booing the RNR.

– Hot take:  Despite having all the UWF talent and footage to use on the main shows, Crockett isn’t using any of it, even though his product is desperately stale. 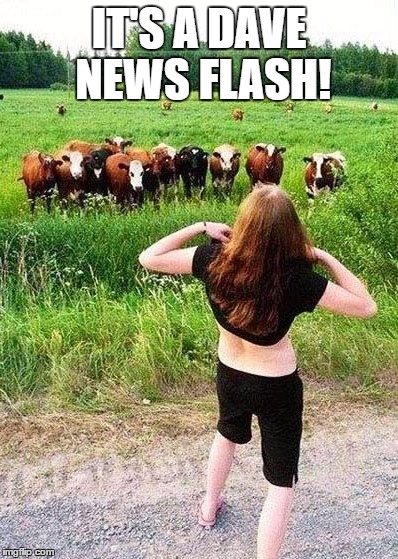 – Apparently Vince sprung an unannounced drug test on the boys before the latest TV tapings in Indy, but Dave can’t applaud Vince’s moral fiber too loudly when he pretty much forces talent to go on the gas with one side of his mouth and then does drug testing with the other.

– To World Class, where as promised last week Fritz Von Erich has begun Operation Bury Lance.  Kerry “outed” him as William Vaughn on the TV show, and said that he left the promotion because he’s too chicken to face Brian Adias, and furthermore he’s not even a real Von Erich!  Dave wants to assure Fritz that if David Manning is using Lance Von Erich as his top star, Fritz has little to worry about for competition anyway.

– Although Kevin Von Erich returned from Japan in relatively good shape (ie, not dead from drug overdose or beat up by the Yakuza), his handler Rick Hazzard suffered a nasty injury to the side of his face.  (Maybe he pissed off Maeda?)

– Apparently the surgeons who fused Kerry’s ankle together told both Fritz and Kerry that there is a zero percent chance of him ever returning to the ring, and both Von Erichs are devastated.  On TV they’re acting like Kerry will be returning any week now, of course.

– A local publisher will be coming out with a Von Erich family biography around Christmas, and it’s apparently mostly fiction.  (I must read this book!)

– Nothing going on in the AWA, but rumors are “strong” that Verne will be moving to San Fran to open an office with Ray Stevens and Wahoo, leaving the AWA to Greg Gagne.

– Finally, back to Japan, where Dave notes that the whole deal with Choshu teaming up with the other young lions is actually a “public airing” of a very real backstage power struggle to get the company away from Inoki.  There was very secret meetings on 6/20 with Choshu and the TV backers, and now the word is that they might all just pull out of New Japan completely and form their own promotion.  Dave thinks it’s all very crazy and awesome.