Time to wrap up 1986 in a neat little bow.  I’ve still gotta write the Sporting News preview for Money in the Bank and maybe do some TV reviews as a break from WON recaps for a little bit, so we’ll probably dive into 1987 starting on Monday.  Plus…Orange is the New Black.

– Merry Christmas from Dave!  And me too.  Except it’s June when I’m writing this.  But if you’re reading it in the archives in December, then MERRY CHRISTMAS!

– Continuing on with the saga of Dynamite Kid’s messed up back, he was flown into Calgary for surgery after being paralyzed from the waist down.  Obviously, doctors gave him some mumbo-jumbo diagnosis about “severe spinal disc and sciatic nerve damage”, and said that he should retire immediately, but what do they know?

– Exactly.  What do these quacks think, Kid is just gonna keep wrestling on a bad back until he ends up in a wheelchair for the rest of his life?  Come on.

– These same “doctors” told Kid to have back surgery six months ago, but Kid decided he would be totally fine to keep working on it because he’s a tough guy or whatever.  And as a result, he’s been unable to lift weights for the past two months and has dropped 20 pounds.  He’s also suffering from severe shoulder damage due to, wait for it, years of doing the diving headbutts.  I hate that move so much in hindsight.  As Dave notes, jumping off the top rope every night and landing on your back and neck is going to have consequences, especially combined with heavy lifting outside the ring.  And yet we STILL haven’t learned that lesson, apparently.

– Current plan from the WWF is to let it play out and see where it goes, and then do a tournament for the belts if necessary.  The favorites would be the Can-Am Connection.

– Onto Wrestlemania III, which as everyone knows will be held from both the LA Sports Arena and the Nassau Coliseum.  Obviously.  Main event will in fact be Hulk Hogan defending the title against Andre the Giant, plus Randy Savage v. Ricky Steamboat underneath, and Adonis-Piper and Race-JYD.  Also, Danny Davis is still heavily rumored to be wrestling on the show somehow.

– Dave notes that WM2 was a flop in just about every way, and they’re colder now than they were last year.  Andre as a heel is a new thing, but fans probably don’t realize that the match will be terrible.  Ticket prospects don’t look promising, and they’re going to be emphasizing this new “Pay per view” thing for the show instead of good old closed circuit.  “March is not going to be a pleasant month”.  Yeah, Wrestlemania III, what a flop that was.

– So here’s a weird one, as Dave notes that new Russian monster Vladimir Petrov will be brought in to feud with Nikita Koloff…and it’s John Nord.  Uh, no it’s not.  Someone got wires crossed on that one, unless it was the plan and then they suddenly changed their minds and hired Al the future drug dealer whatever his name was instead.

–  With the new Russian in, the other Russian, Krusher Khruschev, has quit and gone back to the Kremlin (or suburban Minny, whichever is closer), and no word on where he’ll end up yet.

– Also coming into Crockett…hang on, I need to just copy this one because it’s awesome in it’s cranky Dave-ness:

“Another expected addition […] is the much-ballyhooed Lex Luger, as a heel.  They’re already got Ric Rude, so what they need with Lex Luger is beyond me.  They better give him a manager is all I can say, but he won’t get over as a heel there without one.” 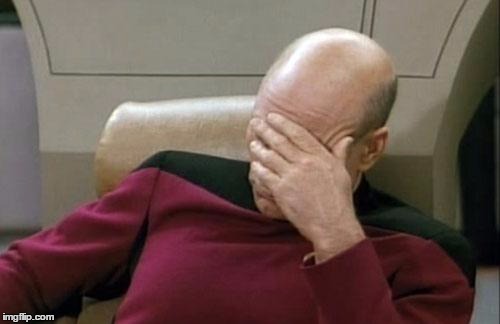 – Dave does concede that “the guy has the potential to be a major force in the business if he even had a slight concept of how to wrestle” and “maybe watching Flair and Tully play heel on a nightly basis will be a positive influence.”  YA THINK?

– Also moving is Bam Bam Bigelow, who finally quit World Class on 12/12 and will be starting with the UWF at the end of the month and getting a major push.

– Dave watched the 12/20 episode of the TBS show and wonders why JJ Dillon spends all his promo time putting over Dusty Rhodes when Dusty does such a great job of doing that himself?

– Crockett’s crazy “10-12 matches in three days” run actually sold tickets like gangbusters, doing sellouts in most places and lows of 10,000 when they didn’t sell out.

– The WWF actually ran a couple of matches in Philly after the basketball game, treating fans to Don Muraco v. George Steele and Hercules v. Koko B. Ware.

– The advertised Andre v. Savage matches were actually a double-swerve planned all along, as they knew Andre was turning heel and would be pulled from those shows, only to be replaced by the returning Ricky Steamboat instead.  Dave notes that it wasn’t actually a reaction to poor gates for the shows or anything like that.

– Dave still insists that there are no Bruno v. Savage matches booked and none will happen.  Except of course for all the ones that happened about two weeks after this.

– The WWF PR department has a fascinating new piece of wrestling history in case anyone was writing a book at this point:  Pro wrestling was actually invented by Jess McMahon in the 1920s!  Huh, how about that?

– King Kong Bundy actually has a goal of getting down to 280 pounds, and he’s already lost 35-40 pounds.

– Dave had the misfortune of seeing a tape of Outback Jack or “Outhouse Jack” as he’s now going to refer to him, and he’s the worst of all worlds.  He’s big, but not impressive looking or ripped, and doesn’t have any kind of wrestling skill or interview ability.  Dave does, however, have a sure-fire way to get him over:  Just announce him as Jimmy Snuka’s cousin.

– Slick’s elbow injury (he was wearing a sling for months) was actually caused when the Bulldogs’ mascot Matilda went off-script and bit him in the crotch during a house show, resulting in him taking a real life bump from the middle ropes to the floor and landing right on his elbow.  Like a trooper, however, he still finished the match and got treated later.

– In the AWA, things continue to look bleak.  Verne is cancelling shows around Christmas time, and downsizing to a smaller arena in Minneapolis to save money.

– This talentless Leon White guy continues to be pushed on top, and Dave has no idea why.

– In Memphis, Tommy Rich turned heel and kicked off one of my favorite periods for the territory ever, which is going to lead to some AWESOME stuff once Austin Idol comes back.

– In Calgary, Owen Hart is just ripping s--- up and Dave calls him the best wrestler he’s ever seen at that stage of his career.  He’s better than Bret right now!  I bet that didn’t sit well with Bret.

– Stampede also has some other promising rookies, like Hiroshi Hase and Chris Benoit.

– Stu Hart is actually talking about retiring the promotion once he can get the WWF to take over his TV slots.  However, the issue is that Stampede is 100% Canadian content (which, trust me, Canadian networks KILL for) whereas WWF is 0% Canadian content and would have a hard time getting around the CRTC restrictions.  Basically, Canadian TV stations were (and still are) limited in how much US programming that they can import, so if CTV cancelled Stampede and replaced it with Superstars of Wrestling, then they’d have to find another Canadian sports show to maintain the proper ratio.  When Vince took over the Maple Leaf Wrestling show from Tunney, they had to put local Toronto house show matches at the end of the show (which was other just the usual syndicated show) to meet CanCon regulations.  And then they just stopped one day because no one cared.

– Starrcade payoffs started at $1200 for the opening match guys and went up to $12000 for the actual stars.

– To World Class, where it’s the return of…

– Kerry is now managing Mike Von Erich on his comeback, and he’s telling the dwindling fanbase that Mike will soon have 21.5 inch arms, and that he’s going to teach Mike everything he knows.  Well no wonder Mike didn’t make it past 1987…

– The AWA saga of Scott Hall being advertised for every show since he quit three months ago is turning into something of a running gag now, to the point where he’s actually being advertised as challenging Bockwinkel for the World title in some cities!

– And finally, a former Titan referee is suing for injuries sustained during a match.  The WWF claims that they don’t control what happens during the match and so they aren’t liable, but the ref claims that since the moves are “orchestrated” they should have to pay his bills.  Hey, if the WWF had to pay medical bills for every referee who sustained a concussion from getting knocked out during a match, they would be bankrupt by now.