Do you get the feeling that the NBA finals are on a personal mission to destroy WWE’s ratings single-handedly?

– Not a lot going on in the weeks leading up to Xmas, so Dave has some followups to, er, follow up on.

– Lots of good feedback to Starrcade 86 (although Dave hasn’t started doing his traditional post-show polls yet) and he notes it was the most “consistently heated” show he’s ever seen.  Too many ref bumps, which you’d expect from a Dusty show.  Pff, just wait until 88 when he starts doing them to the point of what seems like 3 per show.  The gate probably didn’t break a million, hovering around $985,000, but it’s still big.  Overall, a big success.

– The only serious injury coming out of the show was poor Jim Cornette, who blew out both knees and will need surgery on them, and in fact never was the same afterwards.  For the moment, Baby Doll is managing the Midnight Express (and immediately doing a terrible job at it, as I remember).  It’s terrible to laugh at Cornette’s pain, especially someone with knees as bad as mine, but holy shit his impression of Big Bubba trying to catch him is always great whenever he tells it.

–  Manny Fernandez & “Ric Rude” (GODDAMMIT DAVE) won the tag titles from the Rock N Roll Express on 12/6 in a match that went so long that Dave fell asleep watching it.  Yeah, it was pretty long.  He was told it was good and “told a story” and liked the title change for no other reason than Morton is better as the sympathetic babyface chasing the heels.  I reviewed that episode fairly recently and that much was DEATHLY dull.  The problem is that Ricky is so ridiculously effective at getting his ass beat that anything past 15 minutes is just not believable for one human being to survive.

– Updating John Tatum’s condition (via Pro Wrestling This Week!) Dave reveals that the injuries were luckily not as bad as initially feared, but the legal troubles might make it hard for him to return.  Current target is 2-3 months from now.

– Back to Japan for more of the Brody saga, as he’s now making grandstand challenges to Inoki for a no time-limit, no-DQ, no-countout match where he’ll put his career in Japan on the line against Inoki’s.  Dave thinks this would be the key to drawing big money for Inoki’s next stadium show, but nothing ever came of it.

– Dusty’s new “Bunkhouse Stampede” gimmick is doing so well that both the WWF and UWF are copying it.  Hey, maybe Crockett should try running that gimmick on PPV!  What’s the worst that could happen?

– Dick Murdoch was supposed to be starting right away, but decided to make his Japan dates instead and no-show Crockett for the moment.

– To the WWF, where Dave is still harping on Piper’s babyface run and expecting him to turn heel again.  Well, he’ll have to wait a while for that.

– Dave goes off on poor Bonnie Steamboat and her interview on WWF TV after the Dragon injury, calling it “the worst piece of acting” he’s ever seen.  Oh come on now.  For those wondering what the heck he was actually doing during his “injury”, he was filming several episodes of the TV series “Sidekicks” and trying to get work as an actor.  Apparently his wife was the one who needed the acting practice if you believe Dave’s hyperbole here.

– Roddy Piper, after swearing for years he would never work in opposition to Don Owen, did a WWF show in Tacoma, WA, for the first time in forever.  Owen had pulled out of the area so Piper had no problem with it at that point, although Dave notes that the main event of Piper v. Savage drew a disappointing 4200 people and had no heat. 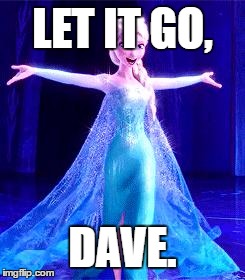 – Here’s a tidbit I dropped before but it bears repeating here:  The reason that they still pushed the voting for the Honky Tonk Man “vote of confidence” angle even though the whole thing was taped weeks in advance is that they want to beef up their mailing list before Christmas.  That is DIABOLICAL.

– The WWF is doing a weird battle of heels between Kamala and King Kong Bundy at house shows, with Bundy playing babyface.  We got that one in Vancouver, too!

– Dave notes that the Butch Reed thing isn’t getting over at all, despite Vince’s repeated assurances to anyone who would listen that the “black man with blond hair” gimmick would create the hottest heel in the world.

– Dave also notes that Harley Race is now a clown who is a joke to all his former fans and sells like he’s a cartoon character.  The King gimmick has DESTROYED him.  On the contrary, I think it added years to his career that he wouldn’t have had otherwise.  We’ll see if Dave comes around in later months.

– Dave runs down some house shows, and I mean RUNS THEM DOWN, basically calling all the matches crap in various ways.  And you thought he’d mellowed out!

– Take note:  Andre has been teasing a surprise when he returns, and Dave informs us that the “surprise” will be that he learned martial arts in Japan and so one chop is a pinning maneuver.  Because I mean, what other surprise could Andre possibly have when he returns before Wrestlemania III?

– To the AWA, where Curt Hennig is getting a big push against Bockwinkel because he’s been very vocal about wanting out and Verne wants to keep him.  He doesn’t wanna, like, put the World title on someone new or anything, but he’s still gonna push him as hard as he can while denying all the rumors of him leaving.  Dave notes that Verne was also denying Scott Hall’s departure for weeks while he was gone, until he finally did a newspaper interview and admitted that yes, Hall was done.

– Apparently the ESPN contract ($4000 a week according to sources) is pretty much the thing keeping the AWA alive at this point.

– Dave’s comedy segment of the year is Donna Gagne doing a “rumors” segment on the TV show where she talks about how Greg is being considered for the cover of the Wheaties box because of his strong beliefs that drugs and alcohol are bad for the youth of the nation.  Hell of a strong stance there, Greg.

– Back to Japan, where New Japan has been having credibility problems thanks to Brody and Steve Williams cancelling their tours.  Dave then wins the week by noting that their credibility will be even worse if Mike Von Erich is allowed to beat anyone while he’s there. 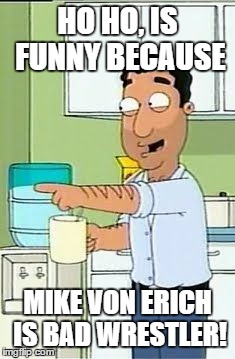 – Hey, you think that the Last Blood match was the most Memphis match ever?  YOU’RE WRONG!  They managed to top themselves this week with the NEW ZEALAND DEATH BOX match between Jonathan Boyd and Jeff Jarrett, where it’s like a casket match but instead of a casket it’s a wooden box and instead of nothing in the box there’s a SNAKE and the loser is the guy who gets stuffed into the box with the snake and presumably bitten to death or eaten or whatever.

– To World Class, which is looking up because anything better than extinction for the promotion is a step upwards at this point.  George Scott has been fired as booker and replaced by the duo of Gary Hart and David Manning, so things are at least booked better now.

– Zulu was fired from World Class for refusing to do a job to Mike Von Erich.  This is ridiculous on a lot of levels, most of which is actually against Zulu because he’s even worse than Mike Von Erich and in fact a nutcase who burned so many bridges that he should have been happy just to have a job.

– Bruiser Brody is apparently headed to Florida for some matches with Lex Luger in early 87.  Stay tuned for THAT story!  Let’s not spoil it in the comments for those who haven’t heard it yet, we’ll get there soon enough.

– Kerry Von Erich had been targeting a Christmas return to the ring, but something happened, and they shot an angle with Al Madril attacking his bad leg to put him “on the shelf” for another few months and explain his absence.  So you can blame Al Madril for his false foot, I guess.

– Dave is pretty disgusted by Crockett’s TV announcers all talking about how Magnum will be back and better than ever, because it’s giving people false hope that isn’t there.  And yeah, he was absolutely correct to be mad about that, since Magnum was at no point even considering a comeback and was just trying to walk again.  All it’s doing at that point is exploiting something real.

– The UWF taped the semi-finals of the Pro Wrestling Illustrated tournament, with Dr. Death beating Buddy Roberts and the One Man Gang beating Duggan by DQ, leaving the finals as Williams v. Gang.

– Also at the TV tapings, they announced that John Tatum had been in a car accident and broken both legs, and the crowd cheered wildly.  Dave is like “And you wonder why advertisers treat wrestling fans like dirt?”

– THIS WEEK IN JACK VICTORY:

– Dave stops in the middle of the UWF report to ruminate on how Jack Victory must be the most underrated guy in the business right now.

– THIS HAS BEEN THIS WEEK IN JACK VICTORY!

– See you next week.