This has nothing to do with the WWE

Before the show, Jobber runs up to GM Bayless as he is pissed about Parallax walking out on his match against Jef Vinson last week. GM Bayless says that was not part of the plan and that Parallax better give him some answers this week. The GM then tells Jobber to concentrate on The Fuj or his match at BoD Hell in a Cell.


Outside the arena, Assistant GM and Director of Operations and Paper Goods, Justice Gray, awaits the arrival of Parallax.


In the arena, Landmonster has ravished through the entire catering table as there is no more food to eat as a result.


Oh my! We are GITTIN’ FUN-KAY right at the start of the show. HA HA HA HA HA HA!!!!!!!!! Ray & Joe try to sneak attack their opponents but the Funky One’s duck the attack and elbow them in the head. They follow that with a double noggin-knocker as the GM’ lackeys duck outside for a breather as DDH & Lil’ James GIT DOWN in the ring. LOOK AT THAT FUNK!!!!!!!!!!!!!!! Ray comes back in as DDH pounds away at the arm. Lil’ James tags and he breakdances before popping up and hitting an enziguiri. James gets his Irish whip reversed but Joe knees him in the back from the apron then tags himself into the match. Joe targets the back as Gary jumps up on the apron to distract the ref as James gets double-teamed in the corner. Ray tags and heads up top but misses a splash as both men are down. James goes for the tag but Gary jumps up on the apron and distracts the ref and he does not see the tag take place and orders Harris to the apron. He will have to maintain the funk outside of the ring for now. Joe tags and goes after the back but misses a double knee smash in the corner and he is done. Ray comes in and tries to yank James back but gets kicked instead and he makes the tag to Harris as WE GITTIN’ FUN-KAY IN DA HOUSE!!!!!!!!!!!!!!! DDH takes care of Joe & Ray. Gary jumps up on the apron but Lil’ James cleans his clock as he drops. Ray charges and gets dumped over the top and onto Gary then DDH picks up Joe and hits a running powerslam as James climbs up top and drops the leg for the win. After the match, DDH and James GIT FUN-KAY!!!!!!! HA HA HA!!!!!!!!!!!!! YESSSSSSSSSSSSSSSS SIR!!!!!!!!!! DO DA DIG, DAWGS!!!!!!!!!!!!!!!

Lets show you what has happened to Tommy Hall and how he has fallen on hard times Hall will be facing Andy PG in a “Double or Nothing” match and if Hall loses, he will have to give up another paycheck to Andy:

(At the e-book Estate, an unshaven Hall is shown surrounded by cups of Ramen Noodles as he is unable to afford his “Pick Two’s” at Panera Bread. In a dirty Mark Teixeira t-shirt jersey as he the Mitchell & Ness repo men are taking his throwback collection off in a fleet of cargo trucks as he has not been making his payments. Hall is on a beanbag chair as he begs a repo man to leave him just one throwback. The repo man feels sorry for him and tosses him a jersey. Hall opens it up and he sees it is his favorite University of Kentucky Tim Couch throwback. He clutches it like a child to his blanket then the vibration from his off-brand smartphone can be heard in the distance. Hall slowly crawls over and looks at the screen and appears surprised. He answers as he camera cuts out.


Who has called Tommy Hall?

Outside in the parking lot, Justice Gray is met by Bill Ray, Average Joe Everyman, and Rockstar Gary. He first asks them if they have ever won a match as they then all blame each other for losing tonight. Gray then tells them to all wait here with him for when Parallax arrives.


The “HUSS” section has appeared to have grown tonight. Warne starts off with Williams as they tussle back and forth. theberzerker can be heard yelling “HUSS” from the apron as the “HUSS” section follows suit. theberzerker tags as does Curry and we get a lot more HUSSING. Curry attacks theberzerker, who just HUSSES until he gets kicked down. Coming down the entrance ramp is the “Job Mob” and they are up to no good as usual. Big Dirty Murph sparks a joint as he takes some popcorn away from a kid in the front row. Murph then tells the kid to get a bigger size next time so they can all share and dumps it over his head then as the Job Mob comes down to the ring, Curry and Warne fly outside and take them out with topes and they start brawling in the aisle. Cabspaintedyellow comes down and spears Zanatude and the unofficial BoD Six-Man titles as the referee has counted Curry & Warne out of the match as Curtzerker wins! The Job Mob eventually retreats through the crowd.

And now, a highlight video of Kaptain Kiwi and the adversity he has overcome to get where he has today:

We are shown the beginning of 2014, with the former YJ2310 the 13th ranked poster and having a good life. All of a sudden, that ended when he fell to #14. When that happened, he kept on losing matches and had the worst year ever. Soon after that, he fell to #16 then when the Top 20 got condensed to the Top 18, he was off all together. After collecting losses like it was his job, he decided to to the only thing that could save him: gain the knowledge and skills of the truest legend in our sport, Sir Tony Garea of Auckland New Zealand. A training montage is shown of YJ2310 fucking up at first and getting yelled at then finally catching on until Mr. Garea felt confident enough to teach him all he knew. Sir Garea has YJ2310 hold a random Kiwi scrub in a 47 minute-long abdominal stretch. After that, YJ2310 was no more and Kaptain Kiwi was born.


A poster comes across the screen with Mr. Garea as the spokesman of New Zealand’s finest canned cheddar cheese with Kaptain Kiwi coming close to replacing him. Here is the poster: 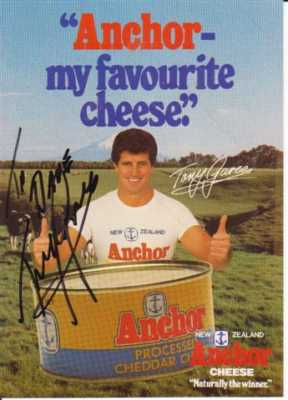 “Mr. WCW” Chris Fothergill-Brown vs. Stranger in the Alps


Stranger is out with his new contact lenses tonight. Chris F-B cut an insert promo before the match. Here it is:


Yes, he just named off a bunch of random WCW B-show jobbers. Anyway, Stranger is not messing around as he wants to send a message to Matt Perri & Miss Danielle that he is not about to lose the BoD Writer’s Championship tonight. CFB battles back and hits Stranger with a DDT that gets two. CFB tries a hurricarana but that is blocked and Stranger powerbombs CFB then hits the Can Opener for the win.

Backstage, Magoonie walks up to Steve Ferrari. He said that he had to pay for the Toyota Yaris by himself this week as Ferrari no-showed him at the Budget rent-a-car counter. Ferrari said that he got dropped off by a towncar after appearing on “Saskatoon Sunday Morning News Hour” and also has a ride back to the airport. Magoonie asks to make sure if he is ready for their tag match at BoD Hell in a Cell and he says yes. Ferrari then tells Magoonie to say hi to Piers for him as he has to film a community discussion panel piece back in Queens.

A package has arrived to the GM’s office. Bayless opens it up and it is a key with a note that tells him to down to the loading dock an open a larger box. The GM seems weary but heads down to the docks.

Cultstatus comes out for his match tonight but from the crowd comes Parallax! He attacks Cult then they brawl around the ring. Parallax takes a chair and whacks Cult in the head then just leaves through the crowd

And now, a day in the life of BoD Strike Force

Matt Indeed picks up Mar Solo in his sweet 1986 Chrysler Lebaron convertible, who enters with two trays filled with large coffee cups. Solo apologizes to Indeed that he didnt and coffee for him as he was in a rush. They go to the barber as Solo gets the “1987 Rick Martel” cut but Solo is unable to sit still in the chair as he is distracted by pedestrians walking buy with coffee cups as Solo runs out to ask if he can sample their coffee. After 45 minutes and no hairs cut, the barber pulls out a wig that is similar to the requested cut and gives that to Solo instead, who is so happy to get a gift that he picks up the barber repeatedly then does leaping high-fives as he runs down the street and way too far for our camera crew to catch up.


GM Bayless heads down to the dock. He opens up a giant box and sees a door. The GM opens the door and his eyes are in shock as he sees Jef Vinson’s whore of a valet and she kicks him right in the Jimmy!!!!!! Ouch!!!!!!! The valet stomps on his junk like she is Marcus Vick then Vinson pulls up as he has his valet hop inside. Vinson waves to the GM as he peels away. The GM is not happy and potentially impotent after that attack. A shadow then appears as the GM looks petrified. ITS ARCHIE STACKHOUSE!!!!!!!!!!!!!!!!!!! Stackhouse grabs the GM and carries him over his shoulder. Justice Gray and his lackies run down but the Riverdale Covenant and there newest member, NEBB 28 stop them from intervening. WHAT WILL HAPPEN TO THE GM

The lights have dimmed as “Maggot Brain” plays as the crowd goes nuts as they know its………………The Fuj!!!!!!!!!!!!!!!!!!!!!The Fuj slowly saunters down to the ring…“Once again it is time for you and the Fuj to engage in some intellectual intercourse.The scene is set. We are just days away from jobber put up his championship title against the unequivocally, unapologetically, unabashed, unashamed greatest wrestler in the world today!!Time and again, I have proved it on the big stage… On the grandest platform of them all the Fuj has stepped up to the plate and excuse the mixed metaphors and knocked it out the park for a grand slam. Every time.No disrespect to jobber. A Great guy.  A great performer. A great champion but this isn’t jobber jones going up against David mckickflip in front of 250 at some bingo hall. This is the Fuj. Main event. We are talking big purses full of big money. Huge house. Turn aways at the door. Jobber do you honestly believe that you can perform at that level? Do you in your heart of hearts think you have what it takes to not only step up but to dethrone the alpha and omega?! ““Please Ladies and gents if you could just quiet down for a few more minutes, I’ll be done and we can continue on with the enhancement talent”“I will answer that question for you. The answer is no. And that is why jobber will not leave the ppv with the title because it’s nothing personal……it’s just business…”

BoD Hell in a Cell