So, three of the boys from the SyFy Channel generation of MST3K (Mike Nelson, Kevin Murphy and Bill Corbett) have all moved on to do a project called, “Rifftrax” which, essentially, are downloadable audio commentaries you can listen to while you watch the latest cheesy movies Hollywood releases.

A few years back, they started releasing their Riffs to theaters.

Last night, they did “Sharknado”.

Before they do any shows, they run pre-show trivia slides which, of course, mock regular theater trivia slides (eg: “MOVIE MISTAKES: Megan Fox as April O’Neil”).

Last night was no exception and included a slide with a clever plug for themselves that turned out to have a punchline swerve Vince Russo would have been proud of.

I thought this was kinda funny… 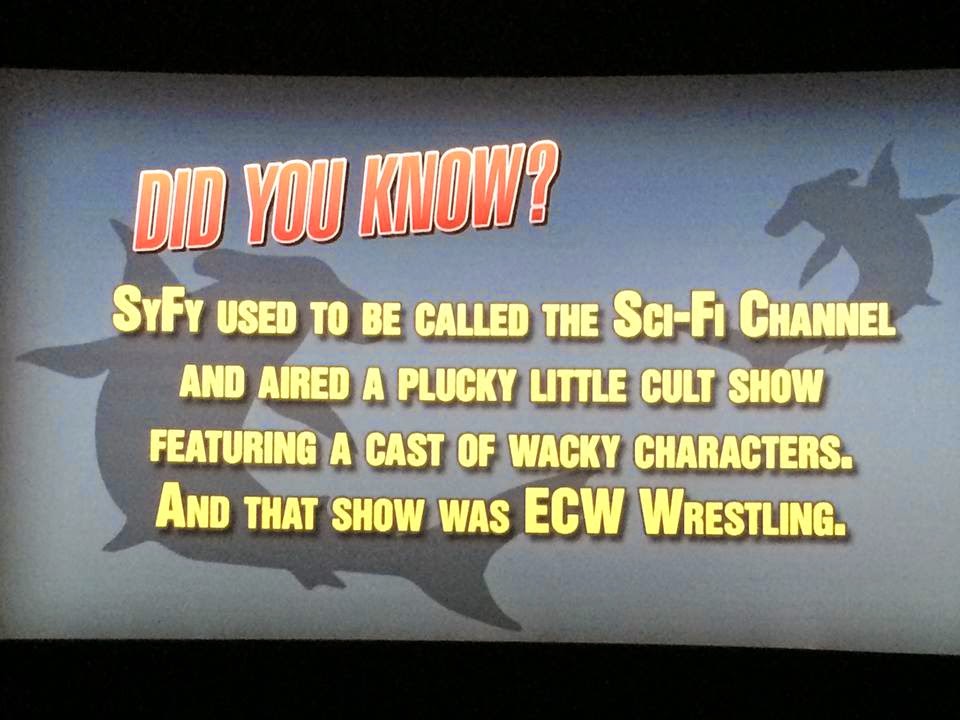