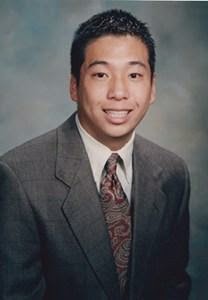 I’m a rookie at Scott’s Blog of Doom.
As many of you know, I contribute my weekly Main Event recap to the BoD
every Tuesday. Of the more popular posters was “Officer Farva” who, in
real life, was a 31-year-old guy named, “Mark Robert Haas”.

On May 22nd, 2014, according to a recent news report,
Haas was attempting to cross Highway 19 in Clearwater, Florida when he
was hit by a car. The authorities pronounced Haas dead on the scene.

I’m
not going to pretend I knew him well or that I had a camaraderie with
him. It’s also not my intention to grandstand. I’m simply trying to come
to terms with how I feel and to attempt to bring some comfort to
regulars at the BoD because I know, like me, they’re a little shaken up
by this.

I think we all feel the same way and can’t really put into words where we’re at.

Judging from the outpouring of sympathy by the regulars here, Haas seemed to be well-regarded at the BoD. They speak, in volumes, of his
humor and wit and of the conversations and debates he would engage in
regarding the world of pro-wrestling.

Personally, I like to chat and argue with everyone on the boards but I
never really decided to talk to Farva or to many of the popular posters
because I’m always insecure about coming off as a sycophantic ass. I
figured that the bigger guys might eventually comment and we’d end up
talking.

On just the first review I wrote, Haas took a
little time to welcome the new guy from his own crappy, little indie
blog with his wry wit:

Beyond that, I never really got to talk to him much. I really wish I had.

In
moments like these, I find myself dumbfounded by the randomness of this
world. Any of us can go at any time for just about any reason. It’s
humbling and extremely unfair. It’s a notion that I’ve rebelled against
but eventually accepted.

Today, for instance, I went to a San
Jose Giants game where the proceeds will go to the American Cancer
Society. I am involved in this because of one of my
close friends who, in his mid-40’s, was diagnosed with cancer.
Fortunately, he’s a survivor and he is in the recovery stage. It was a
long, hard road and he was one of the lucky ones. I did my best to help him along the way, taking him to his chemo appointments and attending Relay for Life functions.

It was unfair, the whole thing. He had taken to restarting his life, working hard to lose a lot of weight so that he could live a longer life…and then cancer shows up to ruin the party.

But, that’s the way of things.

Right
now, the feelings I have are hard to quantify. It’s not sadness so much
as it’s confusion and strange awkwardness. We didn’t really know Haas
personally. We didn’t interact with him face to face. Yet, we all had
some sort of connection to him. He was one of many of us: a young
wrestling fan just going about his day when the horribly unexpected
happened. In that way, we’re all connected.

My great Grandmother used to have a small wooden sign hanging in her living room that read, “L’amore non conosce distanza” which, in Italian, essentially means, “Love knows no distance”. It was one of those things you’d buy at a farmer’s market or wine festival that costs about five or six bucks and would look good next to the picture frames of all your relatives.

In moments like these, it ceases to be a Hallmark card line painted on a piece of wood and becomes something else.

I
cannot even begin to imagine what his family is going through but I’d like to think that, even though they may not know who we are, they realize Haas had a second family with Scott’s Blog of Doom who loved him for the wit and wisdom he’d reveal in every day conversation.

The
other lesson to be learned in all of this is one that’s probably cliche: life is f------
short, so love and respect those around you and look out for those you hold
dear.

Rest in peace, Mark Robert Haas. You will be sorely missed by everyone you knew — including all of us B+ Players.